These Photographers Are Raising Awareness of Breastfeeding in Public

by Amaliah Team in Lifestyle on 6th August, 2018 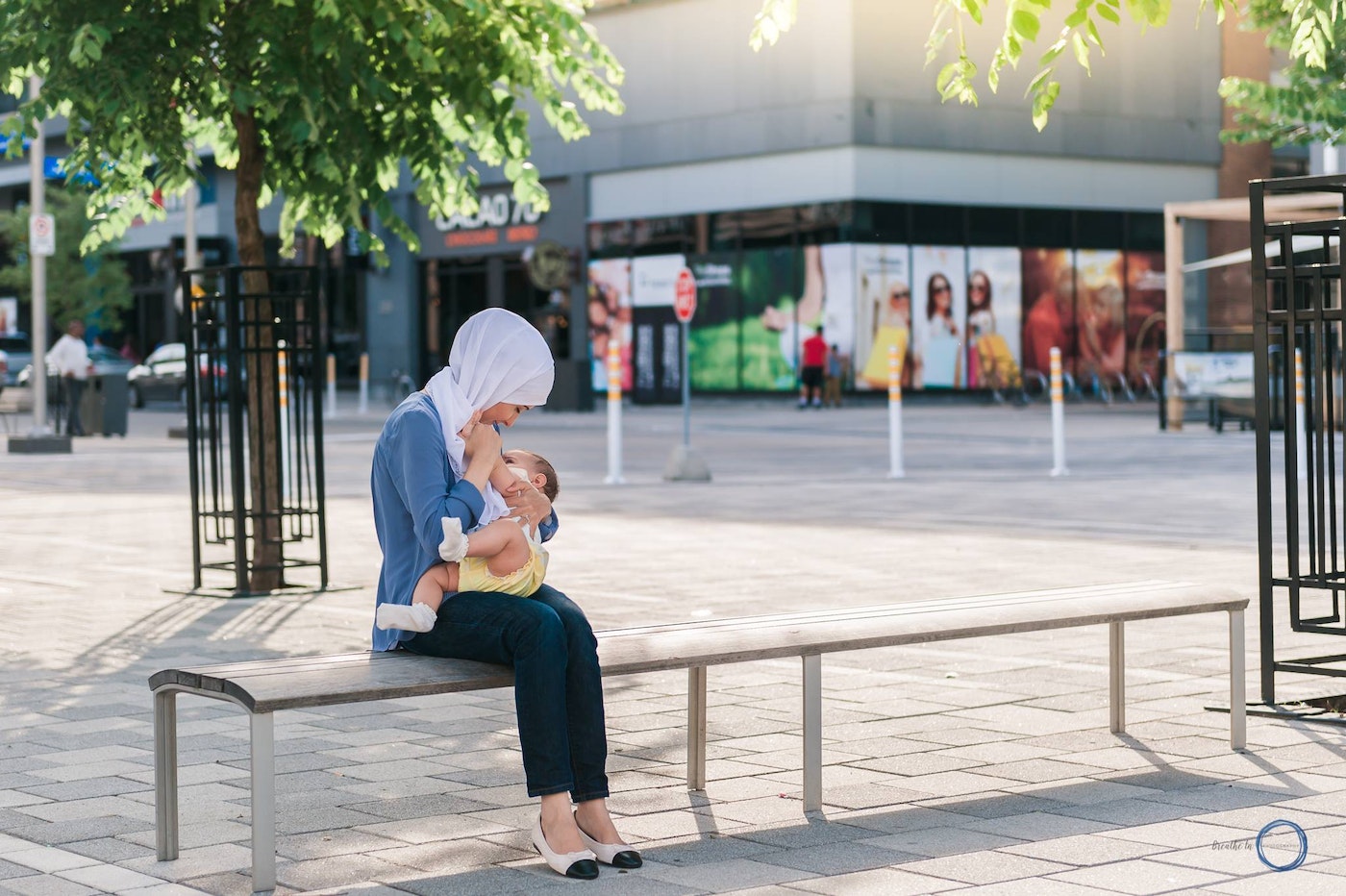 The Public Breast Feeding Awareness Programme was founded in 2013 by Leilani Rogers with a simple aim; to normalise breastfeeding around the world. PBFA is a group of 75 talented photographers from around the world who are working hard to normalise breastfeeding in public, by showing the beauty of breastfeeding in real life. In 2014 PBAP went viral and has since been published in The Huffington Post, Redbook Magazine, The Stir/Cafemom and Babycenter. You can find the best of #PBAP2014 in all your social news feeds!

So proud that my daughter Alia is the first baby to be breastfed in the federal Parliament! We need more #women & parents in Parli #auspol pic.twitter.com/w34nxWxG0y

This week we saw Apple announce a new set of emojis which included a woman breastfeeding as well as a hijabi!

“Breastfeeding is the most special thing about my relationship with my daughter, it is a special bond between her and I, no words can explain how grateful I am for it. As a Muslim woman, like any other women, my experience of breastfeeding is a privilege that my body has, I am able to provide essential nutrients to my daughter. Islam values motherhood by encouraging the mom to breastfeed her child until she turns 24 months. Breastfeeding is not easy, but with patience and confidence; my religion has motivated me to continue breastfeeding as long as my daughter needs.” ~Mary & Dalia (7 months)

"Breastfeeding is the most special thing about my relationship with my daughter, it is a special bond between her and I,…

We love diversity here at PBAP, and this image from Second Ave Photography is making me smile today. It reminds me of…

"A mother's love for her child is like nothing else in the world. It knows no law, no pity, it dares all things and…

The beautiful bond between baby and mama in this photo by Second Ave Photography is undeniable! It's upsetting how this…

Great image from Re-cordis Fotografía! "My experience breastfeeding Joaquin has been super different from the first,…

“It is not our differences that divide us. It is our inability to recognize, accept, and celebrate those differences.” ― Audre Lorde