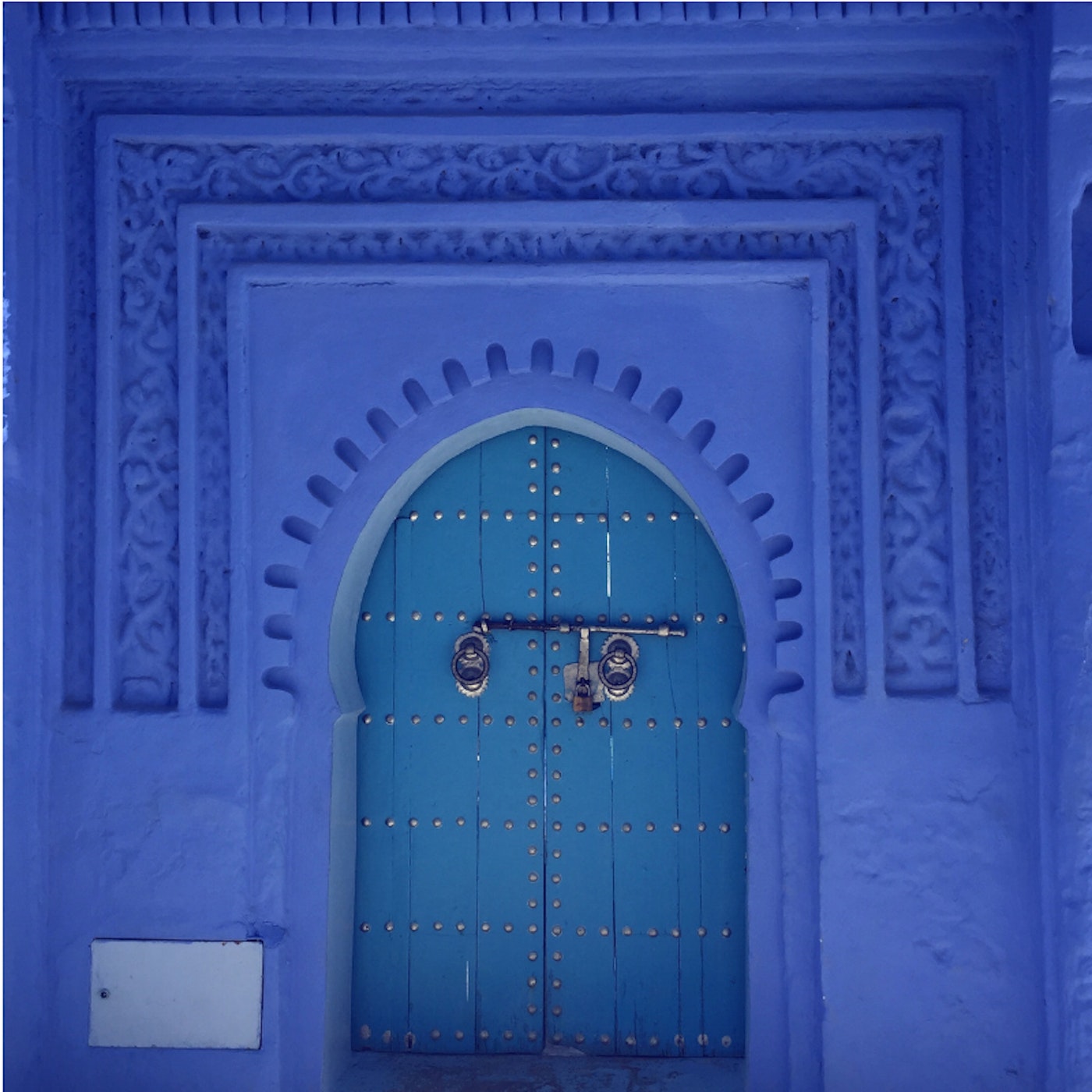 “The world is a dangerous place for men, they have been made weak when it comes to women”

I’m pretty damn fed up of hearing about how immensely difficult life is for Muslim men. I’ve heard it endlessly for years, from scholars and books as well as individuals in my life. The notion that a woman’s physicality has manifested solely as a near impossible trial for men is so widespread and warped within our societies. No doubt this is the root for the compulsive obsession Muslims have with the concept of physical hijab.

I’ve had it instilled that I need to cover up as much as possible so that I don’t tempt men, I’ve heard a well-known Youtuber crying for fear of leaving his house because of the way women dress and heard a scholar reassure women that if they find their husbands ‘checking out’ other women, it’s not a reflection of themselves, rather a symptom of living in this western world. The sheik meant well but in making such a statement he reinforced the idea that a man’s religion and sin in this area is actually nothing much to do with the man himself.

As a girl growing up, doing my best to seek knowledge and practice my faith, I was bombarded with the concept that men are basically these helpless, pathetic beings who are governed by their sexual desires, that they are better adapted to blood flow to their groins than their brains. That as a result of their being almost entirely out of control by physiology and Godly design, us women must be understanding and compassionate of their condition. We must hide as much as possible, and be sympathetic and controlled (oh the irony) if and when they slip up, be it before or during our marriage to them. We must ensure we are utterly beautiful and enticing for them, ready for whatever they want whenever they want it, to ensure they don’t feel the need to stray or get frustrated (or of course be cursed by the angels). These double standards are echoed through our nations, be it through FGM, honour killings and hypocritical treatment of boys and girls growing up to name a few.

It never really sat right with me, in fact it always made me feel angry and very nauseous. It was when I began considering marriage for myself that I looked into this further, and through conversations with men around me that I realised how horribly wrong we have it.

Firstly, I realised that a male’s mental/physical response to the sight of a woman, be it on the street, at work, on TV or a billboard is not physiological. It is NOT unavoidable, inevitable, instantaneous on exposure. It is intrinsically linked to his spirituality and state of mind. For example, if a man receives a phone call informing him that his mother has had a heart attack and is in critical condition in hospital, and then has to walk through a crowd of barely dressed models, he is very unlikely to experience any type of visual desire or physical arousal, and most (normal) men would hurry on through without taking any notice whatsoever of his surroundings, as his mind and heart are elsewhere. If he was innately programmed to experience desire at the slightest glimpse of female flesh or beauty, he would have stopped to ogle at least. In the same way, a man who has nurtured his desires to a carnal degree and is more often than not in a state of mind that is receptive to sexuality anywhere and everywhere will be able to find pleasure looking at women while performing Tawaaf AT GOD’S HOUSE. And we all know how often sexual harassment occurs in Makkah. What this means is men, CAN control themselves. That’s right, it is up to them whether they allow themselves to take in what is around them or not.

The way we speak about men and this tragic, animalistic ‘weakness’ would lead one to believe that there should be a lighter punishment for men than for women for not controlling the gaze or private parts. Well, there isn’t. It is also an insult to the best of men.

None of this attitude makes sense when transposing it onto the most perfect human being who ever existed, our beloved Prophet Mohammed SAW. Like all prophets, he was incapable of sin (according to our definition of the word), and was entirely pure in every way. He moved his followers away from the sexualisation and objectification of women that was rife at the time, encouraged men and women to lower ‘of’ their gazes, and pointed us towards occupying our inner states with spiritual and personal betterment, while allowing us to enjoy physical desire solely within the beautiful institution of marriage. The way he lived his life included interacting with many women, in totally legitimate, innocent, what could be considered professional ways. Furthermore, we know that the society to which he and his followers were born was full of promiscuity, lewdness and abuse of women. The many slave girls within their tribes were not allowed to wear anything other than a loin covering, similar to the men. Meaning that their entire upper bodies and legs were exposed at all times. The free women wore sheer revealing clothing. That’s right, the best of humanity, those men we look up to above all others existed at a time when women were scantily dressed if dressed at all, and managed to attain unrivalled nearness to God, control their gazes and thoughts and function normally within society.

We have forgotten that the issue of sexual fitnah in a man’s environment is directly linked to their closeness to God. Taqwa. Men need to stop feeling sorry for themselves and each other as a means to evading responsibility over themselves and their souls, as we have seen, the society we live in and the way women around us dress is not unique to us. The disproportionate number of books and talks on gender relations is bizarre considering how clear and simple our Nabi SAW made it. We have become obsessed with clothes and lack of them, with draping cloths and tight dresses that we have forgotten about the reason why our faith exists. Spiritual purification, gaining control over the base desires ie food, sex, pleasure in order to attain nearness to The Divine. Rather than blaming circumstances, men and women need to realise that the issue lies deep within, symptom of a serious disease in the heart. A person’s environment (beyond what they can control) is irrelevant, and our attribution of blame to these is a cop out.

Men and women both have sexual desires.

If it was only men then why would we have been told of the story of Prophet Yusuf AS and Zulekha when she tried to seduce him, after (along with all the other women) being overcome with desire. The story of how Yusuf AS rejected her advances and guarded himself inside and out. And I very much doubt she was wearing a burka. Physical desires are not exclusive to males. It is all about a delicate and perfect balance that God set out to regulate, protect and honour those desires. The notion that all men are highly sexual beings and that all women aren’t is also extremely problematic and untrue. Everyone is different and black and white blanketing is never valid. Neither is this issue of wandering eyes and thoughts and more, just limited to men, I know many women who make no effort to control their glances and desires, but I am speaking specifically about the widespread so-called religious legitimisation of men as helpless beings of unimaginably heightened sexual desire and the problems that follow. Women have a role to play in this social attitude as well as men, by cooperating with and continuing the mind-set that according to God it is ok for men to see all women through a sexual lens, we fuel the problem.

We can see from the ayah;

“O Prophet, tell your wives and your daughters and the women of the believers to bring down over themselves [part] of their outer garments. That is more suitable that they will be known and not be abused. And ever is Allah Forgiving and Merciful.” (Qur’an 33:59)

The context accompanying this command is “so they may be known and not abused”. There is no mention of men and their spiritual protection here, rather it is solely about the comfort and dignity of a woman. Instead of recognising the beauty of the protection for women from unsavoury men, we have turned this into being all about men again. Hijacking hijab like this is changing a command of God for God into a command for the sake of men, bad enough on its own without our reduction of hijab to an externality.

We don’t live in an ideal society. No one ever has. There are trials and tribulations for all of us, and by no means am I trivialising the hardship associated with controlling sexual desires. Widespread pornography, the music, beauty and social media industries don’t help anything. But what I am saying is that we have a very distorted view of hijab, to whom and how it applies. If you struggle to control your gaze or actions, take ownership, repent and work hard on it. Don’t justify your immorality by contorting faith. Every soul is answerable for its own actions and God is the Most Just. Through nurturing ones own inner state enough, worshipping correctly and standing firm in loyalty to God and one’s partner, it is entirely possible to live in a balanced, pure and blessed way in any society.

Men, please stop placing the weight of your own purification and faith on women and the way they dress. Get a grip. You will answer for what you saw and did one day. Take responsibility for your own eyes and brain and body, and learn lessons from those who came before us.

Women, please don’t swallow the pain of trying to be empathetic and patient if a man is not (and claims he cannot) be entirely loyal to you. And by loyal I mean keeping his gaze, mind and hands on you alone. If this isn’t the case you deserve better.

By The Culture Critic