#JusticeForShukriAbdi Sign the Petition Which Calls for an Independent Investigation 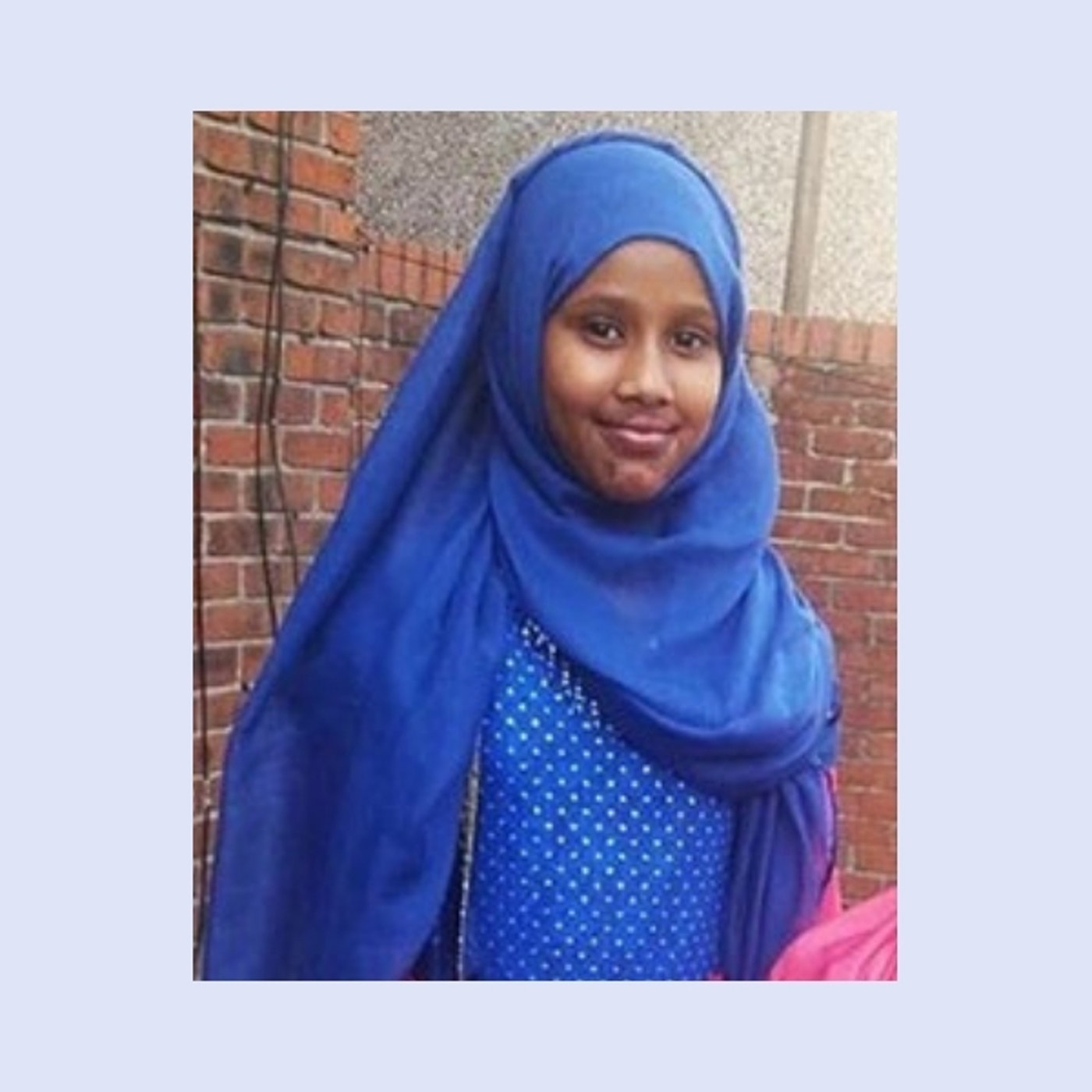 Please note this article has been continuously updated as we follow the case. We have reflected the most current update at the top of the article.

Our current update is one ask-Sign the petition. There has been a structural failure that has left Shukri Abdi without justice and her mother Zam Zam Ture still seeking justice.

What is the petition for?

Please see the information below

“We the undersigned community of Bury, Lancashire and all communities across the UK demand the UK Parliament and Education Secretary Gavin Williamson to independently investigate both the Local Education Authority of Bury, Lancashire and Broad Oak Sports College (Hazel Wood High School) for potential negligence and a potential breach of its duty of care towards its pupils in light of accusations of failure to address incidents of bullying. In addition, we demand James Frith (former Labour MP for Bury North) and Tamoor Tariq (First Deputy Leader of the Council Cabinet Member for Children, Schools and Families) be investigated for failures to address continuous problems relating to Broad Oak Sports College in the former Labour ward of Bury North prior to and during the period relating to this tragedy and also demand Greater Manchester Police to conduct a full transparent investigation into the circumstances leading upto and surrounding this tragedy.

This petition comes in light of the tragic death of 12 year old Shukri Yahya Abdi, a Somali refugee who came to the UK alongside her mother and siblings for a better quality of life and safety and instead was a victim of bullying at the above named school, where inaction and potential failures by staff to protect this student from her alleged bullies may have inadvertently led to her death last week.

Greater Manchester Police MUST investigate this incident with full transparency. We also demand Greater Manchester Police itself is investigated in light of its initial premature conclusion into the death of Shukri within hours of her body being discovered and for Greater Manchester Police to explain and disclose what evidence they had within that period of time that compelled the premature conclusion. Further, we demand every school’s anti-bullying policy be reviewed meticulously and we demand special consideration and care to be taken by schools when receiving and recording complaints of bullying from vulnerable families from refugee and BAME backgrounds and care to be taken when advising vulnerable families from refugee and BAME backgrounds regarding the schools complaints protocols and procedures, including requesting the assistance of translators to attend meetings between teachers and parents and all minutes and records of complaints made available upon request. We advise everyone across the UK to sign this petition as it affects every parent of every child from every background. We hand over responsibility of our children 7 hours a day, 5 days a week the moment we leave them at the school gates. We therefore should expect a level of duty of care to be observed by those whose care they are under.We also expect the police to act with full transparency and due dilligence to prevent tragedies like this occurring again. “

This wasn’t prepared & I’m so nervous about posting this but I spoke at the Cardiff protests about Shukri Abdi, A 12 year old child who was drowned by racists and hasn’t received any justice. Shukri, I will never stop screaming your name! #BLMUK #BLMcardiff #JusticeForShukriAbdi pic.twitter.com/skcbCxAfPj

The lawyer representing the family of Shukri Abdi yesterday spoke of the families fight for justice, Attiq Malik the  Director of Liberty Law solicitors also regularly undertakes pro bono work especially against the police and human rights violations and specifically with regards to the controversial Prevent program. He outlines the family was shocked when the police announced no investigation would be launched as the death of Shukri was not suspicious, the family were shocked as they were aware of the bullying Shukri faced. He also stated the police are still ‘investigating’ the death and that it is merely a tick box exercise but more needs to be done and a full conclusion needs to be drawn. To watch his full speech please see the video below:

The current petition also needs 100k signatures for is to be debated in Parliament, the current number is just below 100k.

Shukri Yahya Abdi’s lawyer Attiq MalikOver 87,000 signatures, 13,000 to go!We would like to thank everyone who has signed ❤ Please keep signing and sharing so we can reach 100k signatures and get this discussed in Parliament.http://chng.it/hM9cLM4v

Please sign the petition we need 100,000 to get it addressed into parliament Inshaa Allah @justice4Shukri pic.twitter.com/5xET8Xsgyd

When the Somali community comes together for one of our own, #WeWontBeSilenced and we demand #JusticeForShukriAbdi Follow @justice4shukri for latest updates on the case. #SayHerName pic.twitter.com/heK50SK1TW

Shukri Yahya Abdi, 12-years-old, passed away on the 27th of June 2019 due to drowning in River Irwell in Bury. Abdi was recovered at midnight on Thursday. Emergency services were called just before 8 p.m.

Abdi is understood to have been with two other girls near Dunster Road, close to Bury town centre, when she got into trouble in the river.

Her mother, Zamzam Ture spoke to Manchester Evening News saying, she had no idea why her daughter was in the water as she could not swim. Her mother recalls memories and shared that Shukri was really helpful in the home. The mother further shared with campaigner Maz Saleem that Shukri was bullied for two years and she went to the school and they did nothing about it. (See full post below)

Salaams everyone, I just spoke to Shukri Yahya Abdi’s mother today to pay my respects for the loss of her beautiful…

Her mother has also recorded an interview explaining the background of the bullying, the lack of action from the school and how the media have edited her interviews as well as lack of support from the police.

Shukri Yahya Abdi, a Somali refugee came to the UK alongside her mother and siblings  for a better life.

“This is an incredibly tragic incident in which a young girl has lost her life, and my thoughts are with her family at this devastating time.”We have a team of detectives working on this, but there are not believed to be any suspicious circumstances at this time. “With the warmer weather, it’s tempting to go into the water to cool off, but I’d like to remind everyone of the dangers of playing near or swimming in rivers, lakes, and reservoirs and would strongly urge against this.”

What can we do?

The petition calls upon the LEA (Local Education Authority) of Bury to investigate Broad Oak High School for potential negligence and a potential breach of its duty of care towards its pupils in light of accusations of failure to address incidents of bullying.

“We advise everyone across the UK to sign this petition as it affects every parent of every child. We hand over responsibility of our children 7 hours a day, 5 days a week the moment we leave them at the school gates. We therefore should expect a level of duty of care to be observed by those whose care they are under.”

Financial support for the family

“This money will be given to her mother who is here alone looking after 5 other kids. They are refugees from Somalia and we would like to take the burden off her mother’s shoulders and help her pay for the funeral and any other costs. No money is too much or too less every penny is valuable. We can ensure that every penny we raise will go to Shukris mother.”

I pray Shukri Abdi family get justice. The schools lack of or no response at all to the situation is tone deafeningly heartless. Moreover, the police officer or officers who made the comment about it being too hot should be fired.

It is alleged that Shukri was constantly bullied at the school and was led to the river. According to her family she couldn't swim. @gmpolice @JamesFrith This needs investigating! pic.twitter.com/emfxOR7868

#JusticeForShukriAbdi the police need to investigate this. A young black girl lost her life when she was pushed into a river by a bunch of white girls who knew she could not swim.

The pain her mother is feeling is evident. She was so young so innocent. Shukri's death cannot be one that can be easily forgotten. How is her mother different from ours. We have to raise awareness. #justiceforshukriabdi pic.twitter.com/RfOrkrANAh

Remember the face of his little one who has left to drown by 2 “friends” and found by police 4 hours later and whose case isn’t being investigated. She was only 12 and came from Somalia last year. Shukri Abdi. #justiceforshukriabdi pic.twitter.com/eGYRpDyo5e

Imagine seeking refuge in another continent just to be bullied, killed & have your cause of death swept under the rug & dismissed at 12 yrs old. No mother should have to experience the pain of losing their child & be left with injustice 💔 #JusticeForShukriAbdi#JusticeForShukri

Something wrong with narrative on death by drowning of Somali refugee Shukri Abdi: how can police claim no "suspicious circumstances" when family insist she could not swim & thus completely out of character – racism & bullying of refugees all too common…https://t.co/PscNPzUQzG

Schools will proudly say they have “zero tolerance on bullying” but are failing to protect vulnerable children like Shukri. I can’t even begin to imagine what her family must be going through after losing their little angel 😔 #JusticeForShukriAbdi https://t.co/EFCqhad1tt

If this was Becky it would be front page news, anti bullying & safeguarding would come into effect immediately & the entire school would be under immediate investigation. But Shukri is black and was a refugee, her family don’t have the voice to speak so we must do it for them!

though today has been joyful celebrating somali independence day, the case of Shukri Abdi is heartbreaking. as a 12 year old to experience the transition from her home country to the west is already tough but then to deal with bullying and being left to die shouldn’t be something

10 Things You Can Do to Show Solidarity With Palestine