by Ptissem Abourachid in Relationships on 18th November, 2022 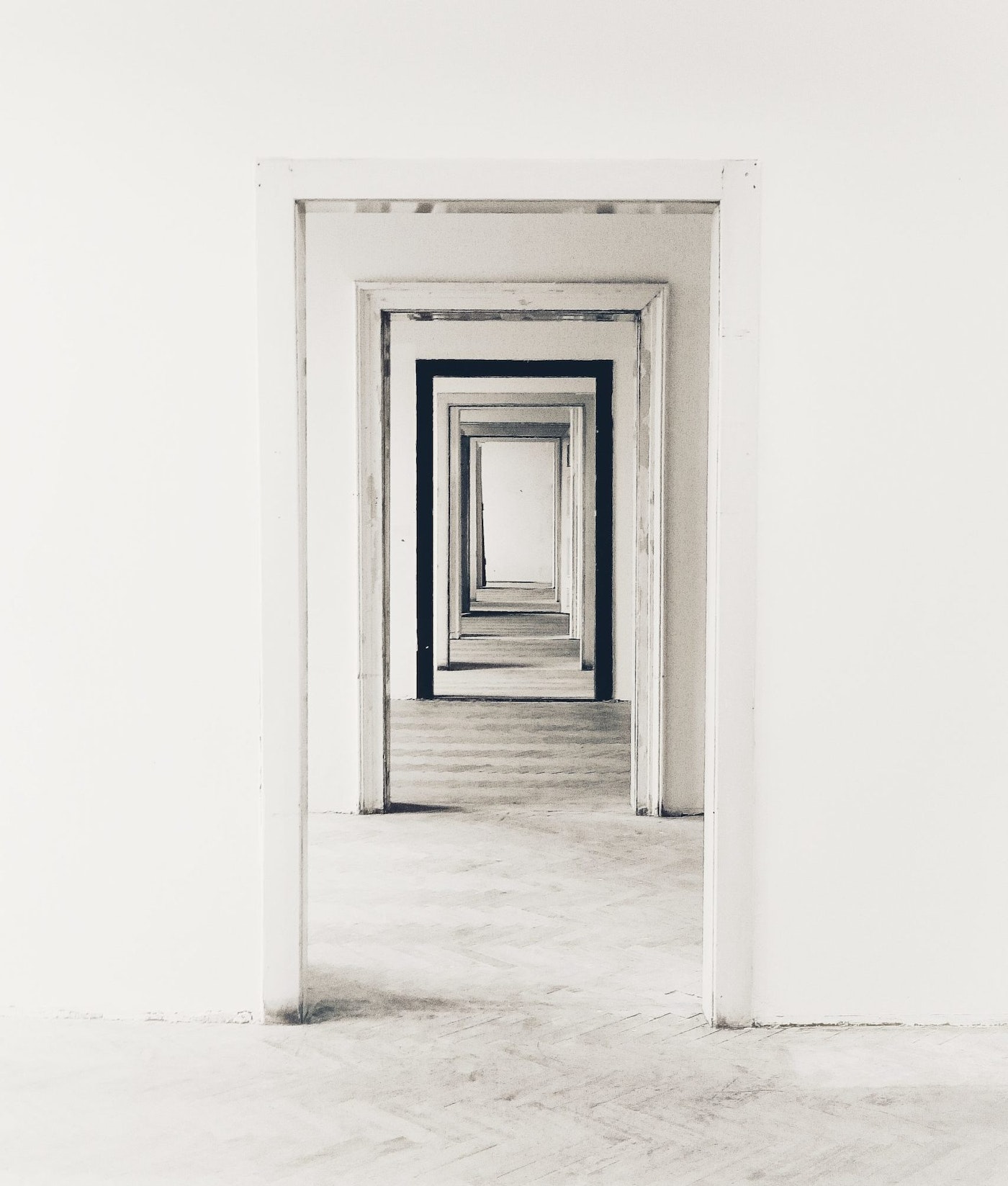 Many of us may have grown up believing that an abusive marriage looked like the ones portrayed on TV shows and movies, where the woman is beaten black and blue and driven to the point of murdering her husband – and in some cases – burying his body in the garden.

And it’s because of these types of examples, that it took me so long to recognise that I was also in an abusive marriage.

It wasn’t until I left my marriage, and spent time in a women’s refuge reading up on domestic abuse, that I realised that so much of what I took as normal behaviour in my marriage, especially within our cultural realm, was in fact abusive.

Abuse can escalate slowly over time and start off very subtly, making it difficult for us to see it for what it really is.

To help you understand abuse better, I’ve put together a list of 10 subtle signs that could indicate you’re in an abusive marriage.

(N.B. Although this article refers to the abuser as ‘he’, it’s acknowledged that both men and women can be the abuser).

1. Constantly checking up on you

You always receive calls and message when you’re with friends and family – and unlike in a healthy relationship, he’ll get very angry if you don’t answer or reply immediately. Having someone constantly checking up on you in this way can leave you feeling very anxious. You soon learn that the first thing you should do when meeting friends or family, is take your phone out and put it where you can see it. You know that if you miss his call, or don’t respond quickly enough, you’re going to feel his wrath – and even be accused of being up to no good.

2. They try to isolate you from the outside world

They’ll limit where you can go, and make it difficult for you to see family and friends. They prevent you from going to work, and expect you to always ask permission to do anything, go anywhere or see anyone – permission that will usually be denied. You get so used to this over time that you start to automatically decline invitations instead. It becomes easier to give excuses as to why you can’t meet, rather than raise it with your spouse; as it’s exhausting to try and get them to understand why going for a coffee, or a playdate with your child, is perfectly normal.

3. You’re regularly given the silent treatment

Withholding affection from you and giving you the silent treatment, is a way of ‘teaching you a lesson’ so that you don’t confront him about something, disagree with him, or raise your voice to him again. It’s not the infliction of harm in this situation that’s the abusive behaviour; but the withholding of affection that everyone deserves to have in a relationship.

They appear to have a bad and unpredictable temper, which can ignite over the smallest of things. You may both assume that they have an anger problem and consequently send them to anger management counselling. Cultural attitudes can lead to easily dismissing these angry outbursts as nothing more than having ‘Arab blood’ for example. One imam told my brother to advise me to return to my abusive husband, because that’s what all men were like i.e. hot-headed. Views such as these only help to feed the misconception that the person isn’t actually abusive – they just lose control in those moments of anger. However abusive behaviour is very deliberate, with the end goal being their control over you. Abusers pick and choose who to abuse, and have no problem not insulting, threatening or assaulting work colleagues for example. They choose to abuse their partner, and are able to stop their abuse when it benefits them – i.e. when other people are around.

In the early days of marriage, we can confuse signs of emotional abuse as someone being overly caring and loving towards us. We can see it as protective jealousy – ‘Ghayra’ – which is an admirable trait in the right circumstances; but one that makes it difficult for us to see whether their jealousy and possessiveness is actually abusive behaviour. So how can we tell whether something is ‘ghayra’ or abuse? Shaykh Jamir Meah helps us to differentiate between the two:

For example, if a person saw their husband or wife flirting with a stranger of the opposite sex on the street (or online!), and they feel a sense [of] protective jealousy come over them, then this is not deemed as blameworthy or inappropriate.

However, when the shariah is not being transgressed, then it is not the right place to have protective jealousy and react on it.

For example, if the person happens to see their spouse doing something which is part of normal life, such as simply being polite to someone who has done them a favour, or a brief exchange of greetings to a neighbour or local grocer, or helping someone in urgent need, without anything suspicious occurring etc., and one becomes jealous and upset, then, although it may be the person’s natural reaction which they cannot help, they must learn to keep it in check.” (1)

6. Turns the blame on you

You often end up apologising when you haven’t done anything wrong. This can happen in situations where you’ve confronted them about something, and instead of being given answers, they get angry with you for having the nerve to check up on them and give you the silent treatment as punishment. You eventually end up apologising just so that things can go back to normal again – especially in the early days of marriage where you want things to be as harmonious as possible. The blame is put on you for snooping around too much, or asking too many questions.

Very similar to turning the blame on you, is gaslighting – the act of undermining another person’s reality by denying facts, the environment around them, or their feelings, with the intention of making you doubt your own sanity and perception of things. You can even present factual evidence to an abuser, and if gaslighting isn’t working, they can turn to physical violence either against you or the closest thing to them, as a way of putting an end to the conversation. This is done to intimidate you, and by destroying things in front of you, they’re sending you a message that if you don’t listen to them, then violent consequences will follow.

8. You’re given gifts and treated nicely after an incident of emotional or physical abuse

You may assume that an abusive relationship is abusive all the time. It isn’t. There’s a cycle to abuse which you may only notice if you stop and take a look at your relationship timeline. Keeping a log or diary of when incidents occur can help you see if there’s a pattern to the abuse. In every cycle there will be a phase where the abuser is apologetic and remorseful. Gifts are given to you during this phase, typically in the days following an incident, as a way of showing how much they really love you, and how sorry they are. However, these acts of perceived kindness are an integral part of the cycle of abuse. They are done so that a) they erase the bad treatment you’ve received b) your acceptance of the gift to them means you agreeing not to bring it up again, and c) these moments of affection and kindness, with them trying their best to make you feel good, instil hope in you that perhaps this time they really are sorry and that they won’t mistreat you again. The abuser knows that you clinging onto this hope is what helps the relationship go back to ‘normal’ again quickly afterwards.

9. You no longer want to be intimate with your partner

Women need to feel trust and have an emotional connection with their partner in order to be intimate with them. If a woman feels afraid or distrusting of her partner, due to being subjected to any form of abuse, she’ll find it hard to want an intimate relationship with them. Many Muslim women then suffer further, as they’re reminded of the hadith which states that the angels will curse her until morning if she refuses to be intimate with her husband; almost as though she’s being punished twice for her husband’s mistreatment. But the following explanation allows us to understand this hadith from a more logical perspective: “the curse applies in the case of a woman who refuses to come to her husband’s bed with no excuse, when her husband stays angry with her all night…but if the husband humiliates her, then he is undoubtedly sinning by doing that, and sharee’ah allows her to answer him back in a manner that befits his wrongdoing.” (2)

10. Threatening you if you think about leaving

When an abuser can see that you’re slipping away from them, they will use threats as a way of intimidating you and retaining some kind of control over the situation. Threats can include leaving the country if you divorce them, thereby leaving your children with no father; threatening to never grant you a divorce (even though women have the Islamic right to end the marriage without their permission); or even threatening to commit suicide.

Some victims can often feel like frauds when comparing their experience to more harrowing stories of domestic abuse; as though what they’re experiencing isn’t ‘bad’ enough to be classed as abuse. It’s important to remember that there isn’t a ‘better’ or ‘worse’ form of abuse. It’s all still abuse, even if it looks nothing like what you’ve seen on TV, and even if they haven’t been physically abusive.

Although victims may feel hopeless, and as though there’s no way out of their marriage, the first step to breaking free from these unhealthy marriages is to recognise that your relationship is abusive.

And then understand that there is often little hope for things to improve. However, it’s not completely unheard of.

There are domestic abuse programmes and resources for perpetrators to help them change. Anger management won’t cut it, because as noted above, they don’t have an anger problem.

In order for permanent change to happen, they not only need to be willing and motivated to change, but also genuinely and insightfully see their error of their ways; without blaming their behaviour on other people, things or circumstances.

This piece was originally published on The Muslim Vibe

Ptissem Abourachid is a Life Coach and Writer. She helps clients overcome their emotional struggles and challenges and realise their full potential. She has written about themes such as domestic abuse, spirituality and emotional well-being. She is currently writing her first novel. To find out more, visit www.ptissem.com

Amaliah Agony Aunt: What if I Marry the Wrong Person?

Amaliah Agony Aunt: Why Do I Doubt My Friendships Sometimes?

How We Can Learn to Accept the Wisdom of Our Children