Is Muslim Twitter Obsessed With Mahr? These 20 Tweets Say Yes

by Amaliah Team in Relationships on 14th May, 2019 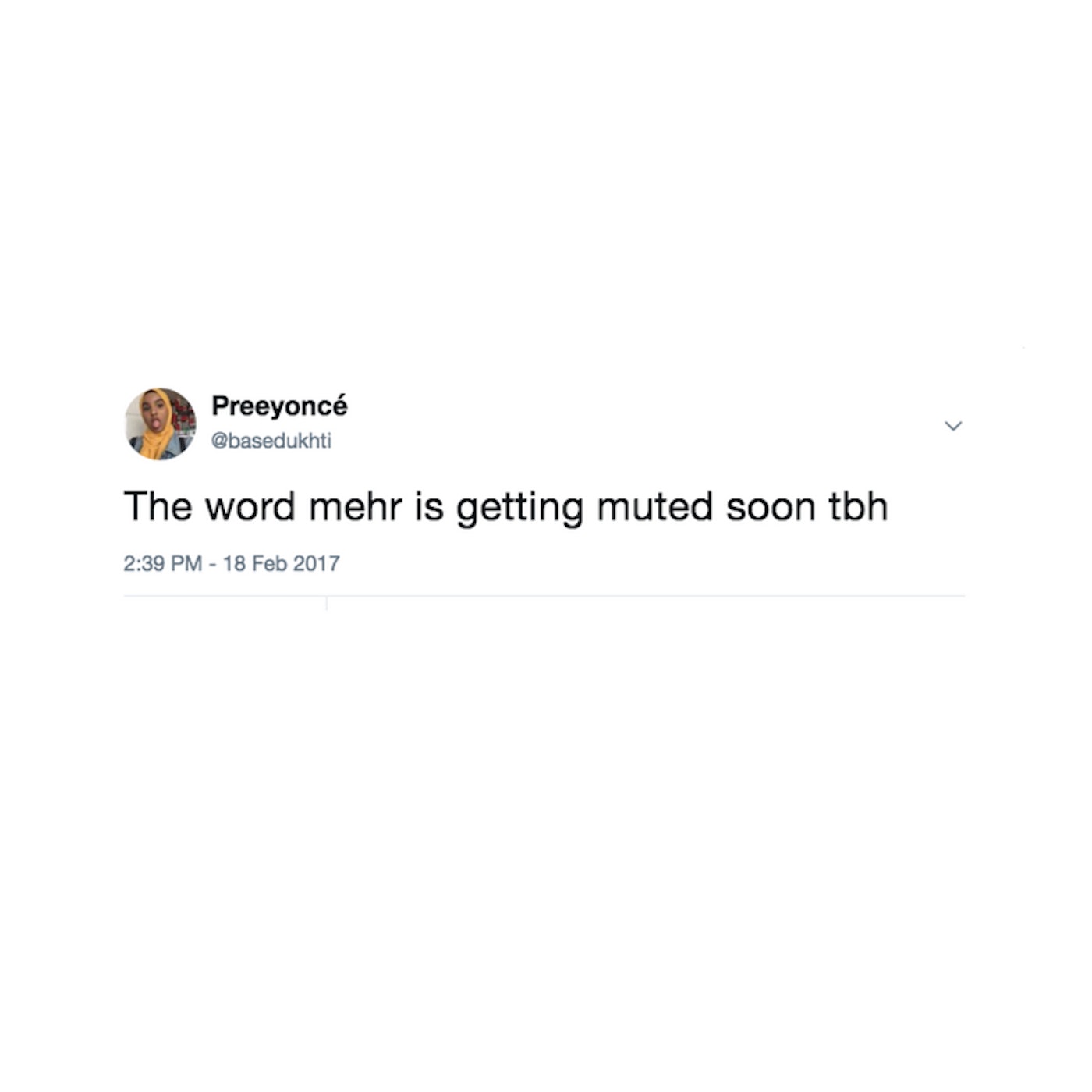 mahr this mahr that. i beg you find someone to marry first before talking about mahr.

Mehr this mehr that.. first get asked or ask for marriage loooool

All this discussion of Mehr prices you'd think this brother is waiting,ready for you

one more mehr talk & im blocking everyone. why are you all so marriage obsessed? what kind of..fast 3 days & stay off this app, tf.

Is it everyday mehr debates with people you're not going to marry?

Omds is it everyday mehr talk ????

the same ones asking for mehr to be surahs be the same ones who ain’t memorized even ONE im onto y’all pic.twitter.com/rvvqWcAL0k

The word mehr is getting muted soon tbh

You can't be talking mehr prices when a student finance text message makes your day. come on now.

i just came back on twitter to see mehr arguments on my TL again pic.twitter.com/o1Eg1qU2b7

mehr money is you and your child's social security if anything were to happen to you or your husband not just extra cash in your acc ????????????

I cannot believe mahr convos do not expire out here. Please, stop being stupid, you will be parents to future generations

Always with the mehr talk. Can you guys buy and sell each other in silence?

In Search of Sex Ed Rooted in Islam for Muslim Women

Can a Muslim Woman Marry an Atheist?