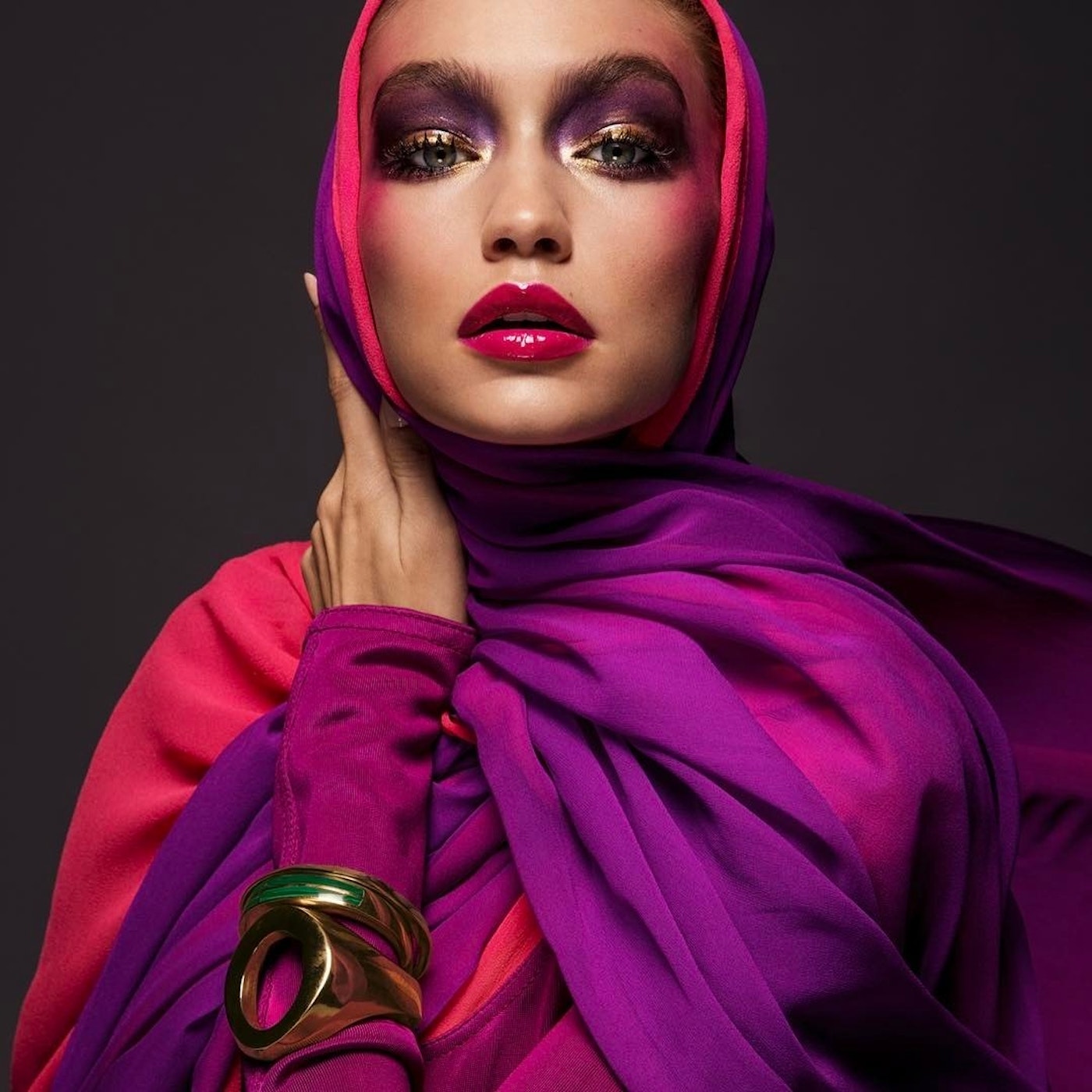 Vogue recently launched their first issue of Vogue Arabia. Featured on the cover and throughout the magazine was international supermodel Gigi Hadid. Gigi donned a headscarf called a hijab and on her Instagram post of the cover, applauded “the fashion industry’s desire to continue to accept, celebrate, and incorporate all people & cultures.” While I applaud such a desire, I question its legitimacy and the apparent lack of self-awareness displayed by Gigi herself.

On Hijab and Islamophobia

As a Muslim, I believe that Allah (the Arabic word for God) is All Knowing. Using His infinite knowledge, He has provided certain commandments and guidelines for how Muslims should live their lives. Adherence to hijab is one of such commands. Hijab literally comes from the word “to veil.” Many misunderstand it as a term that exclusively refers to the headscarves many Muslim women wear. Instead, it is a term that applies in distinct ways to both men and women and includes the veiling of not only one’s body, but also character. Nothing is more beautiful in Islam than guarding one’s inner and outer beauty, with modesty in not only dress, but also behavior.

I do not believe such teachings and principles are controversial. However, the multi-million dollar Islamophobia industry and politicians whose careers and wallets profit richly from Islamophobia have characterized the hijab as a symbol of the supposed oppression and suppression of Muslim women. While proclaiming the “suffering” Muslim women face from their “patriarchal and misogynistic” religion, such characters are unsurprisingly absent in protecting Muslim women who live in the West from physical and verbal assault at the hands of similarly bigoted individuals. Whenever they find convenient, such political actors exploit the legitimate vulnerabilities of Muslim women; both Western and some Muslim-majority countries intentionally misinterpret Islam to maintain control over women and to fit their political narratives. Consequently, they deny us, Muslim women, our agency in practicing our religion, as we would like. We are shamed and considered anti-feminist for choosing to cover our bodies, critiques that seem not to extent to Christian, Jewish, etc. women who choose to cover.

Concurrently, however, many non-Muslims around the world recognize such stigmatization of Muslim women who choose to wear the hijab is unjust. In their attempts to normalize perhaps the image of hijab in the West, many, including Gigi Hadid, have worn the hijab, claiming to want to “share with the world, different cultures.” The problem with such acts is that they are only marginally different from the politicians and media bigots who propagate a specific story about Muslim women.

Who tells the narratives about Muslim women and their experiences with hijab is as important as these narratives being told in the first place. By choosing a non-hijabi to grace the cover, both Vogue Arabia and Gigi Hadid contributed to the erasure of existing Muslim hijabis. They failed in their supposed pursuit to “incorporate all people.” Of course, any woman who finds some personal, cultural, and/or religious significance in wearing a headscarf should be able to do so. However, it is problematic for Gigi and other non-hijabi women to be the face of hijab. Vogue Arabia had an opportunity to allow Muslim hijabi women to share their own experiences with the hijab. Instead, they contributed to the co-opting of the hijab and the hijabi experience, stripping both of their religious significances and reducing them into political fashion statements.

Society rarely applauds Muslim women who share their daily experiences with hijab for their bravery and commitment to practice their faith unhindered by legitimate threats of violence. We do not need supermodels and celebrities to normalize our experiences for us. We do not need people erasing the powerful advocacy work Muslim women are doing, in fashion, journalism, politics, academia, etc., to change the popular narrative about Islam. As one of my bold Muslim sisters, Su’ad Abdul Khabeer, says, “You don’t need to be a voice for the voiceless. Just pass the mic.”