What Should Muslims Be Looking for in Their Next Prime Minister? 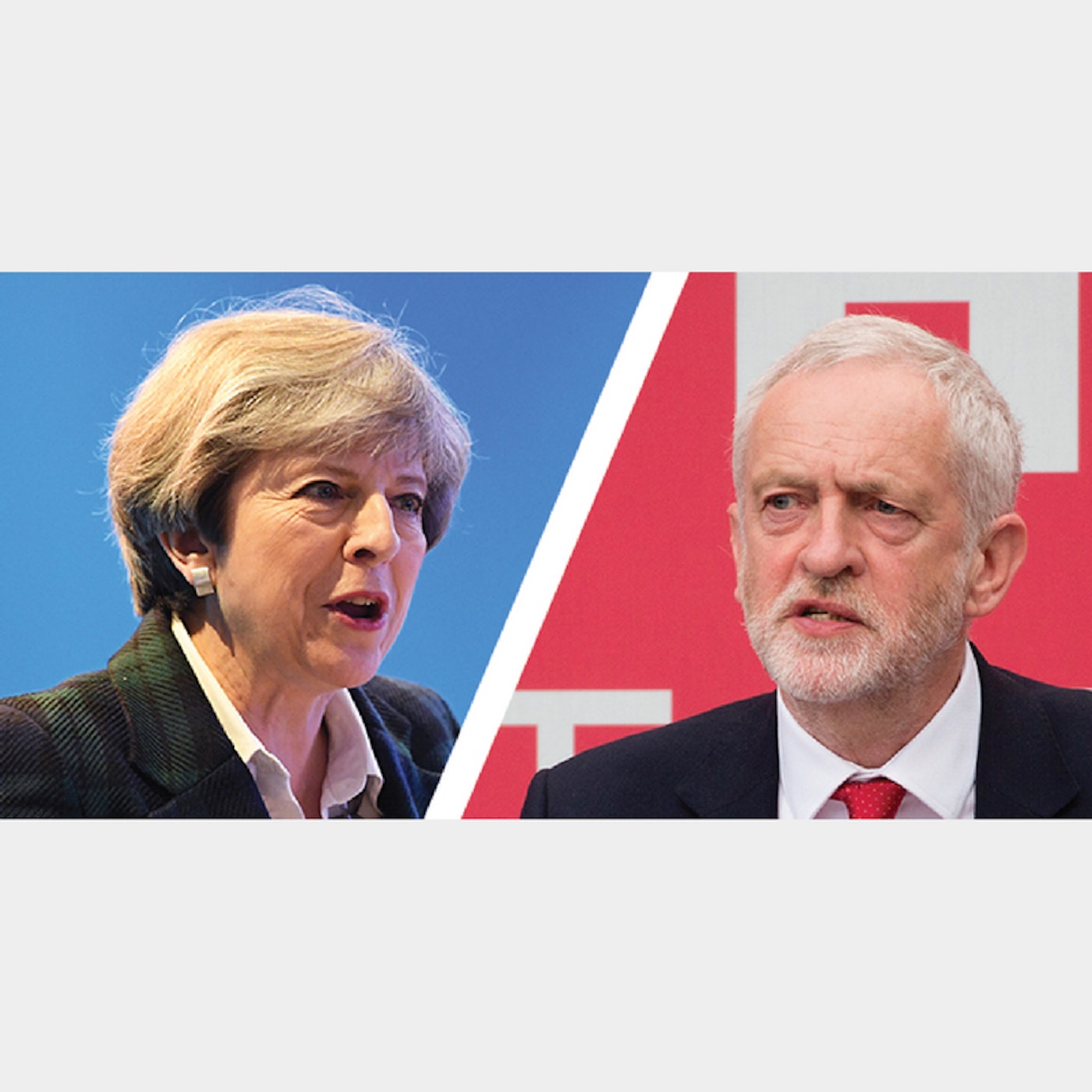 WHAT SHOULD UK MUSLIMS BE LOOKING FOR IN THEIR NEXT PM?

As the general election campaign fast approaches some of us may still be weighing up our options on who to vote for on the 8th June. As Muslims, Islam is a guide for us in all decisions we make, be it political, economic or social. This decision is no different.

Here are some pointers on what Muslims should be looking for when deciding their next leader, based on the ideals of our faith.

1. THE VISION OF ANY ISLAMIC COMMUNITY IS COMPASSION FOR ALL

The political and social vision of Islam is absolutely based upon building a healthy and compassionate society. We believe in caring for the poor, for the vulnerable and for those of no faith or a different faith.

“O people! Give in charity as a time will come upon you when a person will wander about with his object of charity and will not find anybody to accept it, and one (who will be requested to take it) will say, “If you had bought it yesterday, would have taken it, but to-day I am not in need of it.”

This statement of the Prophet also points out to care and spend on the poor until there is no one left behind.  It is our duty to abolish poverty and show mercy upon God’s creation in whichever land we reside in.

2. ISLAM NOT ONLY SUPPORTS A WELFARE STATE –  BUT FOUNDED IT

It was under Umar ibn Al-Khattab that a welfare state was created. Umar is considered the first man in the History to introduce the System of Welfare, Child benefits, Pensions, Old Citizens Benefits, Disability Benefits, and Jobless Allowances. He established the Baytul Maal which was allocated funds to spend on the people – Muslim and non-Muslim.

The legacy of welfare continued through the height of Islam – Through our history Muslims have supported spending on the public sector – In the Ottoman period Fatih Sultan Muhammad ordered to build hospitals [Darul Shif’a] in every land the Ottomans conquered, treating patients and supplying medicines for free. That’s right – We had an NHS which was valued and protected by the state.

The Sultan ordered for patients to be treated with kindness and dignity based on the Quranic Ayah, ‘

Those who are merciful will be shown mercy by the Most Merciful. Be merciful to those on the earth and the One above the heavens will have mercy upon you’.

For more information on the welfare state in Islam watch:

3. A TRUE LEADER IS THE ONE WHO SERVES HIS/HER PEOPLE

Every great community in Islamic history was led by leaders who served their people tirelessly. Musa (PBUH) was effectively a prince living in the Pharaoh’s palace, but would still go out to serve his people in the excruciating heat of midday sun. He would attend to their chores and help them in there strenuous work. Yusuf (PBUH) was a government minister and served his people through policy and social change. Those are the prophetic examples – but what about those who came after?

Humility in a leader is a sign of mercy and compassion.

Abu Bakr, Umar Ibn Al Khattab and all the great leaders of our past (May God be pleased with them) would visit the sick, feed the elderly with their own hands, care for the blind and had no problem assisting their people. The Prophet Muhammad PBUH also instructed the first Muslims to travel to Abyssinia to appeal to ‘a Just King’ – King Negus for permission to live in his kingdom. Recognising a Just leader is a good leader – be Muslim or not. There are narrations that day after meeting the Muslims King Negus embraced Islam.

4. JUDGE A MAN/WOMAN ON HIS/HER CHARACTER

Take a look at your candidates and judge them on their track record. Character plays an extremely important role in Islam. We are constantly trying to better our own character by working on ourselves, and in turn, we judge those around us upon their character. If someone has a bad character among us we will distance ourselves from them. Similarly, we must look to the character of the candidates and the story that they bear.

Are they honest and genuine? Are they humble? Do they lie and cheat? Do they listen to the people? Have they stood on the right side of history?

We are living in a society where appearance now dictates the success of a person.  ‘How much money do they have – who are their friends – what business do they own’. The weight of words is no longer dependant on if they are truthful, but in how amusing they are. When judging your next prime minister, don’t look to their persona but look for the truth in them. We need someone who represents us to be truthful and unafraid to say things which are against the status quo.

5. ISLAM IS A RELIGION OF SOCIAL JUSTICE

Islam is a faith that acts as a catalyst for social justice. Islam has empowered the most downtrodden of people in its history and supports the protection of human rights at home and abroad.

So why has it been so successful in doing this? Our religion stands firmly against racism, discrimination, terrorism, and exploitation of any people – Muslim or not. At the same time, Islam permits the right to defend, the right to self-determination.

We must support candidates who believe in the equality of all people – today we have a refugee crisis that casts a dark shadow upon the world as millions suffer and flee to safer lands. We must choose a leader who will empower those people not abandon them. Someone, who will provide safety and a future for the most vulnerable people on the planet,

Much of the Muslim world today lays in degradation and stagnation and has nothing to offer those who are looking for safety. It’s hard to remember that there was a time when the Muslims were the ones who took in those looking for safety. The golden age of Judaism took place during the height of Islamic civilisation. While Christian rulers expelled the Jews of Europe, they flocked to Muslim lands for safety and security. A more recent example is during WWII when hundreds of thousands of white Europeans travelled to the Middle East to flee from the bombing.

Equality is a tenant of Islam that put a rich Arab merchant belonging to a powerful tribe at the same level as an Abyssinian slave. In today’s terms that means, regardless of class, profession or status, it is only our good deeds and humanity that judge us from one another.

6. CHARITY IS NOT ENOUGH

Islam came as a solution to fix society and the world’s problems. We must do our part to govern the lands we live in – in whichever capacity that is – to promote justice and fairness. It is not enough for us to give charity and think society will fix itself. Us, and our community are part of society – we make up this multicultural society of Britain. Representation within the system is more important now than ever. Islam is not an apolitical religion – engagement in politics is required – As I said, a prophet of Allah, Yusuf (PBUH) became a minister – he didn’t just focus on giving charity.

BUT – IM WORRIED ABOUT MY TAXES

The Prophet (PBUH) said, “The best charity is that which is practiced by a wealthy person. And start giving first to your dependents.”

Islam is not a religion for the selfish.  A true Muslim thinks about the health of all society, not blinded by his profits. The majority of UK Muslims are living in low socioeconomic areas – How many times does the Quran tell us to care for our own brothers and sisters?

The Quran says, ‘The Believers, men and women, are protectors one of another’.

It’s shameful that we are living in one of the richest countries in the world, which is also referred to as Food bank Britain. How does a society get to that situation?  When our greed and determination to attain wealth is at the expense of others.  This is not the society that a believing Muslim should be content with – we must do all we can.

If anything is certain, it’s that this election will define the direction of this country and our experience of it [as Muslims] for the next 5 years. Our future – and our children’s future matters. What better way to end than with this beautiful Ottoman saying, ‘A day under a just leader is better than sixty years of worship’.

You can find more : www.islamichistoryproject.wordpress.com

Young People Deliver a Momentous Blow to the Political Establishment

Responses to 5 “I’m Not Voting Because. . ” Statements by Muslims