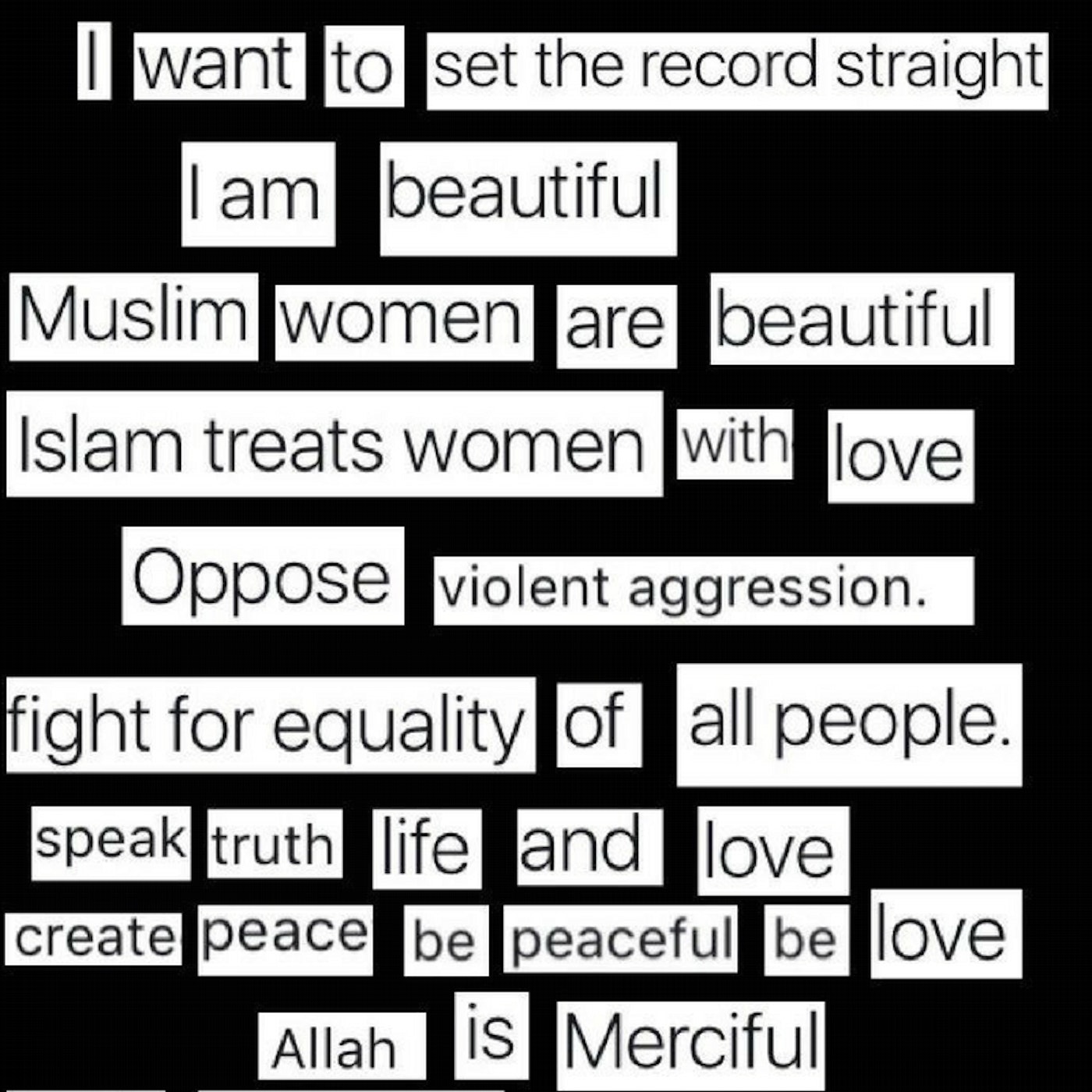 so I took all my hate tweets & turned them into a poem. ???? see the whole project, including tweets here: https://t.co/1jM2IsmzL1#NoBanNoWall pic.twitter.com/hk6FYaey7K

“I decided to turn the hate into positivity, and created this two page poem, using only words from the hate tweets I’ve received. Following the poem, you’ll find screenshots of all the tweets used/considered in the making of this project. Stay safe, united, and strong, with love, Azmia.”

Ever since Trump was elected into power, the hate he has generated against Islam and Muslims has given way for many to feel confident enough to attack Muslims like Azmia. Azmia made the decision to turn the hate into something positive, and created a beautiful poem reflecting the truth about her faith, by ironically making use of the hate tweets sent to her. Through her poetry, she creates a narrative about Islam that is starkly different to the one painted by many. 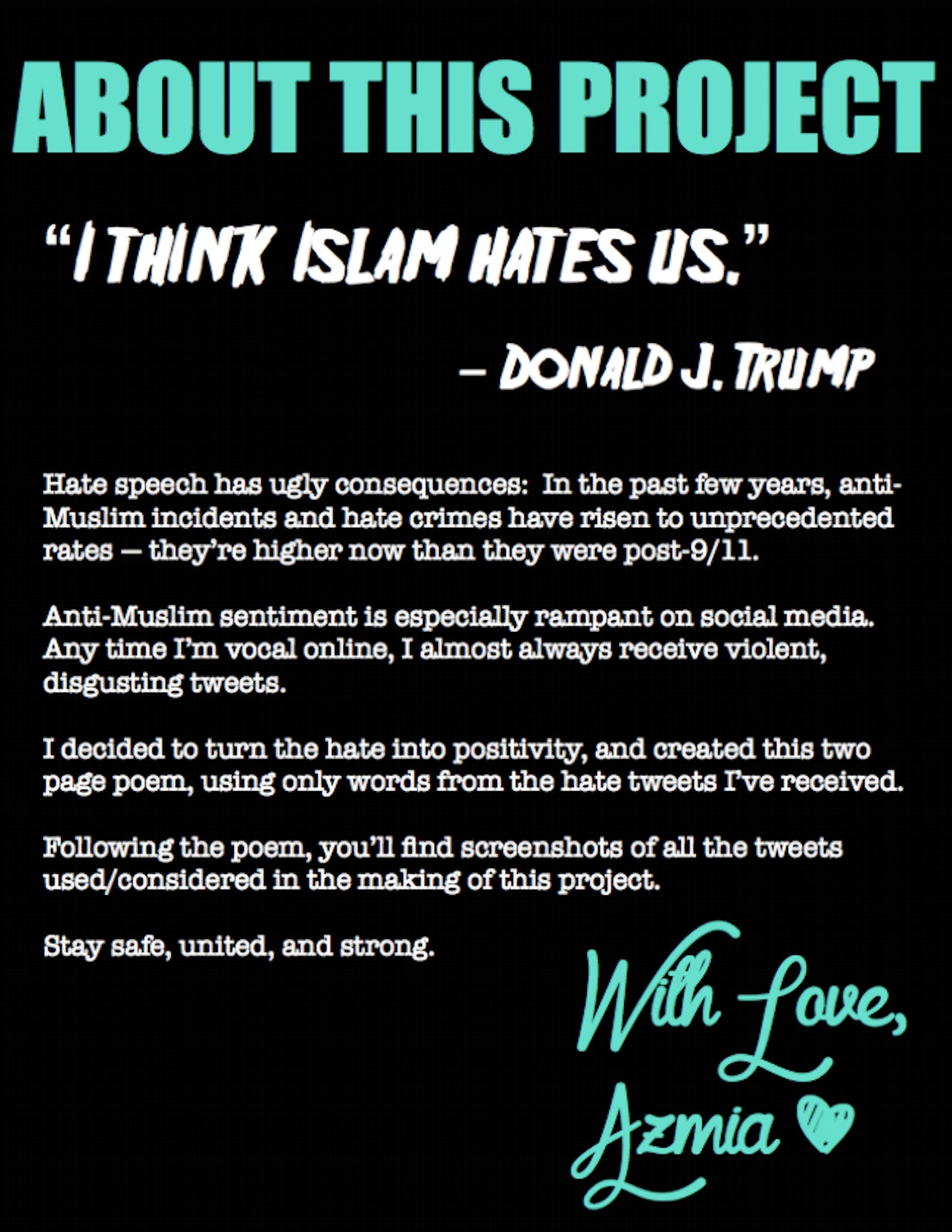 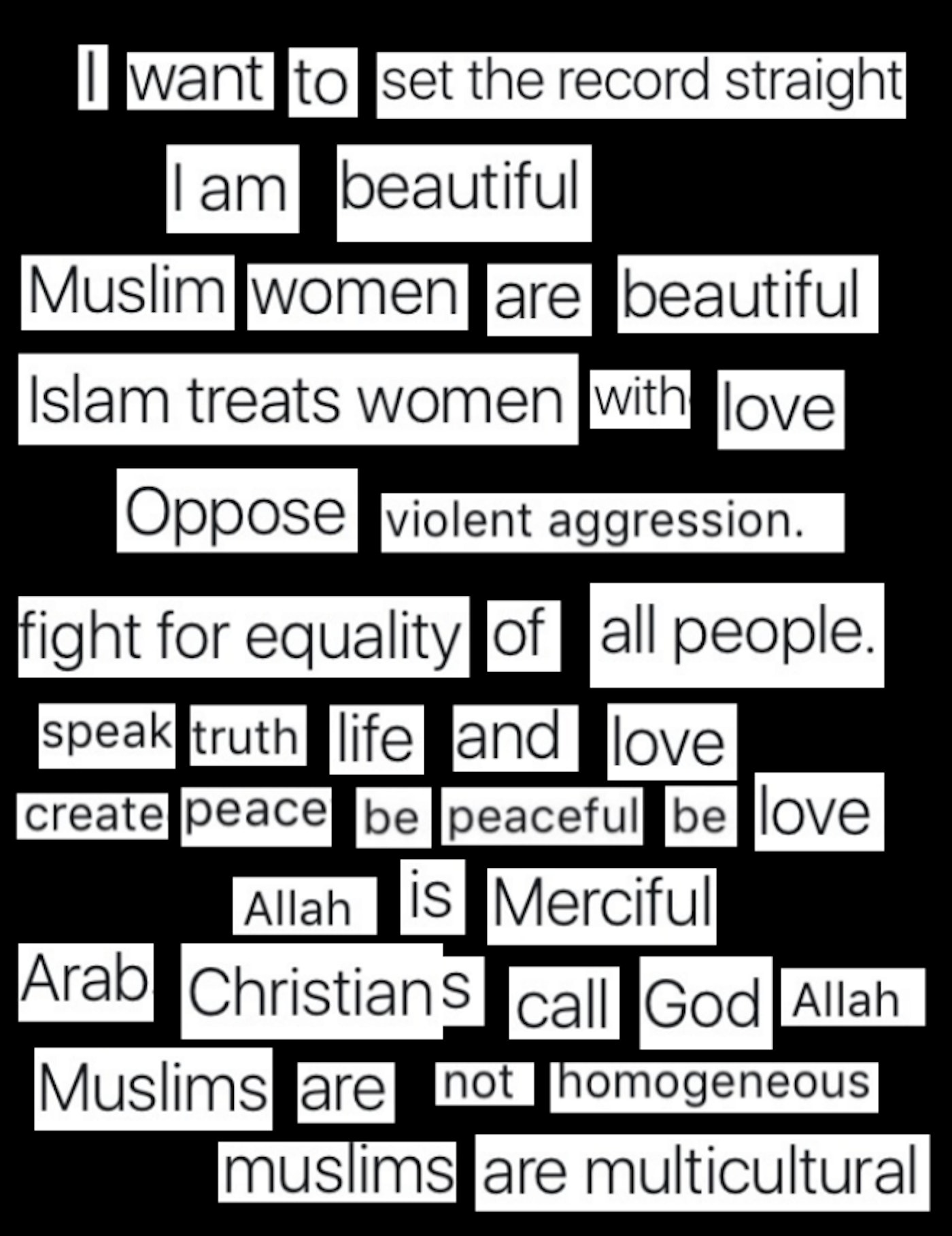 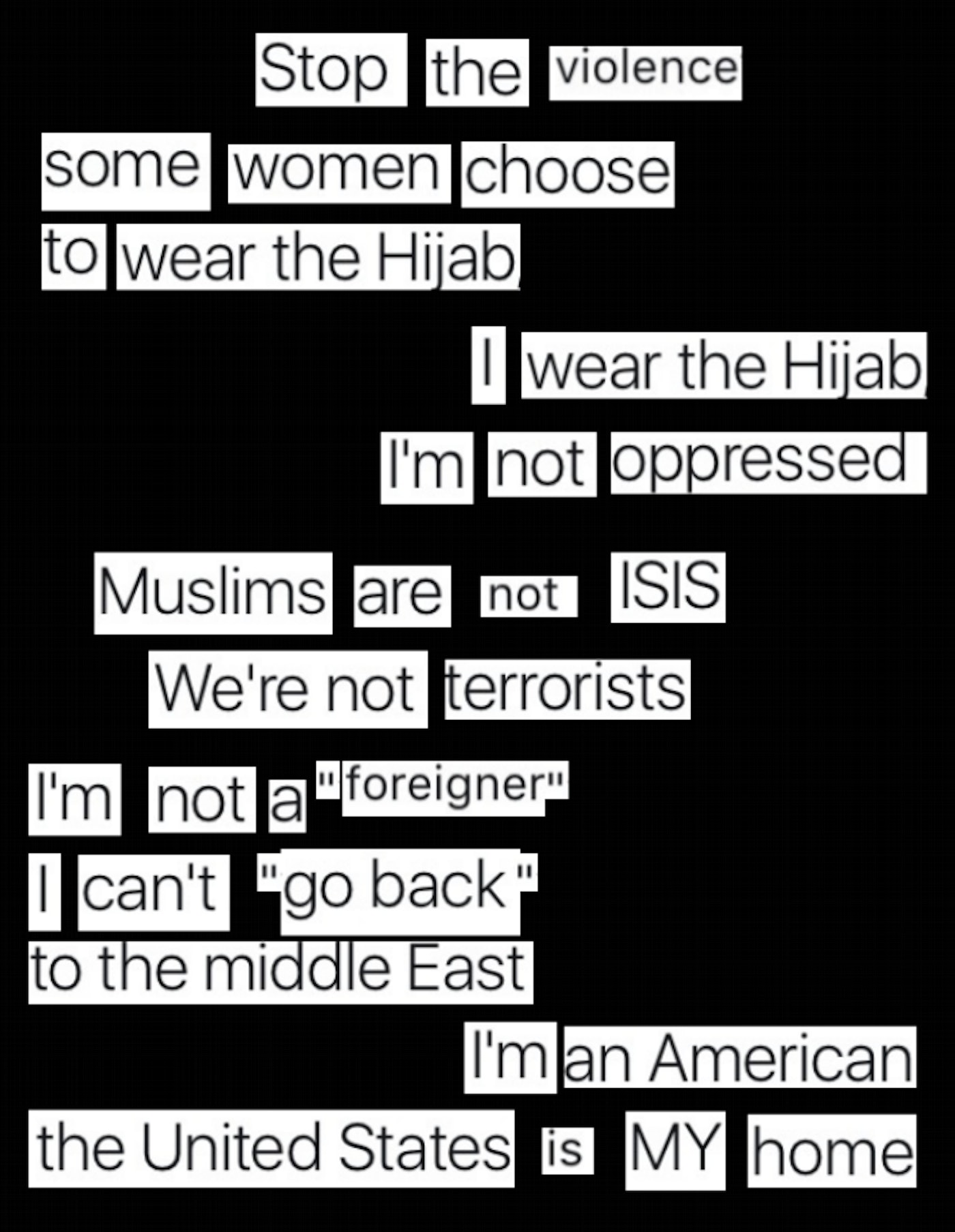 Instead of repelling hate with hate, Azmia’s poetry puts a positive spin on an attitude and narrative that is disheartening, hateful and hurtful.

The Objectification and Reduction of Muslim Women at Protests. Everyone “Loves” a Muslim on a March, but Who Loves Us on the Train Home?