The Other Side: My Muslim Children Were Fostered by a Christian Family

by Louise Butt in Relationships on 30th August, 2017 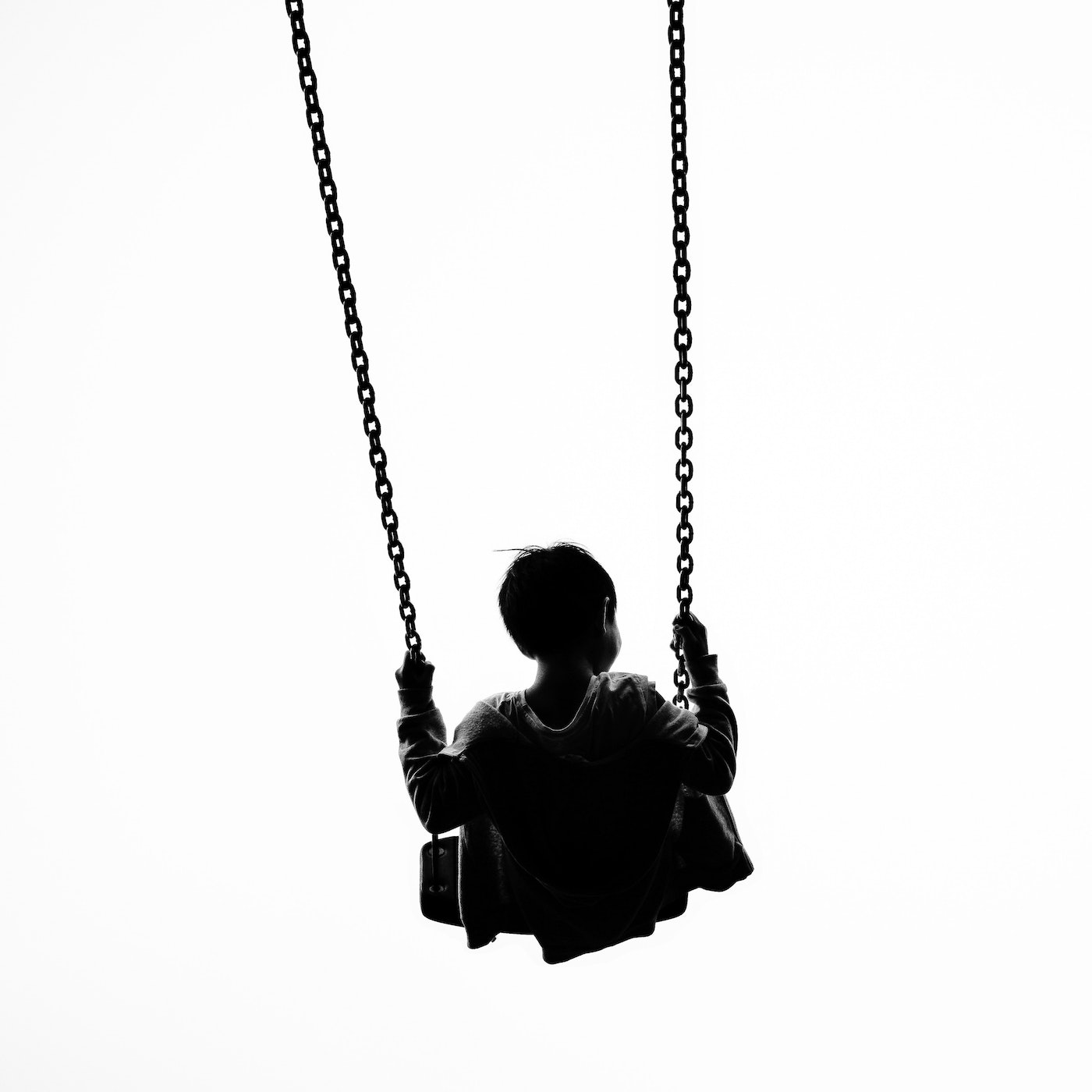 ‘Forced’ into Muslim foster care: the uncomfortable truths behind that story.

‘Christian child forced into care with non-English speaking Muslim foster carers’ the headline that you may have seen over and over again.

Update: This week (24th/04/18) Ipso, the Independent regulator for the UK newspaper and magazine industry ruled that the Times Muslim foster care story was inaccurate.

It’s small… but it is a step towards due prominence. pic.twitter.com/FZlHHx91Yx

This story quickly picked up speed due to the prejudice and pot-stirring reporting, the sensationalism we are used to from the mainstream media outlets. Regurgitating the same old facts of a story with so much more to tell and even editing images to impose niqabs on hijab-wearing women.

The Shameless Daily Mail use a Photoshopped picture of Muslim foster carer, adding a fake veil – via @EvolvePolitics https://t.co/HkPo74j102 pic.twitter.com/GQrJQrbCHW

So what truth is there in a story reported like this?

The reports tell that a 5 year-old Christian, White, English speaking child was rehomed into foster care with two Muslim families in the last 6 months, by the London Borough of Tower Hamlets. The word used again and again though was not in fact ‘placed’ as is the correct terminology but ‘forced’ – conjuring up images of a child dragged kicking and screaming, against her will.

The articles wail of how she was “forbidden to eat carbonara as it contains bacon” encouraged to learn Arabic and had her crucifix taken away. Further lines panicked over how the families allegedly didn’t speak English and women wore niqabs and burqas. Accompanies by pictures of darkly-dressed figures leading a child into a car like legitimised kidnappers (unidentified, the photographs taken at a distance and from behind) the articles pulled on heart strings and told of the 5 year old child crying and begging not to return to the families who the Social Services had placed her with.

The sensationalism contributes to creating divides in society and people fearing ‘the other’ however there are some who have taken the positives from the story too. The bigots also get an excuse to come out.

Will it deter Muslim families from Fostering?

The subtext was subtle as a slap to the face.

Since the story broke, Twitter has been awash with outrage and indecency. People were horrified, writing to MPs and social services, declaring a public enquiry. How could the cute little Western girl clutching her cross, be left with the foreign, backward and brutal Muslims??

When this story broke, it stuck in my heart and I watched in disbelief as ill-informed and ignorant people took to social media to complain. Only I wasn’t horrified by the perceived story.

I was horrified by the lack of balance, the false flags and the glaringly obvious errors that betray the truth of this matter.

A truth which when ignored, does NOTHING to help the little Christian girl or children of other faiths – including Muslim – in her shoes.

Firstly, much seems to be made of the fact that these families spoke little or no English. This I find very hard to believe.

To become an approved Foster Carer, you have to pass through extensive study and training before being approved at a panel. To get through this process successfully involves being interviewed invasively by social workers face-to-face and by submitting written paperwork for assessment. It can involve group meetings and training where willingness and ability to participate vocally is monitored. It is a rigorous process. I should know – several members of my Muslim family have been through it and I have been through the equally grueling process to being an approved adoptive parent myself. I know what I am talking about when I say for a family to speak no or poor English and pass this, is near to impossible.

Secondly, let’s get to the issue of the niqab. Once again picked upon by the press as the shadowy dark bogey-(wo)man figure, the wearing of a niqab is entirely irrelevant. Why? Because the niqab is not required to be worn in the privacy of the home or in the presence of children. What is more, it is not a bar to being an approved foster carer.

Now let’s talk about the cross and carbonara shall we? Whilst I can’t comment on how gracefully or clumsily the families may have handled these points, I can say this: ALL foster carers are required and are tested to ensure that they support children of ALL backgrounds, faiths, and ethnicities. I should know – my husband and I were quizzed on how we would support children of different backgrounds at length. To say they forbid her from eating bacon is nothing short of ridiculous in the scheme of their care for her safety and well-being.

But before we lose ourselves pouring over the finer tabloid details as many a journalist seems to have done, it’s worth addressing the huge elephant in the room here which is context and of which there are several points:

The message that non-Muslim children’s lives are worth more and that Muslims should not be allowed to foster or parent sticks heavily in my throat.

My Muslim children were placed in non-Muslim and practicing Christian foster care.

They were removed from their parents’ care and placed with families who took them to Church and Sunday school and who fed them non-halal meat. They celebrated Christmas with them and took part in social activities not necessarily compatible with the Muslim faith. They sat at tables and were cared for by foster carers who drank glasses of wine and then tucked them in to bed.

The current number of Muslim children deemed LAC (Looked After Child) and in the care of a Local Authority is very high. Some are unaccompanied asylum seekers, many others are British-born and have been victims of abuse or neglect just like the thousands more non-Muslim children also waiting for new homes.

I spoke to Tay Jiva, Penny Appeal’s Adoption and Fostering Manager and a qualified social worker with over 20 years’ experience working with children in care to hear what she had to say on the matter.

“The article ‘Christian child forced into Muslim foster care’ in The Times on 28th August (and subsequently repeated over several other publications), did come as surprise since I have never come across a foster carer such as the one described in the article. In fact, we screen for many of the issues raised in the article during initial assessments with Penny Appeal. We ask if all main carers speak English well enough to engage in training and assessment – applicants who cannot communicate well enough are asked to improve their language skills and re-apply.

There should not be a situation where a child is placed in a home where he or she is not able to communicate with the carers. Penny Appeal is very reluctant to refer fostering applicants who only want to care for children of the same faith as themselves.

There is a shortage of foster carers of all faiths so there will be times that Muslim foster carers will be asked to care for non-Muslim children (and vice versa).  Critically, we are clear to all applicants that they must respect the birth culture and faith of the child.”

Penny Appeal’s preliminary research has indicated that just like my own adopted children, over 1,500 Muslim children spend time living in non-Muslim foster homes every year. Many grow up unsupported in respect of their religion or culture which can contribute to identity struggles in later years – on top of the trauma many have already experienced.

Islam is clear – to adopt or foster a child is considered a communal responsibility – caring kindly and respectfully for all children is a clear teaching from the faith. So what use then are articles reported in such a shameless fashion as we saw today? Where are the headlines crying over the Muslim children cared for by the Atheist, Christian or other non-Muslim carers? Or do the needs of these children not matter?

Tay explained to me further that inaccurate and frankly Islamophobic headlines such as these are a real concern.

“Many people are worried that The Times article will deter some people from fostering. If so, this will not be because Muslims identify with the character of the foster carer portrayed in The Times. Any negative impact on fostering applications will be due to further damage between the relationships of Muslim communities and predominantly non-Muslim mainstream professionals.

Muslims could perceive The Times article as an attack on all Muslims and it is inevitable that some social workers (particularly those with limited experience and knowledge) will adjust their practice to be overly critical of Muslim applicants and foster carers.”

Penny Appeal is all too aware of the obstacles that are faced in encouraging more Muslims to consider fostering – fostering Muslim children and non-Muslim children where needed. As part of their work, Tay and her team deliver training to social work professionals and foster carers with the aim to up-skill them so they are better able to support Muslim children in care, Muslim carers and (when necessary) Muslim peers. Working with Local Authorities and local Imams, they work tirelessly to change the landscape of social care for the thousands of Muslim children in need of homes and adhere strictly to social care best practice for the sake of all involved.

So what’s the bottom line?

Put simply, negative, inflammatory and quite honestly, shockingly poor journalism such as this does much more than stir up passions in people like myself, Tay and others who have first-hand experience in this process. We are adults – we can make our decisions and we know truth and falsehood when we see them.

What this type of gruesome media charade does do though is this: Make it harder for those Muslim children who are waiting for caring, loving homes that respect their identity and culture all the more difficult to find.

And for the little Christian girl and others like her? It will make it harder for her to feel at ease and secure in the home that was opened to her when she needed it.

How will she feel when she is older and reads these headlines and articles? With the wisdom of age, will she have ill-feeling towards her Muslim carers? Or will it be towards others in her personal and local community who failed her?

The answer to that question will undoubtedly be seen. Perhaps I will ask my children one day, how they feel.

Find out more about Penny Appeal’s Adoption and Fostering Project.

By Louise Butt, hijab-wearing, working, writing, Muslim woman. She is a Copywriter.