What’s It Like to Be Black and Muslim in Britain?

by Selina Bakkar in Identity on 10th October, 2017 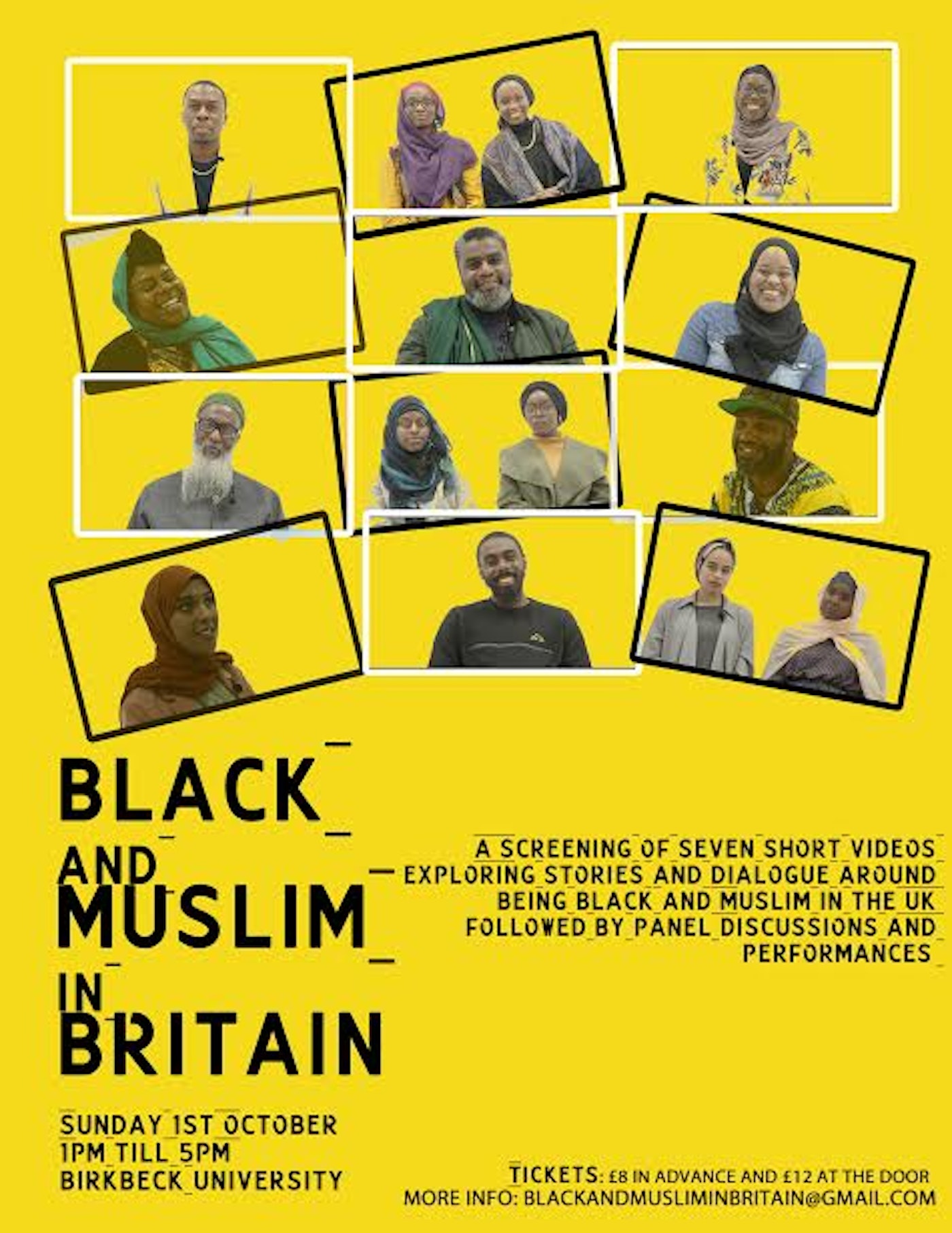 The Black and Muslim in Britain project was established in October 2016 to discuss faith representation throughout Black History Month in the UK. It aimed to shed light on a diverse narrative that reflected the stories, struggles and history of the community. This year the project will release a series made up of seven videos, presenting the experiences of leading Black Muslims from a range of fields including arts, sports and academia in seven videos. The videos discuss light-hearted topics as well as addressing sensitive and pivotal issues concerning the Black Muslim community. The Project launches with a screening on 1st October at Birkbeck University. Hosted by spoken word artist, Saraiya Bah, the event will include performances and discussions with influential figures of the Black community such as journalist Hodan Yusuf, activist Abdul Karim and historian Habeeb Akande.

We spoke to Saraiyah who is the Co-Producer and Project Coordinator.

Who are the five historical figures that you would choose to interview?

Are any other campaigns planned?

Apart from the screening at Birkbeck University and the online campaign, we are currently in talks of hosting screenings and panel talks at various organisations around the UK throughout Black History Month. For more information, follow the Black and Muslim in Britain Facebook account

What was the inspiration behind it?

The Black and Muslim in Britain Project was initiated in October 2016 with the intention of addressing the lack of faith representation during Black History Month in the UK. We had an overwhelming response on social media from many Black Muslims from around the UK from different ages and backgrounds who could relate and empathise with the importance of ensuring that we provide a narrative of the stories, struggles, rich history, challenges, culture, politics, family traditions and the beauty of being Black and Muslim. It is essential that this narrative is reflective of the diversity of our community.

This overwhelming response allowed us to realise the need of such a project in today’s society and the importance of making sure that such a project is done to the highest of quality, so it was decided to relaunch and with the intention of releasing the video during Black History Month in October 2017.

What is the Black and Muslim in Britain project?

The series, which consists of seven videos is a collection of stories and dialogue from influential Black Muslim in the UK in the arts, sports, academia, etc. The collection is light-hearted, informative but also manages to address sensitive issues that apply both to the Black Muslim Community as well as the Wider community.

The official screening of the videos will take place on Sunday 1st October with special performances, presentations and discussion from noteworthy Black figures in the community. The screening will then be followed by the launch of the videos on social media on Monday 2nd October at 7:30pm.