To the Non-White Potential Oxbridge Applicants

by Suhaiymah Manzoor-Khan in Identity on 8th October, 2019

note:
– the term BME used in this article is based on UK terminology to refer to members of non-white British communities (who this article is primarily aimed at): Black and minority ethnic.
– the term Oxbridge is a blended word referring to the Universities of Oxford and Cambridge.

Do it. Don’t be a potential applicant, apply. 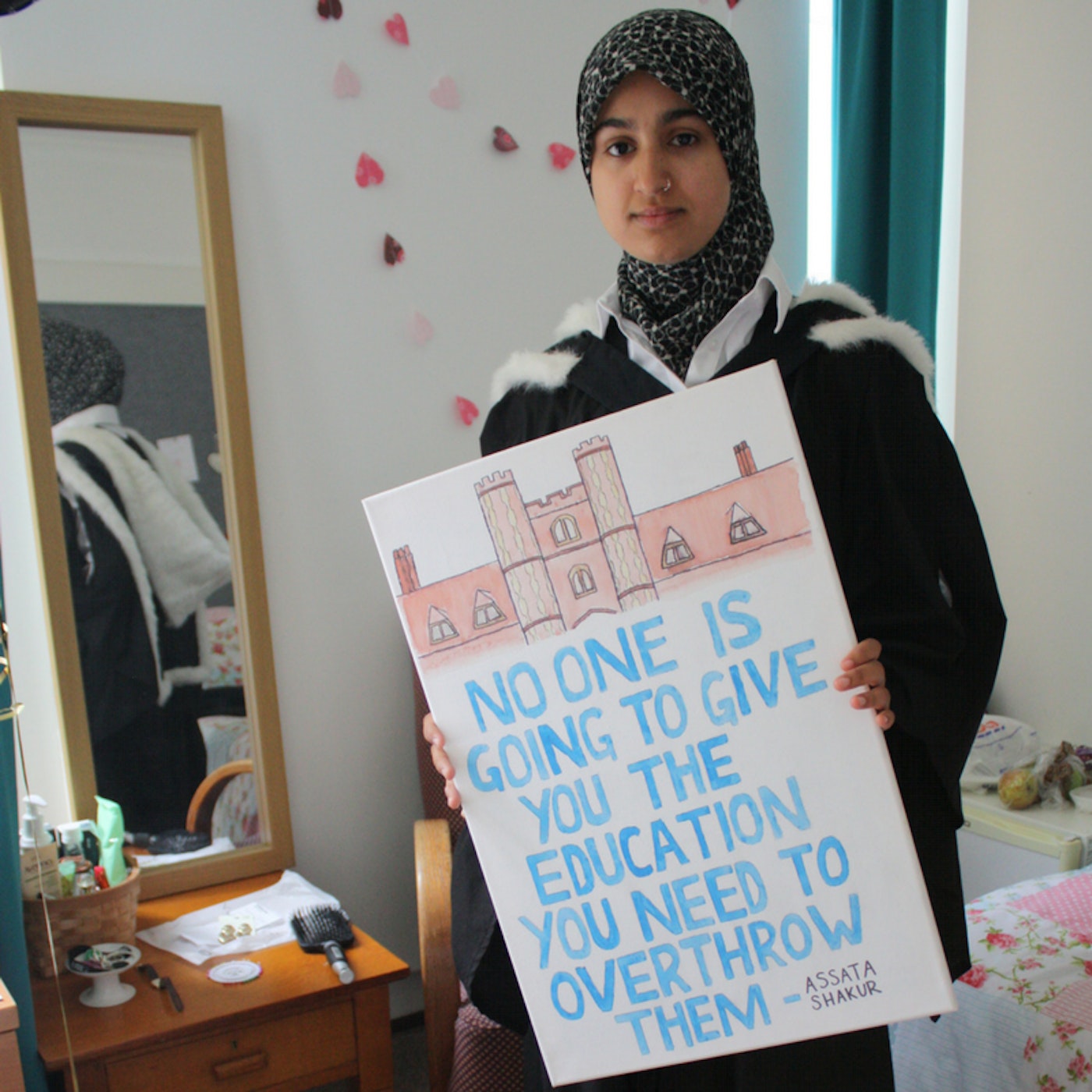 Apply even if you have never picked up a musical instrument. Apply without knowing a word of Latin. Apply because you love your subject even if you have few resources or outings to museums to show it.

Apply even if it makes you the token non-white Oxbridge applicant. Apply if your parents never did. Apply from inner cities, from terraced back-to-backs, from state schools and bad schools and everywhere you can.

Apply even if your name spills off the edge of the form. Apply and let them trip over your name at interview. Apply and turn up to interview in any clothes you want. Apply in your natural hair, your hijab, your weave, your shalwar kameez, your henna, your braids and your trackies.  Just APPLY. Overwhelm their admissions pages with your names. Don’t let anyone stop you.

We need you. Oxbridge needs you. It doesn’t need you in the sense that it will necessarily come out in search of you specifically. Oxford and Cambridge might not try their hardest to win you over. They might not consider your specific disadvantages; might not make it out to the schools where you make up more than 50%. They probably won’t beg you or specifically encourage you in the face of it all – acknowledging the face of it all. But they need you, desperately.

They need you because they have uncomfortable histories and monetary legacies of benefitting from colonialism and slavery that if anyone deserves to reap the benefits of, you do.

And therefore, in fact, regardless of what they need, you deserve it. You deserve to apply. It is not about what they need and it is not about extending a favour; it is about asserting a right. You have a right to apply. That may sound obvious but that right can often seem obscure and hard to see behind the ghosts of white hands that hold the offer forth.

I have often written negatively about Cambridge and been critical on grounds of elitism and race, Eurocentrism, marginalisation, silencing and the hardship of being the sole representative of your race or faith etc. But I wanted to write this piece because whilst I have criticisms, my one regret would be to have actively put off more non-white students from applying. The reason I have so often been critical of Cambridge is because I want it to be better. And it is for the same reason that I ask you to apply: I want Oxbridge to be better and it will be better with you in it.

Too many times I have been asked ‘will it be okay for me, though?’ ‘Will I fit in?’ Too many brown faces have brightened up when I’ve taken part in widening-participation talks in Bradford. Too many comments asking what it’s ‘really like’ to be a non-white student at Cambridge have been posted. I once appeared on the Students of Cambridge Facebook Page and later got a phone call from a girl asking me what it was like as a Muslim student there. She said that seeing my picture there had been important for her. Important because it meant someone like her existed there. Cambridge was better because I existed in it.

Cambridge was automatically a place more non-white people could picture themselves in because I was in it.

Then you too must exist here so other people know they can exist here too.

And the existing, well, it will and can be many different things. In the three short years I was at Cambridge I saw an increase already in numbers of BME students, or at least, BME students who wanted to talk about their specific needs as BME students. But people exist in different ways and there is not one particular BME experience, though BME students do experience some shared things. Being few in number and usually spread amongst the different colleges people sometimes experience a newfound awareness of their non-whiteness. You might be the only non-white person in a lecture, in the dining hall, or even in your college. This might have no impact or it might have some. You might ignore it or you might broach it and want to confront it. It might be alienating or you might take it in your stride. It might be something else entirely.

It’s up to you, there is no one way to do it, but always remember that there have been BME students before you, before us, and they have laid the foundations and support networks meaning that you will never be alone in those feelings. There will always be some other BME students feeling a similar way and knowing they are there makes it all possible and a risk worth taking.

There may also be greater numbers of white people who have not really known non-white people before (students and lecturers) and that kind of ignorance can bring ignorant prejudices or stereotypes with it. However, it also might not and it probably depends on your own previous experiences as to how you deal with it. Third-generation and first-generation migrants have different expectations and experiences, as do international and British-born BME students. Again, you might be one who wants to condemn and shout and ask for change, or you might be one who refuses to engage with any prejudice or overlooks it because you don’t want to waste your time. You might swing between or hang somewhere in the middle. Any and all approaches are legitimate, though the voices of those being loud are getting louder and so if you want to shout, you will not be alone.

To be less vague the best I can say is that BME students have existed at Oxbridge before and they continue to do it now. Every year it gets easier because the more of us that go through it, the less of us are alone. (Do check out The Fly Guide To Cambridge for insight from many more BME students.)

So my message to you, non-white applicants, is simple: Apply.

Throw fear behind you and throw caution to the wind. If this is what you want it is also what you deserve. If you weren’t sure when you started reading this, be sure now: apply. 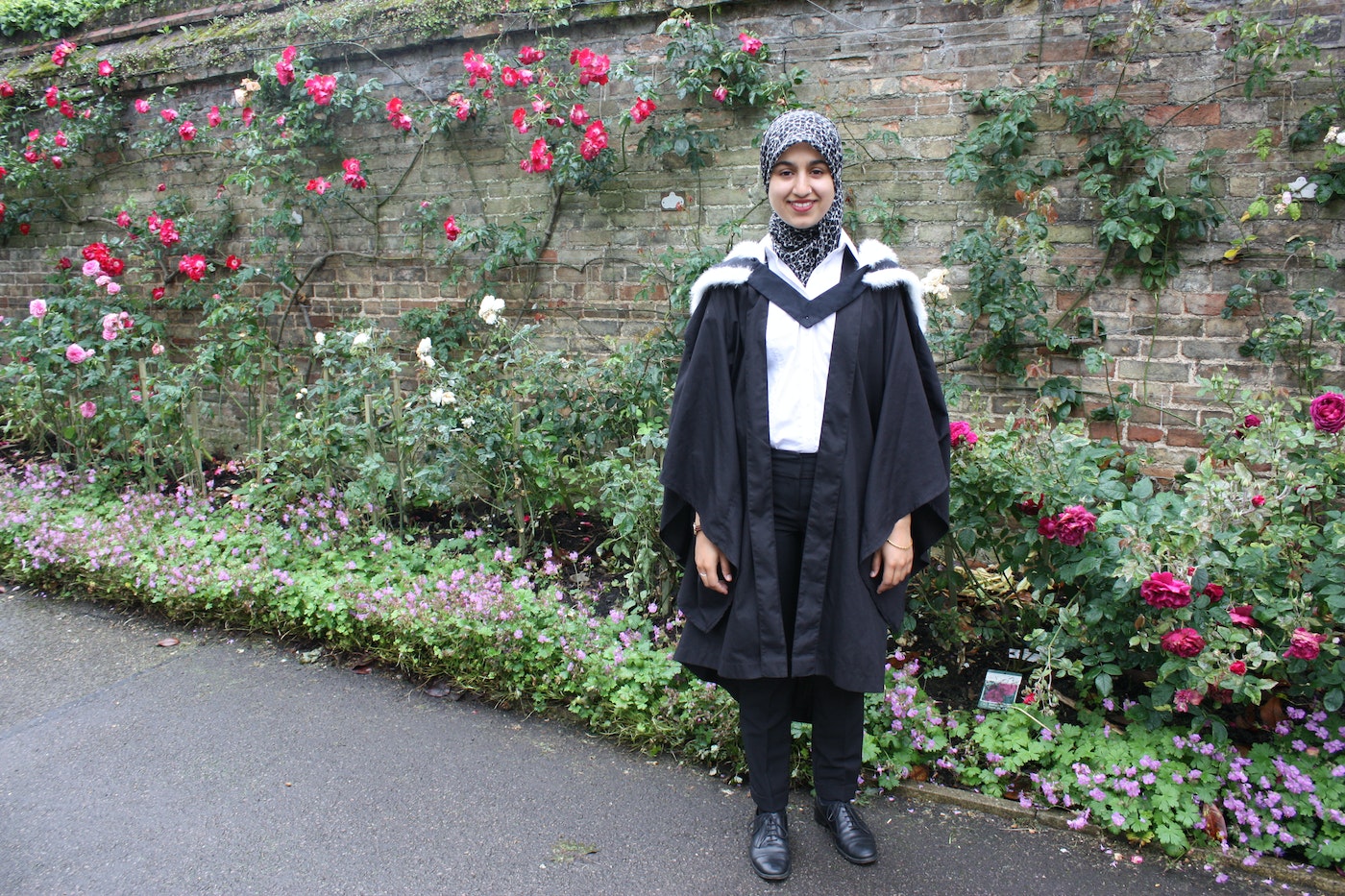 But one word of warning. One important final thing:

Do not waste your Oxbridge education on becoming an Oxbridge graduate like every graduate that made you feel you could not be an Oxbridge graduate. Do not waste the power and privilege it gives you, the knowledge of white middle-class norms and etiquette, the confidence and art of blagging – to become a powerful blagger who simply eases in with the others. Do not simply join the ranks. Do not come to become, come to change what it means to become. Get your Oxbridge degree but take that power and that privilege to the people on whose behalf you can use it most importantly.

Take the experiential knowledge to give access to more other people. It is in this way, and with this goal in mind – of broader social change and justice – that I urge you, APPLY.

Suhaiymah is a writer and spoken word poetry performer. She blogs at thebrownhijabi.com where she has written on topics including race, gender, Islamophobia, intersectional feminism and decolonising of academia. Suhaiymah won second place title in the London Roundhouse Poetry Slam 2017 with her poem, ‘This is Not a Humanising Poem’ which subsequently went viral. A graduate from Cambridge and SOAS, here academic research has been on the construction and criminalisation of South Asian migrants, diasporas and Muslims in Britain. She believes in the liberation of all people from every type of injustice and oppression in this world.

Aisha Gani Calls Out Lack of Diversity in Journalism