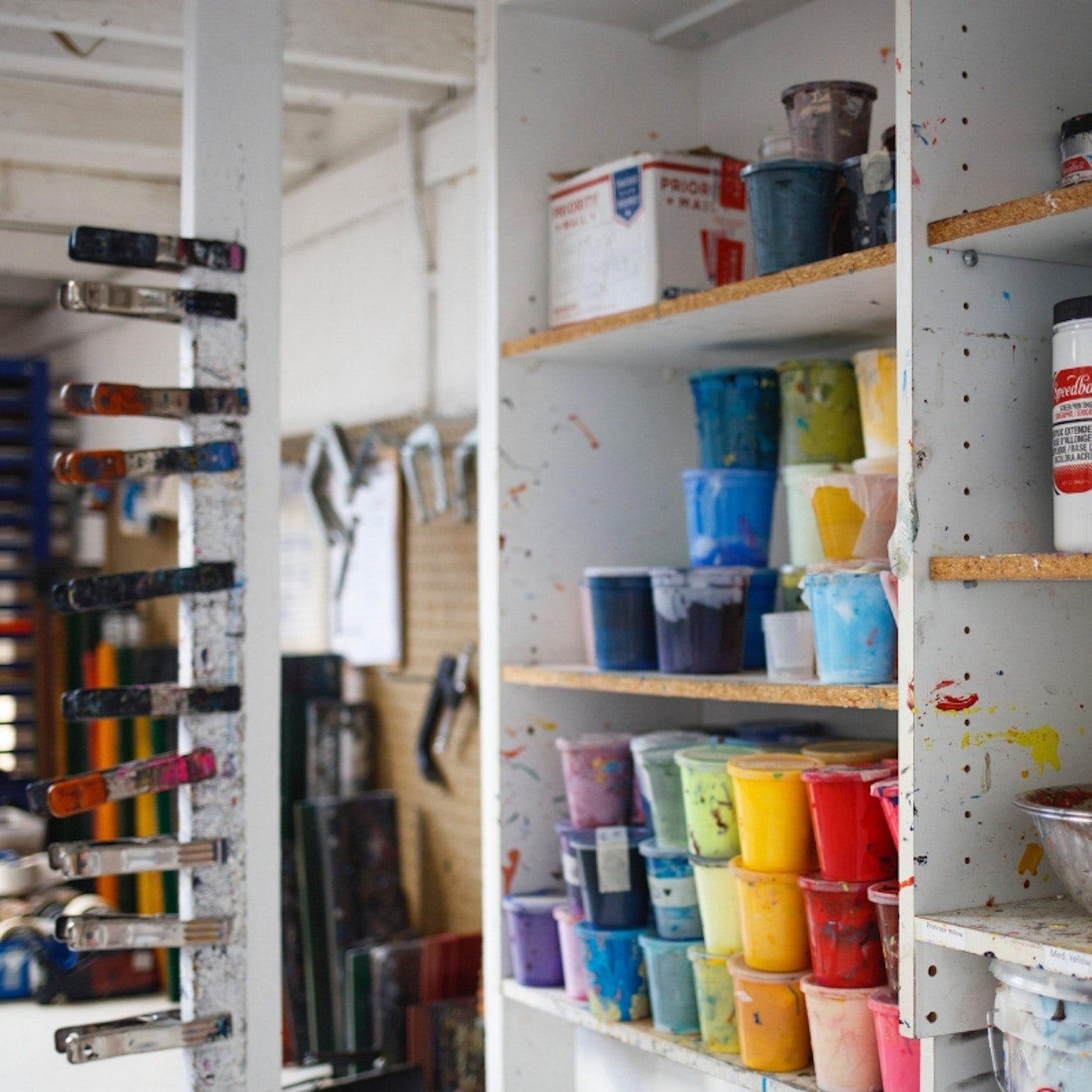 Flying while Muslim, working while Muslim and our latest addition; going to university while Muslim. Being Muslim comes with our own guidelines and a framework on how to live our lives. It’s about living with a purpose and realising that every action and intention is linked to our belief system.

Maryam Adam is a 18-year-old aspiring artist. She grew up in East London, adamant on pursuing art regardless of others in her community labeling it as an ‘unstable’ path. While her experiences studying Fine Art at GCSE and A-Levels were fairly easy, which she puts down to being surrounded by a diverse group of people, her story at university was far from.

“It was only when I took my creativity further to the more elite institutes in the UK that I truly felt I didn’t belong. Visiting Art Schools dressed in my black abaya, brown skin and the word Muslim written on my forehead meant that I would be stared at, and I had slowly become accustomed to that fact. There were many times that I wished I liked science so I wouldn’t have to leave my Asian comfort zone. There were even times where I wished I was white, just so I wouldn’t have to try so hard to fit in.”

After a number of rejections, Maryam was successful at gaining a place at a prestigious Art School. There was one other Muslim woman on the course which brought her comfort in a course that was filled with people who didn’t look like her. Her Muslim friend mentioned that nude life drawing was part of the course, and both agreed they didn’t want to do it.

“She also mentioned that the course director had approached her and told her that taking part was absolutely essential, this meant that my ally in Islam had made up her mind and would be participating. I however, through my panic, still had hope. I thought to myself, they can’t force me to go to these workshops and if I was uncomfortable, surely they wouldn’t make me do it.”

'Oh Allah, make this task easy and do not make it difficult. Oh Allah! Make it end well.'

Coincidently, the first day came with nude life drawing workshop. Maryam made her way to speak to the course director to explain that she did not want to take part.

“I was full of anxiety. She responded with an understanding face but I had seen the look. That look of ‘there’s nothing we can do’.”

“Was I really going to leave after everything? After all of the effort it took applying and getting rejections, did I have the courage to walk out for the sake of my religion?”

Maryam even asked the director if she could do the life drawing with the models covered, but it was made clear to her that they would not provide ‘special treatment’ for one person, and that it would not be possible.  She was also told the nude life drawing was an ‘essential’ part of the course and was indirectly asked if the other Muslim person on the course could do it, then what was preventing her from doing the same.

She was given one day to think about it but was told that if she did not take part in the nude life drawing then she wouldn’t be able to continue on the course because “that. Is. Art.”

Congratulations to @_ammarah who just finished 6 years of aalimah course whilst juggling college alhamdulillah! I used her amazing photography and love for Palestine to paint this for her 🌺 May Allah keep this knowledge with her always and make he ease the hardship of the Palestinians. Ameen.

The following statement is by Maryam:

“As I walked out of the building with increasing trepidation I knew I was never going back there, even though I could have. I could have kept it a secret from friends and family and presented myself at these workshops with dread, in order to get where I wanted to be, but.

I could not compromise my religion.

I knew that Islam was more important to me than anything else and that we as Muslims shouldn’t ever have to settle for something that goes against it to exceed in life. And why must we beg? Why must we feel like we are not good enough or that we have to be the ones to alter our beliefs to fit their system?

Muslims are different in most respects, and that is a fact. It is not our duty to conform, we don’t have to pretend we’re just like everyone else because we’re not, we do different things, and we put our heads on the ground and our feet in the sink.

That is our duty.

It’s funny because I remember reading in their welcome pack ‘we do not discriminate against any race, religion or sexual orientation’ but why then do they not cater for all these religions and force people to do things that they don’t really want to do. I am not asking for special treatment but institutions like this, who claim to be diverse, should offer support for everyone. The Art community is the one place I thought my socially awkward personality would be accepted, but in reality, even in a room full of flamboyance and bold fashion choices, the hijabi will always be inspected and judged. Naked women and men will always be perceived as Art and it will be harder for us to find opportunities.

When this first happened I was drowning in insecurity and without a plan. Now through the creativity, I’m trying to embrace this new independence and always reminding myself that everything happens for a reason, and that God has a plan for us all.

I am an unapologetic Muslim, and you should be too.”