Hijabs, Prayer and Alcohol; Islam in the Corporate World

by Raifa Rafiq in Lifestyle on 8th October, 2019 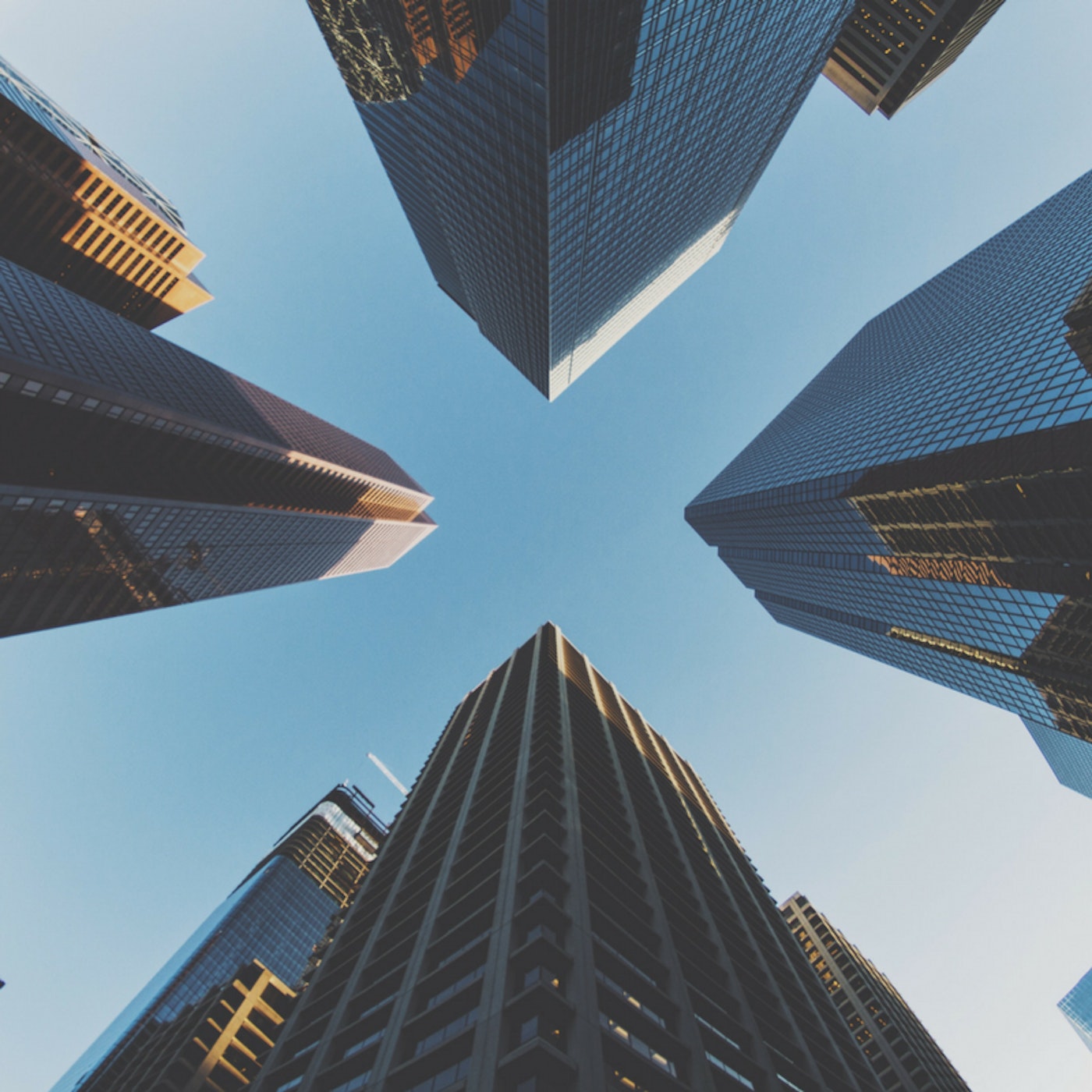 I’m a Black Muslim Woman working in a predominantly white secular corporate environment where being a practicing woman of faith has proved to not come without its difficulties. Islam takes a lot of your time, that is for sure. Excusing yourself to make wudhu, pray, make dua and repeating this five times a day can be laborious for some but it is this routine and constant connection with God that I find to be exceptionally beautiful. An actual way of life that embeds itself into the daily life of a Muslim. So imagine my distress when I started a job that doesn’t necessarily take into account these little escapes. It was a little disconcerting, to say the least.

I debated whether going to pray was something I would tell my supervisor about or whether I’d just sneak off to have my alone time with God.

I debated whether I should wear my hijab the traditional way or wear it as a turban – thinking this would make me a more palatable Muslim and therefore not make others uncomfortable with my conspicuous exhibition of religion. And finally,

the question that I am still battling with, to abaya or not to abaya – and if I would still look ‘professional’ with such a garment on.

These are only a few questions that plague my steps each day when I walk into work, balancing a job in an industry I have always wanted to be in and being true to my values and upholding my integrity. I have come to the conclusion that yes; you can indeed do both but with an integral change in perspective – you have to own yourself. To give you a little bit of background, here is my story into commercial law.

I was in no way privileged as a child. I went to possibly the worst school in my borough, so bad that it got turned into an academy when I started year 10. I did, however, love learning. I was what you’d call an all-rounder, excelling in all subjects except what I consider the creative ones (I thoroughly sucked in Product Design, Art, Textiles, and ICT). Science was my playground and my family had convinced me that I was going to become a doctor. I chose to study Biology, Chemistry, Psychology and English Literature in Sixth form.

I loved the arts with just a bit more vigour so I chose to self-study AS philosophy on top of my four subjects. I went on to apply for medicine and mid-interview at Kings College London I realised that this wasn’t the profession I wanted to go into. (Science is wonderful in the classroom but nobody talks enzymes at the dinner table). I took the stereotypical year out after sixth to ‘find’ myself and got incredibly bored so I self-taught myself the AS subject I dropped (Psychology) and applied to study English Literature at a university.

On climbing the ladder

When I was seventeen I did work experience at a mid size law firm called Stewarts Law from a connection with one of the school governors. I loved the experience. Nonetheless, I chose to study English literature and not law at university. Being the diligent researcher that I am, I realised early on that law firms accepted people who had not read law at university, all they needed was something called a Training Contract from a firm and that law firm would pay for you to study the law conversion.

I created an excel spreadsheet with law firms, grad recruiter names, contact details etc. It was a real mission but I was focused on the end goal – a training contract. I finally landed one at my dream firm at the beginning of my final year at university. I went on to study the dreaded GDL at BPP Law School in London which was followed by six months off to Eat.Pray.Love again, returning to study the accelerated LPC. Both of which were grueling and very difficult. I started my training contract at a magic circle law firm in September of 2017, sitting in the firm’s Capital Markets group, more specifically in their Structured Debt department.

I realised from very early on that the position I occupied by simply ‘being’ made it so that the job I wanted was just a little out of reach for me than say your typical middle-class white man. Consequently, before encountering any issues, I sought help from organisations that either aimed to increase ‘diversity,’ and from those purporting to help ‘underprivileged’ kids from ‘underprivileged’ backgrounds. I knew I was excellent and deserved the same opportunities as said white middle-class boy and frankly, I was going to do anything to get to where I wanted.

At university, I was a ruthless ‘career events’ girl and unsurprisingly, the same people would show up at the same events forming a little network of ‘shiny suiters’ who are now close friends of mine.

So I guess to answer a question I received –  no, I did not have visible issues applying for opportunities in corporate law because I tried removing the chances by joining organisations which helped me through doors I wouldn’t have been able to open myself. I encourage any woman of colour to do the same. If I had done it alone, I am not sure if I would be where I am today.

Alcohol in the workplace

Nonetheless, existing as a Muslim woman in the workplace is another story. I have not encountered anything terrible but microaggressions are rampant. What is rather empowering is that I have seen quite a few Muslim women sitting on the corporate table, albeit on the lower end and not amounting more than five, but it is slowly getting better I suppose. Nor have I had any issues wearing hijab which is what a lot of people continuously ask me.

The most important piece of advice I would give to a practicing Muslim woman is to own yourself and stay certain and intentional. You neither need to explain why you wear a hijab or why you believe in God. You are not the representative of Islam so you should never feel the need to speak for others. With that attitude comes a respect that others will give you when they come to understand your no-nonsense policy on personal matters.

At the end of the day, these people are your colleagues, so set that precedent at the beginning and I believe everything will fall in line. Another question I always get asked is how I manage work social events what with alcohol being the blood that runs through all department socials. Frankly, I go to work socials and I enjoy them. Work is rather political and you have to be ‘seen’ to be sociable and likeable to score on political points. When it comes to promotion or who gets put on a deal, you’ll be glad to have the likeability capital. You don’t want to isolate yourself or else people will isolate you in return.

In response to that, own your non-alcoholism. This isn’t to say shout out loud that everyone is ruining their liver or that they’ll regret their drinking the next morning…just say no. It is really that simple. And if discomfort arises, nothing says shut up louder than HR.

Whilst all of these things focus on the self, it is very important to find a firm that fits and allows you to be unapologetically yourself (although sometimes you have to hone it in – that is the god given truth). To give you an example, in the summer of my second year of university I secured a vacation scheme (an internship) at a silver circle firm. It was Ramadan and fasting was incredibly difficult what with the after work drinks and socials I felt obliged to show up to in order to get a training contract interview.

On the first day, I asked whether they had a prayer room that I could use at lunchtime. The response was, ‘sorry no…but we do have a room down in the basement that you are free to use’.

I was appalled and when my vacation scheme came to an end, I asked to be excused from the interview process knowing I would not be accepting the firm should I even be offered a job. On the other hand, the firm I currently work in has a prayer room with Jumaa prayers scheduled in every Fridays.

So whilst it is important to be confident and be intentional in who you are – it is equally as important to ensure the infrastructure of where you work is there to support your practice in faith and eventually making you a better lawyer.

On being in a 9-to-whenever-you-can-go-home

Finally, my last few thoughts are on those dreaded hours. I knew that I wasn’t going into a strictly 9-to-5 job. It is more of a 9-to-whenever-you-can-go-home. The people who really felt the shock were my parents. Coming from a strict Muslim household where I was home at an ‘acceptable’ time each day, it was incredibly difficult for them to understand why I was returning home at 2 am or even later. It is still a point of contention but communication and a little bit of rebellion have made it the norm now.

Do try however to find some sort of balance. I for one think weekends are sacred so would try and get out of weekend work as much as I can. In fact, my work phone stays tucked away during the weekend as I focus on seeing my friends or recording my podcast.

For those with a craving to work in law, I would suggest doing a lot of research in the work. Should you enter the profession, I urge you to still burn the candle of your extracurricular passions. It is what will make you an interesting person and what I’d like to think would make me an interesting lawyer. It is not all doom and gloom. I have been able to work on incredible six-figure deals, build a network of hard working successful people and be trained to a truly excellent level. I have a deep belief that my 20’s are my hard working hustling years where I am able to build the foundation of the life I want to live and I truly believe I am doing just that.

Raifa Rafiq is a trainee solicitor at one of the leading international law firms in the UK. She is also creator and co-host of the Literature and popular culture podcast Mostly Lit - named by the Guardian and the BBC as one of the top podcasts of 2017. Raifa is an eclectic writer and an avid reader but most importantly, she is a proud Black Muslim Woman who 'stans' for each and every one of her intersections. When she is not working you can find her on her Twitter sharing her opinions on just about everything.