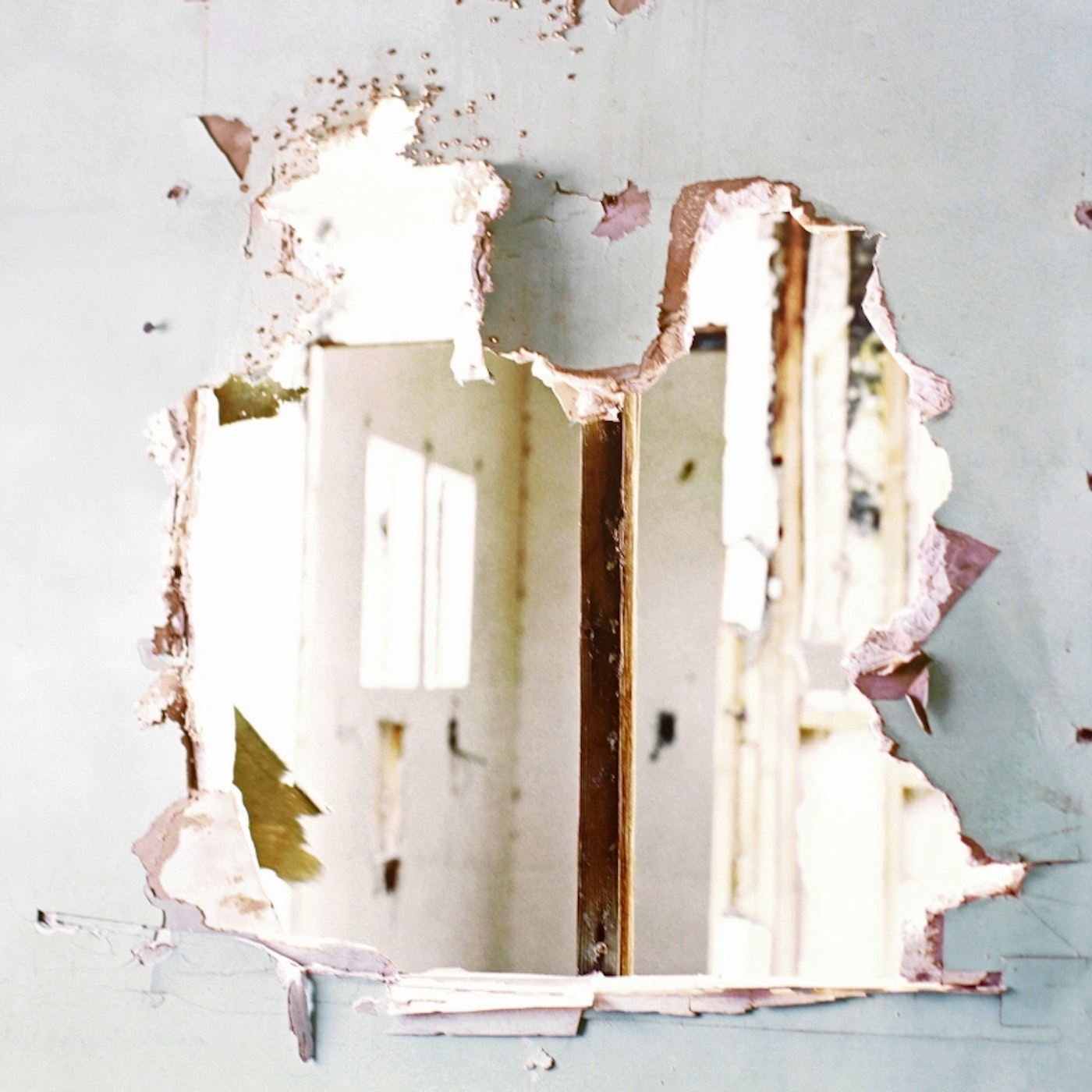 The conversations surrounding #MeToo require a whole lot of listening, and as usual the groups that feel attacked when these conversations come about feel as though they are entitled to do more talking than listening during these conversations. Many times, when we talk about race, some with privilege white folks feel like their voice matters more than those who are affected by the use of privilege. When it comes to Islamophobia, some who are not Muslim, and do not have to deal with consequences of hatred against Muslims feel as though their opinions must be heard first. The incessant need to jump in by those who are unaffected by racism or bigotry is present because it is their privilege being questioned when these conversations occur. The #MeToo movement is not safe from this ugly paradigm.

Men can be victims of abuse

To be clear, men can be victims of sexual abuse and/or harassment. However, we know that many of the perpetrators of this crime happen to be men. And in the media, the biggest names being exposed as abusers are heterosexual men with wealth, power, and influence. Because of this, that demographic of men feel the need to address their feelings on the #MeToo movement and tell survivors how to feel. The most recent example of this is Tony Robbins.

Tony Robbins is an influential life coach who has worked with celebrities, successful business people, athletes, and even presidents. A video surfaced this month showing Robbin’s state that “try to get significance and certainty by attacking and destroying someone else.” in relation to the #MeToo movement. In his view, women are using the movement to destroy the men who abused them. This sentiment, as problematic as it is, is not uncommon. More often than not, many (men!) believe that women and society as a whole should not hold abusers accountable as it can ruin their lives and destroy their reputation. The idea that a man’s personal being matters more than the safety of victims is just one of the scary ideas perpetuated by rape culture, and now, unfortunately by a man like Tony Robbins. According to Robbins, his friend was interviewing for a job and had two men and one woman as candidates for the career. He then explains to Robbins that he felt uncomfortable hiring the woman, because of her looks. In this anecdote, Tony Robbins takes the time to tell a packed auditorium that his friend is a “powerful man” who was “super stressed” because while the woman was more qualified than her male peers, she was attractive and that was “too big of a risk”.

There is so much wrong here. One, Robbins admits that he’s friends with a man that did not hire a qualified person because she was attractive. Two, he states that this friend considers women he deems attractive a “risk” to have in the workplace. Three, as if to hammer the nail into the proverbial misogynistic coffin, Robbins explains that “dozens of men” express the same feelings as his friend.

Robbins’s remarks highlight the “boys club” mentality held by many powerful men, where they would feel perfectly fine to disclose the fact that many of their friends don’t hire conventionally attractive women because of the “risk”. The way Robbins phrased it, with conviction, amplifies the fact that many men believe it’s okay to objectify women in the workplace, it has been normalised.  In Tony Robbins’s world, it can be argued that he is implying it is the woman’s fault, for merely existing, and being, and with that, there is a likelihood of being harassed because of the needs and nature of men, specifically powerful men. Yes, we can root for people to grow and out-grow harmful ways of thinking, but there should accountability held to people in positions of power and influence when it comes to a topic as nuanced as sexual harassment/abuse.

Robbins, as ugly as his opinion is, is not alone. Why mention the lives of abusers in response to the feelings of victims? What was the point of sharing this story in the context of #MeToo? Because of the lens that some powerful men see the world, you have to look at the feelings of everyone and exist with “empathy”- which is all well and good, but saying that we must consider others when discussing the issues facing women is not productive. These men want the conversation to be about how the men feel. This is not the same as asking for things like due process when sexual harassment/abuse claims are made. In fact, the phrase “due process” has become a dog whistle of sorts to other powerful men when statements occur, asking the public to see things from the male perspective, which automatically means to question the victim. This derails important dialogue and makes the #MeToo conversation a hostile environment for survivors.

The “let’s put male safety and fragility above the safety of women” paradigm was put on display when earlier this year, the Trump White House was slow and defiant in firing Rob Porter, a man who was accused by both his former wives of domestic abuse. Even when photos with one of the women he was married to, Colbie Holderness having bruising and a black eye surfaced, the White House defended Porter. Trump (who is facing dozens of sexual harassment claims himself) said that he believes Porter is “a good man” and is upset that he “did not receive due process”.

BREAKING: Trump wishes Porter well, points to his denials. "He says he's innocent. I think you have to remember that." pic.twitter.com/t3PfTVtld0

The current White House tenant also said that  “He [Porter] said very strongly yesterday that he’s innocent. So you’ll have to talk to him about that,” and “We absolutely wish him well. Did a very good job while he was at the White House.” Yikes. Not only did the public believe the allegations, Porter received a full security clearance by the FBI because of them. We should pay special attention to the President’s remark of Porter claiming his innocence, and that “you’ll have to talk to him about that,”. This pushing of Porter’s innocence and what he said has happened before when then-candidate for Alabama Senate seat, Roy Moore was credibly accused of molesting and harassing girls as young as fourteen before a special election in that state. When asked, the President pushed that Moore claimed his innocence and what Moore said. Both Tony Robbins the President of the United States are backers of the “let’s remember how the men feel” campaign, a campaign whose agenda is to make abusers sympathetic to the public and consider their feelings and lives, instead of those of victims. Unfortunately, the Muslim world is not safe from that scary line of thinking.

The way we discuss sexual abuse in every community, or any circle, can be dangerous. Whether it’s in entertainment, politics, or in religious settings, many would like to turn the conversation on its end, and put the feelings of men at the forefront front and centre of our objectives.

To reiterate my earlier point, there is nothing wrong with asking for fair judgement when dealing with sexual harassment claims, but if your immediate response to women’s stories is to discredit or claim “what about his opinion???!?!!” we must question this method of ‘justice’. No matter what happens to a woman, the man’s position, his credibility and reputation, are more important. It is important to remember that power dynamics are a huge aspect of any conversation surrounding abuse, and especially the #MeToo movement. Yes, famous women accuse men in powerful positions of abuse, but abuse happens everywhere. Waitresses, housekeepers, factory workers, and other women whose names won’t ever be in print are also victims. In this context, it can be argued, that it is often men who are also in control of a woman’s salary, or career, like in the case of Harvey Weinstein, in the film industry, with countless numbers of actresses.

If powerful and influential media personalities are not held accountable, and if we continue to favour the narratives of men who commit acts of abuse, then you actively discourage women who do not have a platform, to report their non-famous abusers.

As Tony Robbins, Donald Trump, and Rob Porter, along with their supporters have proved, discussions surrounding powerful men being abusive that cannot be trusted to be lead by men with power. It is the responsibility of the general public to always uplift the voices of survivors so that the powerful do not drown them out. We cannot be complicit in the self-preservation of abusers.