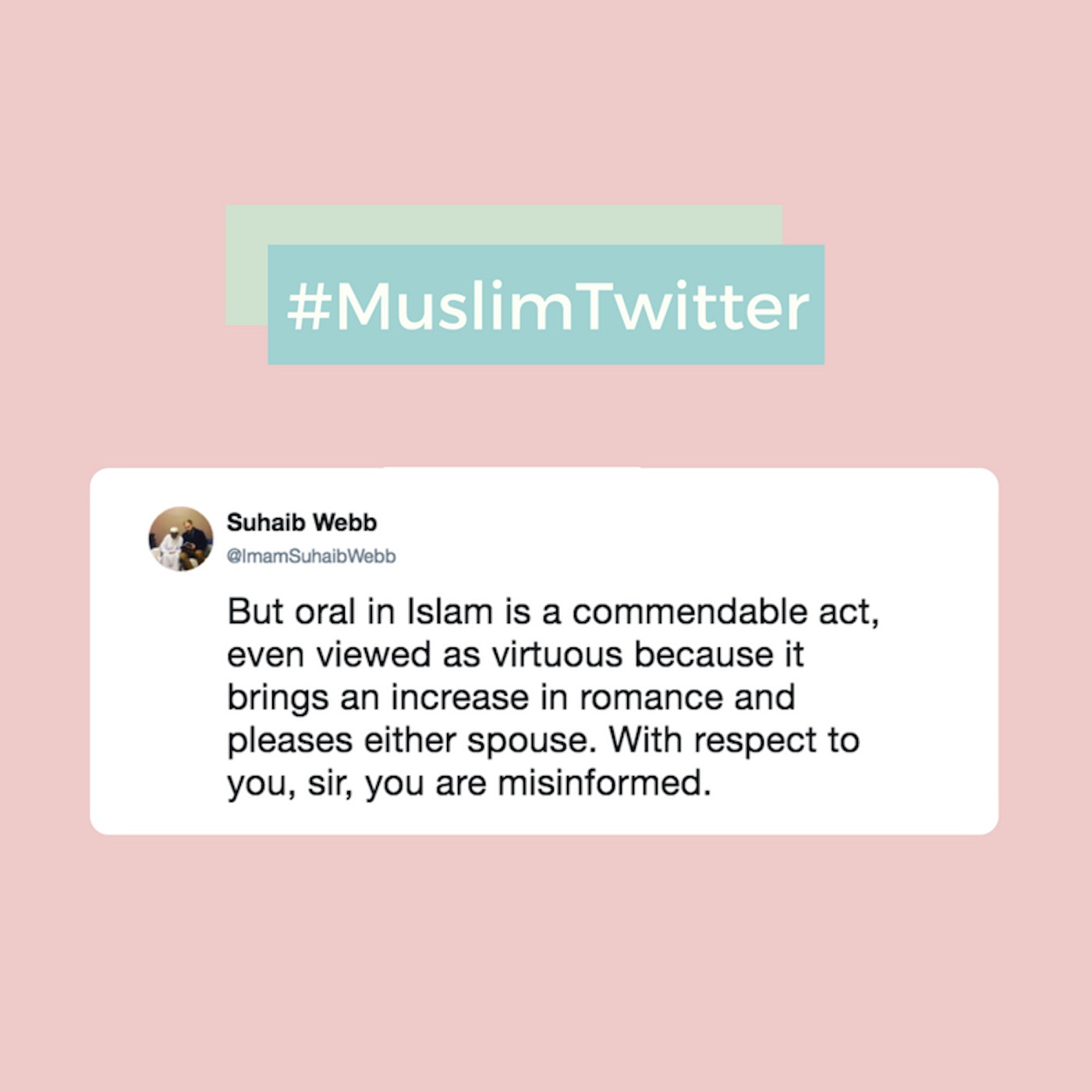 In the weird and wonderful world of Muslim Twitter, in May of 2018 DJ Khaled talk about oral sex on the radio show ‘The Breakfast Club’. He stated that he doesn’t perform oral sex on his wife but expects it because he is a King and the rules are different for men and women. Many took his comment in light of him being Muslim and thus sharing the Islamic point of view. Whilst Twitter may not be the platform to discuss fiqh, Imams like Suhaib Webb who is known to answer matters of fiqh via Snap chat came to respond to questions that subsequently arose, from whether oral sex is permitted and outlining that a Muslim woman can divorce on the grounds of sexual dissatisfaction.

Khaled HAS to say this. He is MUSLIM. Because of his stature, he cannot publicly announce he actually gives head.

In his world, the mouth and tongue are used for recitation of the Qur'an and for the remembrance of Allah. That is the Islamic way.

Except this is not based on any sound Islamic doctrine/tradition. Oral sex isn't prohibited in Islam and a wife can divorce her husband if he doesn't sexually satisfy her. Don't spread misinformation about our religion please.

Scholar Suhaibb Webb going as far to say that oral sex is commendable.

But oral in Islam is a commendable act, even viewed as virtuous because it brings an increase in romance and pleases either spouse. With respect to you, sir, you are misinformed. https://t.co/mEBp0lgly7

Some debated whether the topic was appropriate to discuss via Twitter and many raised the point that sex education for Muslims whatever the medium is important.

On the contrary, we should be discussing it more. Research has shown discussing what a healthy sex life entails while kids and teens are younger decreases their risk of having unhealthy relationships and actually delays the time they start having sex.

furious at AND indebted to DJ Khaled for chain-reacting this tweet into existence pic.twitter.com/Zba9p8Lsx8