When Ash Sarkar Took on Piers Morgan on This Morning 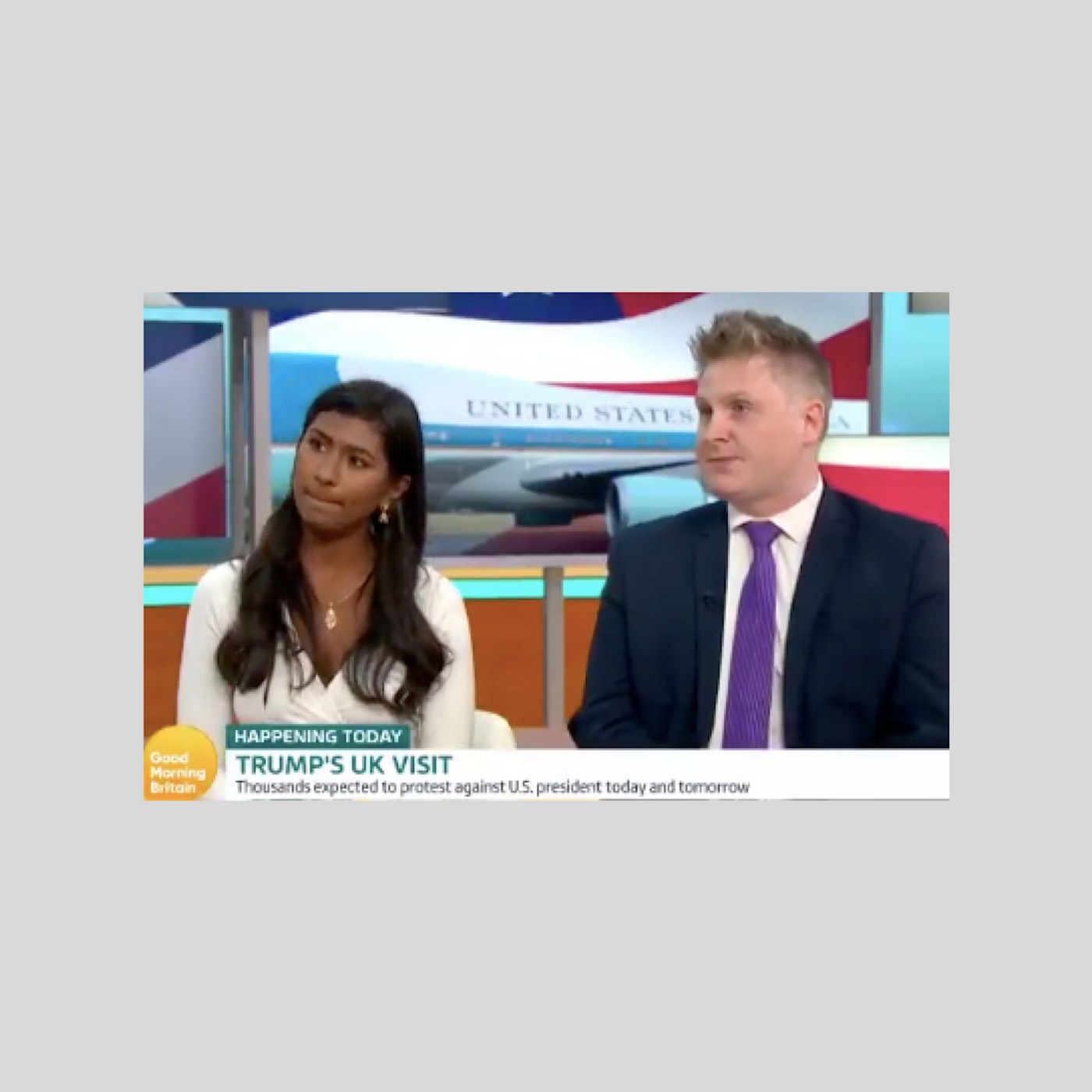 Youtube and Twitter were set alight with commentary after This Morning interview between Piers Morgan and Ash Sarkar took place yesterday. The host was seen unprofessionally berating the activist, for supporting, ‘Obama’ during his term, but deeply criticising Trump and his policies calling the, “forced separation unconscionable, our Prime minister holding Trump’s hand is an utter embarrassment.”  The conversation was triggered on the back end of thousands expected to protest against US president Donald Trump this week. The inflammatory interview took a humorous turn when Ash Sakar replied saying, ” He’s not my hero (Obama) I’m a communist you idiot,” triggering a howl of laughter from Morgans co-host who visibly disagreed with his inflammatory comments. Shortly after this Sarkar commented on his incompetence as a journalist,

Piers Morgan told her, “You have every right to protest, just do it with perspective.”

The two went head to head, with Piers speaking over his guest, Sakar claims, “its embarrassing, you have drawn out your guest and put words in my mouth and deflected from the actual argument I had.” The interview has reached over 2million views, and a number of people championing Sakar for her views, and hilarious delivery.

In an extremely fiery debate, we discuss the thousands of people who are expected to protest against President Trump… @piersmorgan @susannareid100 pic.twitter.com/KXS1UiW9fg

Communism means you have to be topless all the time, rules are sadly rules. https://t.co/w7EGBf8VHn

And in any case, I’ll school you for free. https://t.co/5yEvlWIcrL

If looks could kill pic.twitter.com/TJ1pRNxuWs

Yeah, I couldn’t remember the figure for how many were deported under Obama. But that’s still not half as embarrassing as @piersmorgan forgetting that he’s actually meant to be a journalist.

@AyoCaesar “I’m a communist, you IDIOT!” @piersmorgan Even the kids were in stitches! #goodmorningbritain #GMB

LOL @AyoCaesar looking so bored with Piers Morgan repeatedly asking her about Obama when she’s on the show to speak about Trump.

LOL @AyoCaesar looking so bored with Piers Morgan repeatedly asking her about Obama when she’s on the show to speak about Trump.