Minorities in Education Interviews: What Was Your Experience Like?

by Amaani Master in Identity on 17th December, 2020 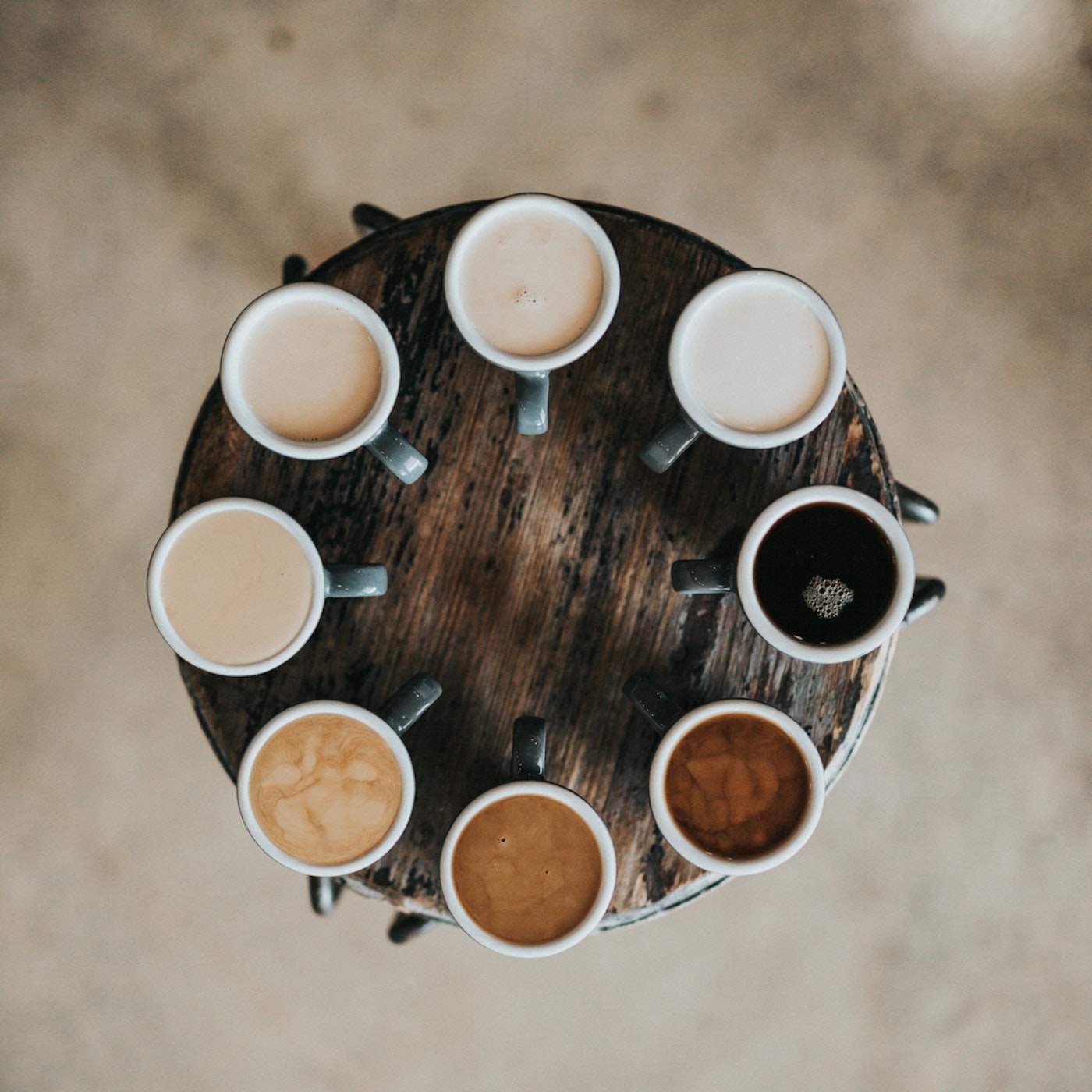 Sometimes you don’t realise how accustomed you have become to a certain lifestyle until you are plonked into a totally different one. The environment and the people you surround yourself with become your home, and everything you know becomes normalised. It is only when you are taken out of that environment and placed in a completely new one that you understand how different places shape who you are. To give you some context, I moved back to the UK after living for 10 years in the UAE. I moved into a predominately white, middle-upper class boarding school in the Midlands. Where I grew up, it was normal to have friends from every corner of the globe and be exposed to a vast array of cultures and religions. But when I moved to the UK, I found myself a distinct minority.

The more I progressed through those two years, the more I started to see myself change. As the distinct minority, there was no one around me that looked like me or shared the same values, both in terms of culture and religion. Naturally, I fell out of love with them. I prayed less, was distant from Allah, and I started to think differently, I had fully bought into the Western ideal, that in order for me to be accepted, I needed to drink and to smoke. Sure, my classmates understood why it was that I didn’t drink, but I felt like I was missing out on being social, and that’s the reason I was so isolated. A big part of me thought I was doing it to myself, I thought ‘there are other international kids who are doing fine, maybe it’s just me.’

On the surface, it looked like everything was fine, perhaps I was just introverted in nature, I would tell myself. But I kept all my feelings bottled up about it, and it is only now looking back on my experience, I’ve come to accept that although my time during A-Levels had its good moments, it also had its bad, and sometimes, yeah, it got really bad.

Don’t get me wrong, I received a good education, I got into a good university, and I met some incredible people along the way. As a whole, it helped me grow as a person, and when I moved to university and met likeminded people, I instantly came to appreciate my own culture and religion so much more. As humans, we crave someone to emulate you, mirror you, so that they can in some way reflect your experiences so you feel less alone. Someone who looks and sounds like you, as they become your voice of reason.

When I sat down to write this article, I reached out to people via Instagram who were also minorities in education, and who moved to countries that were not their own. I found that as much as I liked to think I was alone, and the only one suffering. I CAME to find, I was massively wrong, there are masses of people who’ve been through exactly what you have. It is just about finding them, to help you reconcile your own experiences and traumas. So that is what I did.

1) Where did you go to school and where is your home country? – briefly describe your experience there

Anirudh: Went to school in Singapore, home country Singapore. Studied for 15 years in a highly competitive system that valued grades and individual performance greatly. Underperforming was detrimental to a student because it shut them off from many paths of progression to higher studies

Farida: I studied for 10 years in England and I’m originally from Libya. I was the only Arab there and I felt like an outsider and found it hard to fit in

Ayesha: I’m born and raised in post-Apartheid South Africa in the city of Cape Town

Malaika: Originally, I am from Gujrat but my family have an African background and I am also Canadian. Went to school in Sharjah my whole life and its home for me

Gisela: I went to school before in Spain, it was good but I didn’t enjoy the way they taught (subjects are too theoretical, especially the sciences, they don’t value music and arts.

Bea: I come from Hong Kong, China, but I went to school (and uni) in England for the past 6 years

Anirudh: Moved to the UK at 21

3) Was there a culture shock or a shock in any way when you moved schools (Y/N)? – Why do you think that was?

Anirudh: there wasn’t much of a culture shock because it was very similar in terms of diversity of individuals and differences in the way of life. The main difference that was observable was that people took themselves less seriously and gave themselves the space to have fun

Farida: there was definitely a culture shock and I’m still trying to get accustomed to the culture and its been 7 years. When you live in a completely different environment and you move to a different culture it’s very difficult to adapt and you feel like an outsider even in your own culture. I came and I was shocked at the different mentality, the different language, the attitude of the people it was all completely different and took a long time for me to adapt.

Ayesha: Yes! Especially my primary to high school move as I was accustomed to white-upper class culture, accents and luxury. Being around so many brown people, especially Muslims, was very weird for me.

Malaika: There was a definite shock when I moved schools because in my first school, the majority of the school were Muslims and Arabs, compared to my new school where there was a wide variety of nationalities I wasn’t exposed to until I moved

Gisela: Yes. Even though my first shock was the language barrier, I felt like England was not so open as a country to foreigners (although in my case and in school it was generally great) and people tend to have different/wrong views from where you’re from and then treat you based on that

Emma: Yes, because I was not expecting the language to be a barrier buy it somewhat was. Mainly because of the specific jargon and humour people in the UK would use to communicate, which I did not understand or felt included in. Then I must say that it, in some regards felt like some of the values that people in my surroundings back home would take for granted weren’t necessarily present to the same extent in London

3) Did your culture or religion in any way isolate you from your school/classmates (Y/N)? – Say why

Anirudh: culture/religion didn’t play any part in isolation. Although I’m a Hindu, I never really ‘practiced/ it or made it a point of conversation among friends. Most conversations were quite secular and even if religion was talked about, the environment I’m in allowed for chill discussions to happen

Farida: I got a bit of bullying and the kids did pick on me from coming to a different background, in both my old school in England and my new school in Dubai, I was an outsider in both and I found it hard to make friends or find people I can relate to.

Alla: Yes, sometimes especially when I started wearing the hijab, people thought of me differently and I got some comments from people in the years below in school, this made me feel isolated

Ayesha: In my white school, yes. My Arabic name was mispronounced, my accent forced me to mispronounce Arabic words like Muslim/Muzlim. I’m ethnically Indian so when I wore henna on Eid kids would often make fun of me for having dirty hands.

Malaika: Yes, my culture and religion did isolate me because people’s ideas of fun were completely different from mine

Gisela: No, it didn’t isolate me but I could feel like an outsider at times. I would miss my culture and wasn’t able to share their culture as my own.

Bea: I don’t think my school/classmates were isolating me given my background as such, instead, I was isolating myself from them and tended to stick to people of the same ethnicity or people from a foreign background. I guess I found other foreign people more understanding of what I was going through, so we got along pretty well and had more in common.

4) Looking back on your time (if you are now in uni or at the end of your schooling), do you think that the move positively/negatively impacted you and do you have any regrets?

Anirudh: the move definitely positively impacted me. I needed to take a break from the highly competitive, and lowkey toxic environment of the Singaporean education system. The UK has provided me with the breath of fresh air that I needed.

Farida: I think moving positively impacted me and I would not take it back even if I did get picked on for a while and it was difficult at first, it shaped me to who I am today and I believe that my life would be very different if I had not moved. My only regret is allowing the bullying to get to me and stopping me from growing as a person

Ayesha: I am so glad I had such a holistic experience of culture and class during my schooling days. It genuinely helped me learn tolerance and empathy for those around me regardless of race or creed or class.

Gisela: I think it impacted me very positively, I learned to value people more, judge them less by who they are on the outside and learned a lot about England as a country and their culture and people. I think that since I was in boarding school I still lived in a bubble and I would like to go back and experience the ‘outside a bit more’

Emma: deffo positively now. I have enjoyed witnessing something different and contrasting to my own – I found it positive to get some distance to my own culture and experiences, not to take for granted the positive things and lose some of the biases I might have had more previous to the move

Bea: I have no regrets; high school was great and it was really fun learning about a different culture and being able to feel ‘at home’ by the end of 5 years of it! It definitely changed me for the better as I became more appreciative of what my family was doing for me, and I grew closer

Amaani is currently studying at SOAS, University of London. Amaani grew up in the UAE and spent the rest of her education in the UK. She discusses the dichotomy between styles of education in the UK and the UAE. What this means for our identity.