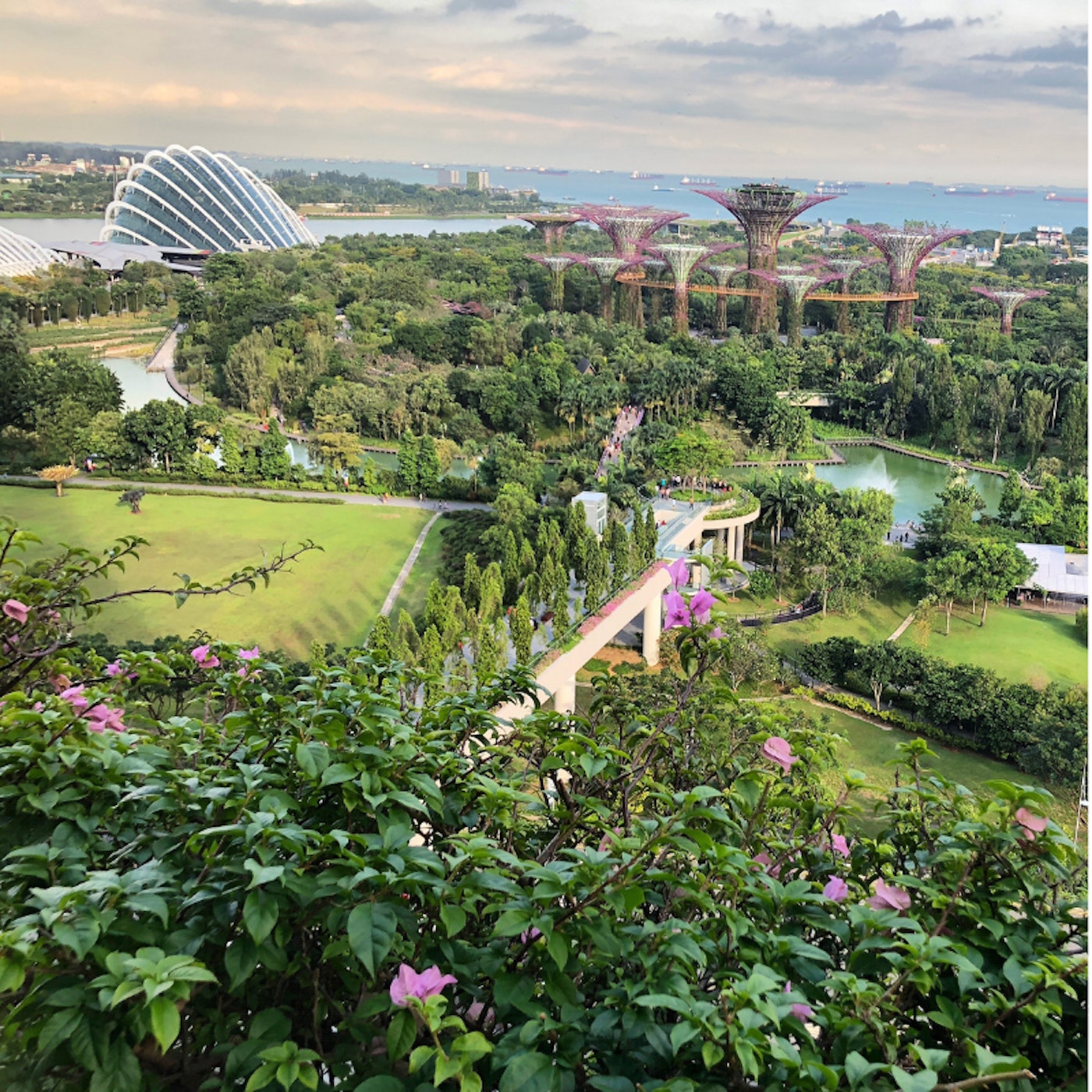 If you’re exploring the world solo or an unseasoned traveler and are not sure where to start exploring South East Asia from, this one is for you!

Visiting a new region or continent so far removed from everything you know can be both very exciting and very intimidating, but it shouldn’t stop you from visiting the places you long to go. Traveling through different cultures is such an enriching experience, and for me personally, it helped me understand so much about humanity and myself. Singapore was one of the first countries I visited when I started traveling. I had always been intimidated by flying somewhere so far and so different, but when one of my siblings relocated to there, I took it as my cue to experience the wonders of South East Asia for the first time!

Growing up, it was always Malaysia and Thailand that made my bucket list – I didn’t know anything about Singapore, but soon after arriving, I realised what an absolute gem it was. I’ve returned two more times since then, and I hope I’ll be able to return many, many more times in the future. 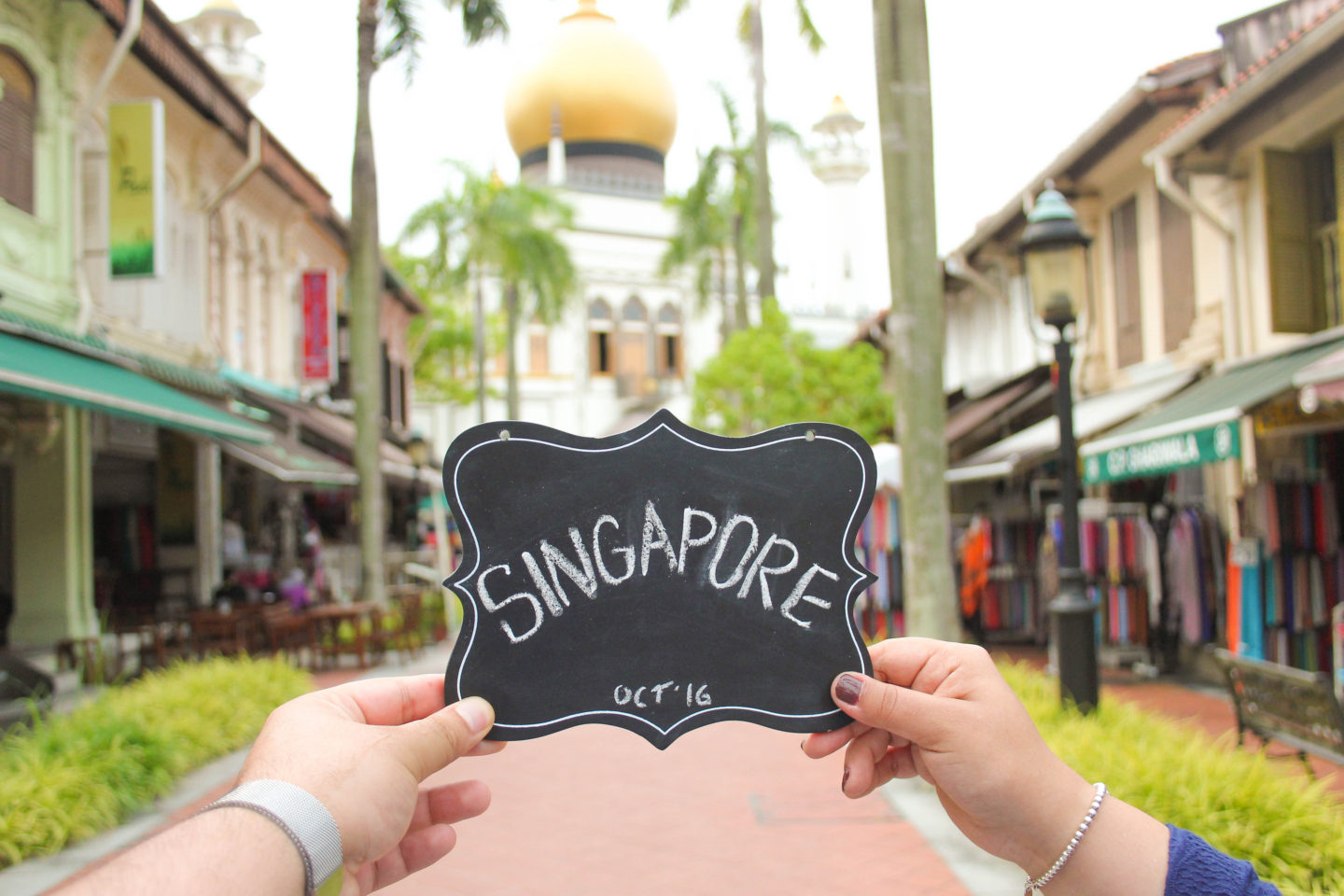 Here’s why you should start exploring South East Asia from Singapore :

The official language is English

Yup, the official language of Singapore is English – meaning it’s pretty difficult to get lost in Singapore. You’ll be able to communicate with people, find your way around easily, and never have to rely on a phrasebook or Google translate! Singaporeans even have their own version of English called “Singlish” – English is spoken a way you’ll only hear in Singapore

Singapore has one of the lowest Crime rates in the world

I know for myself, and many of my friends, safety can be a deciding factor in the countries we choose to visit. Singapore has such a low crime rate that newspapers often sensationalise things that are considered “normal” in other cities – i.e graffiti!

I have never felt safer anywhere in the world than I do in Singapore. You’ll be free to roam without fear of someone stealing your precious camera or passport, you’ll never have to look over your shoulder for pickpockets, and you’ll never have a bout of panic when you entrust a random passerby with your camera so they can snap a photo of you.

One of the things that surprised me the most on my first visit to SG was seeing MacBooks and iPhones left unattended on tables in McDonalds as people went to make their orders!

It’s well connected to the rest of south-east Asia

Just a 30 minute drive away from Malaysia, Singapore is also a short flight away from a number of interesting countries including Thailand, Indonesia, Vietnam, Laos and Cambodia.

Budget airlines mean tickets between the countries can be super cheap. If you’re flying from Europe and you’ve already spent 13+ hours getting to Singapore – don’t pass up an opportunity to visit other countries in the region! Flying from Malaysia may work out cheaper than flying from Singapore, so factor that into your searches too.

There’s so much to see and do

I remember researching things to do in Singapore before my first visit, and 90% of the stuff I found online was “Singapore is boring” “Alcohol is so expensive” “chewing gum is illegal” (priorities right). I embarked on my flight thinking I may have wasted a lot of hard-earned money, but I quickly realised what a valuable investment I had made! Every time I’ve returned to Singapore since then, I’ve marvelled at the latest openings and how quick this incredible country is developing.

There’s so much to see and do in Singapore, from the wonderous Supertree Grove and the incredible surrounding Gardens By The Bay (complete with an indoor Flower Dome and Cloud Forest!), to the botanical gardens, the worlds first Night Safari, Sentosa island resort (home to the super fun Universal Studios) and exploring the ethnic quarters of Little India, China Town and Geylang

It is really easy and cheap to get around

Singapore’s public transport network is amazing. Not only is it spotless, easy to use and efficient, it’s very, very affordable too. Singapore’s public underground service is called the MRT and it stretches across the country getting you where you need to go without hassle. It’s the best public transport I’ve used in my life – you’ll be wondering why people are so obsessed with the (filthy & temperamental) London Underground!

The bus network in Singapore is reliable and easy to use, public taxies are affordable and reliable. You can also use Uber and South East Asia’s competing app, Grab Car, for inexpensive taxi journeys.

It is a super- modern high tech city

If you’re seeking a rural retreat in nature, Singapore may not be the place for you, but if technology excites you, or the prospect of having access to technology to help you on your travels motivates you to travel – go to Singapore. You won’t regret it.

Technology and innovation are a big deal in Singapore. The tiny city-state has embraced the world of tech with open arms, and it’s using it to create a forward-thinking, state of the art, efficient country (with amazing architecture may I add!)

Fast internet, access to apps you probably already use if you live in a major European city (Citymapper anyone?) and a whole host of technological advances (such as free mobile phones laden with apps provided with your hotel rooms!) will make your travels easier. You’ll always have signal on your mobile while you’re underground, and when you ask someone to take a photo for you – chances are they’ll be a semi-professional photographer (they take their tech and gadgets very seriously)!

Creature comforts and logical everything

I’m not going to lie, I do love my creature comforts when I travel. I love when people queue when they wait their turn, I love quiet places, I love clean cities, I love things being organised and straightforward, I love clear signposting and things working on the first try – and Singapore is all of those things. It’s like Apple – things just make sense. People are aware of other people, being rowdy in public is frowned upon, there’s a system for queuing for taxis and busses, things are so organised it’s virtually impossible to get lost! Taxi drivers won’t try to cheat you and people won’t try to overcharge you because you’re a tourist.

Singapore has a unique history

I love Singapore, and one of the things I love most about it is its story. Just 52 years ago, this tiny little island was ejected from Malaysia and forced to declare itself an independent state, Lee Kwan Yew, the PM at the time declared it “a moment of anguish” as he cried on a televised broadcast announcing the separation. Singapore was steeped in poverty, with no natural resources of its own and a tiny population. The ejection from Malaysia forced it to fight for survival, and that’s exactly what it did.

Today, Singapore is the 4th richest country in the world, the number one maritime capital in the world, it has the highest rate of home-ownership in the world (with 90% of its residents owning their own homes), the Singaporean passport is ranked the first (most powerful) passport alongside the German passport in the Global passport index. I could go on and on about Singapore’s incredible achievements. But above them all, is the sense of unity this country has created between nationalities and religions.

Chinese, Malay and Indian cultures make up Singapore’s unique culture. The three ethnicities, with their numerous religions, have joined forces almost seamlessly to create a country based on mutual respect, unity and love for Singapore. It’s such an incredibly humbling experience to witness this, particularly in this era of division and hate we are currently living through.

So, what are you waiting for? South East Asia awaits!

P.S: Muslim traveler? Singapore is super-Muslim friendly – the President even wears hijab! There are plenty of amazing mosques and halal eateries to keep you entertained, and no funny looks at hijabis here!

Come fly with B

Buthayna is a twenty-something-year-old European-Egyptian living in London with a thing for planes and escaping real life faraway places. Over the past 12 years, she has travelled to more than 20 countries, fallen in love with countless cities and picked up some priceless travel tips along the way. As a Muslim who has to carefully navigate the challenges of #TravellingWhileMuslim, all things from hijabi-friendliness and halal food options are always at the forefront of her trip-planning. Follow her fascinating blog, and instagram @comflywith.b for some great tips!

A Weekend in Madrid: A Mini Guide