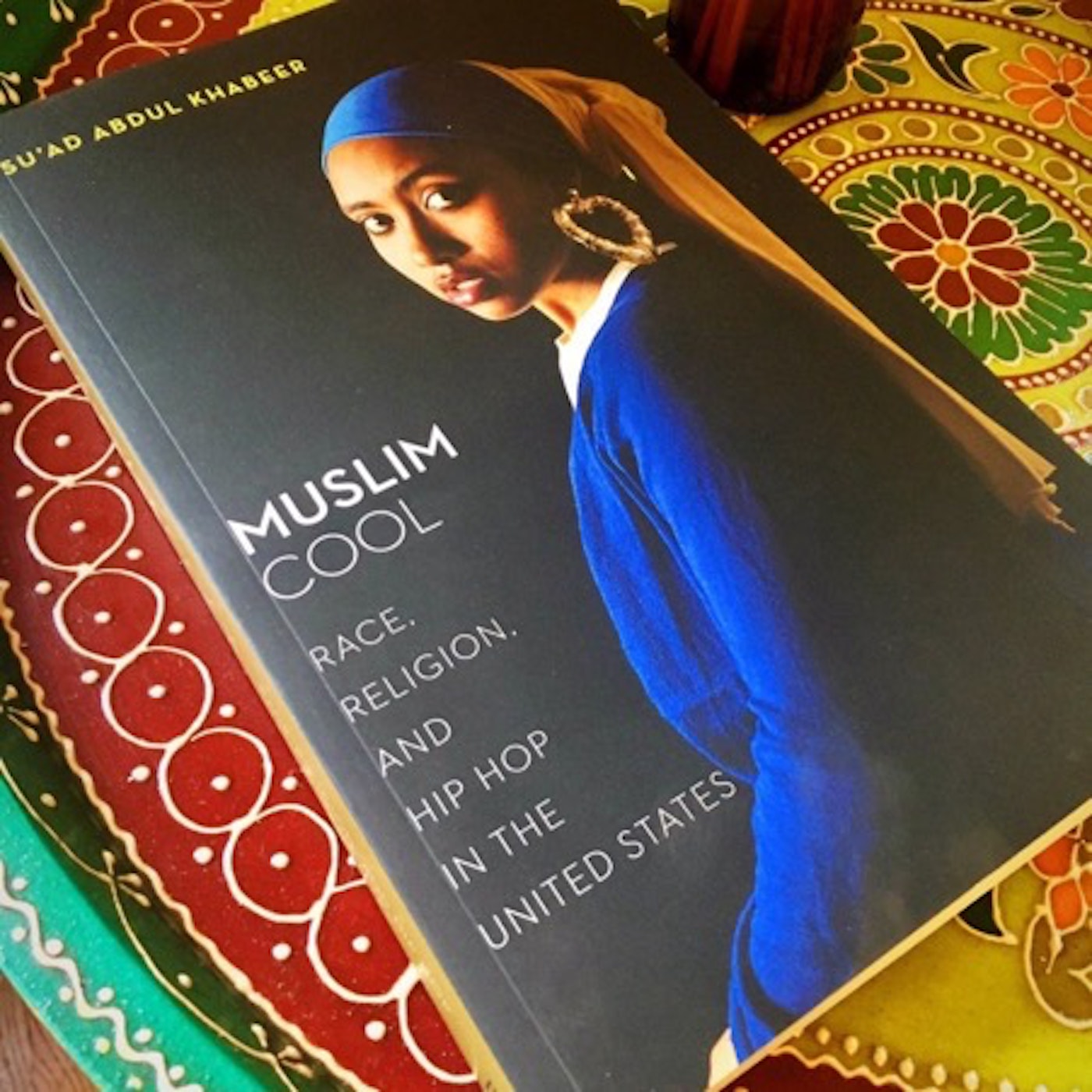 Dr. Suad Abdul Khabeer is an academic and professor at the University of Michigan of an activist-scholar-artist; Senior Editor at Sapelo Square;  and public intellectual, she is a new author of Muslim Cool.  The academic explains the meanings and layers of her new book,

she, “Interviews with young, black Muslims in Chicago explore the complexity of those with identities formed at the crossroads of Islam and hip-hop”

Khabeer, has studied in Syria and is now an associate professor of Muslim-American studies at the University of Michigan. Where she has garnered an entirely’groundbreaking’ new perspective. Building a study of race, religion and popular culture in the 21st century in the United States  and focuses on a new concept, “Muslim Cool.” From her website Khabeer describes, “Forged at the intersection of Islam and hip-hop, Muslim Cool is a way of being Muslim that draws on Blackness to challenge white supremacy and the anti-Blackness found in Arab and South Asian U.S. Muslim communities.”

Muslim Cool to Dr. Suad is “a way of being an American Muslim” she has described this as transpiring in the way Muslim Americans dress, act, illustrate ideas, from social activism in the hood, and in how these processes can have a complex relationship with state power. It is powerful stuff!  She explores these themes through hip-hop and  Constructed through hip-hop and “the performance of Blackness”, she engages with the Black American experience with young Muslims both black and non-black, which aims to challenge racism in the U.S, “as well as dominant ethnic and religious structures within American Muslim communities.”

The ethnographic research spans over two years, where Khabeer illuminates the experiences of young ‘multiethnic’  Muslims who construct their identities by drawing on their blackness. “This is a form of critical Muslim self-making that builds on interconnections and intersections, rather than divisions between “Black” and “Muslim.” Thus, by countering the notion that Blackness and the Muslim experience are fundamentally different, Muslim Cool poses a critical challenge to dominant ideas that Muslims are “foreign” to the United States and puts Blackness at the center of the study of American Islam. Yet Muslim Cool also demonstrates that connections to Blackness made through hip hop are critical and contested—critical because they push back against the pervasive phenomenon of anti-Blackness and contested because questions of race, class, gender, and nationality continue to complicate self-making in the United States.”

“Muslim Cool’s challenge to anti-Blackness manifests itself in ideas, dress, social activism in the ’hood, and in complex relationships to state power. This makes the connections made to Blackness by young Muslims critical and contested interventions. They are critical interventions because they push back against the pervasive phenomenon of anti-Blackness. Yet they are also contested because tensions of race, class, gender, and nationality complicate and trouble Muslim Cool’s relationship to Black identities and cultures. Thus one of the critical insights of Muslim Cool is that at the meeting of Islam and hip-hop, intersecting notions of Muslimness and Blackness challenge and reproduce the meanings of race in the United States.

In the book, I follow what I call “the Loop of Muslim Cool.” I take the “loop” from the hip-hop sampling technique in which a selected piece of music is looped to play over and over as part of the creation of a new music. For me, the loop is a metaphor for the links between Islam, hip-hop, and Blackness in the twenty-first century that create Muslim Cool: Islam, as practiced in US Black communities, shaped hip-hop, which in turn shapes young twenty-first-century Black and non-Black US Muslims who return to Black Islam as a way of thinking and a way of being Muslim—as Muslim Cool. ”

What other Muslims say about Khabeer

“She’s kind of like the arrowhead of a new movement to make sure that internal racism is confronted directly and rooted out.”