by Maz Halima in Lifestyle on 8th January, 2019 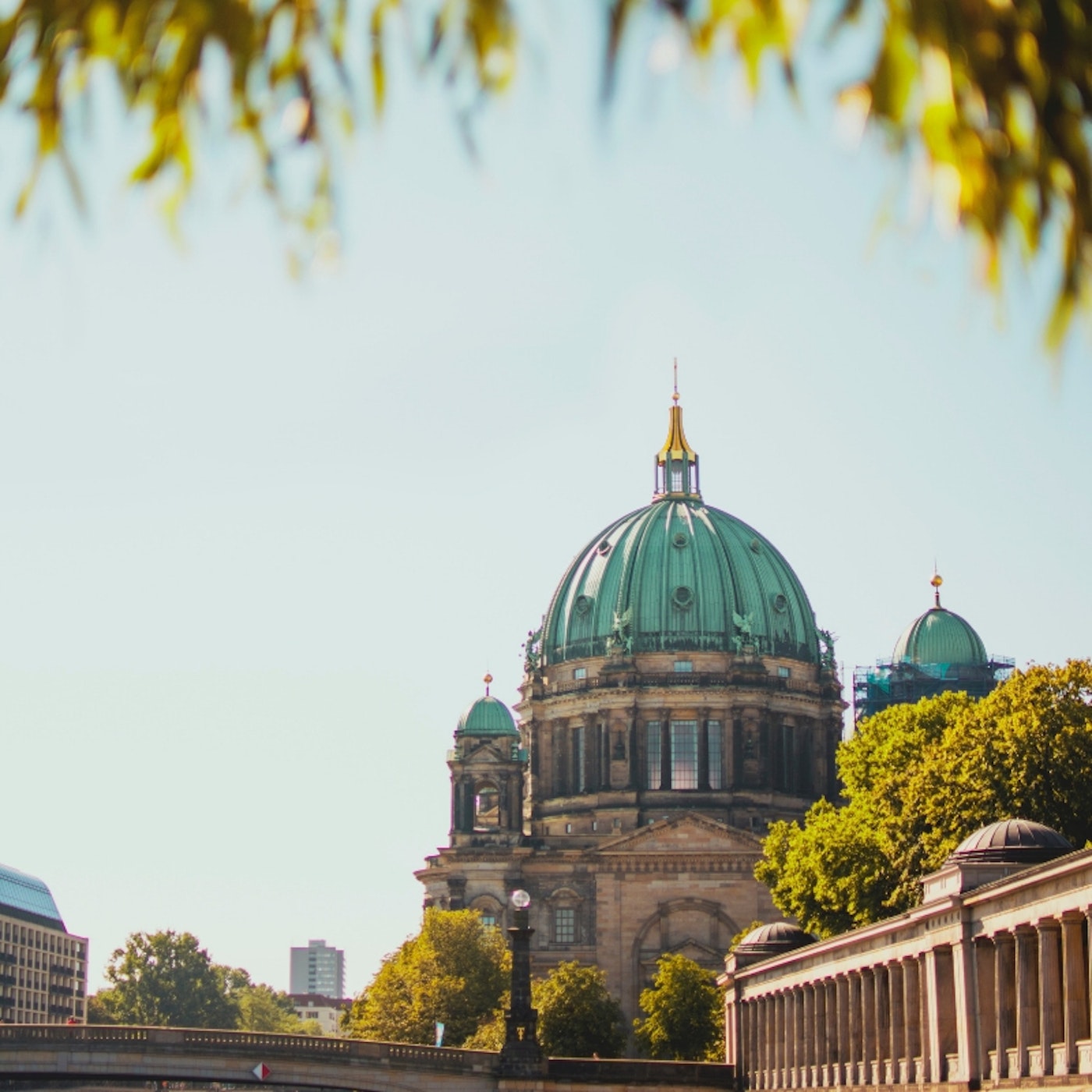 Arriving in Berlin in the midst of the winter solstice I shouldn’t have been taken aback by the chill in the air, the whiteness of the sky, snow falling on my face – but it was claustrophobic, looming above my head, closing in on me. The whole week I was there, I never saw the sun. Thankfully, the magic of the Christmas Market lights meant that even in its gloomy winter state, the city sparkled.

Berlin is littered with graffiti, trains juddering as they fail to sneak past the overlapping buildings standing low and high, never-ending. A place sprinkled with art and people from cultures worldwide, it reminded me of home in the best way. It’s cold, busy, alive, never sleeping. Similarly to London, the diversity of Berlin’s make-up means a halal experience isn’t hard to find – here is the best of what I tried.

Oh boy, this place was so good we didn’t even stop to take a picture of our main meals! Here we tried Bamyeh – a lamb dish with okra, tomatoes, and spices served with rice, salad, hummus and customary flatbread for a happy price of around 7 euros. We also tried their mixed lamb and beef shawarma, which was exceptionally tender and tasty. I have never tried anything like that in London – it reigned supreme in the shawarma stakes. We topped off our homely meal with kanafeh, a middle eastern dessert to die for.

Want a meaty breakfast? I got you. La Femme is a Turkish establishment with three different branches across the city serving breakfast, lunch, and dinner. I went for breakfast there twice, devouring scrumptious plates of eggs, various halal meats, and potatoes cooked in spices accompanied by fresh salad, olives, and their famous Turkish bread. PS. their vanilla macchiato lattes are dangerously sweet but delectable.

Sure, lots of trendy brunch places can be found across Berlin, but I happened to stumble across this one first and was captured by the decor. Located in the shopping center Bikini Berlin, the space has floor to ceiling windows overlooking the city zoo. We watched the meerkats frolic below us as we enjoyed fresh juice and cress garnished eggs and spinach on muffins, surrounded by plants and Insta-worthy neon signs. They have other vegetarian breakfast options too, like veg omelets.

I wanted to try something authentically German, which was hard when most of those things seem to include some form of meat. Tiergarten Quelle has a pub atmosphere, but I loved it – dimly lit with candles and adorned with vintage signage, it is cosy and relaxed. We started off with a huge plate of Camembert served with whipped cream and cranberry dip, salad and bread. For the main meal, I chose the Cheese Spaetzle – fresh egg noodle dumplings coated in onions, red peppers, cream, herbs and hella cheese, served on a hot pan. We also tried their spinach and cheese pasta parcels, both of which were satisfyingly warming on a chilly day.

This was a pricey one, with some more-than-worthy items. I started off with some scallops and the best lobster soup I will probably ever have in my life; every mouthful was a revelation. For mains, you choose the fish you’d like, which is laid in front of you on a bed of ice. We chose fillets of halibut and Norwegian fjord trout, one large octopus tentacle and two king prawns, which gave me a heart attack of a total of 121 euros. We ordered a side of crunchy vegetables and triple cooked chips and enjoyed our meal despite the bill because it was worth the price – it just depends on your budget.

Sidenote on being on a budget
When we first arrived we popped to our local Lidl and did a big shop of water, fruit, and snacks to take with us on our days out which I’d recommend doing if you’re also on a budget – it was cheap and more convenient.

The city is filled with more halal options than I had time to try – so here are some other options for you to sink your teeth into:

The island consists of five museums – one of which possesses the original bust of Nefertiti, which was incredible to see. The family of museums hold a plethora of Islamic art, as well as treasures from India, Syria, Egypt, and Africa to name a few.

An educational, tangible insight into what life was like when the wall was up.

3. Jewish Museum
Consisting of two exhibitions, their permanent one on Judaism and a temporary one about Jerusalem, which gave a fascinating insight into the history of Palestine and tales of co-existence between the Abrahamic religions in the holy city.

This was haunting, disorientating and reflective.

Built in the 18th century by the orders of a Prussian king, go check it out for the photo ops if nothing else.

6. Computer Spiele Museum
Kids and adult gamers alike will love this! Explore the world of gaming from its conception to the present day, and have a go playing some of the best.

Berlin has so many treasures to explore, I’m sure I missed a few – but I’m sure I’ll be back.