Green Deen: Ethical Fashion Is More Accessible Than You Think 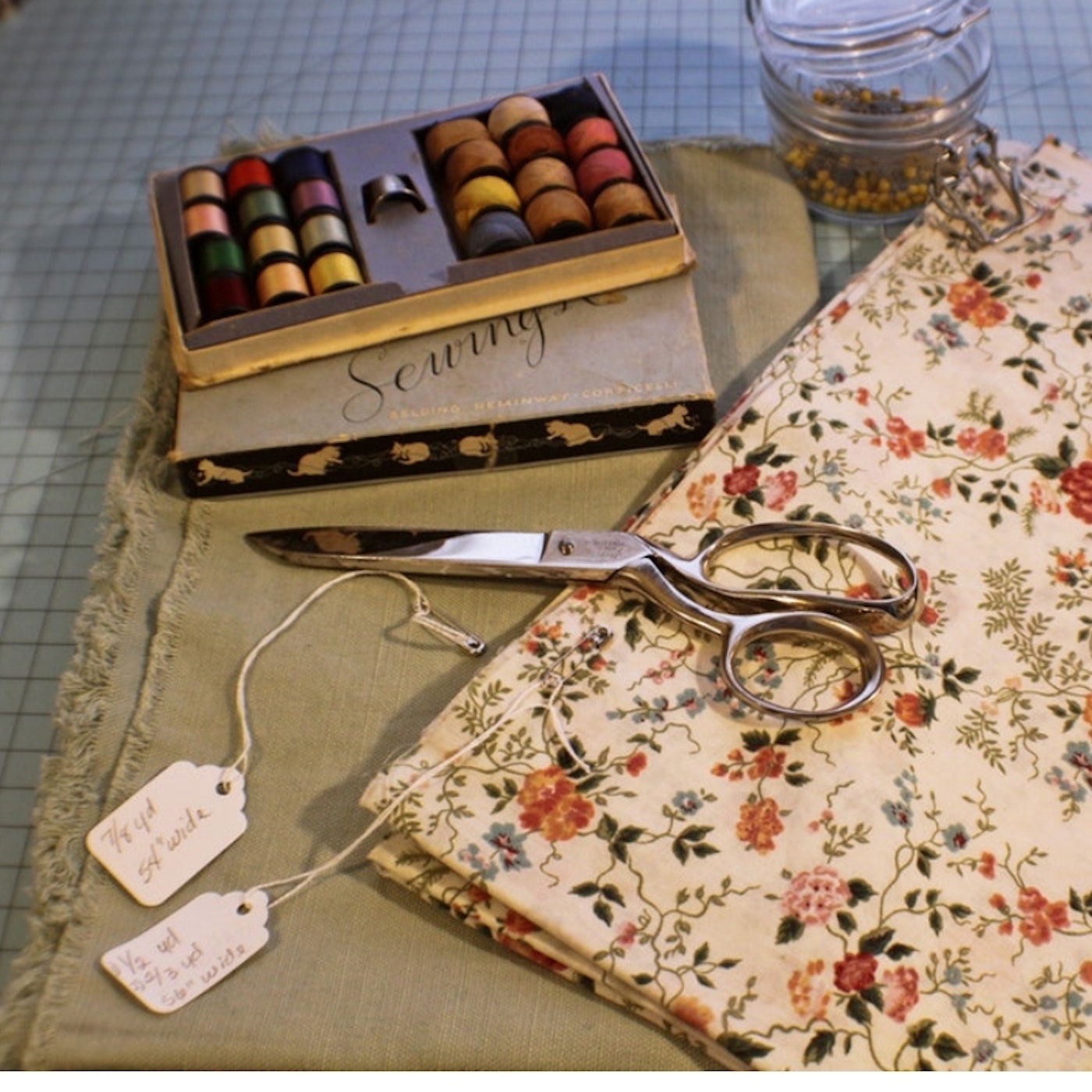 It was a mild Autumn afternoon, as we walked along the Old Ford Road, sun-beaten by the last remnants of the scorching summer from the weeks that preceded it. Fresh from eating a sourdough pizza in a converted East End railway arch, my friends and I were excited about what lay behind the doors of St Margaret’s House, a 1800s townhouse, the exterior of which constituted a juxtaposition to our millennial youth. However, the trees sheltering the back courtyard, which marked a pathway towards the side gallery, contained a more relatable atmosphere.

We were greeted by the familiar faces of unfamiliar individuals, women wearing clothing like us, modest in its element but modern by its nature. Printed shirts, jeans, trainers, textured scarves and cardigans; the London woman’s uniform, so to speak, worn at tube stations by day to dinners at night, appeared to be the order of the day. We immediately began to feel comfortable in the aged exterior, surrounded by warming cups of tea and hearty slices of cake, sitting in the twilight. We began to realise we were all here for one cause or, err, two…Apologies, did I not already allude to the fact that we were twenty-something women with a partiality to more than one cause?

This is something that has come into consciousness all too recently, with there being increased emphasis on the notion of ‘ethical fashion’, an umbrella term which places focus on the purchase of garments that are sustainably sourced and produced. Oeko-Tex, an ecological certification company, conducted a research study that found, that while 60% of millennials said they are interested in certified clothing, only 37% had actually purchased any. The 37%, although presented as a problem in this statistic can be misleading, instead, it is indicative of progress. It shows a shift in mindset towards being kinder to our surroundings and being cognisant of the impact our consumption of clothing actually has.

Things will not change overnight. However, we can inform our lifestyle choices. Just like single-use plastic has become a profanity and the wellness movement has become a sanctity, ethical fashion can too become a household term. There are many ways of doing this and, in a fun way. I am sure we all remember how much the novelty of recycling wore off and it soon became a chore that we had anxiety about. ‘Is the plastic I recycled contaminated?’ ‘Will this transport all the waste recycled, instead, to landfill?’

In terms of truly eliciting a change, one of the key ways to start, as we have on a number of occasions been told by our parents, is to educate ourselves. As much as we hate to admit they are right, they are indeed correct on this one. There are plenty of materials out there, by way of documentaries, magazine articles, books and podcasts that truly convey the impact fast fashion is having on the planet. The recent Netflix The True Cost documentary and the older, BBC Three Blood, Sweat, and T-shirts series, which kick-started Stacey Dooley’s career, are notable examples of this. Lucy Siegle’s book, To Die for: Is Fashion Wearing Out the World and the sobering 2018 Independent article, The Environmental Costs of Fast Fashion show that there is a dark side to the relationship between time and fashion. Yves Saint Laurent once said, ‘Fashions fade, style is eternal’, the only thing that is eternal is the impact the alleged fading (read: fast) fashion is having on our wider surroundings. Despite the discomforting rhetoric outlined in all of these pieces, an awareness of the ‘discomfort’ is required to elicit the change we wish to see.

The good thing about ethical fashion is that it is all about the intention. Much like the religion of Islam itself, upheld by the good intentions of those who practice it as they aim to co-exist, whilst incrementally abiding to the tenets of the faith.  Ethical fashion is more accessible than you think and ‘The Buyerarchy’ of Needs’ highlights this, where the consumption of fast fashion has been diluted to the more sustainable, palatable set of actions in a bid to use what we already have, with the intention to BUY, MAKE, THRIFT, SWAP, BORROW. This is an effective decision-making tool which seeks to use a series of related steps which, are carried out in a way that allows one to gain an understanding of the durability of a garment. The steps extract the disposability element from consuming fashion, and bestow a new lease of life to a piece of clothing through, for example, swapping or thrifting it, extending its life span through giving it currency. Therefore, negating the need to demand new clothes which, with time, will incrementally send a signal to suppliers. Hopefully, supply will no longer appear to be perpetually infinite within a newly adopted, ‘One Woman’s Trash is Another Woman’s Treasure’ trajectory. 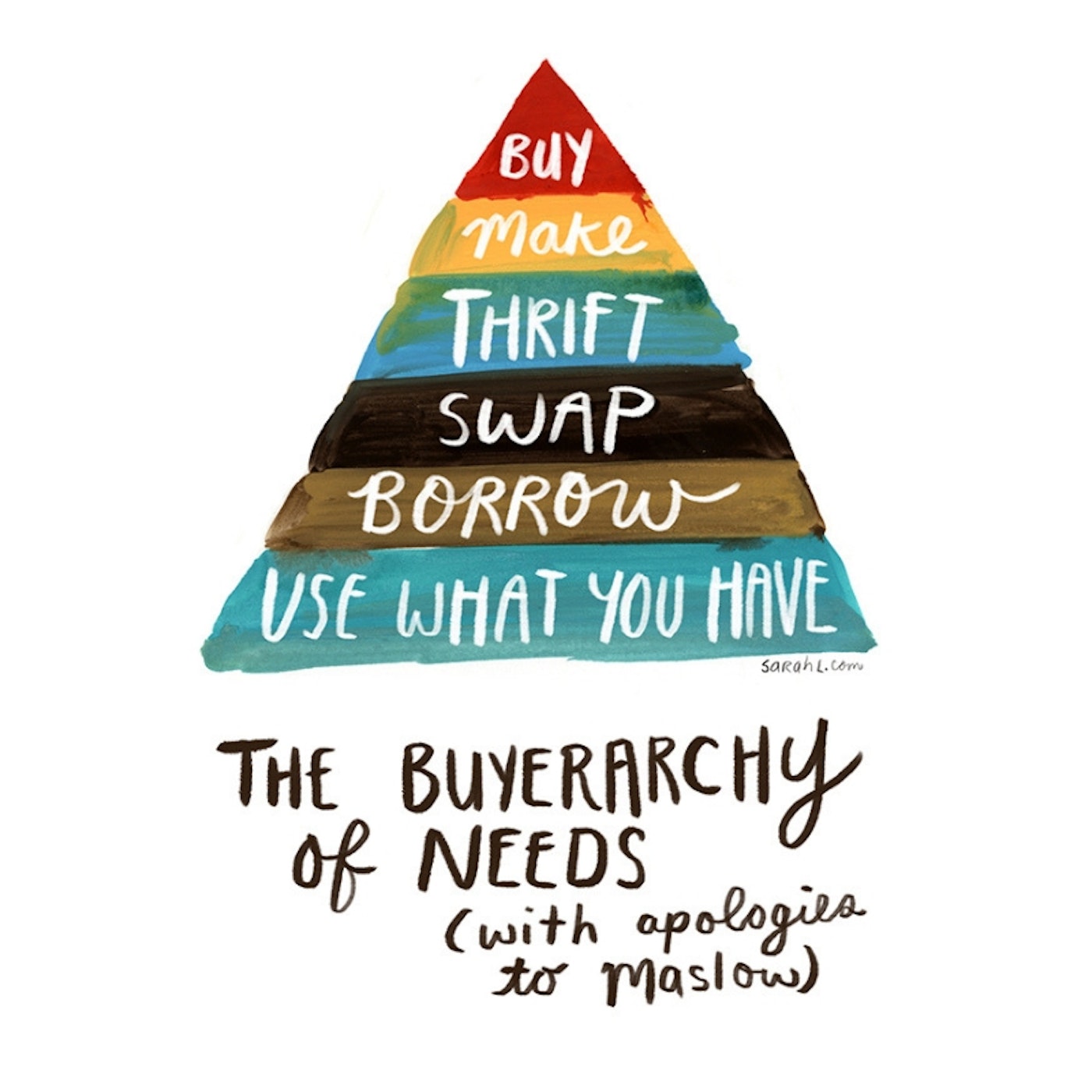 This is exactly what some women of the Muslim community are starting to do, with The Green Deen’s Ethical Swap initiative…

What is ‘The Green Deen’

The Green Deen, an initiative of The Rabbani Project, aims to reconnect the integral linkage of nature and the Islamic teachings of spirituality and tending to the Earth, to deepen relationships with Allah and the Prophet Muhammad (PBUH).

What is ‘The Rabbani Project’

The Rabbani Project, created by Sakina and Rabiah of Pearls of Islam, is a collective dedicated to spiritual expression and love through the use of creative means such as music, art, and writing. The Project seeks to observe Islam via the lens of truthful love and its impact on the sense of community.

We are stewards of Earth. It’s a responsibility to take care of the Earth and of each other. Love for your brother what you love for yourself (Quran).

What is ‘The Ethical Swap’

It marries both of the above initiatives together, based on an undying love of fashion and faith.

With demonstrations on upcycling, engaging talks on the fashion industry and practical solutions presented on using the clothes we already have, The Ethical Swap culminates in clothes swap in which you can revive your wardrobe through swapping for another attendee’s beautiful glad rags. This is, of course, after being fuelled with lashings of tea, cake, conversation, and entertainment during the day.

Revive your winter wardrobe by swapping clothes you don't need for some pre-loved gems. Join us for homemade cakes, chai and good company, and learn about clothes surplus. ⠀⠀ To take part: ⠀⠀ - Bring up to 5 items of good quality clothing - Tell us you are coming - Join in and enjoy! £5 entry at the door ⠀⠀ —————— ⠀⠀ ﷽‬ IN THE NAME OF THE DIVINE THE MOST MERCIFUL THE MOST KIND ⠀⠀ The Rabbani Project ⠀⠀ SPIRITUALITY.PEACE.CREATIVITY.LOVE.JOY. ⠀⠀ The Rabbani Project is a newly formed collective dedicated to spiritual, creative expression and Love. We are united to bring about a change be it in out homes, families, communities or society. Through the use of creative means such as music, art and creative writing we seek to be the seekers of Love and those that yearn for truth. ⠀⠀ Welcome.