Muslim Girls Fence: The Teenagers Being Equipped With Tools to Express Themselves on Their Own Terms

by Suhaiymah Manzoor-Khan in Identity on 6th June, 2019 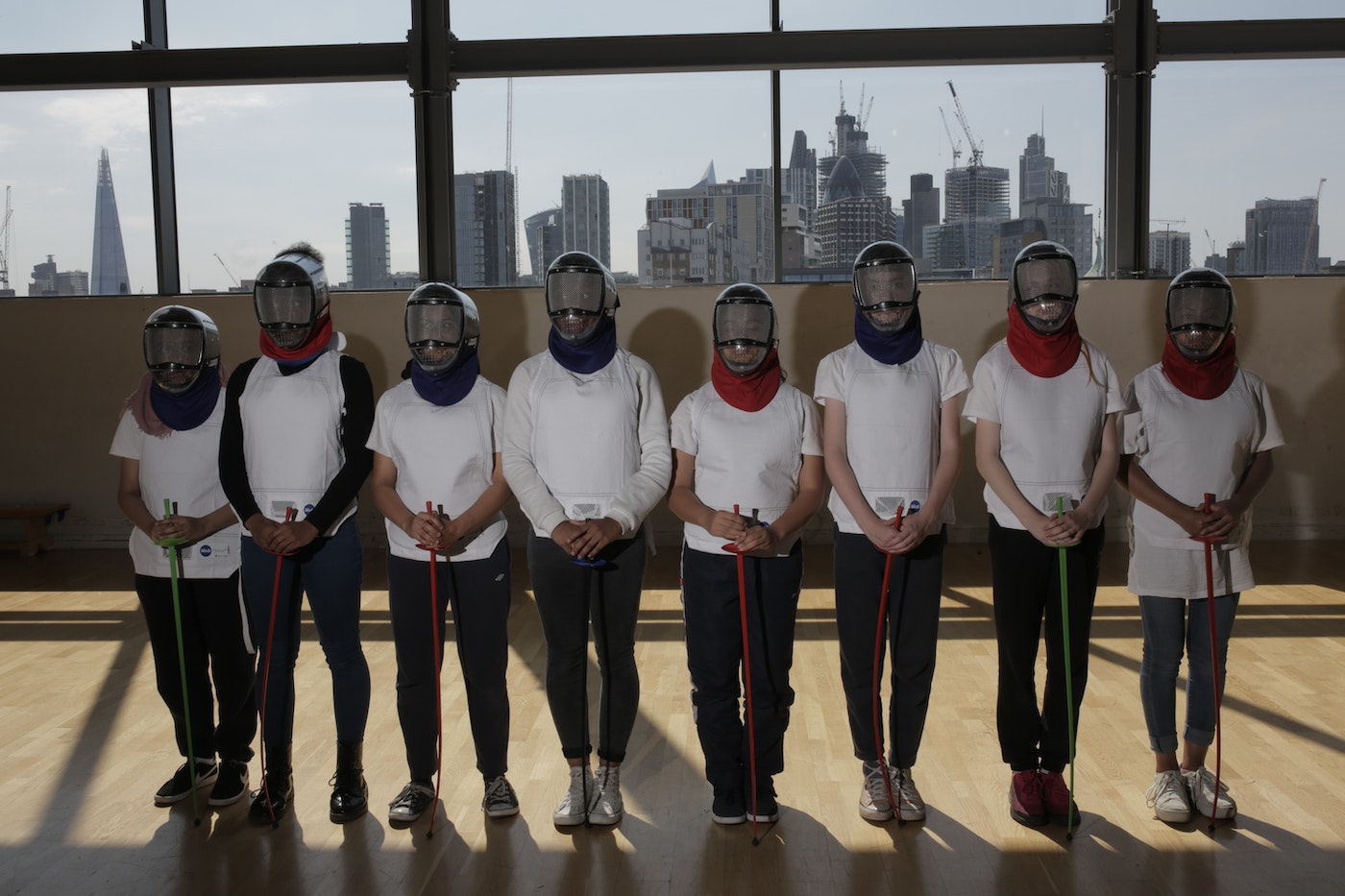 In Wapping High School, Tower Hamlets, Thursday afternoons for the past few months have seen 111-14-year-old girls fencing, writing poetry, and discussing intersectional feminist activism. These girls have been participating in Muslim Girls Fence, a collaboration between the charity, Maslaha and British Fencing. The project runs in schools and communities at a grassroots level focusing on facilitating a space for girls – and particularly Muslim girls – to verbally, creatively and physically challenge assumptions related to their identities which negatively impact their experiences. Such a space is rarely afforded in a climate of austerity – cuts to social, therapeutic and youth services – and Islamophobia. Therefore, this project provides a crucial arena for girls to voice their feelings and define themselves beyond mainstream assumptions about them. 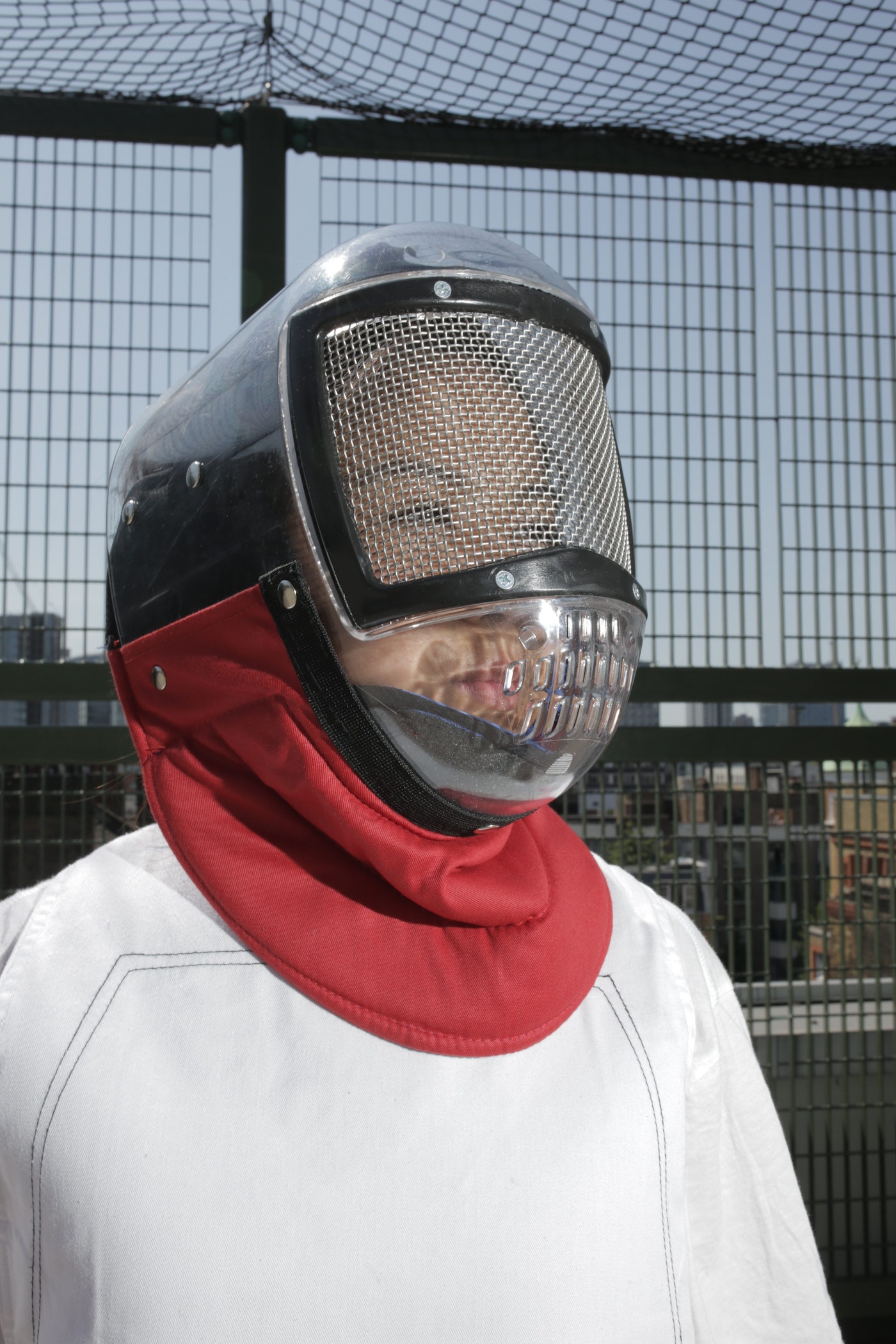 In the weekly two-hour sessions creative tools such as collaging, drawing, reflective activities and poetry are used to facilitate self-expression and therefore begin the process of equipping young Muslim girls to tell their own stories without having to internalise tropes associated to them in wider media and political rhetoric. These may be tropes ranging from ‘girls don’t play sport’, to body image, to racist assumptions and Islamophobic biases. The girls also engage with a range of diverse role models such as Ibtihaj Muhammed throughout the course to practically help them challenge misconceptions and recognise that alternative narratives are not only possible but already exist. In the second hour of the sessions, the girls pick up fencing foils and learn what is traditionally a male-dominated, elite, white sport. In doing this they physically disrupt narratives cast over their bodies and through activities and games, their confidence, teamwork, and creativity is boosted. Muslim Girls Fence projects go beyond merely the four walls of the rooms that creative activities and fencing take place in though. Equipping young Muslim girls with the tools to express themselves on their own terms is a long-term strategy to bolster their engagement in issues that affect them beyond the workshops, and even beyond school.  In the most recent Muslim Girls Fence project at Wapping High School, the girls, therefore, created a poetry zine.

The process leading up to the zine was a series of activities and discussions reflecting on stereotypes and expectations that young Muslim girls face; how they see themselves versus how others see them; and finally, the art of using creativity for activism. Subsequently, through poetry workshops, the girls concocted wonderful metaphors to reflect how they saw themselves.

‘I am nothing like you think I am… my hands are the swords I use to break stereotypes’ – Areifa Rehman, 13.

The poems ultimately act as a protest in of themselves. The fact of young Muslim girls telling their own stories and defining themselves for themselves is revolutionary in a context where they’re constantly narrated by others as aspiration-needing, subservient to patriarchal households, in need of saving from headscarves, and future problem-people – “jihadi brides” or “bank robbers”.

In light of this, the zine, Battling Expectations, is a testament to the power of young girls disrupting mainstream narratives through their everyday complexities and questions. It comprises a collection of poems written by 11-14-year-old girls from Wapping High School in Tower Hamlets and reminds us that projects such as Muslim Girls Fence are more vital than ever in the current context of Brexit, Islamophobia, increasing economic segregation and the fight for defining the borders of national belonging. These girls have demonstrated how they’re battling expectations, join the movement and tweet about how you, or someone you admire, is also #BattlingExpectations!

Artwork below by Illustrator Emily Rowland 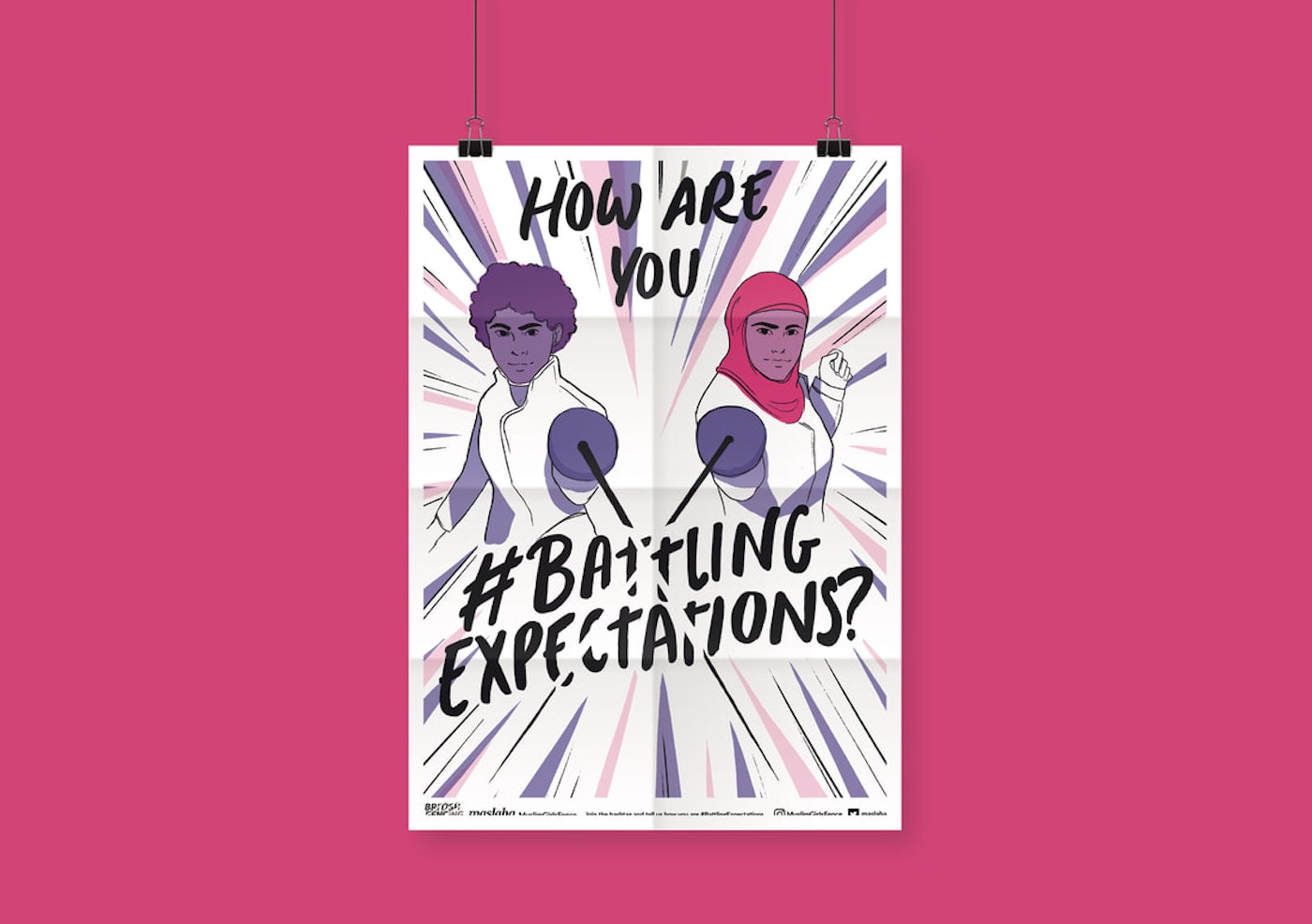 Suhaiymah is a writer and spoken word poetry performer. She blogs at thebrownhijabi.com where she has written on topics including race, gender, Islamophobia, intersectional feminism and decolonising of academia. Suhaiymah won second place title in the London Roundhouse Poetry Slam 2017 with her poem, ‘This is Not a Humanising Poem’ which subsequently went viral. A graduate from Cambridge and SOAS, here academic research has been on the construction and criminalisation of South Asian migrants, diasporas and Muslims in Britain. She believes in the liberation of all people from every type of injustice and oppression in this world.