by The Girls of Crescent in Identity on 12th December, 2020 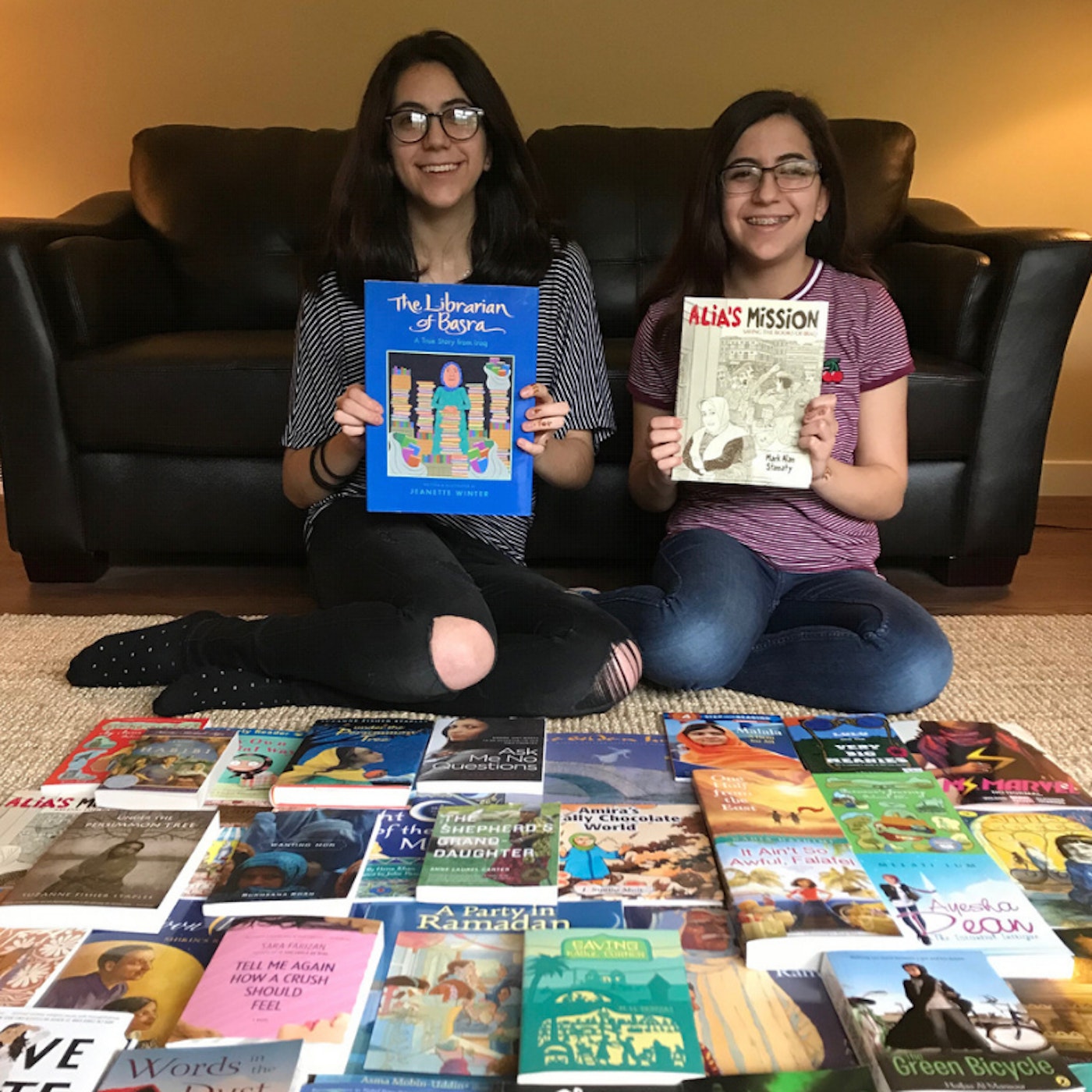 Mena and Zena Nasiri, aged 14 and 16 respectively are two American Muslim girls from Michigan who love to read but found themselves struggling to find books with female Muslim characters in libraries. Longing to see themselves reflected in literature, they came up with the project idea to start collecting books with female Muslims as main characters, catalog and then donate them to public and school libraries. After seeing significant results in their community, they decided to expand their reach and form a nonprofit organisation girlsofthecrescent.org.

“Books have an immense impact on how children behave, socialize, and see themselves in the world,” they told Smart Girls. “That’s why having good characters as role models that children can connect with is important. When children see characters like themselves portrayed positively in books they feel a sense of acceptance and belonging.”

To date, the pair have donated more than 200 books to community schools and libraries. Some of the titles they’ve collected and donated include The Lines We Cross by Randa Abdel-Fattah, A Thousand Splendid Suns by Khaled Hosseini and children’s books, Meet Yasmin by Saadia Faruqi and The Librarian of Basra by Jeanette Winter.

Who’s your favorite Muslim female character and why?
We love all of the strong female Muslim characters in our collection, but our favorite would probably have to be Kamala Khan who is Ms. Marvel in the Ms. Marvel comic. Kamal Khan is a Pakistani Muslim girl who is also a superhero and part of the Marvel universe. We are both big Marvel fans so we love being able to see that representation in some of our favorite media.
Why is visibility important?
Visibility is important because it provides a mirror for underrepresented people to see themselves reflected in a positive way. When people who are not adequately represented in media are able to experience that positive representation it reassures them that they belong in society along with all of the represented group of people. Visibility is also important because it provides a window for others to look through. When someone who is not Muslim reads a books with a Muslim main character that is well portrayed they are provided an alternative perspective to the different experiences between groups while similarities are also brought to attention. Visibility and representation normalize diversity in media and benefit everyone regardless of their identity,
What’s been the hardest obstacle?
The hardest obstacle has been time management because of our busy schedules. We are both in high school, take lots of hard classes, have lots of homework, and participate in after school activities on top of working on our nonprofit. We have had to learn to balance all of these things will also doing well in all of them which has been a challenge, but we are getting better at it.
What help do you need at this stage?
The help that we need at this stage is raising awareness about our project and monetary donations. We need more people to spread the word about our cause to hopefully inspire others to take action. We also need people to contribute monetary donations to our nonprofit so that we can buy the books that we donate to schools and libraries.
Which 5 books are your favorites?
Our favorite book from our list is The Lines We Cross, by Randa Abdel-Fattah, which is the first book that we read with a female Muslim main character. It’s a young adult novel about a Muslim refugee from Afghanistan who is living in Australia and has to navigate the struggles of high school and the negative stereotypes associated with her identity. We also love the children’s book, Golden Domes and Silver Lanterns, by Hena Khan, which is a book about colors that ties in Islam. Another children’s book that we love is The Librarian of Basra which is a true story about a librarian in Iraq who saved the books in her library from before the library was bombed in the second Iraq war. There are two series that we love as well: the Yasmin Series, by Saadia Faruqi and the Ayesha Dean Series, by Melati Lum. The Yasmin Series is a series of 8 children’s books about a young Pakistani girl named Yasmin who goes on different adventures. The Ayesha Dean series is a middle grade level duology about a girl named Ayesha Dean who solves mysteries.

You can get involved in the movement by contacting Girls of the Crescent for help distributing books in your community and/ or make donations. The Nasiri sisters are also in the process of writing their own book.

“Our goal is to make sure that children like us will be able to read books with characters like themselves and to increase diversity in literature.”

The Girls of Crescent

Our goal is to increase diversity and representation and to bring awareness to the lack of diversity in libraries and schools. Girls of the Crescent is formed to collect books with female Muslim main characters and donate them to school districts and libraries.