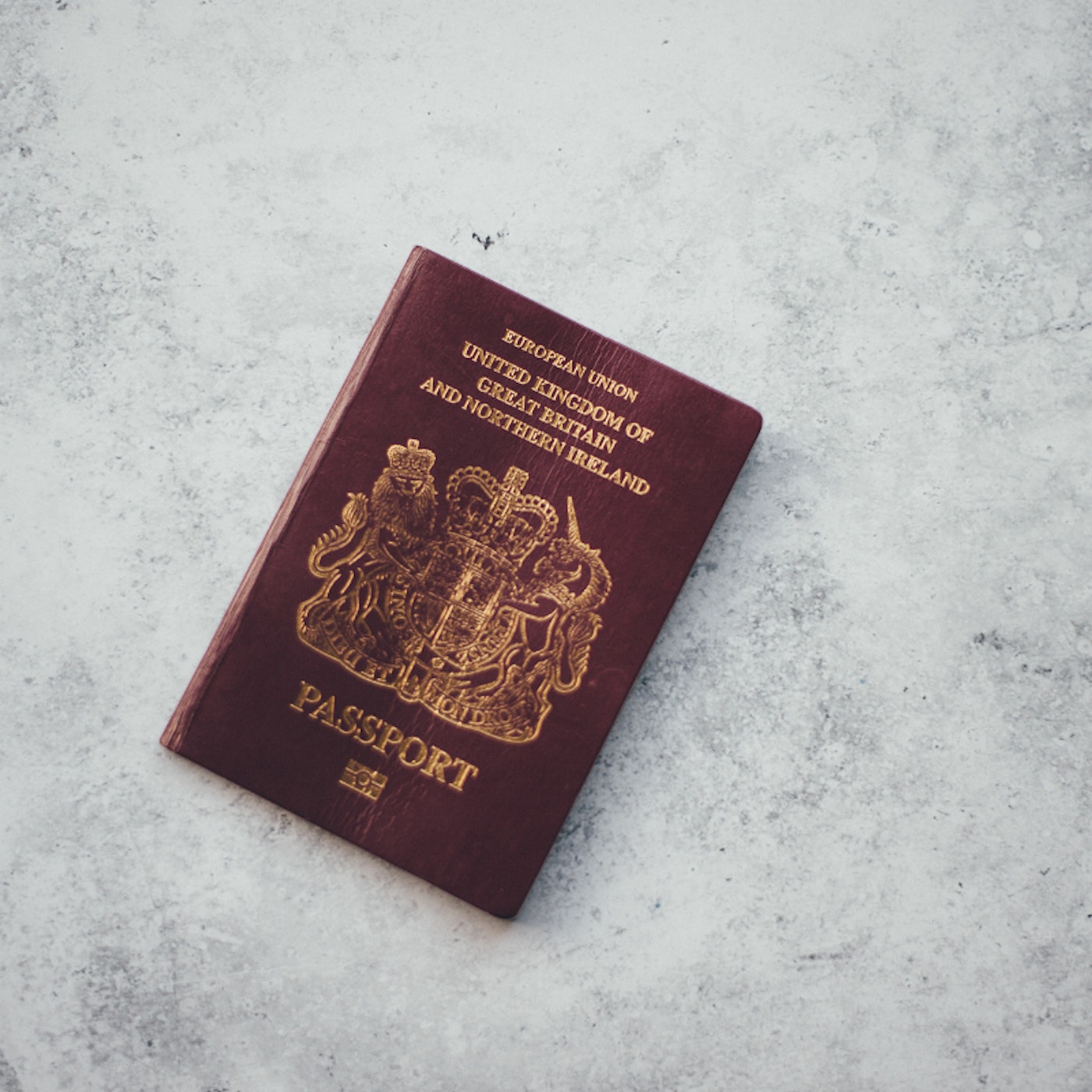 The case of Shamima Begum has had an almost visceral effect on many Muslim women hailing from the UK. Not least because it remains the most abject symbol of gendered Islamophobia, in all of its brute, crude and tragic fashion. Because her experience simultaneously projects the nation’s worst fears regarding Muslim women, and our own fears concerning our sense of belonging and rootedness. Her case captures that strange no man’s land of identity that we exist in, between a deafening political climate which constantly renders us as other, and our own precarious sense of belonging in our religion and British culture. The media’s caricature of Begum and her current statelessness is an explicit depiction of the threat that exists for Muslim women the country over.

If we want to make light of what remains a profoundly depressing situation, it is British Islamophobia’s own unique Frankenstein – an identity forged by normative social attitudes, a hostile political climate, and regressive and punitive policies. It exemplifies the many contradictions we are forced to endure as Muslims living in the UK.

Like many high-profile cases concerning Muslims, our standing on Shamima Begum’s case remains a litmus test for us as so called ‘terrorist sympathisers’ in public imagination –  to seek nuance on a clearly very complex situation is to be labelled an Islamic extremist. This is despite the fact that many of us seek nuance, and extend our sympathy to Begum, as a direct result of our unequivocal rejection of ISIS and the distortion of Islam. The perennial blind spot in the media to the fact that Muslims can, and indeed are statistically more likely to be, victim to terrorism, withstanding, Begum is undoubtable a victim of ISIS, and her three deceased babies are a bitter casualty. Begum’s case testifies strongly to this – she was first approached by ISIS at the age of 13 and she fled the UK to join them at the age of 15. That this is a text book case of child grooming and sex trafficking of a vulnerable minor is wilfully ignored by factions of the media and its braying public, simply by virtue of her ethno-religious background.

While dehumanising public opinion and media discourse is one beast that Muslim women like Begum continue to have to wrestle with, many of us would like to think of course that our rights remain enshrined in law. The revoking of Begum’s citizenship and the ensuing lack of public outcry for what remains an unlawful act, is telling of the uncertain position we hold on account of the highly racialised construct of national identity. The ‘good immigrant’ narrative which demands gratitude and holds black and brown immigrant communities to superhuman standards, conveniently overlooks the fact that there are millions of descendants from white European immigrants in the UK whose loyalties remain unquestioned. Take for example the case of Jack Lett’s, who left for Syria at a much less conscionable age of 18 and who drew on the reassuringly British symbols of Doctor Who and pasties in his plea to return home. His dual British-Canadian citizenship has not left him vulnerable to Sajid Javid’s magic wand of citizenship and he continues to be treated like a strange and rare aberration in the British media. Or the equally selective use of terror law to penalise Muslim extremism while the growing threat of right-wing extremism continues to flourish.

These facts, of course,

reinforce the idea that as Muslims,

we will never really belong in Britain.

These facts, of course, reinforce the idea that as Muslims, we will never really belong in Britain. A sentiment that inevitably motivated Begum and her friends to join ISIS, and of course, it is that same sentiment in full action which enabled Sajid Javid to strip her of her citizenship. The irony that those policies which manufactured feelings of disenfranchisement were weaponised against her in dethroning her of her citizenship, is apparently lost on a Government which claims it enforces counter-terrorism policy in order to protect its own citizens from radicalisation and terror.

In fact, Javid’s actions have exposed counter-terror policy as farcical. In rejecting Begum they are doing ISIS’s bidding by sending out a message that being Muslim is antithetical to being British, a key component of ISIS recruitment techniques. Security concerns are also shown to be false – of course having potentially threatening individuals prosecuted and incarcerated domestically, rather than looming in politically volatile territory, lowers the risk of potential attack. Not forgetting also, that counter-terror approaches operate overwhelmingly behind the smokescreen of safeguarding and protecting the vulnerable, Javid appears to keep up this pretence while simultaneously denying protection to a victim of radicalisation and her then alive new-born baby. Maybe deradicalization policy is aimed squarely at criminalising Muslims, rather than seeking solutions to the security threats the country faces.

While I make no excuse for any criminal and unethical behaviour Begum may have engaged in in Syria, and of course I do not deny her the agency in committing them, those of us that possess more than an ounce of compassion and insight would have to agree that Begum does not wholly inhabit either the role of a blameless victim or a dispassionate, red-eyed killer. Muslim female identity however is always framed in these two archetypes; we are either passive victims of the brutality of Islam or active participants in it.  A narrative which has of course fuelled many a military intervention in Muslim land; on the pretext of rescuing helpless Muslim women from the barbarity of Islam, and the flipside of which has led to the unlawful stripping of citizenship in Begum’s case. Part of Begum’s crime is in her veil remains resolutely unavailable to the colonial, male gaze.

As well as legal citizenship and humanity, she is not afforded any complexity or context, qualities the media will only bestow on their white, male counterparts. Her manner of speaking and bravado, a code common amongst young, working-class South Asian girls who hail from the east end and who are taught early to keep their guard up, is misconstrued as remorseless or divorced from the trauma of multiple and underage marriages and the death of two children to malnutrition. The media continues to remain tone deaf to any regret or humanity in her tone or conduct because of course, it’s hard to hear over the droning of their own endearing death-chants. As children from many immigrant communities across the UK will know, we are not socialised to show vulnerability, tears or victimhood in the face of personal or national racism. The argument that she shows a lack of remorse betrays a fundamental misunderstanding of the world that young Muslim girls exist in, and exposes a cultural bias which expects us to conform to predetermined ideas of social expressions.

But what leaves me most despairing about this case is the tortured symmetry of the situation. It was men who identified as Muslim who caused the bastardisation of her religious identity, and a man who identifies as Muslim who stripped her of her legal protection as a British citizen. And it seems we are stuck between these two tropes –if we are not beer-swigging, Union Jack waving Britons, we must be jihadi brides, intent on destabilising the state. Shamima grew up with this dichotomy.

And yet it is her “Muslimness” to which her crimes are attributed and not her Britishness.

Despite all of this, and without wishing to evoke sentiments on which right-wing populism depends, my own personal take away from the situation is that somewhere along the lines, we as a British Muslim community have failed Shamima Begum. All the external factors notwithstanding, we must not become complacent about our religious or social position, and we must at least hold ourselves to the highest standard, in true Prophetic tradition.  We failed Begum when we allowed her to believe Islam bared a passing resemblance to that Caliphate. And we’ve failed to protect her from dirty politics. Let’s hope we can do better next time.