by Amatallah Saulawa in Identity on 29th April, 2019 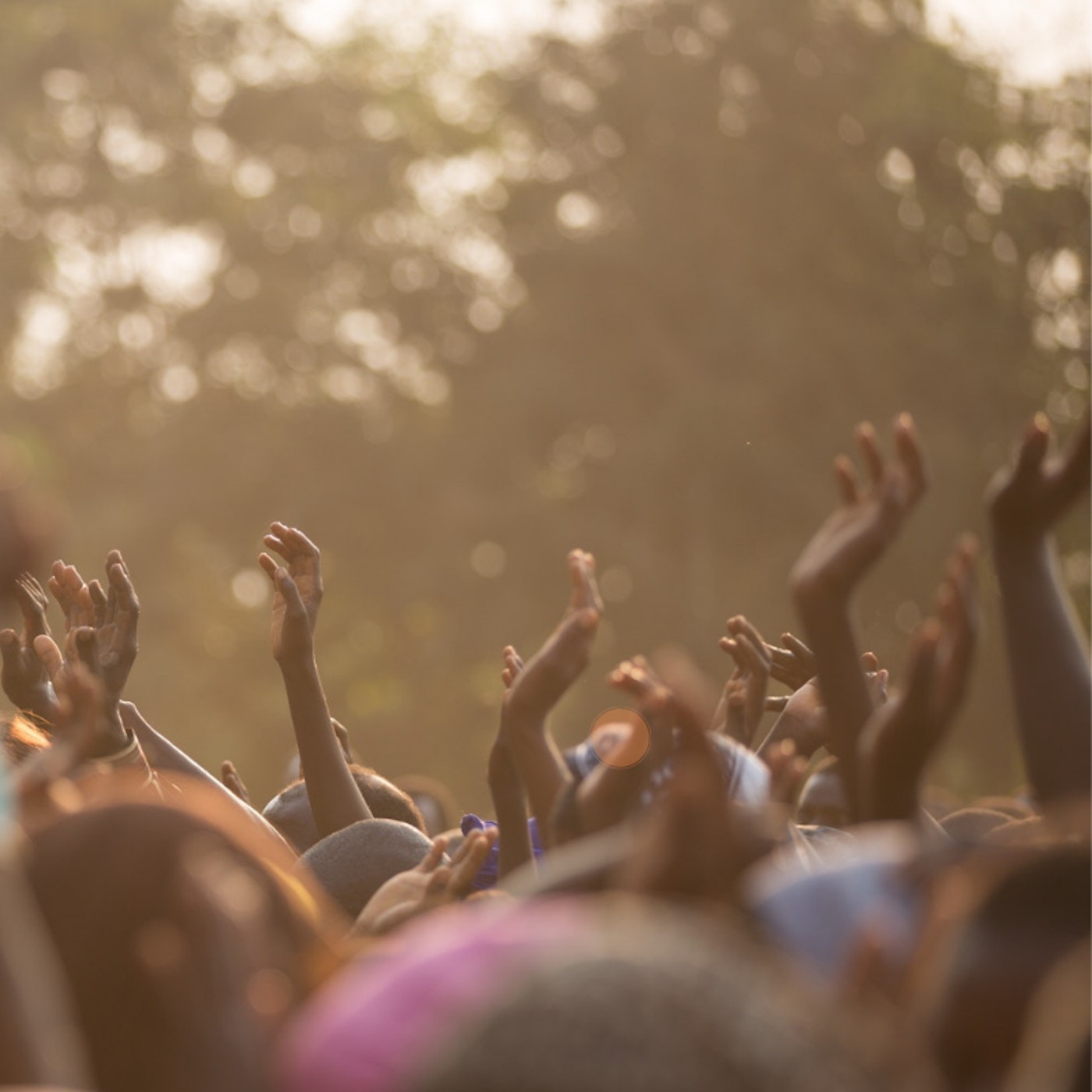 The Arewa Me Too campaign seeks to empower victims of sexual violence and provide them with both a non-judgmental space to talk and resources to seek justice. It is directly influenced by the American Me-Too movement, adding Arewa, which means north in the Hausa language of northern Nigeria, to distinguish it from other Me-Too movements. What started as a Twitter user identified as Khadija describing being abused by her boyfriend in a series of tweets and a blog post, became a campaign as a fellow Twitter user and activist Fakhrriyyah Hashim tweeted in support using the hashtag, #ArewaMeToo. Soon, many stories of pedophilia, sexual abuse, molestation, and rape followed.

Today we rallied together in Minna to walk against sexual abuse, in the quest to push #ArewaMeToo outside social media. Grateful for a great and passionate team. Next week, we begin the secondary school visits for awareness and enlightenment for students. #ArewaMeToo pic.twitter.com/Jmq5Y0FFK3

Like the Me-Too movement of America, the Arewa Me Too hashtag showed not only sexual abuse, but the failure of the community to protect victims of sexual abuse. Many victims described being shut down when they tried to speak up or never finding the courage to talk at all. Hassana Maina, an activist and law student, described an elementary aged child who told her they were being abused and their mom tried to do something about it, but the mother was quickly shut down and threatened by her husband since the abuser was the husband’s brother. Other children spoke about being abused at Islamic school or western education school, where teachers took advantage of their position as highly regarded members of society and the trust given to them as teachers. Maina says that the view of Islamic teachers as “mini-gods” causes adults to believe them over children when it comes to allegations of abuse. “There have been mallams [Islamic teachers] that have been caught in the act, and nothing was done. There needs to be serious reform.”

The Arewa Me Too campaign has made some progress in helping to get victims justice. The teacher who was abusing his student was fired as soon as the principal heard the news. Abubakr Sadiq Aruwa, aid of the Minister of Finance of Nigeria, was also fired after several allegations of rape against him were shared. It has succeeded in giving victims the confidence to speak up and seek justice. Khadija, whose story ignited the movement, is also seeking justice against her abuser.

Although the Arewa Me Too movement achieved prominence online, it is seeking to make changes offline, working directly with the society that is being affected by these injustices. Fakhrriyya Hashim, a finance graduate with experience in social activism since 2015 and the coiner of the Arewa Me Too hashtag, seeks to bring cohesiveness and growth to the movement. “We’re working towards creating synergy between different institutions, where beyond advocacy, policies are adopted.” Many non-governmental organizations have been working on tackling the issue of sexual violence for years, but Hashim says the lack of cohesiveness has been hindering them from achieving their goals. She and her team are working on a website to provide victims with therapists and legal support so that they pursue justice and have support. “The plan for us to act as a platform where a lot of NGOs that have been doing these things for the longest time can unite because there’s power in numbers. We want to ensure that what they have been fighting for the last 10, 20 years is having a widespread impact.” Hashim is also planning to organize a nation-wide march during the second week of June, to garner nation-wide support and attention.

It takes a village to break the silence on gender based violence. Fakhrriyyah Hashim @FakhuusHashim is one victim who is speaking up.#NoSidonLook
Be #BalanceForBetter#ArewaMeToo pic.twitter.com/LMuwfp8ZMD

Maina is working to bring sex education to schools in Maiduguri, Borno, a city known for facing the brunt of the Boko Haram insurgency. Maina is inspired by her carefree childhood, as she works with students to do her part in ensuring they are not robbed of theirs by providing children education on consent, rape, and other topics through dialogue and writing. Maina is also bringing this education to mosques and Islamic schools and collaborating with the Mentally Aware Nigeria Initiative to provide victims with therapists.

Other leaders are seeking change in the form of protests. Hauwa Shaffii Nuhu, a writer, poet, and law student, organized a protest in Minna, Niger state on March 2, 2019. Initially turning away from the movement to protect herself from the traumatic stories, she found that she couldn’t and decided to embrace it beyond social media. Nuhu sought to advance the movement, fearing the death of the hashtag “I did it because I was afraid it would take the normal course of social media hashtags: death without first making an impact.” She also intends to bring sex education to secondary schools in Nigeria and visit places of worship to reach parents and other members of the community. “We distributed evaluation forms to them, shared flyers, lectured them about sexual abuse and the many forms it could take, and also what to do in cases like that.” Nuhu also seeks to collaborate with other institutions to provide victims with everything they need. “We have accomplished collaborations with mental health organizations and lawyers like the director of [the] Ministry of Justice here in Minna.”

However, this movement faces unique challenges as it is taking place in northern Nigeria: a culturally conservative area where society uses the dominant religion, Islam, to justify its views. However, many religious leaders have spoken clearly against sexual abuse.

Many people do not believe victims, despite evidence of abuse. Activists are countering this by seeking to bring religious leaders into the conversations, hoping to tap into their influence. “It is very important that we bring in religious leaders into the conversation because they acknowledge that thing like this are happening and been happening for a very long time,” Hashim describes. Maina says that a lot of people blindly accept what they have been told about religion instead of researching themselves, which causes misconceptions of the Islamic view of sexual abuse.

Northern Nigerian culture, especially the dominant Hausa culture, is a culture where speaking up about sex, in general, is seen as both a cultural and religious taboo. Fakhriyya Hashim says, “A lot of people are actually uncomfortable, and to a certain degree, annoyed by the fact that we’re talking about these things [as if] we’re opening our pants to the world.” This leads to a society where victims are seen in the same light as the perpetrators, with no place to talk and with the lingering “shame” of the crime that happened to them. “We have to change [the] societal perception of a women’s dignity.” The leaders of this movement are seeking to make changes in the way society as a whole see victims of sexual violence, provide education on sexual abuse, and help victims get justice.

In the rural areas of Nigeria, it is not uncommon to see girls get married from as young as 13. The government has enacted laws to protect citizens from sexual abuse, like the Child Rights Act in 2003 and the Violence Against Persons Act of 2015, but the provisions have not been appropriately incorporated into society and are generally not adhered to, as a culture of silence has been accepted to by the majority of the society. “These laws have not been domesticated into a lot of states in northern Nigeria which plays a huge role in letting perpetrators get away with abusing victims because they know that there are no repercussions for their actions,” Hashim says. Hashim is working on getting schools to implement provisions adopted by the Universal Education Commission, specifically the addition of Family Life and HIV Education, to the curriculum which educates students about sexual health.

Like all movements seeking to change the status quo, they have been met with obstacles. Maina says some schools do not allow her to speak on consent and rape. Maryam Awaisu, the author of Burning Bright and a prominent voice of the Arewa Me Too campaign, was arrested and later released in an effort to intimidate her and the movement, bringing the question of whether the government supports the movement. But, Hashim says that whether she has the support of the government does not bother her. “It’s not about whether we have the support of the government or not because any social cause that shows the incompetence of the government is not going to be welcome.” Hashim says ensuring that the government implements and amends policies relating to sexual violence is what matters.

There is a lot of hypocrisy in northern Nigerian culture as it seeks to paint itself as one that is morally steadfast, but the way it deals with sexual violence shows that it is not as pious as it seeks to present itself. “We’ve always had this habit of lifting this veil over ourselves to point that we’re a morally upright a society, but we aren’t. There’s so much rot under that veil that we choose to cover ourselves with”, says Hashim.

However, activists see a change in the way society perceives victims of sexual abuse. Hashim says that she is seeing a change of mindset in victims of sexual violence. “They’re beginning to break their silence, and a lot of them want to pursue prosecution. We just want to make it easy for them to do that without facing any backlash from family and the society itself”, says Hashim. Nuhu says, “We have had a lot of people asking to donate and wanting to know what they can do to help us or contribute to what we are doing. Like [at] the school we went to, the director donated money and further discussed ways of widening our reach across communities. The reception has been great.”

Hashim and others want to make sure that they take advantage of the popularity of the Arewa Me Too movement. “We can’t allow this moment to pass. If we let go of this, things are going to return to the way they were”, Hashim says. But Arewa means north, and inshallah that is the direction it will be moving in, to greater and better things.

Amatallah Saulawa is a high school student and a writer, poet, and most recently, a painter. She is interested in social justice and educational reform, specifically in Northern Nigeria, and a self-proclaimed Hausa culture aficionado. Instagram @amatallah.s and @doro.lelewa