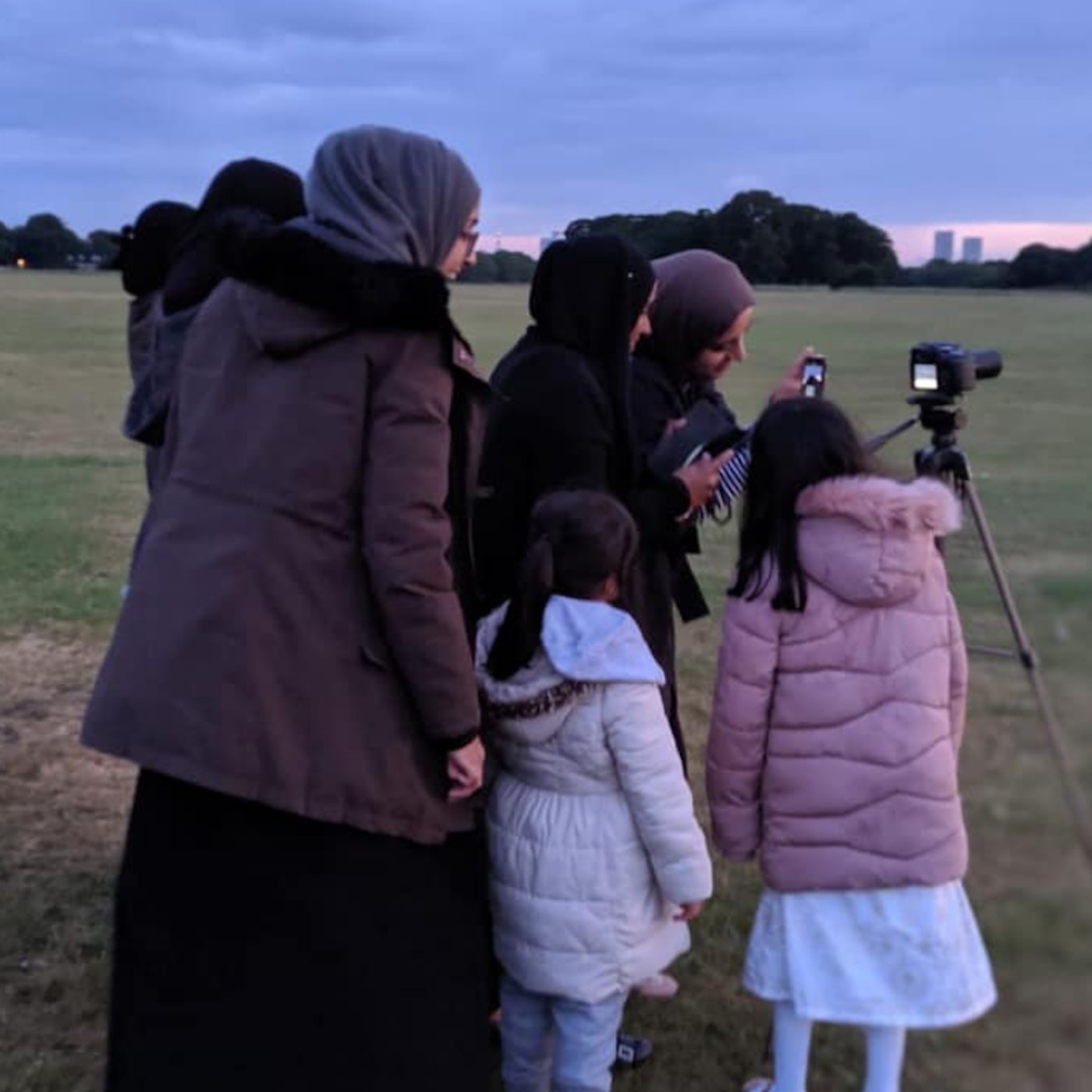 On Monday afternoon at 3rd June, Imad Ahmed, Director of The New Crescent Society released a statement expressing shock at the news that Saudi had announced a sighting of the moon, meaning Eid would be on Tuesday 4th June.

“Even I am shocked that Saudi declared that they saw the moon … Saudi Arabia do have a history of false sighting reports and early sighting reports, I didn’t believe they would be as audacious this year to claim to have sighted the moon. That’s because the moon is so very low on the horizon, below one degree on the horizon and so very young, so the moon was less than 6 hours old, that’s half the age of any of the world records, if that was a credible sighting that would have not just been a world record, it would have smashed the world record.”

I am shocked… Eid announced

I am shocked… Eid announcedWe weren't expecting this, but Eid has been announced by Saudi Arabia for TUESDAY, even though moon was IMPOSSIBLE to see.THIS CAN'T KEEP HAPPENING.The moon is not visible in Makkah, Rabat or anywhere in the UKhttp://astro.ukho.gov.uk/nao/miscellanea/ramadan_2019/eid_al-fitr.htmlSource: Her Majesty’s Nautical Almanac Office.Here is the blog post I referenced, with links to academic papers demonstrating Saudi's history of false sighting: https://newcrescentsociety.blogspot.com/2019/05/when-is-eid-al-fitr-2019-1440.html

Ahmed expresses his dismay and the fact that it would have been impossible to see the moon in such conditions.

Malaysia, Indonesia, Bangladesh, Australia, Pakistan all say they have not seen the moon according to Ahmad and even neighbouring countries have not accepted Saudi’s moonlighting including Oman and Jordan.

The New Crescent society who is an organisation dedicated to the revival of the traditional practice of observing celestial bodies urges the UK to abide by their own local moon sighting as opposed to following Saudi announcements.

They held a moon sighting event during which the moon was sighted and Eid was announced by The New Crescent Society.

ANNOUNCEMENT: MOON SIGHTED FOR EID By the grace of God, the moon was seen in multiple locations across the UK. It was…

Dr. Haitham Al-Haddad,  a jurist and  judge for the Islamic Council of Europe, also released a video on the fiqh pertaining to moon sightings and what should be done in the event that there are different opinions on when Eid should be. He also expressed dismay at claims that the Saudi moonlighting is incorrect.

Dr Haitham Al-Haddad also pointed out that, “if you go to any country, you should follow the masses and the authority there.”

EID MUBARAK!Bumped into the Hackney moonsighters at Queens Road Mosque for Eid prayers this morning. Yesterday, from the top of their towerblock, they took this stunning picture of the moon.

Celebrate Eid al-Fitr and join us in sighting the new crescent Moon. Get the best tips for moonsighting from Royal Observatory astronomers and hear from guest amateur astronomer, Imad Ahmed, from the New Crescent Society.Let us know your questions in the comments and we'll answer them live!

Posted by Royal Museums Greenwich on Thursday, May 30, 2019

Shaykh Sulaiman Gani also uploaded a video in which the moon was sighted with children and adults celebrating the news.

This is the moment we sighted the crescent moon at Riddelsdown Park 9:55pm, Tuesday 4 June . MAY ALMIGHTY ALLAH ACCEPT. AMEEN

Countries like Bangladesh and Brunei, who are said to have a strong tradition in Moon sighting, have also announced that they will be celebrating Eid on Thursday and thus completing 30 days of fasting.

Brunei follow a very traditional observational calendar – if they don’t see the moon, even due to cloud, they complete…

Will you be following your local moonsighting?