The Freelancing Muslim Mother: A Reflection of My Life

by Tasneem Sharrem in Lifestyle on 9th August, 2019 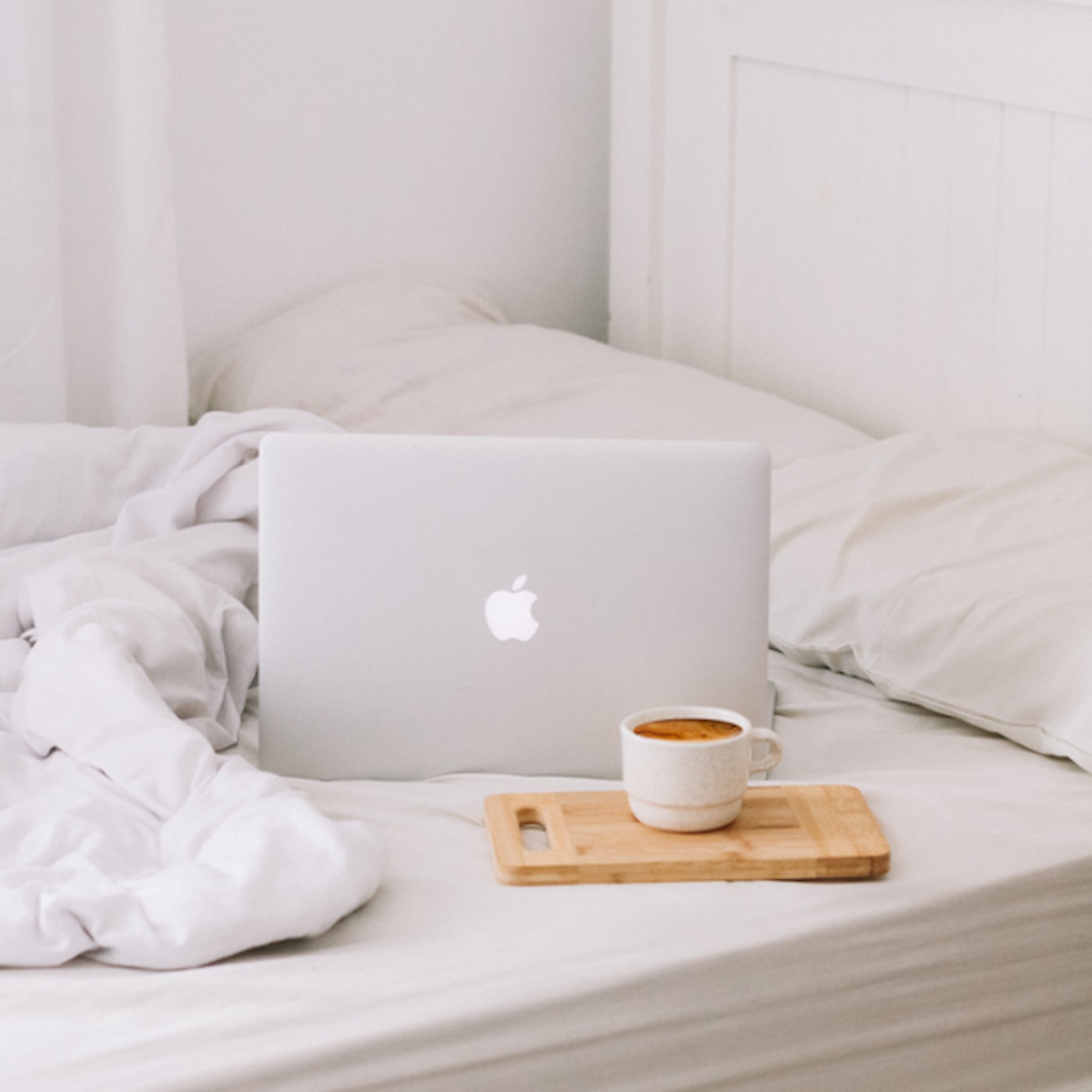 Chances are that if you’re a Muslim, you’ve probably come across the above hadith at some point in your life whether it was your own mum quoting it at you (possibly when you might have been acting up) or whether you read it when exploring hadiths to deepen your knowledge. If you haven’t come across it until now, ta da! The bottom line is that this hadith reinforces something we all know about mums – THEY ROCK. I mean, that guy asked The Prophet (Peace be upon him) three times who was most worthy of his good companionship and on each occasion, he came back with ‘your mother’ and if that doesn’t tell you something about respecting your mum, I don’t know what does.

Apart from this hadith, there are verses in The Qu’ran that also mention the lofty status granted to mothers in Islam. In a nutshell, a big part of being a good Muslim is being good to your mum as there’s a significant acknowledgment of the blood, sweat and tears she has endured to bring your life into the world. Ain’t that the truth?

Now, the thing is, with motherhood having this status in Islam and being such a noble act, it can be really tricky to be completely honest about how tough it is without being deemed as ungrateful for your blessings and seeming totally unbothered about the hadith and Qu’ranic verses mentioned.

It also doesn’t help that I came across an article about the status of mothers in Islam which attacked those who chose to put their kids in nursery/pre-school so they could work or ‘follow their whims’. I was, like, wow, you know, some people may not have a choice about working depending on their household income and as for ‘whims’, if you’re talking about having a bit of breathing space to just be myself and not wholly consumed by the role of mother for a few hours, then this is where you and I must part ways.

The motherhood narrative that seems to dominate my social media feed much of the time is overwhelmingly white, middle class and always talking about when it’s wine o’clock or time for a gin (cue eye roll). I’m writing this piece just to mix the conversation up a bit and give people a tiny peek of what life as a Muslim mum is like against the backdrop of the status we are accorded in the faith.

One of the things I struggle with is praying with a demanding child around. Prayer time is supposed to be a time for contemplation, reflection, quiet and instead, I have a kid climbing on my back when I’m in sujood, lying across my prayer mat or insisting I pray in the lounge when the TV is on and frigging ‘Paw Patrol’ is blaring out. I swear that there have been times when praying is like this that I’m not even sure whether or not it can really be counted due to the extent of my distraction.

The other big test is Ramadan. Oh goodness, Ramadan as a mum is hard work, mate. Imagine how tricky it is to not get irritated at stressful moments, like the school run, at the best of times. Then factor in that you’re not eating or drinking during the day and that part of Ramadan is about keeping your cool and, there you have it, the ultimate test of your patience as you try not to grit your teeth when the clock ticks to 8:40 and that child is only just about putting their shoes on. When the sun sets and it’s time for you to break your fast, inevitably there’s always something the kid needs just as you’re sitting down to eat and, once again, you need to make sure you’re not giving into ‘hanger’. On the plus side, this year when I was explaining Ramadan in simple terms to my daughter how I could only eat and drink in the dark like a bat, she coined the very cool nickname of ‘BAT MUM’ for me. Swings and roundabouts.

I mentioned it earlier in my article but, as a Muslim mum, wine o’clock isn’t a thing, I’m afraid. I’m not here to judge mums who want/need a big glass of wine at the end of a long day but when you see that message as so inherently ingrained as part of the mainstream motherhood narrative, it’s deeply frustrating, not just for Muslims but also for anyone who doesn’t drink booze. Wine o’clock isn’t universal. This isn’t to say I don’t have my own coping mechanisms but mine are either chocolate or halal Haribo when I can get my hands on them. Aaah, halal Haribo….

Onto work, Alhamdulillah, the digital revolution has meant that for the past few years I’ve been able to work flexibly and remotely while also doing the stay-at-home mum thing. Having been in traditional office-based work settings in the past, I knew things needed to change once I became pregnant with my daughter as the eye-watering cost of childcare simply didn’t make it worth my while to go back to my previous role on the salary I was on. I’ve been in the third sector for a while now and I think it’s where my heart lies so I’ve decided to do that on a freelance basis instead with the addition of having a few social media management skills that came with the training I did with Digital Mums at the tail end of Maternity Leave.

More recently, I worked with The Other Box, a platform dedicated to increasing diversity in the creative industries. It was great to be able to step in and help while one of their Co-Founders went on Maternity Leave! Apart from researching start-up funding opportunities and creating a Community Survey for them to use to begin measuring their social impact, I also helped them organise their 2nd Birthday Party this September as well as supporting with a whole bunch of general admin. For the most part, I’ve done all these jobs remotely and flexibly from a laptop and when I’ve needed to go into an office for face-to-face meetings, my daughter was usually in nursery or school and I asked my parents to help me out with the pick-up (thanks mum and dad!).

Many people have said I’m very lucky to have been able to do this and, of course, I do agree, but at the same time, there have been occasions it has felt like a real juggle to balance it all (let’s not even get started on the household chores). I don’t believe that anything positive can come from demonising Muslim mothers who choose to work and that brothers who get on their high horse about it need to remember how incredible the Prophet (Peace be upon him)’s first wife,  Khadija bint Khuwaylid (May Allah be pleased with her), was. She was a hugely successful businesswoman (her business was larger than all the Quraysh trades put together!), bore the Prophet (Peace be upon him) 7 children and was still massively generous in giving a huge chunk of her earnings to the poor. This is the mother of Islam we’re talking about here and if she can run a business and be a mum over 1,400 years ago, let’s not throw shade on those of who want to do that now.

Amongst the work and parenting, I have short term and long term methods of self-care which help, I don’t do candles and bubble baths but I will confess that I do like donning a face mask once a week as part of my short-term self-care, it’s just got to be done. Otherwise, my short-term self-care involves listening to the Amaliah podcast (I promise they didn’t prompt me to say that, I genuinely love it) as well as the In Good Company podcast hosted by Otegha Uwagba for great modern career advice. I’ll be honest, I usually listen to these podcasts when I’m doing something boring but necessary like tidying my child’s messy room (again) as it makes the task feel less of a chore. As well as podcasts, carving out time to read is important as I was lucky enough, Alhamdulillah, to make it onto the Gal-Dem ‘Rewriting The Canon’ Book Club this year and have loved discovering incredible writers of colour and rethinking what the concept of ‘the English Literary Canon’ entails.

My long term self-care is a slightly trickier question to answer but it involves ensuring that I’m making time to be myself, Tasneem, and not constantly overwhelmed by the duties bound to being a wife and mother which as noble and important as they are aren’t always roles that put you first. I find writing so cathartic so, in the long term, I definitely want to write more. Life-long learning is also something I value a great deal so I need to always find ways to make sure my mind is being challenged and not stagnating whether that’s doing courses, going to talks, reading more, you get the picture.

So there you have it, peeps. That’s my micro glimpse into a few of the trials and tribulations of being a Muslim mama in the modern age and I didn’t even get on to how we don’t tell our kids Father Christmas is watching them! I’ll save that for another day perhaps. To all the Muslim mothers out there trying to figure it out, you’re not alone. Motherhood is one tough gig but never forget that ‘Paradise is at the feet of the mother’ (Ahmad, Nasai) so let’s hope our kids get that memo pronto Insh’Allah.

Fajr Has Been Trending on Twitter, Here’s What You’re Sharing