by Black Muslim Forum in Identity on 30th September, 2019 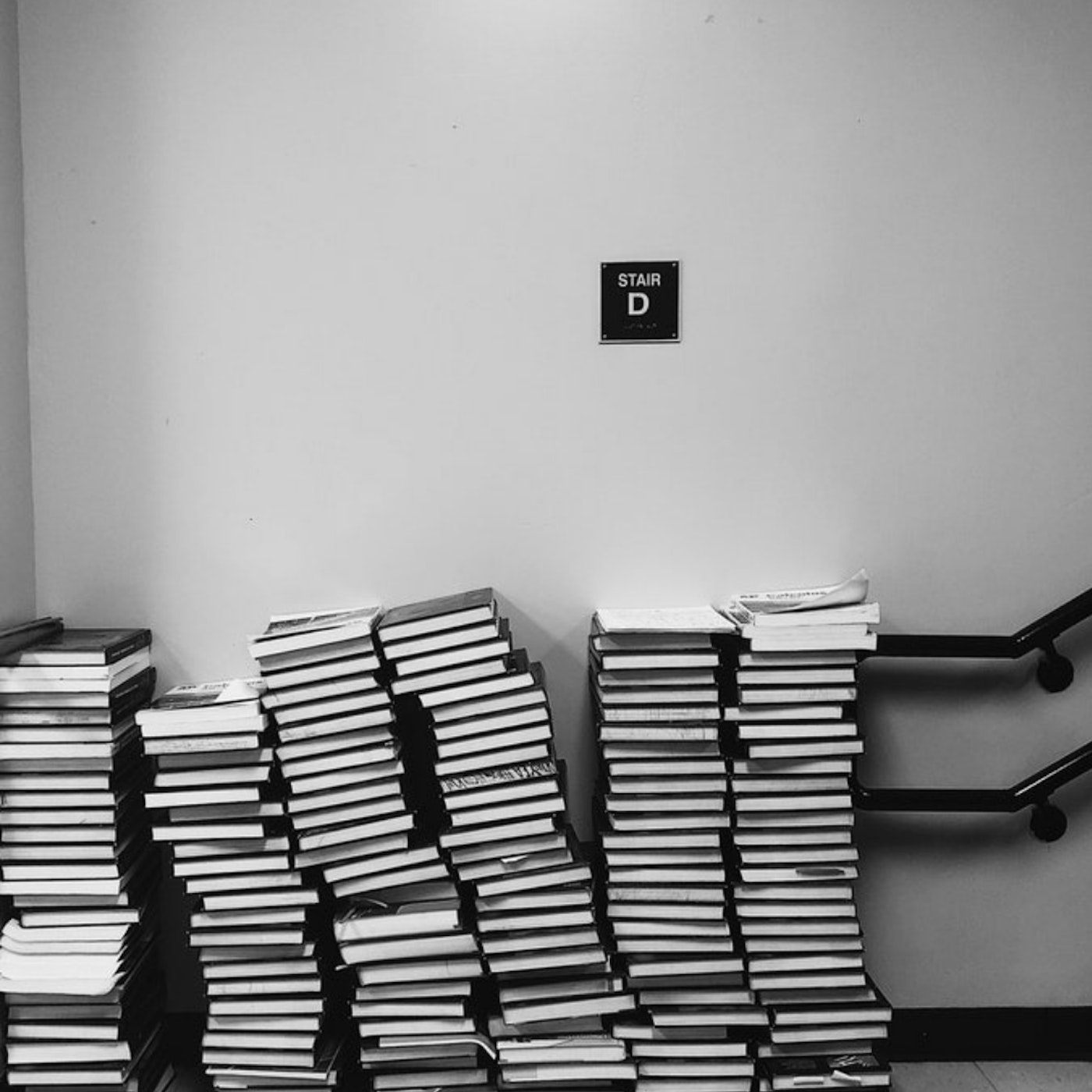 Over time many of us have heard accounts of problematic situations and words Black Muslims have been faced with coming from members of the Muslim community and sadly this includes from their own families. This has ranged from being bullied by colourist family members to being called racial slurs by strangers, to being maltreated in the Mosque.

These legitimate grievances have seldom been met with rightful outrage and understanding, but rather with comments such as ‘there is no racism in Islam/ Bilal was Black’.

With the increase of platforms for Black Muslims such as Being a Muslim Black Girl, The Black Muslim Times, The Black Muslim Girl, Beyond Bilal, Black and Muslim in Britain as well as work from The Salam Project, Hafsah Dabiri and Everyday Muslim, the grievances of Black Muslims are coming to the fore in discussions about internal oppression in the Muslim context.

These platforms are not only celebrating Black Muslim excellence, increasing visibility and providing representation, but also providing a space for discussion on the shocking and unfortunate reality of anti-blackness and colourism in the Muslim community.

Conversation on the intersectionality of Islam and Blackness is developing as a visible movement in both the UK and North America where the 5th annual Black Muslim Psychology Conference is taking place in July to unify the work of individuals from many different sectors and facilitate conversation on the mis-education of the Black Muslim.

Registration for #BMPC2019 is now OPEN! Join us July 19-21, 2019 for this unique and compelling discussion of ‘The Mis-Education of the Black Muslim’! We have regular, budget and day pass registration options available. https://t.co/CXQVV2AqM5 pic.twitter.com/MS3Twk3nUX

In order to further fortify this conversation in the UK context and effectively provide solutions, research into the UK Black Muslim community could be an invaluable resource to Black Muslim organisations, individuals and the overall conversation. For example, some of the work that Black Muslim Forum has just started to venture into is consultancy with UK mosques to better tackle anti-blackness consistently within the Masjid. This could be in the form of regular sermons on anti-racism, workshops on combating colourism and lectures on Islam and Africa. In order to generate a sense of urgency on the part of faith leaders in UK Mosques -that this is a problem that ought to be tackled, having concrete evidence of the experiences of Black Muslims in Britain would greatly help to create an incentive to fight for an ignored demographic in the Muslim community not just within Mosque’s but within faith bodies and Islamic societies. This evidence comes in the form of a short survey asking yes/no and to what extent type questions as well as leaving comment boxes for further detail. For example, one question asks the extent to which Black Muslims feel part of 1.) Their local Mosque, 2.) Their ISOC (if applicable) 3.) The British Muslim community.

Other movements such as the Black Child Agenda which aims to tackle the school to prison pipeline have benefitted from external research findings (the Lammy review) that suggest that within schools, policies such as Isolation, fixed term exclusions, permanent exclusions and arrests for minor offenses disproportionately target students of colour and those with a history of abuse, neglect, poverty or learning disabilities. Cheryl Phoenix who runs the Black Child agenda is able to advocate for Black children through the use of these statistics to help end the school to prison pipeline.  In current data sets Black Muslims are virtually invisible making it harder to advocate for their cause. For example, the social mobility report of 2017 produced by the social mobility commission exploring ‘The Social Mobility challenges faced by Young Muslims’ was criticised for lack of distinct data on Black Muslim experiences. This is a frequent occurrence where the intersection of race and religion is often ignored. Similarly, in an article Rashid Nix mentioned:

“Recently, I contacted a well known, nationally respected, Islamic charity that does great work helping vulnerable Muslims. However, their websites Nationality and Ethnicity monitoring criteria was disheartening, but revealing; Muslims of Caribbean origin were not listed even though there are thousands of us in the UK. We are classified under ‘others’ category, but it is reassuring to know their criteria mentions Lithuanian and Polish Muslims. I am not an ‘other’!”

Data would enable us to concretely understand how Black British Muslims feel, how pervasive anti-black sentiment is in the UK ummah as well as what we can do to tackle this.  For example there is an option in the survey for Black Muslims to voice their opinion on what can be done to undo anti-blackness and colourism in the British Muslim community. This is a pragmatic question to monitor the most commonly voiced solutions and implement them in British society.

The reality is that we still do not have nation-wide research or data on the extent of the issue in UK Muslim society. To my knowledge, with the exception of a dissertation by Jamilla Hekmoun, there has been few extensive studies of the degree of anti-blackness in the British Muslim community. This makes Black-rights based advocacy work harder when liaising with faith bodies, Masjids and Islamic societies as there is no concrete evidence, data or numbers on the issue.

For this reason, Black Muslim Forum is conducting a survey on the extent of anti-blackness and colourism in the UK Muslim community. This survey is open only for those who identify as Black and Muslim living in Britain. The survey takes around one minute to complete and once a quota has been reached will culminate in a report which can be used for training and consultancy work as well as to effect change in Masjid policy, policy in Muslim faith organisations and UK Islamic societies. While I have been confronted with a lot of (sometimes rightful) pessimism on the issue of countering anti-black racism and colourism, we know in the Islamic context, that racism comes from ignorance and ignorance can be undone with the application of knowledge. Knowledge in this sense can come from helpful surveys such as this which can educate the community on how widespread the issue is and what we can do to tackle it.

The survey asks Black Muslims to identify where they have been victims of anti-black racism, how much they feel a part of several communities and what solutions they propose to help counter the issue. It is a fact that the Muslim community has a problem with anti-blackness, but we are in need of data. Previous studies on Muslims such as reports by CAGE which highlight the harm of Prevent in the UK to Muslim communities and young children has aided campaigns in their plight to end ineffective policy and policing methods and has facilitated the Preventing Prevent movement.

A prayer from Malcom X to his congregation follows

“I pray that you will grow intellectually, so that you can understand the problems of the world, and where you fit into the world picture.”

Knowledge is power and I hope we acquire enough knowledge over time to powerfully lobby for Black people both in the UK and overseas. If you are Black and Muslim, it would be greatly appreciated if you could take some time to fill out the survey below and share among relevant parties. The survey will be closing in December 2019.

Black Muslim Forum is a project I started in 2018 which seeks to foster Black unity and create solutions to combat anti-black racism and colorism within and outside of the Muslim community. I started this initiative as a blog in order to provide a platform for the grievances of Black Muslims as well as brainstorm intuitive rather than reactionary solutions to the issues Black people and Black Muslims face. Currently, the project provides resources on the site about Islam and Africa, runs a mentoring service for young Black girls as well as a supplementary school in Tottenham teaching Afrocentric education to young children. The newest venture is research- specifically a survey on anti-black racism and colourism in the British Muslim community in order to provide statistics and data on the degree of anti-black discrimination Black Muslims face. In order to successfully carry this out Black Muslim Forum is in need of your help.

Nana Asma’u community school runs workshops on black Muslim history and self development for 7-11 year olds. Today we learned about Nana Asma’u, Usman Dan Fodio and the Sokoto Caliphate. We also did a workshop on confidence. Please dm if you’d like to book a similar workshop. pic.twitter.com/d9whbdJreu

How Misogyny Is Breeding a Crisis of Faith in Muslim Women

Why Muslims Need to Archive Their History