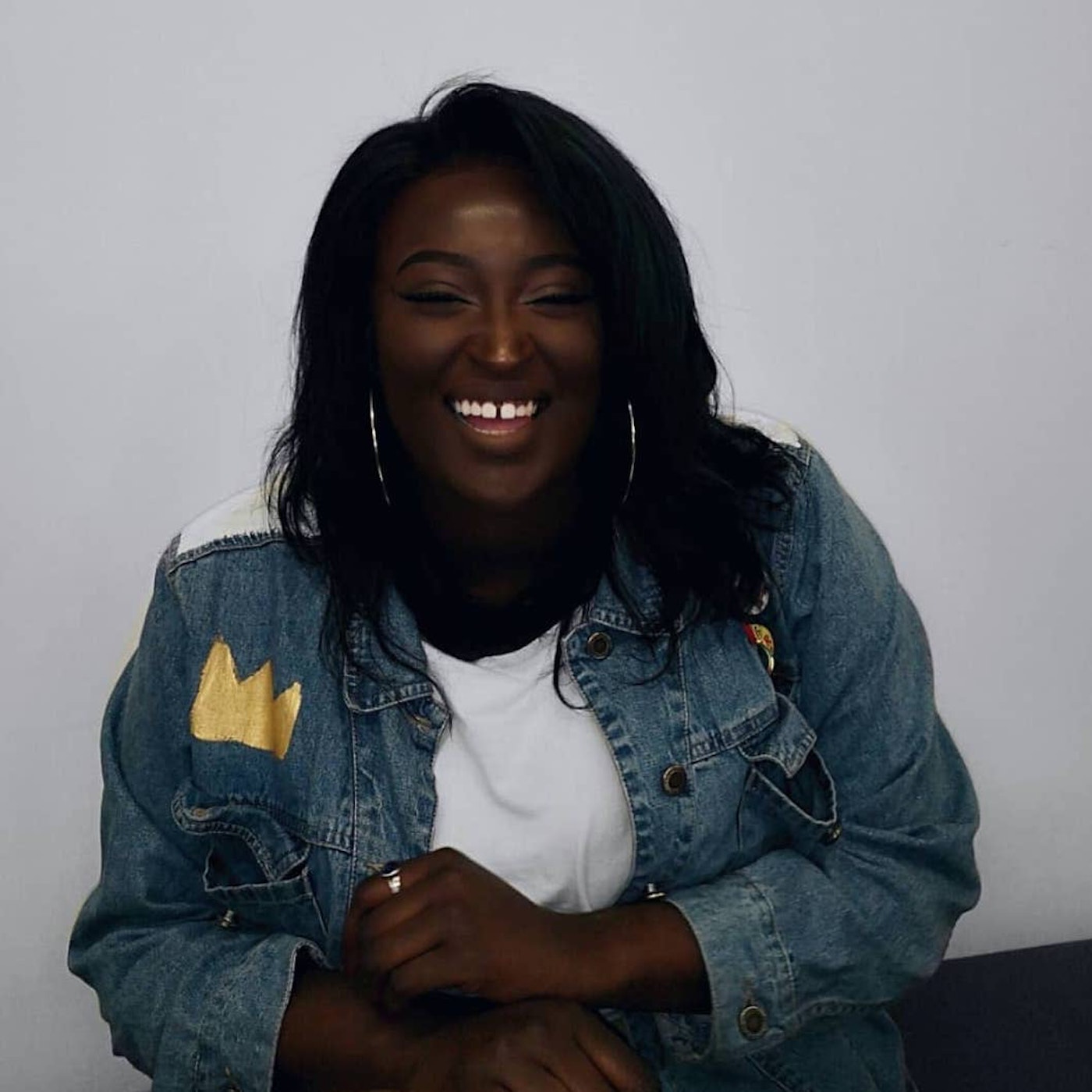 Sainabou Hydara is a 21-year-old student, self-titled your local angry black woman. Alongside her academic studies, she has been involved with a number of feminist organisations in and around domestic violence, youth engagement and activism. Most recently her work has been focusing on Black feminism partnering with a UCL based academic to create Studying While Black, a safe space for black women to have transgenerational critical conversations on race, academia gender and everything in between.

Hydara also has an interest in female sexuality, particularly from the perspective of a black Muslimah. For Hydara,

“helping women liberate themselves from the shackles of patriarchal sexual oppression can often get to the root of many gender-based issues we regularly deal with, such as slut-shaming, rape culture and even issues around intimate partner violence.”

Can you tell us what the anti-female sexuality rhetoric is? Where does it manifest? How are you personally combating that?

The anti-female sexuality rhetoric is a term I created to describe anything and everything in our society and our community that demonises female sexuality or perceived sexuality. Things like from slut-shaming to scientists trying to disprove the female orgasm. I think as a Muslim woman it most often manifests itself in the home and the mosque, with our mums telling us to cover up around guests and Imams placing women at the centre of temptation. In my personal life, I often combat it by keeping myself educated on my body and how it works as well as what our religion really says about sex and relationships. Then having very open and frank conversations with my girls about it. I’ve also called myself a celibate hoe before, lol, cuz I’m very aware of myself as a sexual being but keeping it halal always.

OK since I'm working on an article for @halcyonmaguk about being a sexualy liberated Muslim woman here are some minimal illustrations inspired by it. Enjoy! (had to repost cuz the white wasn't white enough)

I think that is something that has to be defined by everyone for herself.

For me, it means just owning my sexuality and not waiting for a guy to come along before I can feel sexy.

So since I’m a single gyal, that means picking out outfits that make me look and feel sexy on my own terms and sometimes buying non-Primark knickers. For couples, I imagine being sexually liberated is more about having the confidence to talk to your spouse about what pleasures you and experimenting and building a healthy relationship with yourself.

You’ve spoken about the oversimplification of the female sexual anatomy, how do you think this impacts how women see their bodies and engage with it?

I think when female anatomy is so oversimplified, particularly in school science textbooks, it makes it difficult for women to see themselves as anything beyond childbirth machines. Growing up so many of my friends didn’t know what a was clitoris they were at least 19 at the time! So the fact that they weren’t aware of their anatomy rid them of a lot of sexual agency.

… Sometimes take a break from revision

Do you see your art as a response to that policing and rhetoric, if so how?

Yes, I definitely do. I think in such a conservative hush-hush community painting or drawing women with exposed breast and genitalia is disruptive and ‘vulgar’. It forces people to tackle the female body but also examine the feelings they experience and question where that comes from.

Why does it make one so uncomfortable? That’s what I want people to ask themselves.

What are the expectations of society when it comes to your body?

Oh gurl don’t get me started!

I’m a 6ft tall, plus-sized, dark skin, black woman… It’s tight! I think society expects me to have a massive bum and thick thighs but a concave stomach and absolutely no cellulite. I’m supposed to be lighter-skinned unless I’m in a bikini covered on baby oil.

I am none of those things but I’m learning to accept that and love it. Hence why I’m increasingly painting more and more fat black women and emphasising their roles and the jiggle.

Did you find yourself having to unlearn how you viewed your own body? What was that process like?

100000% I’ve grown up with some super toxic body image issues and to be honest I don’t think I’m truly over them yet.

When I was younger I thought I was one of the fattest, ugliest people in the whole world, obviously, now I know that isn’t true.

I think these days I’m aware that my perception of my body comes from a combination of childhood weight issues as well as my constant use of social media. So I’d say I’m actually still in the early days of my body positivity journey but boy have I come a looong way.

Can you tell us more about your art style? Why bodies?

I’m actually still finding my art style, right now I’m bouncing back and forth from these super minimalist drawings that a very quick, to these super dense, colourful large-scale paintings and sometimes even collages. But the subject matter is always the same, female bodies. I think because of my obsession with my own body and the way it looked, as well as societies obsession with women’s bodies it was inevitable that I’d focus on that. I think by using a subject that everyone sees every day in so many different ways and feels very strongly about how it should look, it’s the perfect opportunity for me to subvert the commonly held standard and opening up a conversation on how we got to that point.

What do you think is missing from sexual education in schools? What would you tell your younger self about your body?

Everything. In all seriousness sex education in this country is so so limited, we get no education on sexual pleasure, on consent, on relationships, on intimate partner abuse, on LGBT sex, on gender and different gender identities… I could go on forever. So young people are growing up with no real knowledge of sex and relationships.

I think the number one thing I’d tell young Saina is that her body is for herself. It will change and grow, so don’t force it to shrink and bend and crush under the weight of other people’s opinions.

What conversation are we not having enough of in Muslim communities?

Muslim Twitter is always talking about relationships and how terrible haram relationships are, but I never see anyone talking about how we can date in a halal way. But also we don’t talk enough about the fact that 90% of us get all our religious knowledge from a man, an educated man but none the less, a man.

Who are some artists you look up to?

My top 5 favourite artists in the world are:

I can’t even explain to you the depth of my love for Basquiat. I genuinely think was he alive today I’d be a groupie. His journey as an artist just speaks to me because he had no formal training either, and just painted what he felt and saw around him. The bright colours and free expression of his style is really what I aspire to be one day.

I discovered Tracey Emin in a GCSE are glass and verger looked back. I think it was the first time I saw an artist paint something as explicit as her abortion or her rape in such a simple but poignant way. I believe that very vulnerable forthcoming exploration of her story through her body really informs my relationship with my paintings and my style too.

For me, Louise is the pinnacle of feminist art. She creates art that questions society, her position in it and her feminity all at the same time, but also reveals an anxiety within herself.

Again I discovered Jenny during my GCSE art class and I think she is the reason I paint how I paint. She paints these huge plus size women and really puts an emphasis on the amount of flesh and the curved and folds and yeah she’s just brilliant