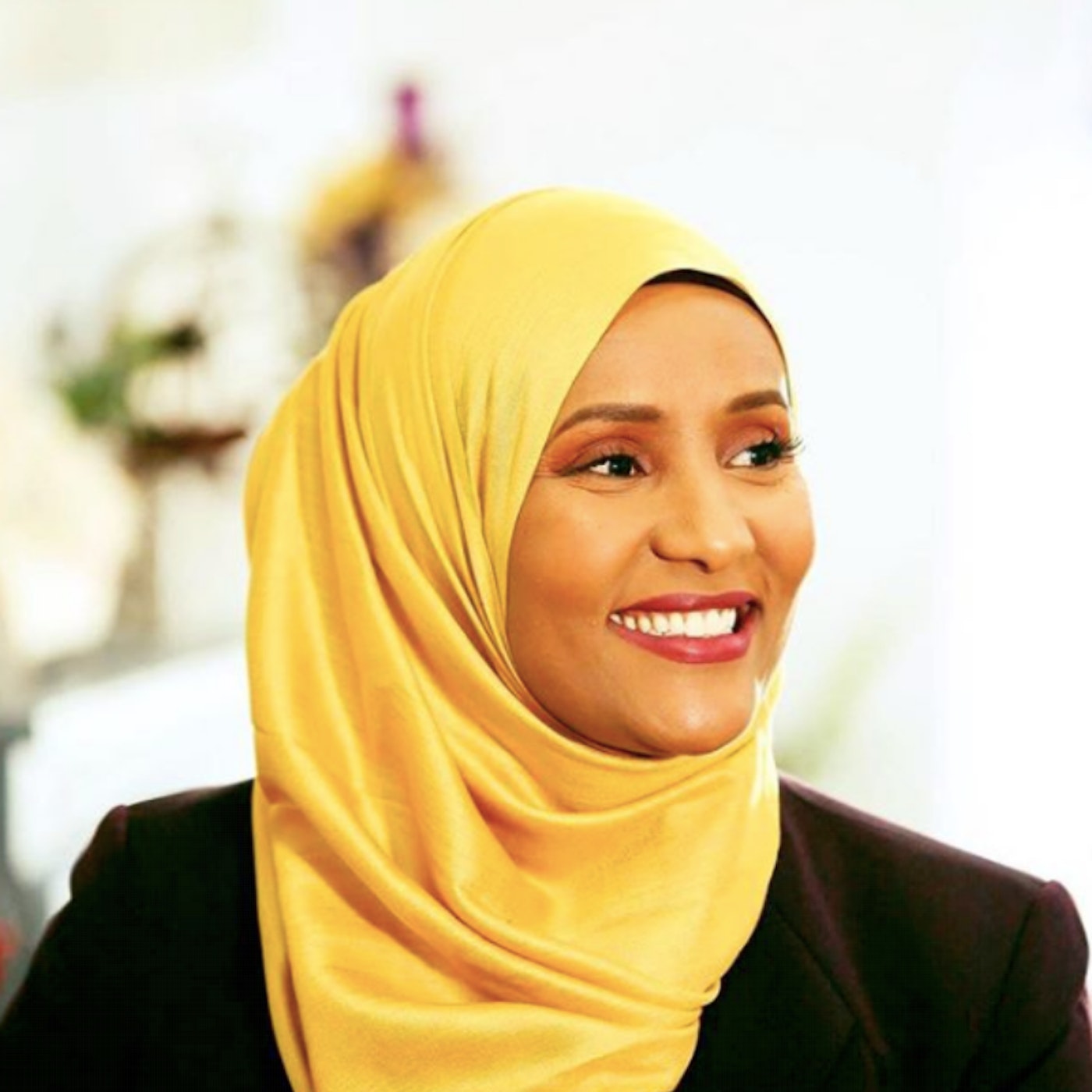 As news of Hodan Nalayeh’s death began to spread, Muslim women across the world began to share their grief, from mentees, advisors, friends and supporters who had met or interacted with Hodan. Every single account expressed the beauty of her character and positivity, with many commenting that she was often seen smiling. A positive light, a journalist who told a positive story of Somalia that didn’t widely exist. Hodan had shared with CNN that her role was appointed by Allah and she would show the world Somalia in it’s entirety. She was also praised for helping Somali diaspora re-connect with Somalia positively.

“I did not need anyone to hire me when Allah hired me for the job.”

i don’t know a single Somali diaspora kid who didn’t fall back in love with Somalia through hodan nalayeh’s broadcasts. she bravely shared important stories about Somalia and its diaspora. every one of us knows someone killed by al-shabaab.

She was born in Somalia and spent most of her life in Toronto, Canada, but returned to Somalia with a conscious mission. She wanted to inspire the global Somali population and others with uplifting stories, she did. She encouraged people to see the abundance in the land, from the waterways: sea and rivers and the farmland and would share her own journey to connecting with the land, social media was her medium and she shared videos and images through both Instagram and Twiter, she also launched Integration TV.

It was an incredible day to witness #Somalia’s beauty on the island of #Ilisi 🐠 #Kismayo #Somalia #MySomalia pic.twitter.com/KRr0AgGgtK

Somalia is a mess to some, but on my morning walk, I see hope.
Somali people are lost to some, but I see people who make the best of life.
Somali children grow up so fast, but I see they are never too old to build sandcastles at 6am. #Thursdaythoughts #Kismayo #Somalia pic.twitter.com/ZLCHPr2c6Z

Nalayeh, 43 was murdered in a terrorist attack with 26 others, her husband. Farid Jama Sulaiman was with her at the time, along people of various backgrounds, some Kenyan, Tanzanian, American and British. A handful of gunmen are said to have stormed Asasey Hotel after a suicide bomber detonated explosives in a vehicle outside the hotel in Kismayo. She had recently shared her appreciation of the fishing in the area. (see above)

Inna lillahi wa inna ilayhi raji'un.
It is with great sorrow & regret we confirm the unexpected & tragic loss of Hodan Nalayeh & her husband Farid Jama Suleiman.Please keep Hodan & Farid in your duas. I's the wish of our family that you honor our privacy at this time of mourning. pic.twitter.com/d2FEtzjOQN

Tributes continue to be shared across Twitter and Instagram as well as the surfacing of her work.

Way before Hodan's @IntegrationTV & Instagram stories. Here she was with Sado Ali campaigning for the hundreds of thousands of #Somali refugees trapped in Kenya's Dadaab camps. In this video they're directly appealing to @antonioguterres to improvement their people's conditions pic.twitter.com/nC31KQAZQA

“Hodan noticed the people bathing in the ocean, the orchards in the courtyards, and the radiance of the setting sun, and she knew those were stories, too.”
-A tribute to the brilliant, fearless and incredible Hodan Nalayeh- the storyteller of Somalia:
https://t.co/r7V4N2iwHK

Hodan Nalayeh was a voice to many. Always happy, smiling, documenting. She was the Somalia that many had longed for: a resilient person full of energy who can do anything. She gave up everything for Somalia, but Somalia took her life in the cruelest way. https://t.co/noZzQ1EF1H

i don’t know a single Somali diaspora kid who didn’t fall back in love with Somalia through hodan nalayeh’s broadcasts. she bravely shared important stories about Somalia and its diaspora. every one of us knows someone killed by al-shabaab.

She understood the power of storytelling for those of us living abroad, that hope that we so desperately cling onto even when it is shattered again and again, her light continues to radiate and they will not extinguish us, thank you Hodan for leading the way. https://t.co/REp1C4jqbt

Hodan was one of the few people that put so much effort and energy to connect the diaspora with the people back home. Her work was so refreshing and it’s important.

This is a huge loss for our country :/

Thread: I’ve developed a passion for photography. Starting to take photos daily to share with my twitter fam🤗
Spent the day on the island of Ilisi near #Kismayo with the local young men who bring fish to our city. Incredible to witness their joy & love for fishing. #Somalia pic.twitter.com/4H1oowmUaJ

hodan was the bridge between the older generation and the youth, both back home and all over the world 😭

Hodan Naalaye’s main purpose was to showcase the beauty and love in Somalia, regardless of the chaos. She wanted us to understand that being Somali is the biggest blessings. We cannot be discouraged. We cannot allow this to make us look away. We cannot let her vision disappear. pic.twitter.com/V5OGl3OTCV

Repost from @sheleadsafrica! Thanks 🙏 What is that one thing you need to be happy right now? ⁣ ⁣