Exploring the History of Karbala as a Sensory Experience 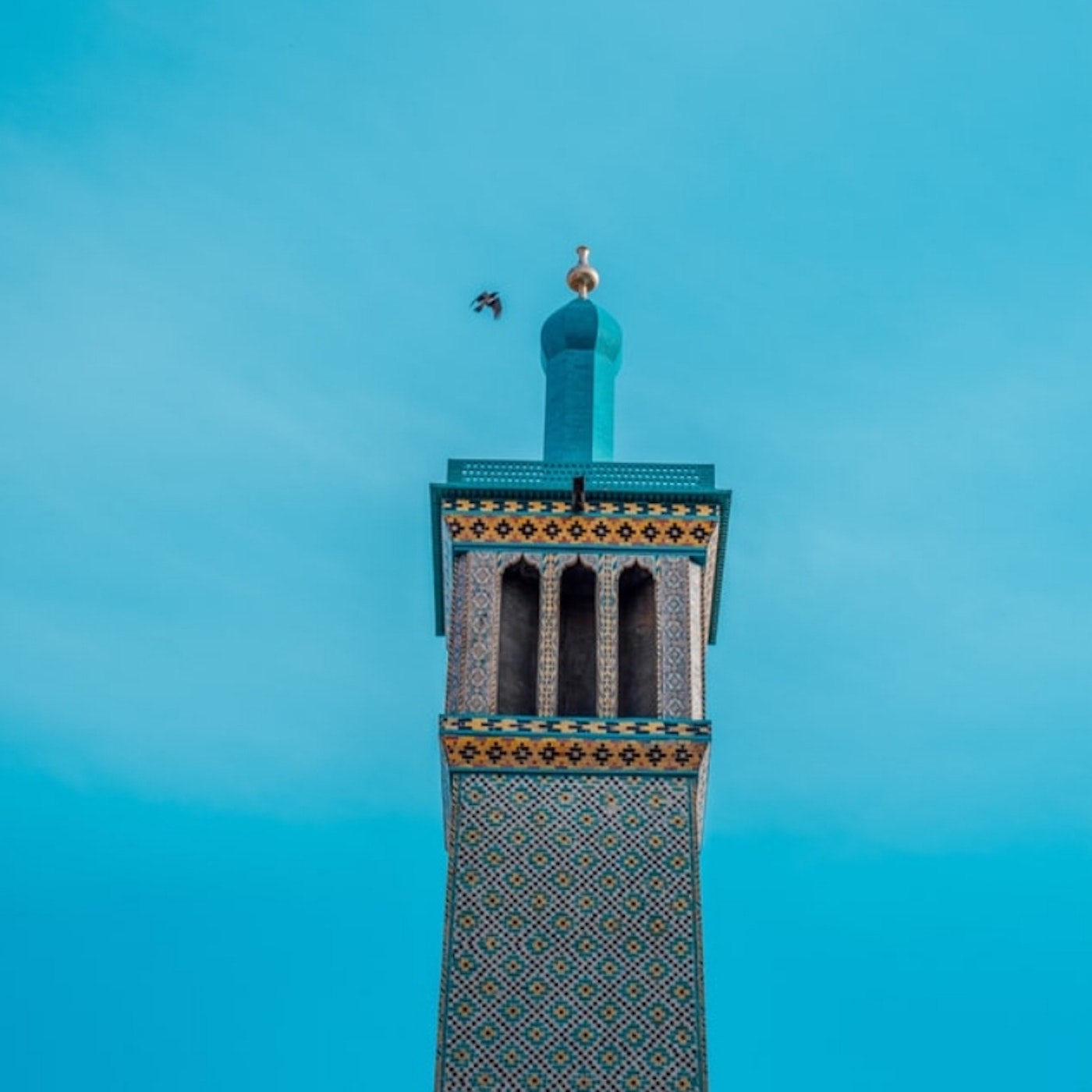 My condolences to you on the Martyrdom of the grandson of the Holy Prophet (SAW), his family, and companions.

Muharram marks the first month in the Islamic Lunar Calendar. Unlike the Gregorian Calendar, the Muslim New Year begins with commemorating a tragedy where both the strength and weaknesses of humanity were tested. It begins with the commemoration of the deaths of the grandson of the Holy Prophet (SAW) – Imam Hussain (AS), along with his family and companions. It begins with death for the sake of Islam.

Marking the Islamic New Year with a reflection on death is poignant. It’s a time to re-center and re-focus based on an understanding that Time our is limited. It’s a reminder that Allah (SWT) is the creator and governor of Time, and we are to serve on His Earth until He calls us to return to Him. It reminds us that death is the one constant of life.

“Indeed we belong to Allah, and to Him we are returning”

(2:156). We are in a continuous process of returning to Allah (SWT). Every breath we take, every opportunity, challenge, calamity, are all steps in our journey back to our Lord until our Time on this Earth comes to an end.

In fact, in the preceding verse (2:155) Allah says: “And We will surely test you (all) with something of fear and hunger and loss of property, lives and fruits; but give glad tidings to the (steadfast) patient.”

Fear itself, fear of fear, of hunger, and loss of property, lives, and the fruits of labour, are what overwhelms us. But Allah says those who remember and recite 2:156, remind themselves that this is all about the process of returning to our Creator, and to a place of peace. This process is a means to the destination, a destination full of what is overwhelmingly absent in this transient world – Justice, Mercy, Compassion, and Love. It’s promised to us, and a promise from God is sweeter than all promises.

It was this very test of fear, hunger, loss of property, lives, and fruits that was tested on the plains of Karbala on the 10th of Muharram. On Ashura. This test was a tragedy of the senses. One that connects us to the foundations of our human selves.

The Battle of Karbala took place on the 10th of Muharram in the year 61 A.H., approximately 50 years after the death of the Prophet Muhammad (SAW). At this time, the Muslim rulership had been transferred to Yazid, son of Muawiyah. Yazid’s rulership was filled with corruption and violence, and Imam Hussain (AS) son of Imam Ali ibn Abu Talib (AS) and grandson of the Holy Prophet (SAW) took a stand against it. Yazid was feared and hated for his violence, and knew that Imam Hussain (AS) was respected by society. Thus, in order to validate his methods, Yazid went to force Imam Hussain (AS) for his pledge of allegiance towards him. Imam Hussain (AS) was raised in the Household of the Prophet and was raised on the principles of Truth, Justice, and the Right Path of Islam. After refusing to give allegiance to Yazid, Imam Hussain (AS) took the ultimate stance for justice on Ashura, where he and his 72 companions, outnumbered by Yazid’s army of 30,000 men, were massacred. The Battle began after the afternoon prayers – with Yazid’s army leading the attack on Imam Hussain (AS) and his companions. Despite having a limited number on their side, the companions of Imam Hussain (AS) fought valiantly. Eventually Imam Hussain (AS) was killed, and the bodies of the martyrs were trampled upon. This revolutionary act for Justice and to save the Truth of Islam sparks spiritual, physical, emotional, social, cultural, and political revolutions to this day.

The Sensory Experience of Karbala

Sight: Karbala is a tragedy for one’s eyes. In today’s socio-political climate we are increasingly becoming desensitized to the loss of human life. To the loss of human connection and to the loss of our capacity to grieve. Karbala revitalizes the sense and the ability to connect through remembrance of what the Martyr’s experienced, and what the Women of Karbala witnessed. When you close your eyes, and re-tell the stories of Karbala in your mind, you can picture the flagbearer of Islam – Hazrat Abbas (A.S.) fighting to get water for the young children who had been starved of water for 3 days. You can picture the army of Yazid attacking him, piercing his body, and slaughtering his hands as he sought to quench the thirst of the children. You can picture the neck of the six-month old baby – the great grandson of the Holy Prophet (SAW) – being pierced with a 3-pronged arrow when his father Imam Hussain (AS) took him out on the plains of Karbala to plead with the army of Yazid to let his infant son have water.  You can picture Hazrat Ali-Akbar whose face was said to resemble that of the Holy Prophet (SAW) valiantly fight for Truth and Justice. You can picture Imam Hussain (AS) picking up the shredded bodies of his sons, of his brother, and of his friends, at least 72 times. You can envision the strength and pain it would have taken to watch your loved ones depart this world to defend and save the faith. Our faith. You can picture the shackles placed on the necks and feet of ladies of the household of the Prophet and on his eldest great-grandson, Imam Zain-ul-Abideen (AS), as they walked from Karbala to Damascus. You can picture the blood seeping out of their bodies from the tightness of the shackles.

You can picture the tearing of the hijab of the ladies of the Prophet’s household. Why can you picture this?

Because you can see this happening in some form today. From the Islamophobic attacks and post-9/11 hijabs being snatched, to the genocide against Palestinians and Kashmiris today, where they witness the blood of their loved ones being shed every day. And if you can’t see this, Karbala will open your eyes for you. For it is at Karbala where the culmination of the worst offences against humanity occurred.

“Indeed we belong to Allah, and to Him we are returning. We are happy with His will and carry out His command.”

Touch: If you can’t hear Karbala, you can feel it. You can touch the plains of Karbala – the desert sand that absorbed the blood of Truth and Justice. You can feel the touch of Hazrat Abbas (AS) laying on the lap of Imam Hussain (AS), broken and crying out Labbayk Ya Hussain

(We are at your service, O Hussain).

Because you all have loved ones, and it would pain you to think of your final moments with them. And if you can’t feel the touch of these moments, read about Karbala, and your heart and body will open up to this.

You can taste this because you have experienced hunger and thirst during Ramadan.

Because you can imagine what the contaminated water of flint taste like. You can imagine the hunger the Yemenis face due to the Saudi Arabian blockade. You can taste it when you sit down for your meals and are grateful for having the security of what millions around the world are starved of. And if you can’t taste it, Karbala will allow you to begin to taste it.

When the time comes that Inna Lillahi Wa Inna Ilayhi Rajioon will be recited on our bodies, will Allah (SWT) be pleased with us, as he was pleased with the martyrs of Karbala?

Click the link below to hear The Rogue Muslim read out her article for the #amaliahanthologyseries over on the Amaliah Podcast. Check out all of our previous episodes there too! You can stream the Amaliah Podcast over on Acast, Spotify, Apple Podcasts and wherever else you get your podcasts!

The Rogue Muslim is a Podcast for Muslims, about Muslims, by a Muslim. It seeks to destablize the binaries of Good Muslim vs. Bad Muslim within the Ummah and external to the Ummah. We're going Rogue. Instagram: @theroguemuslim