What Kerbala Taught Me About Healthy Masculinity 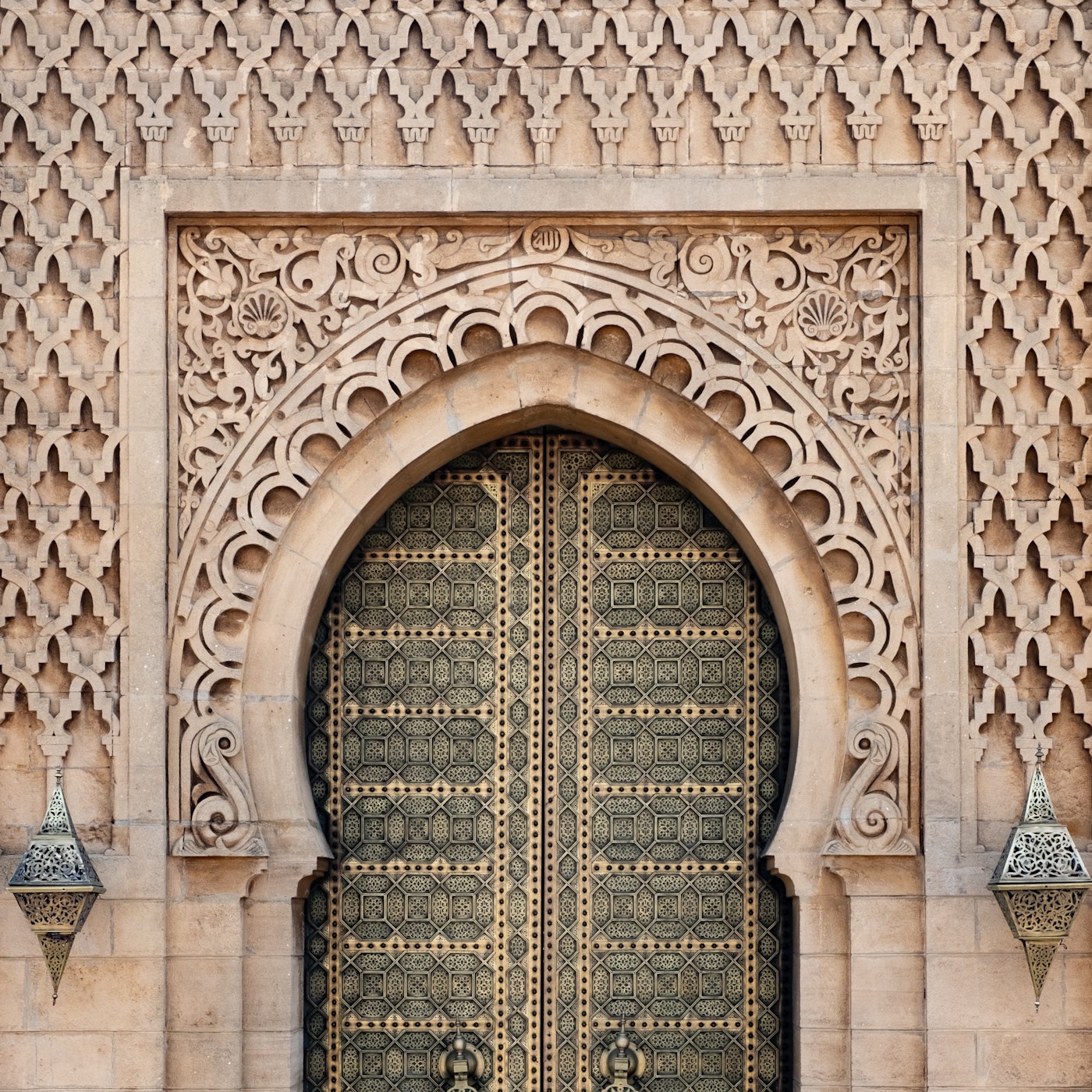 Growing up, I never questioned that men cried, or needed to cry. It was something that was normal to me. Then, as I grew older and experienced society, and the influence it has over the way we perform our genders here in the West, I began to see the tears as weird – outside of the mosque setting that is. In recent years, as I’ve engaged in discourses around hegemonic masculinity, toxic masculinity, and gender roles and regulations, I’ve come to unpack why I thought it was normal for men to cry.

Through this unpacking, I have come to realize that it is due to the commemoration of Kerbala. Growing up, I saw scholars crying on the pulpits, I saw men cry in gatherings as poetry narrating the tragedy of Kerbala was recited. I saw men cry when visiting Holy Shrines in Iraq and Saudi Arabia.

I saw men cry, and it never made them ‘less manly,’ It was part of their masculinity.

Realizing it was through Kerbala that tears were normalized in the religious communities I was a part of, I began to deliberate on how else Kerbala teaches us healthy forms of masculinity and its performance.

In the era of #MeToo and #MuslimMeToo, the conversations around hegemonic masculinity and toxic masculinity have entered into the mainstream public sphere. Whilst the conversation ignites a spectrum of emotions from all sides, they are necessary to have. They are necessary, because to not have them would be an injustice to our purpose on this earth – to be servants of Allah (SWT), and to gain proximity to Him. If the social, political, economic, environmental, and cultural systems of toxic masculinity impede us from gaining this proximity to Allah (SWT), then we are not practicing Taqwa – or God-consciousness.

God witness all that we do, including our participation in systems that benefit us, at the expense of others, and the ways we become accountable to our souls upon gaining knowledge of these harmful ways.

Of course, masculinity itself is not toxic. We have countless examples of what masculinity looks like from the words and actions of the Prophet (SAW); what it looks like to be Al-Insan al-Kamil: The Perfect Man. What is toxic in the West is the limits put on men for what dominant masculinity should look like. It holds men to unattainable standards, and ones that impede our Muslim men from gaining that proximity to Allah (SWT). It’s phrases like: “man up,” “take control of your woman,” “don’t cry, you’re a man,” “you wanna fight, bro?” Not all men are toxic, or subscribe to toxic masculinity, but part of toxic masculinity is the pressure to subscribe to these versions of masculinity – it’s a form of coerced consent, if you will.

The following are the ways Kerbala teaches us what healthy masculinity can look like.

He cried: My brother, ‘Abbas? You are leaving me too. ‘Abbas, what will I do without you? My support, ‘Abbas, I am finished without you. My brother ‘Abbas, can I do anything for you?”

In today’s culture, this would be seen as feminine; and therefore, a sign of weakness. In Hussain’s Kerbala, this was a strength. A form of masculinity that shared what one person meant to another person. It demonstrated security of love; something we are lacking in our cultures and relationships today.

Imam Hussain (AS) also leaned into the strength of Bibi Zainab (AS) countless times throughout the Battle. He showed her his tears and cried when they bid farewell to each other for a final time. Again, this demonstrates that the spectrum of emotions we are given are gender-neutral, and given to us by Allah (SWT), for the sake of worshipping Allah (SWT). Every act and word performed during Kerbala were an act of servitude to Allah (SWT) – including the tears shed for His sake.

In coercing men to suppress their emotions, we must consider at what cost, and who is part of that cost?

2. Seeking Forgiveness and Accepting It

It was Hur ar-Riyahi, and his army who first faced Imam Hussain (AS), and kept them under siege, preventing them from accessing the water supply. However, before the Battle began, Hur made the decision to follow the path of Truth and sought forgiveness from Imam Hussain (AS).

Imam Hussain (AS) said: “Hurr, my friend, I forgive you. I assure you that my grandfather (Prophet Muhammad), my father (Imam Ali ibn Abi Talib), and my mother (Bibi Fatima) have also forgiven you. Come with me, Hurr.”

Forgiveness is not a sign a sign of weakness; it takes a lot of work and strength to forgive. Conversely, it can be easier to hold on to and to accommodate the feelings of pain, anger and bitterness. Whilst these feelings are valid, they can have harmful effects on us psychologically, physically, and even financially, if the pain becomes detrimental to the point we cannot function/work. So, forgiving ourselves and others with the intention to get closer to Allah (SWT) can bestow countless benefits to our spiritual and physical selves.

Imam Hussain (AS) asked for help on the journey to Kerbala; he sent letters to neighbouring lands and governments asking if they would support him in fighting the tyrannical rule of Yazid, and to support him in proposing peace. He further asked for help during the Battle from the enemy side. He asked, “Is there any one to help me?” – giving the enemy an opportunity to fight in the way of Allah (SWT), and to gain His forgiveness.

Seeking help is not a sign of weakness. It is, as Imam Hussain (AS) showed, a way to maximise the blessings and people Allah (AS) has placed for you.

So, think of Imam Hussain (AS) next time you hesitate to ask for help. Allah (SWT) does not burden a soul more than he can bear, and He also takes care of that burden – people and supports are one way He alleviates the burden for us.

Imam Hussain (AS) demonstrated his love for his companions, and for his family. Through hugs, words of affirmation, and love, and through sharing what their loss would mean to him, and why he did not want to let them go.

Kerbala demonstrated the bonds of human connection and love, and what that love can mean when united under the Faith in Allah (SWT).

Demonstrating love is a sign of weakness, but the benefits of demonstrating and showing love have a domino effect – they provide people with the security of your love, confidence in you, confidence in themselves, confidence to face the pressures and hardships of this world, given the security of your love; they have the ability to repeat cycles of love, instead of cycles of violence, which in turn, can lead to a society that is governed by love for Allah (SWT), for oneself, and for one another.

5. Women of Kerbala Were Equally Crucial:

Imam Hussain (AS) and his companions were not threatened by the women in Kerbala. They relied on the individual and collective strength of the women to affirm their path of establishing Truth and Justice. The women in Kerbala were crucial witnesses to the tragedy, and to the spreading of the Truth of Islam after the event.

At no point, did Imam Hussain (AS) feel threatened by the individual and collective strength of the women at Kerbala.

How could he, when he was surrounded by women of strength – his mother, Hazrat Fatima (AS), his step-mother, Umm Fizza (AS), his sisters, Bibi Zainab (AS) and Umm Kulthoom, his wives, Umm Rubab (AS), Umm Laila, Umm Ramla, and with stories of his grandmother, Bibi Khadija (AS). The Warrior, Hussain (AS) shows you can find your strength as a man, within the individual and collective strength of women. It does not hinder your performance of masculinity; it elevates it.

Kerbala teaches to use one’s ego for Truth and Justice and in the path of Islam. It teaches to forsake ego when it obstructs nearness to Allah (SWT). Self-worth and self-importance are validated through Allah (SWT) and His guidelines, not through the fallibility of man. Imam Hussain (SWT) centred Allah (SWT) and Islam throughout the journey to Kerbala and at Kerbala.

Following one’s ego can lead to destructive practices and can hinder one’s relationship with Allah (SWT). The Ego is not gendered, but in society, men are conditioned to follow their Ego and it’s desires, and women are conditioned to submit to the male Ego. Kerbala teaches us that our Ego is only to be used for the Sake of Allah (SWT), and not to attain the temporary pleasures of this world, but the permanent ones of the Hereafter.

7. Knowing When to Step Back:

Imam Zain-ul-Abedeen (AS) was sick during Ashura. He wanted to fight, and felt it was his duty to do so. Imam Hussain (AS) however, reminded him of his duty to come: “Son Sajjad, you will have a lot of work to do after my death. You will face lots of hardship and suffering, my son. Sajjad! Stay on the true path. Son Sajjad, do not be afraid to fight for truth and justice. Sajjad……Just be patient! Son Sajjad, maintain your patience at all times. Son, Allah is with people who remain patient. Patience, my son, patience.”

By stepping back, Imam Zain-ul-Abedeen (AS) was able to serve Islam in a different, but equally necessary way.

Knowing when to step back from a situation, and to assess the short and long-term consequences – for you, for those around you, and for your hereafter – of a situation is a form of healthy masculinity. It demonstrates that there is valor in patience, and in not letting your desires rule you for short-term gain.

Therefore, we can see that Kerbala teaches performance of one’s masculinity should bring you closer to Allah (SWT). It should serve Islam, and Allah’s (SWT) creations (humans, plants, animals, etc). Using the guidelines of how masculinity was performed on the journey to Kerbala, and during Ashura, we can begin to heal ourselves, our communities, our relationships to one another, and most importantly, our relationship to Allah (SWT).

The Rogue Muslim is a Podcast for Muslims, about Muslims, by a Muslim. It seeks to destablize the binaries of Good Muslim vs. Bad Muslim within the Ummah and external to the Ummah. We're going Rogue. Instagram: @theroguemuslim