Mosques Are Setting up Voter Registration Drives to Increase the #MuslimVote

by Amaliah Team in Lifestyle on 22nd November, 2019 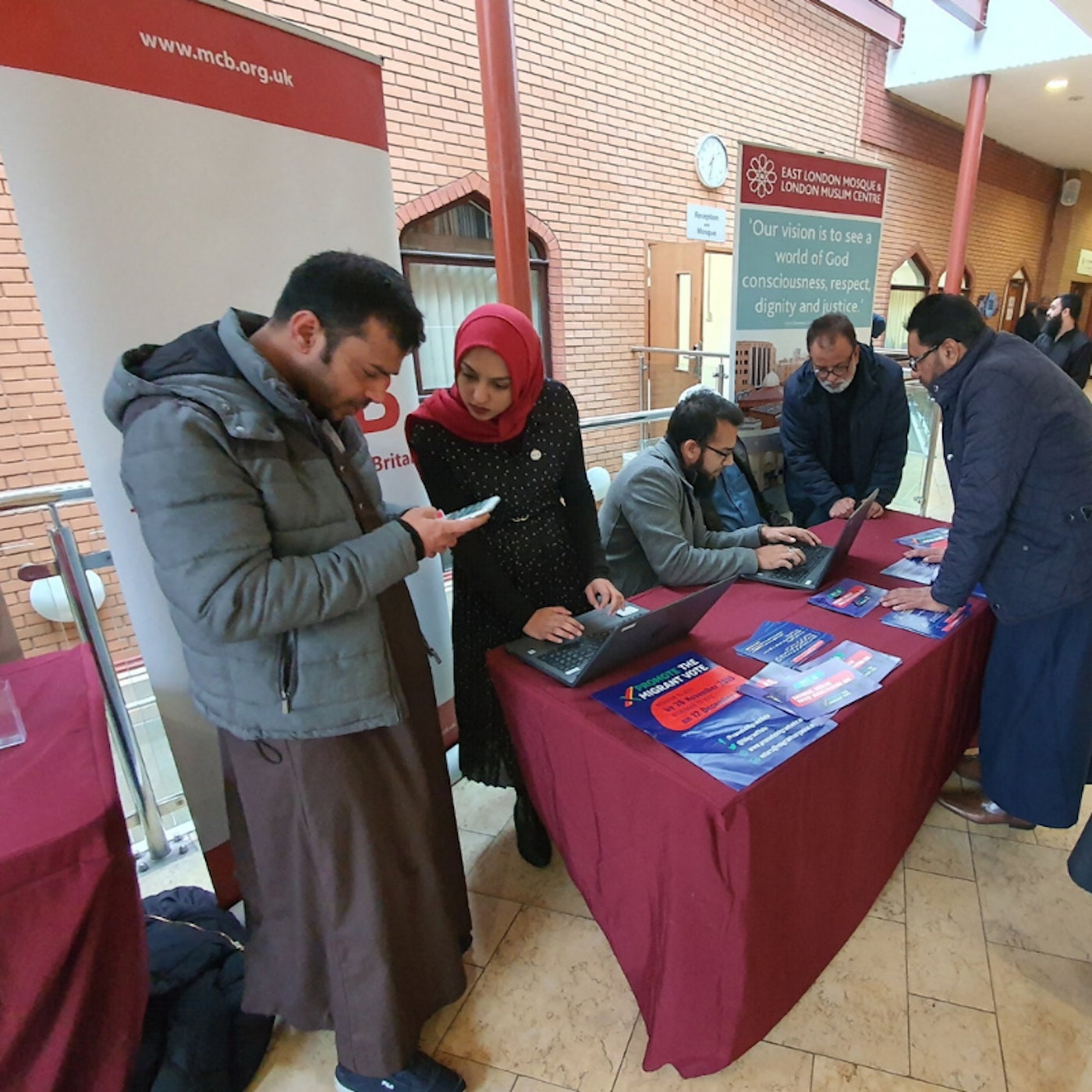 As the 2019 general elections loom closer Mosques in the UK have been holding voter registrations drives with the help of the Muslim Council of Britain. The drives are helping people sign up and register before the general election on the 12th of December.

Some Mosques that took part were:

Harun Khan, the MCB’s secretary-general, said: “As active participants in our society, Muslims – in all their diversity – can play a significant role in what may become a close election, and we hope that the parties listen and reach out to Muslim communities across the country to engage on issues of concern.”

The MCB said they are focusing on increasing Muslim voter participation and encouraging communities to engage with the election debate.

Are your friends & family registered to vote? Help them to do so before 26 November
We need to ensure that all Muslim voices are heard at this crucial election, our volunteers helped register members of our congregations after Friday prayer #MuslimsVotehttps://t.co/5Eabit3dtX pic.twitter.com/NjWjFSDUmf

Today my colleagues and I have been delivering leaflets and promoting #MigrantVote at local Mosques..#MuslimsVote is more vital than ever, we need to make sure our voices are heard! @MuslimCouncil Promote The Migrant Vote is a great initiative please support and share widely pic.twitter.com/3MHb8IFZqH

WATCH: Featured on @BBCBreakfast about the importance of Muslims registering to vote.

The imam at the masjid today said to not vote is still taking part in the system. So vote for the sake of the people and the living conditions for the Muslims.

"The party depends on poverty, social marginalisation and racist repression on the streets, across borders and in every public institution, to ensure that…students, Muslims and working-class communities – do not show up to vote" https://t.co/cugSuSw1VM

Politicians can agree to disagree on most things, but there's this one thing everyone can agree on…

Fab reception here at @DohaMosque for the #MuslimsVote registration day. Lots of buzz around the importance of making your voice heard, and some first time registrations! pic.twitter.com/JqNDelM7uY

Proud and excited that my local mosque @wliconline will be running our Voter Registration Drive tomorrow before and after both Jummah timings Insha’Allah 💪🏽 #MuslimsVote https://t.co/5N7gRptPej

I’ve registered to vote to make sure my voice is heard in #GE2019. Today, Muslims in Britain are facing huge challenges, and the election is one way we can be heard together.

Register to vote today – it only takes 3 minutes: https://t.co/gsshm7PoXf #MuslimsVote