The Evolving Art of Forgiveness: Why There Is Strength in Forgiveness

by Nazish Minhas in Relationships on 3rd December, 2019 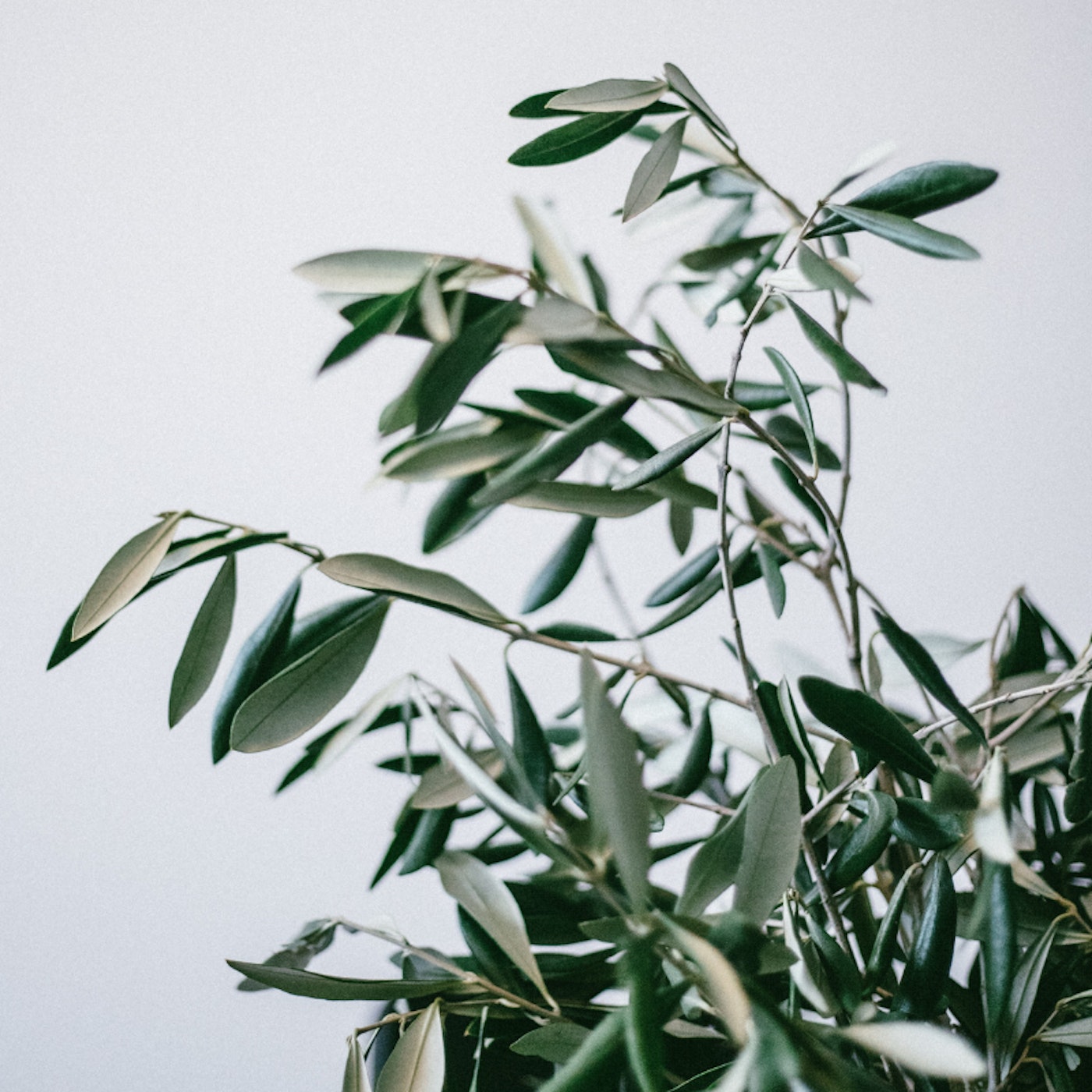 I recently had a row with someone close to me. The kind of row where, if I were to have an out-of-body experience and look at myself in the heat of the moment, I would think ‘what the f*** are you doing?’. The person standing there in that moment was not me, but a doppelganger who lives in my darkness and sometimes escapes to usurp my place.

The episode was mad and messy, and left both of us pretty bruised.

The source of the argument was something from the past that I was struggling to forgive. The other person had committed acts which had hurt me, not out of malice or malintent, but rather thoughtlessness and neglect. They had left me feeling small and unvalued, and although we were still friends, these feelings were still present for me, simmering beneath the surface of the ongoing flow of everyday conversation and interaction.

That being said, we had had a serious discussion about this only two weeks before the row, and it seemed to be settled and dealt with. So why did we row again? What was left unresolved that made me throw a grenade over lunch and cause this explosion?

Why was I not able to forgive this person?

I readily say to anybody who asks about my faith that God is at the heart of everything I do. He governs my behaviour, my intentions, my words, how I look at the world and my place in it. I aspire to fulfil the greatness I know He created me to be. As a Muslim, my faith in God is the titanium-clad rope which, like the thread which guides Theseus out of the labyrinth, is my fail-safe navigation through each and every circumstance, relationship, joy, sorrow, difficulty, comfort, and moment.

There is no doubt that forgiveness is a fundamental principle in Islam. At least three of God’s Beautiful Names are explicitly about forgiveness: Al Ghafur (The All-Forgiving); Al Ghaffaar (The Ever-Forgiving); and Al Afuww (The Pardoner, Forgiver). Several others allude to it: Ar Rauf (The Clement); At Tawwaab (The Ever-Pardoning, Ever Relenting); Ar Raheem (The Merciful). Furthermore, the Qu’ran is abundant with references and guidance on forgiveness; in its various permutations and derivatives, the concept is mentioned almost three hundred times.

The catalyst for my spectacular row made me reflect on how much I was really looking to God to govern my behaviour. I thought I was doing pretty well, but here I was, unable to forgive a wrong made without malice, so I must be missing or avoiding something – but what?

There are different types of forgiveness mentioned in the Qur’an – which again indicates to me the richness of this attribute.

’Say, “O my Servants who have transgressed against their souls! Despair not of the Mercy of Allah, for Allah forgives all sins, for He is Oft-Forgiving, Most Merciful’” (39:53).

‘The recompense for an injury is an injury equal (in degree): but if a person forgives and makes reconciliation, his reward is due from Allah, for Allah loves not those who do wrong’. (42:40)

‘O you who believe! Truly, among your wives and your children are (some that are) enemies to yourselves: so beware of them! But if you forgive and overlook, and cover up (their faults), surely Allah is Oft-Forgiving, Most Merciful’ (64:14)

‘We created not the heavens, the earth, and all between them, but for just ends. And the Hour is surely coming (when this will be manifest). So overlook (any human faults) with gracious forgiveness. For surely it is your Lord who is the Master-Creator, knowing all things.’ (15:85-86)

There are manifold lessons on forgiveness in these handfuls of verses alone.

What jumped out at me immediately was God’s forgiveness of me implies a ‘covering’ of my sins i.e., He knows they exist, but out of His Grace and Love for me, He covers them to make them invisible on my record of account. The promise is both humbling and overwhelming, and forgiving others gives me access to that (24:22).

Furthermore, forgiveness does not mean putting yourself in the same position to be wronged again! 64:14 tells me that I should be careful of enemies around me, even in my family. There is a misconception that forgiveness means being open to somebody hurting you again – it doesn’t. I have the right to guard myself against that harm.

Most importantly, forgiveness is not just a fundamental principle in Islam; it is an aspirational one, and it is here that I found what had been missing for me. It was the magnitude of forgiveness that scared me: in asking me to take on one of his Divine Qualities in heavily muted form, a pale reflection of His Nature, Allah SWT is challenging me to rise above my human nature by overlooking a wrong, turning over a page so I see only a blank one. He is asking me to step into that space that goes beyond human and heads toward the divine by completely and utterly erasing somebody else’s wrong, which would leave me defenceless against them.

You see, holding onto the wrong gives you leverage against the perpetrator. You retain a little chit which you keep in your backpocket in case you need to pull it out again and wave it in front of them to protect yourself by reminding them of the wrong done, even if that means hurting them. That leverage is protection, it’s like brandishing a flame torch in the dark against mean wolves. It’s an endless line of credit. That’s one justification for it anyway.

That is what I was doing, on that cold street in full view by a set of steely, scratched bike racks. I was waving a flame-lit chit in my friend’s face because I was scared. Not of letting go of what had passed, but of it happening again. So I held onto the wrong to put a safety barrier between myself and them.

One of the most common misconceptions is that forgiveness is a weakness – that you somehow lose power by forgiving somebody who has hurt you. It is in fact a huge act of strength, and the key differentiator is choice: if you forgive because you feel you have no power to take the revenge you want, it is a weakness; if you have a choice to do both but choose to forgive, which Allah SWT recommends, it is strength aided by grace. Forgiveness is an act of power.

Fear is a sticky web, and once tangled in it escape is difficult. But fear is also grounded in this world, and I found that only by looking to Allah SWT could I find some access out of it. If I look to others for a reward for forgiveness, there is a risk I may not find it, which is instinctively disheartening. However, if I trust that my reward is with Allah SWT and He will dispense it in the way that is best for me, then it becomes a much more comforting prospect.

Perspective also helps to make forgiveness easier. The role model for human conduct, the Prophet Muhammad (SAW), was an exemplar of generosity in forgiveness, including forgiving Warshi, the man who violently killed his uncle Hamza. It would be an almost improbable act of forgiveness for many, but the Prophet’s example lays down what is possible for any of us with complete conviction in Allah SWT.

A fearful heart is a small heart, one that contracts to give less, love less. To such a heart, a giant act like forgiveness seems too far beyond its limits. A strong heart, however, is a big one and is malleable to expansive acts like forgiveness. Every act which Allah SWT approves of, that is a reflection of Him, helps us evolve into our roles as His vicegerents on earth, and brings us closer to Him. Forgiveness is one of the more challenging acts because it significantly expands our hearts and takes us further beyond our profanity.

I thought I knew about forgiveness but I was wrong. I had been taking on the safe acts of forgiveness, but not the ones which really required generosity, grace, and trust in Allah SWT. I had been scared of being hurt, and also of stretching beyond my known limits. This painful argument, however, turned out to be a blessing in disguise as I learned about what was possible in forgiving, and also how it bolsters my identity as a Muslim. Once I let go of the fear of being hurt again and entrusted my affairs to Allah SWT, forgiving the past was almost immediate.

Nazish is a writer and lifelong Londoner with an addiction to big cities, good food, words, and enjoying solo life. IG: @birdflyingsolo