Intimacy in Marriage: 9 Things We Can Learn From the Prophet Muhammad ﷺ

by Chantal Blake in Relationships on 30th November, 2021 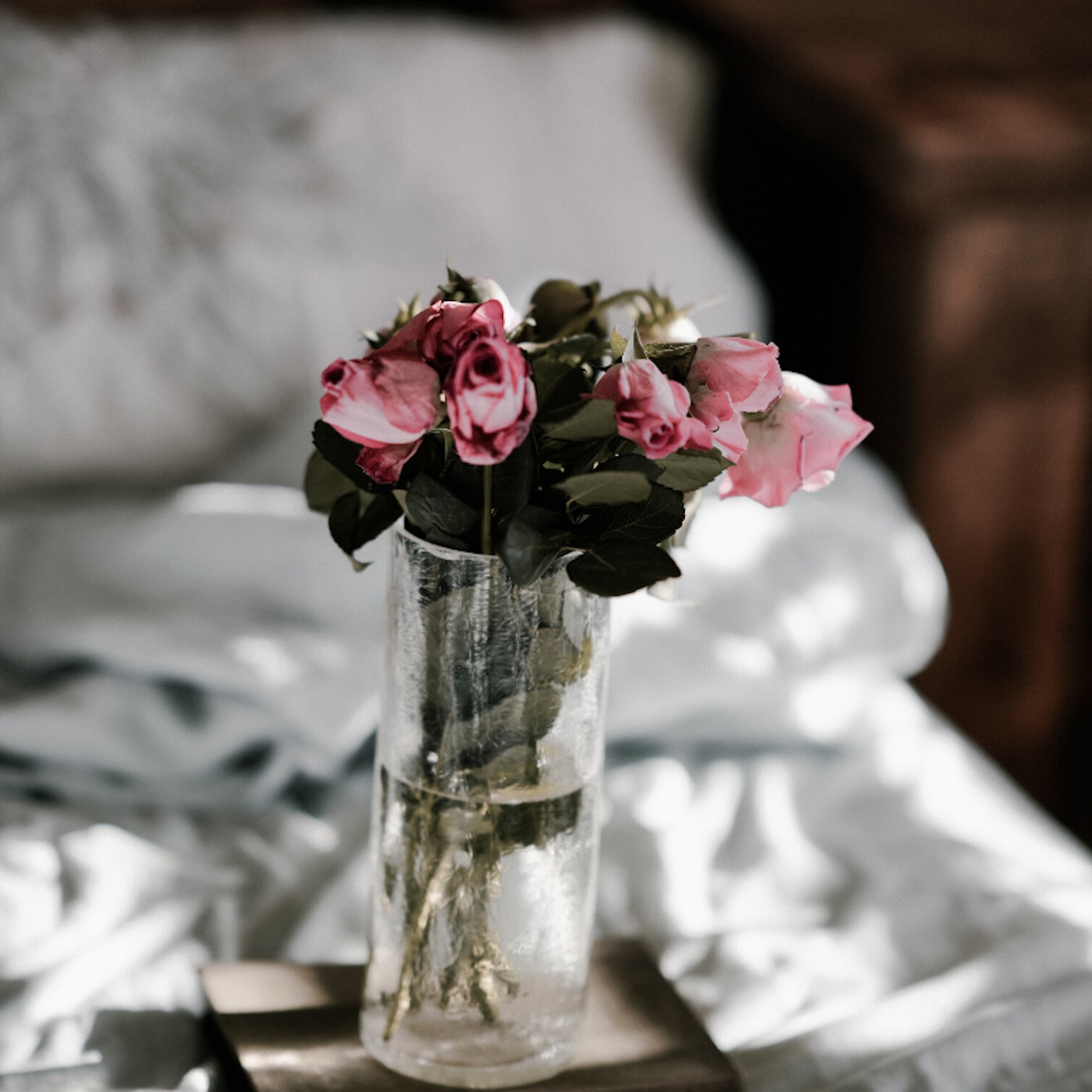 I’d never thought of our beloved Prophet Muhammad ﷺ as a lover.  A lover of God, yes. But as a lover, lover?  Not really.  His blessed life is a glistening example of an exemplary worshipper, servant, leader, nephew, father, and husband.  But the thought of him ﷺ as a romantic and intimately-involved spouse isn’t commonly discussed.  Yes, we’ve heard about his adoration, helpfulness and pursuit of affirmation and solace; but do we hear about him kissing his wife?  How he would rest his noble head upon his wife’s lap while she menstruated? Or the games and inside jokes he shared with his wife?  Maybe not.

Our predecessors and scholars have worked meticulously to examine, corroborate, and authenticate narrations of our Beloved ﷺ. They would count the white hairs in his noble beard, describe the manner of his every action, and cherish every article of clothing that ever touched his beautiful skin.  These narrations along with ahadeeth are well-known and widely translated into many languages. They offer us guidance and wisdom on how to elevate our seemingly mundane life to a glorious, worshipful, and intentional life worth living. Similarly, there are praiseworthy acts of obedience enjoyed in the inner life of husband and wife that we might neglect to shine the prophetic light upon as well.  However, these are the internal affairs that differentiate marriages that are merely contractual from those that are thriving, satisfying, and uplifting.

Looking at our beloved Prophet Muhammad ﷺ as a spouse, we can find instruction in the ways of love that are no less relevant today than they were centuries ago.

While circumstances may change, principles do not, and the following reminders show that the work of cultivating love is timeless.

When the Prophet ﷺ received Lady Khadijah’s marriage offer (RA) their relative circumstances were apparent to the entire community.  It was clearly known that the Prophet ﷺ was orphaned, of limited material means, and diligent at whatever task he undertook. It was similarly known that Lady Khadijah (RA) was widowed, a businesswoman, and the most sought-after noblewoman in Mecca.  Additionally, their character and integrity were widely recognised and added to the scale when evaluating each other as potential partners. In varied historical accounts, both were popularly known by esteemed titles in the community—Lady Khadija (RA) was known as Ameerat-Quraysh (Princess of the Quraysh) and At-Taahira (the Pure One), while Prophet Muhammad ﷺ was known as al-Amin (the Trustworthy). [Varied sources]

When the Prophet Muhammad ﷺ received the first revelation from Angel Jibril (AS), he was apparently shaken.  He found refuge in his wife, asking her to cover him. She was both his physical and emotional garment at a time of distress and unsteadiness.  She cloaked him but also affirmed him, reminded him of his worth, and believed in him when he doubted himself.

Lady Aisha narrated, “The Prophet used to lean on my lap and recite Qur’an while I was in menses.”

Together, Prophet Muhammad ﷺ and Lady Khadijah (RA) stood firm on the foundation of faith to uphold the commands of Allah.  Together they strove in the path of God’s pleasure and remained faithful in times of great difficulty. Obedience is both an inward and outward posture that nurtures a deep soul connection when shared between spouses.  Even though solitary contemplation and reflection occupied Prophet Muhammad ﷺ for long stretches of time, Lady Khadijah (RA) was his support both before and during the advent of prophethood.

Narrated Abu Hurairah: Jibril (Gabriel) came to the Prophet ﷺ and said: “O Allah’s Messenger! This is Khadijah, coming to you with a dish having meat soup (or some food or drink). When she reaches you, greet her on behalf of her Lord (Allah) and on my behalf, and give her the glad tidings of having a palace made of Qasab in Paradise, wherein there will be neither any noise nor any toil, (fatigue, trouble, etc.).”

Afif Kindi relates that ‘Abbas bin ‘Abdul Muttalib was a great friend of his and he used to visit him often in Yemen in connection with his perfume business. On one occasion when they were standing and chatting in Mina, they saw a handsome young man approach. He carefully washed his hands and feet and then stood respectfully with his arms crossed on his breast. Soon a dignified lady of noble bearing and a young handsome young lad joined him. ‘Afif asked ‘Abbas what they were doing and whether this was a new form of exercise. ‘Abbas replied that the youth was his brother ‘Abdullah’s son, and the lady was his wife.

Service to humanity was a hallmark of the prophetic life, but so was helpfulness in the home with child-rearing, mending clothing, and cleaning up after himself.  His great task as the Prophet of Allah did not prevent him from being a partner in domestic duties and care of the home.

Lady Aisha (RA) was asked: What did the Messenger of Allah ﷺ do in his house? She said: He was a human being like any other; he would clean his garment, milk his sheep and serve himself.

Hisham said, “I asked ‘Aisha, ‘What did the Prophet ﷺ do in his house?’ She replied, ‘He did what one of you would do in his house. He mended sandals and patched garments and sewed.'”

Eating from where his wife ate and sipping from where she sipped was a well-known practice of Prophet Muhammad ﷺ.  To do so, one must not only be present in sharing the company of a loved one but also diligent in watching them, observing them, and initiating a tender gesture. When Lady Aisha (RA) reports that the Prophet Muhammad ﷺ would lay on her lap while she menstruated or kiss her while he was fasting, we see a subtle yet strong message that her worth is not in her sexual availability but rather her entire being.  There can be affection and connection without intercourse.

Narrations about how Prophet Muhammad ﷺ played with his wife, Lady Aisha (RA), are abundant.  They would race each other, watch the cultural entertainment of others, and share inside jokes with one another. It is narrated that the Messenger of Allah ﷺ said:

“Every game a Muslim plays is futile except for archery, training one’s horses, and playing with one’s wife, for they are from praiseworthy acts.”

It is reported that the first thing the Prophet Muhammad ﷺ would do upon entering his home was use the miswak to clean his mouth.  His use of fragrance, attention to self-grooming, and personal hygiene enhanced the pleasure of being in his company.  Similarly, intimacy is cultivated by effort—effort to beautify one’s character, speech, and appearance.

I asked Aisha (RA), “What did the messenger of Allah ﷺ do first when he entered his house?”  She replied, “Use the siwak.”

“Four things are from the ways of the Prophets: modesty, applying perfume, using a siwak and marriage.”

Affection includes all of the loving acts and gestures exchanged between spouses paired with or without sexual intercourse.  The Prophet Muhammad ﷺ described marital relations as attaining the reward of charity [Sahih Muslim 1006] and forbade sexual engagement without foreplay [Al-Tibb Al-Nabawi, P.181].  Lady Aisha (RA) spoke of how our prophet ﷺ sucked her tongue while kissing her and he ﷺ counseled men to sexually satisfy their wives and not neglect their attainment of pleasure. Affection in all of its forms, both sexual and non-sexual, are critical ingredients for watering and strengthening the marital bond that we shouldn’t let shyness or cultural taboos deprive our unions of.

Examples of affection are advised in the words and actions of Prophet Muhammad ﷺ:

“None of you should come on to his wife like an animal; but rather there should be between them a messenger.”  It was said “What is the messenger, O Prophet of Allah?” He replied, “kisses and sweet words.”

“The Messenger of Allah ﷺ would kiss her whilst he was fasting, and he would suck on her tongue.”

True intimacy means seeing all of another and accepting them as they fully are.  Inevitably, circumstances will bring all of who we are to the surface, including our faults and shortcomings.  When the character and actions of our spouse don’t meet our highest ideals, it’s important to think of how Prophet Muhammad ﷺ was patient and pensive before responding to the anger, collusion, or ill character of his wives.  In no way does forbearing mean the acceptance of abuse or mistreatment, but it does mean thinking before one responds when the one we love errs. Imam al Ghazali details an entire chapter in his Ihya Ilum ad-Din about exercising patience with one’s spouse, realising that lapses in judgment do occur, but the prophetic model emphasises kindness, forgiveness, and gentleness.

Lady Aisha reported, The Messenger of Allah ﷺ said, “Indeed, I can tell when you are angry or pleased with me.” I said, “How do you know that, O Messenger of Allah?” The Prophet said, “Verily, when you are pleased, you say: Yes, by the Lord of Muhammad! But when we you are upset, you say: No, by the Lord of Abraham!” I said, “Yes, I do not leave out anything but your name.”

Lady Maimuna (RA) reports, “The Prophet ﷺ left from being with me one night and I locked the door behind him.  He came asking me to open the door and I refused to open the door. I said to him, “You go to your other wives on my night.”  He said, “I didn’t do that, but I had difficulty with my urine.””

Reviving the sunnah of marital intimacy is no less important than any other act of worship.

Divorce, though increasingly common, takes a toll on the individuals involved, their families, and communities.  Let us take time to study the ways of halal love, just as we study belief, worship, and spiritual purification. Because inevitably, fulfilling our human need to be wholly connected to another will enable a more balanced way of living our faith in our times.  For further study, be sure to check out Amaliah’s latest podcast, Lights On hosted by Angelica Lindsey-Ali (The Village Auntie) and the upcoming Sacred Sexual Health Summit hosted by Deeper Feminine.  Some cultures have polarised intimacy and piety, but for our marriages to survive in modern times, a return to the full, robust, and romantic Sunnah of marriage is our only hope.

Click the link below to hear Chantal read out her article for the #amaliahanthologyseries over on the Amaliah Podcast. Check out all of our previous episodes there too! You can stream the Amaliah Podcast over on Acast, Spotify, Apple Podcasts and wherever else you get your podcasts!