by Amaliah Anonymous in Identity on 3rd December, 2020 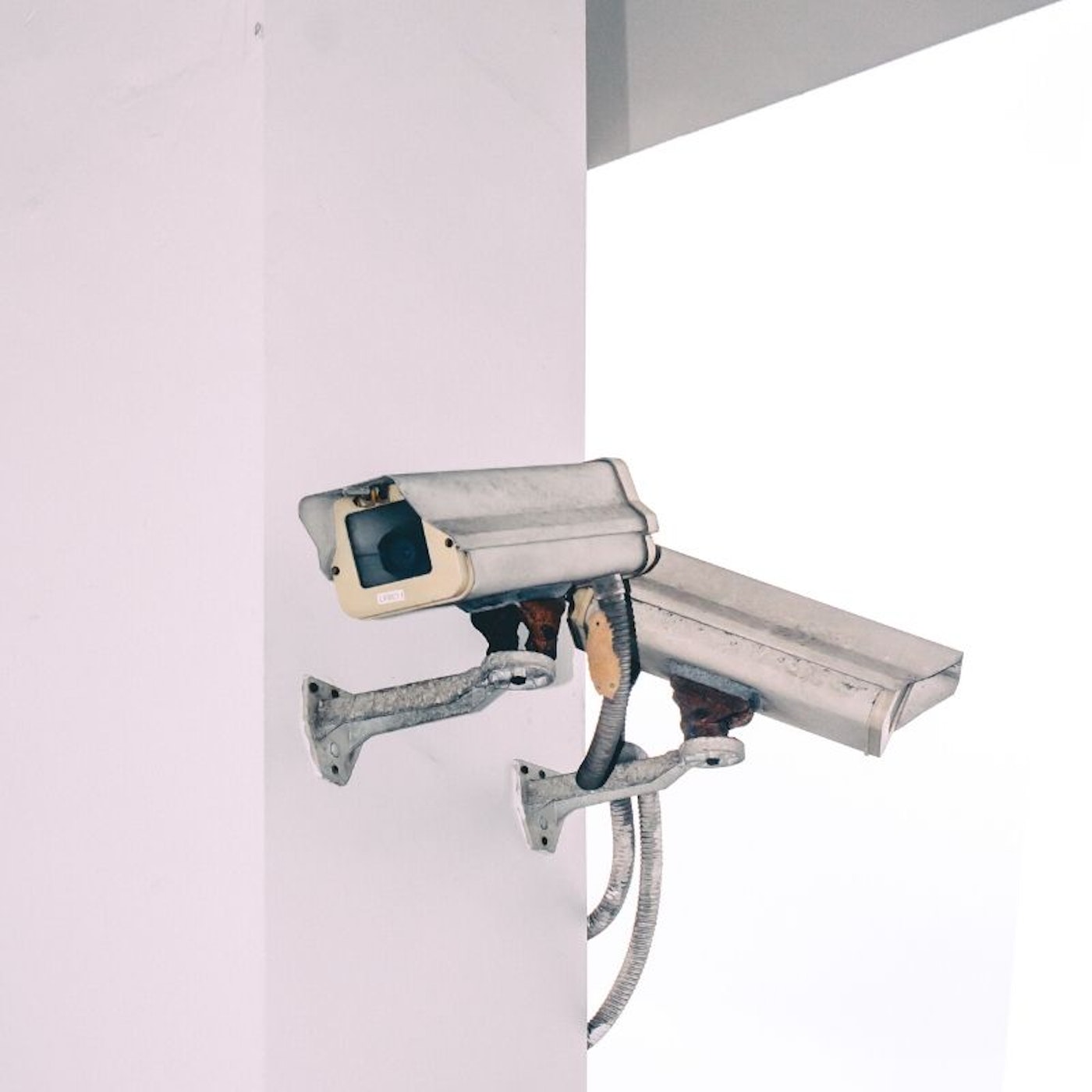 Published by Pan Macmillan in September 2019, Permanent Record is Edward Snowden’s life story. Discussing his childhood, the early days of the internet, and the path that led to blowing the whistle on the US government’s surveillance practices, the book reveals Snowden’s thought processes, motivations and ethos. It depicts a man with a strong moral compass, who showed courage, wisdom and intelligence to sacrifice a prestigious position for the public good.

I was in high school when Edward Snowden made the headlines. At the time I followed the story, but not in much depth – nor, I have to admit, with lots of interest. When I encountered Permanent Record, however, my interest was immediately piqued.

The book was everything I could have hoped it to be, and then some more. Not only does Snowden write in a gripping manner (and kudos to the editors for the excellent editing), but the subject of his writing is made accessible through various comprehensible analogies.

Amazingly, and what I didn’t expect at all, was that as Snowden reflected upon his life, I in turn perceived reminders pertinent to my beliefs as a Muslim; a parallel function of the book, I found, was its echoing of values and teachings relevant to Islam.

Almost everything Snowden wrote about resonated with significance to humanity at large, but with particular poignance for Muslims.

The very preface of the book sets this tone: Snowden writes about the questioning of life choices and about holding himself accountable in doing what he believes is morally right. I was stunned. For Muslims, the essence of this dunya is about accountability, about passing the ultimate test through obedience and righteousness. Such analogous perceptions can be made throughout the book.

The book is valuable not only for its exposè of surveillance and control, but also for its interesting – and sometimes amusing – tidbits, such as the description of the ‘good’ days of the internet: the time when the internet was organic and enlightening, before the downfall that is the ‘monetising’ of human connection and ‘surveillance capitalism’. Snowden reflects: ‘Back then being online was separate to real life. The two hadn’t merged yet. It was up to each individual to decide where one ended and the other began’. Now, of course, we live the very antithesis of this. There is no fine line between real and online; online is real and real is online. The very irony lies that in writing this review, I recorded my thoughts and noted thought-provoking quotes using the very technology being discussed.

As someone who pretty much grew up with technology as the norm, it was difficult to fathom Snowden’s expression that he couldn’t account for each and everything in the first nine years of his life (as it wasn’t digitised).

It reinforced just how entwined technology is in our lives, and also what kind of a role it plays in making us, through how we use and rely on it to preserve our memories.

This concept of memory brought with it another reminder relevant to Islam: Snowden suggested he couldn’t recall everything from early life as he had ‘only [his] memory to rely on’. This wholly reinforces the beauty of Islam: the miracle of the Qur’an, preserved by the Almighty in its original form for over 1400 years; and the meticulous recording of the sunnah and hadith, enabling us to understand, interpret and access our religion. All from a time where let alone technology, there was no electricity or printing presses in use.

Reflecting upon some of the trauma in his early life, Snowden shares his realisation of the riches it brought him: ‘The unexpected blessing of trauma –  the opportunity for reinvention – taught me to appreciate the world beyond the four walls of home’. This is a poignant perception of trauma – an opportunity to stop and take stock, to reinvent, to put things in perspective. In particular relation to Islam, we should reflect on hardship and trauma as a trial from Allah, a trial for which we must have sabr and also use as a means to come closer to Him.

Some sentences made me shiver: ‘When your equipment breaks down you’ll break down, too. Your possessions will possess you’. Aren’t we in fact in this very state of possession?

Crippled when our technology is down or the server crashes? Consumed by push notifications, updates, live events? Possessed by a demon so deeply entwined in our lives that to control our symptoms seems mammoth a task enough, let alone freeing ourselves of these shackles?

The eponymous idea of a ‘Permanent Record’ – brought up variously (perhaps slightly overdone, actually) throughout the book – is particularly poignant to Muslims. We shouldn’t need reminding of our permanent record. We should be aware of it, constantly. Our book of deeds IS our permanent record – of what is online and offline. Of what we do and what we say and what we think and what is in our hearts. There is no escaping this permanent record, a record we hope and pray that works in our favour on the day of judgement. Whilst Snowden warns of the permanent trail and imprint left of us via our technology, we too should remind ourselves of the permanent record we are leaving behind and be continuously mindful of it.

The surveillance that Snowden exposes is described as ‘a constant and indiscriminate presence: the ear that always hears, the eye that always sees, a memory that is sleepless and permanent’. In all honesty, it is going a step too far to believe this in a literal sense; after all, it is Allah alone that sees, hears and knows all.

However, the manner of the constant monitoring and surveillance that Snowden describes is the perfect parable for our position as Muslims, whose permanent records are defined in every sense, and will be testified to by our own limbs which will be given the power to speak on the day of judgement.

The difference, however, is that our permanent record has always been known to us.

There is no secrecy, no hidden agendas, no whistles to be blown.

Indeed, the very essence of Islam lies in acknowledging that Allah is omniscient and omnipotent and thus aware of our every deed and thought. We have been taught since a young age that all of our actions are being recorded in our book of deeds, which will be presented to our Lord on the day when we will be reckoned. And yet we neglect. We forget and we ignore. And this is where the Snowden saga is a helpful reminder that we should be constantly checking ourselves, and conducting ourselves in a way suitable of being permanently recorded.

The reason this book is so powerful, and so affecting, is due to a) its direct, declarative tone, and b) its accessibility through the use of analogies.

As for point a) the perfect example is that of the concept of hacking, the notion that Snowden commences his book with when he writes about the hacked his bedtime as a child. Snowden comes back to this idea of hacking at numerous points, uncovering hacks of various kinds. At one point, he states that hacking is not native to computing. Rather, it exists wherever rules do – and to hack a system requires getting to know its rules better than the people who created it – and then exploiting all vulnerable distance between how it was intended to work and how it actually works.

Like almost everything, there are clear positives and negatives to this, but from a purely Islamic perspective, let’s think about the hack given to all of us – the Qur’an and the sunnah of the Prophet SAW – acting upon which will make us ultimately successful in the afterlife (IA).

As for the content being made accessible through the use of analogies, probably my favourite analogy was the one of video games, namely Mario Kart. Snowden reflects upon the lessons that his gaming addiction taught him, and describes what he learnt from playing Mario Kart and its invisible window that allows travel only forwards; this, he says, indicates we can’t go back, but only forward in life: ‘Life only scrolls in one direction’. As Muslims, we should constantly be aware of this precious edifice of time, and be aware of our each and every action. We need to make use of each moment. There is certainly no going back – we cannot change our past actions – and so working in the present moment and preparing for our ultimate destination is of utmost importance.

Later on, Snowden addresses the issue of having no influence over the past:

‘All we can do is control our reactions – whether we let the past oppress us, or accept its lessons, grow, and move on’.

There are indeed numerous lessons to be learned from looking at the past: through reflection we can glean wisdom and lessons and allow it to inform our present. Looking at the past can help us to make better choices, and it enables us as Muslim to demonstrate to our Lord we are capable of changing and being better. We can use the trials and tribulations we have been through to make us stronger and wiser.

Ultimately, Permanent Record is worth taking the time out to read and reflect upon; not only is it valuable for its hair-raising, terrifying yet essential disclosures about the US government’s system of mass surveillance, but its functionality as a set of reminders for the Muslim ummah – such as their purpose in life; reflecting upon intentions and choices; and being ever-conscious of Allah – makes it doubly meaningful and important.