47% of Muslim Women Have Encountered Islamophobia and Discrimination in the Workplace, New Report Finds

by Amaliah Writes in Identity on 2nd March, 2020 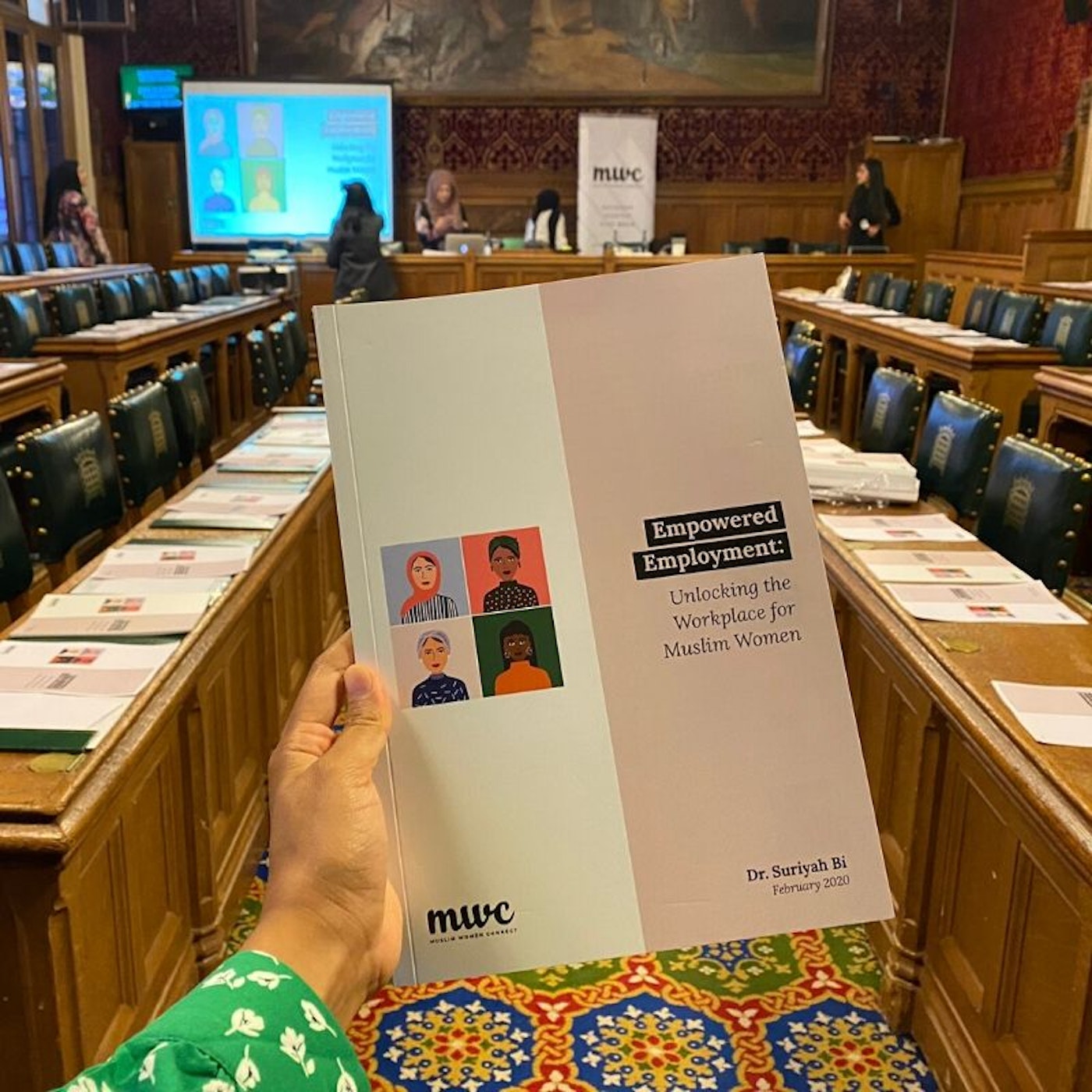 Muslim Women Connect (MWC), who run a mentoring programme to help Muslim women develop their careers has launched a 60-page report titled ‘Empowered Employment: Unlocking the workplace for Muslim women’. The report explored the experiences of Muslim Women in relation to their work and career development. The report states that “this is the largest and most comprehensive study of its kind to be conducted on Muslim women’s experiences of work and career development anywhere in the world.”

The report was authored by Dr Suriyah Bi, who over the past eighteen months conducted 50 interviews and collected 425 survey responses, alongside her final year doctorate at Yale’s Department of Anthropology.

On the 26th of February 2020, the report was launched in parliament, which saw the shadow foreign minister Afzal Khan in attendance. The full report is available to download on the MWC site with mentions of other supporting institutions such as Yale and SOAS.

We are delighted to support the parliamentary launch of @DrSuriyah‘s report “Empowered Employment: Unlocking the Workplace for Muslim Women.” pic.twitter.com/2deVUCh7qn

The report is significant due to the size and area which also contribute to dispelling broad generalisations and stereotypes that are made about Muslim women. The report has also celebrated the many strengths of Muslim women with the statistic that 84.2% of British Muslim women were actively engaged in the labour market and contributing to the economy.

The report will also be used to provide recommendations for employers, institutions, organisations and policy makers in the UK, the recommendations could help to prevent or reduce some other key findings such as a “loss of talent between the ages of 14-22”.

The participants were “British Pakistanis at 37.4%, followed by British Bangladeshis at 15.8%, and British Indians at 12%, which is synonymous with the settlement size of the respective communities. In descending order of participants ethnicities represented included, Black British African (9.9%).”

The key findings that stood out were:

In response some of the key recommendations for employers, education providers and organisations for Muslim women:

The report also highlighted that near enough half of those who participated experienced Islamophobia and discrimination in the workplace. Rukasana Bhaijee, senior manager of diversity and inclusion at Ernst & Young UK&I,  commentedat the event:

“we need to create a culture of belonging,”

This also confirms that workplaces have significant challenges in creating an inclusive environment and that the report can contribute to understading what is needed to bridge the gap.

“No woman should face discrimination because of her gender, religion, race or any other factor. Yet as this Report shows, Muslim women do. The ordinary hurdles faced by women intersect with religious prejudice and with race to undermine the life chances of women from Islamic traditions. This is an important report by a fine scholar and it should inform everyone who wants to create an inclusive and just society which respects human rights. “

The report suggest the following:

“Employers must issue clear guidelines as to the behaviours that constitute as Islamophobic, anti- Muslim, and/or racist and to ensure that these guidelines are read by each employee. Employers must also categorise and treat such abuse as forms of ‘gross misconduct’, and take the relevant steps to address such incidents.”

“In parallel to this, employers must offer support services for employees that have been affected by Islamophobic abuse, and instill a positive and assisted culture of reporting such abuse.”

There was support across social media for the report:

🔹 Prayer rooms, raise awareness about Ramadan and encourage colleagues to try fasting
🔹 Muslim Women are here, and are economically active
🔹 Download the report from the @muslimwomenc website for more recommendations and solutions.

This report by @DrSuriyah is an important read for those responsible for setting the tone in their workplaces.

Nearly half of the women who responded to her survey had experienced Islamophobia in the workplace and too many faced multiple barriers to progression. https://t.co/0HvD7ObKBc

"We need to create a culture of belonging for all.

When you truly feel like you belong & have a voice, you’re more productive, creative & innovative.

Psychological safety means you can perform better."@RukasanaBhaijee (Senior Manager of Diversity and a inclusion at @EY_UKI) pic.twitter.com/EB6mhyMyNf

“As Afzal Khan, Labour MP for Manchester Gorton, pointed out at the launch, an applicant’s name alone can dampen their chances of getting an opportunity”. https://t.co/2tQ4F8v61R

"Muslims are here. We are economically active, we will continue to have a voice and presence." @RukasanaBhaijee

"Whenever you want to do things in life, there will always people that say, ‘no, this isn't the right time for you' or 'it will be too difficult' – don’t listen to them. Do what you want to do. If you really want to achieve something – you can do it." @YasminQureshiMP