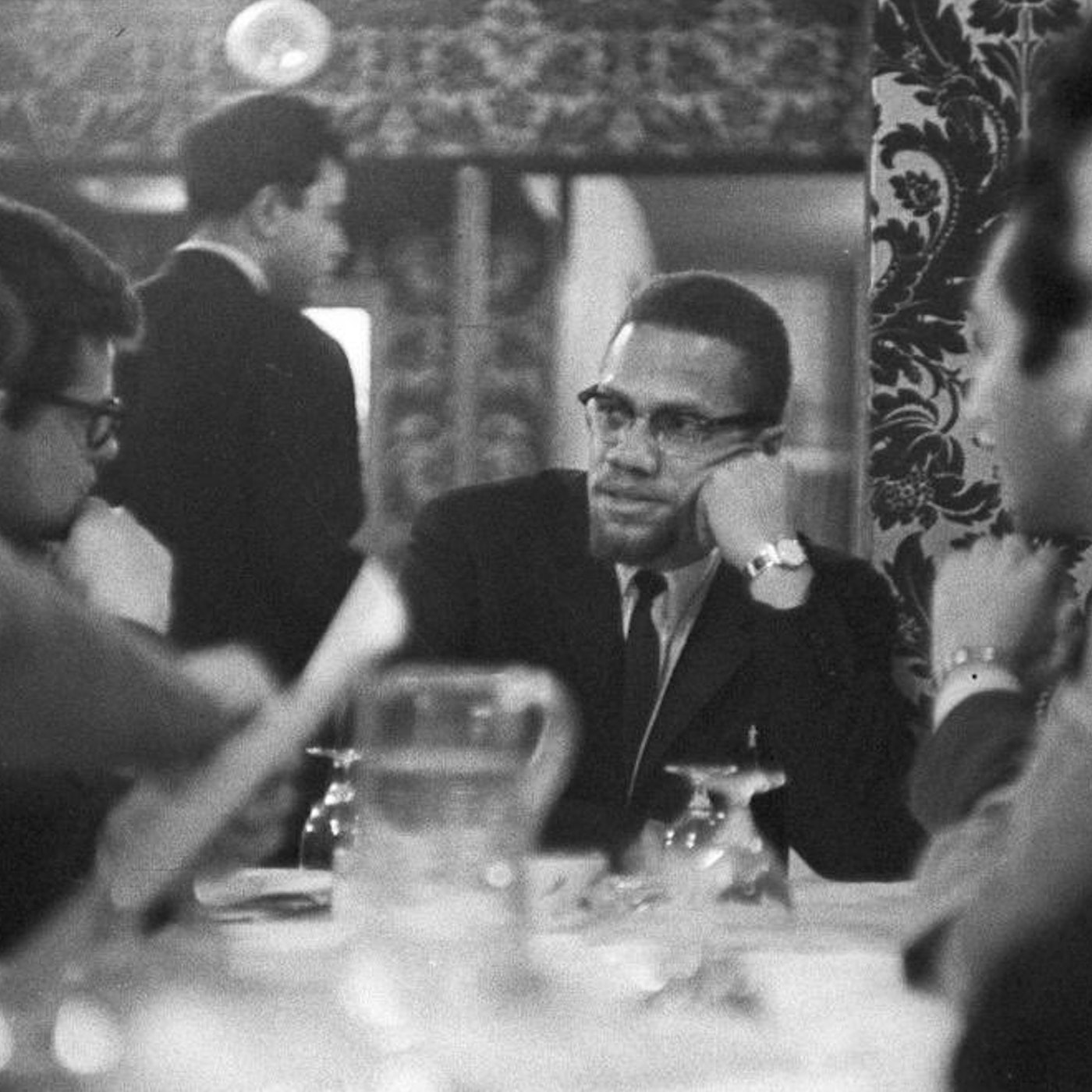 As the fifty-fifth anniversary of Malcolm X’s assassination passes, Everyday Muslim has made an appeal to Muslims in Britain and worldwide to help document Malcolm X’s visits to the UK. There are images of Malcolm X in at a Bangladeshi owned curry-house called “Chamon” in Selly Oak alongside peers, this visit was days before his assassination. 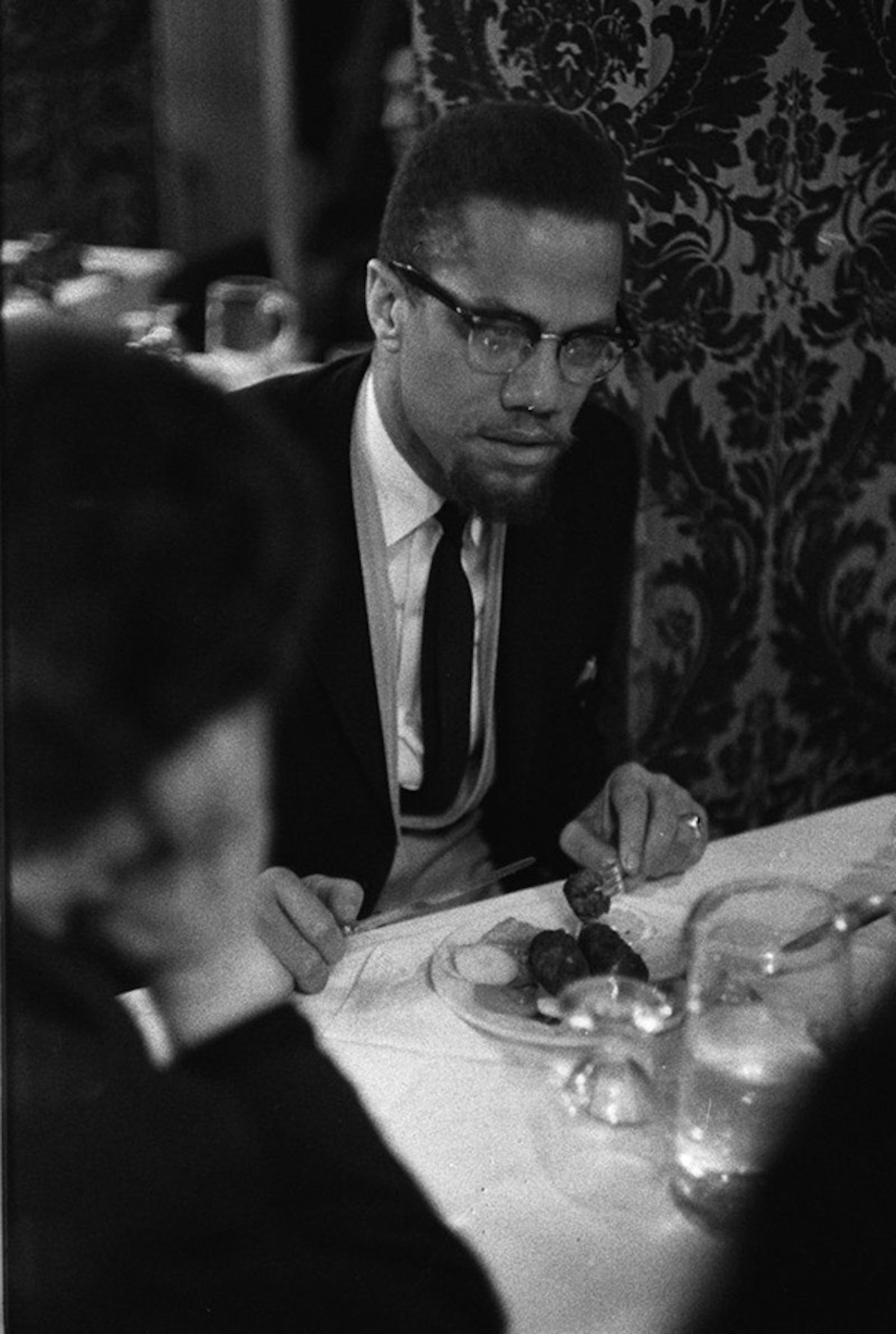 There is also a newspaper clipping from University of Birmingham’s student newspaper Redbrick, tweeted by Mohammed Ali Aerosol @aerosolali, originally published on 17th Feb 1965 about his lecture during this visit. 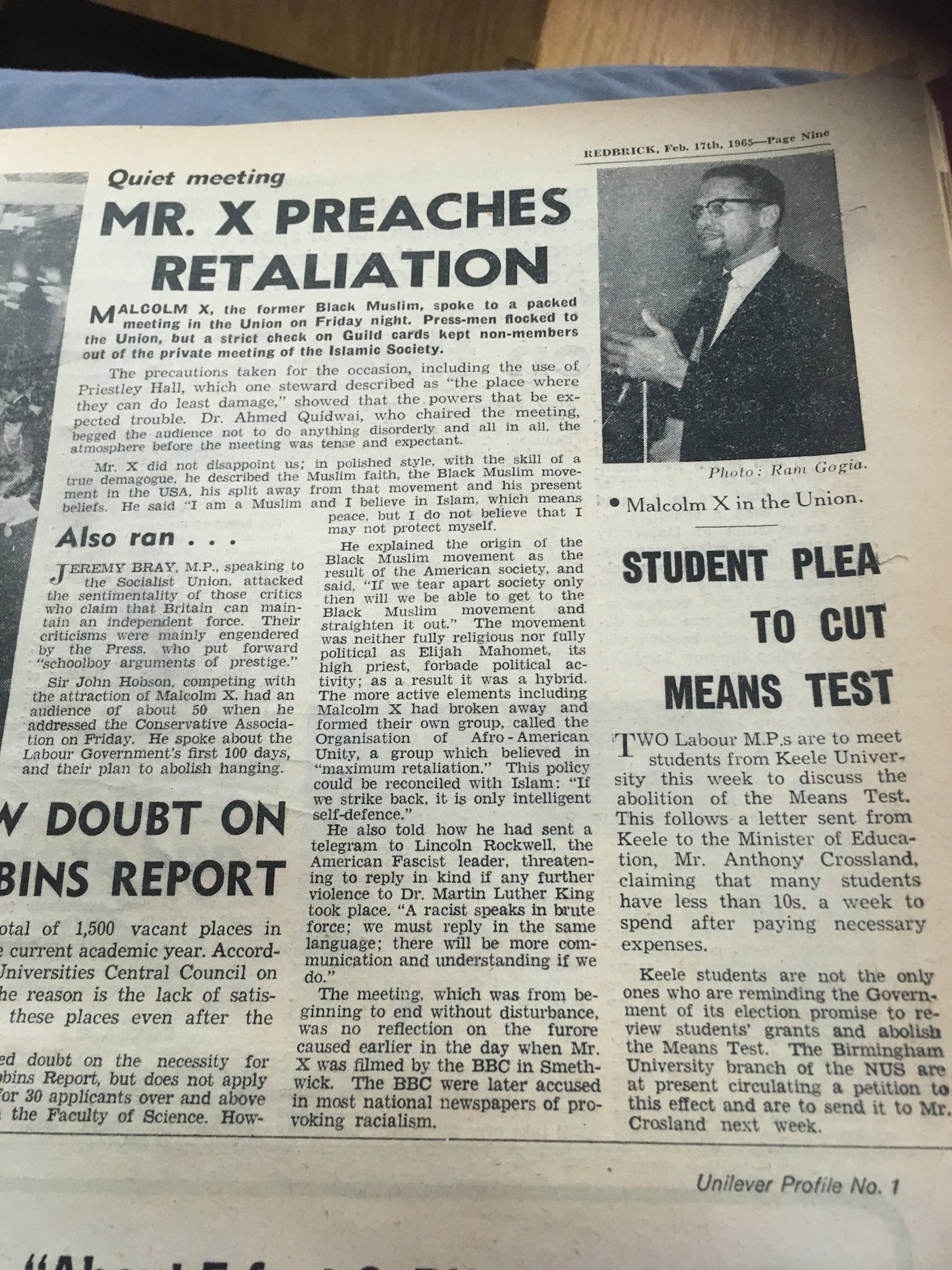 The appeal asks anyone who met Malcolm on his UK visits, or whose parents or grandparents met him, to share their memories, their photographs, and any other documents to help Everyday Muslim preserve this precious history so as to inspire us and future generations. 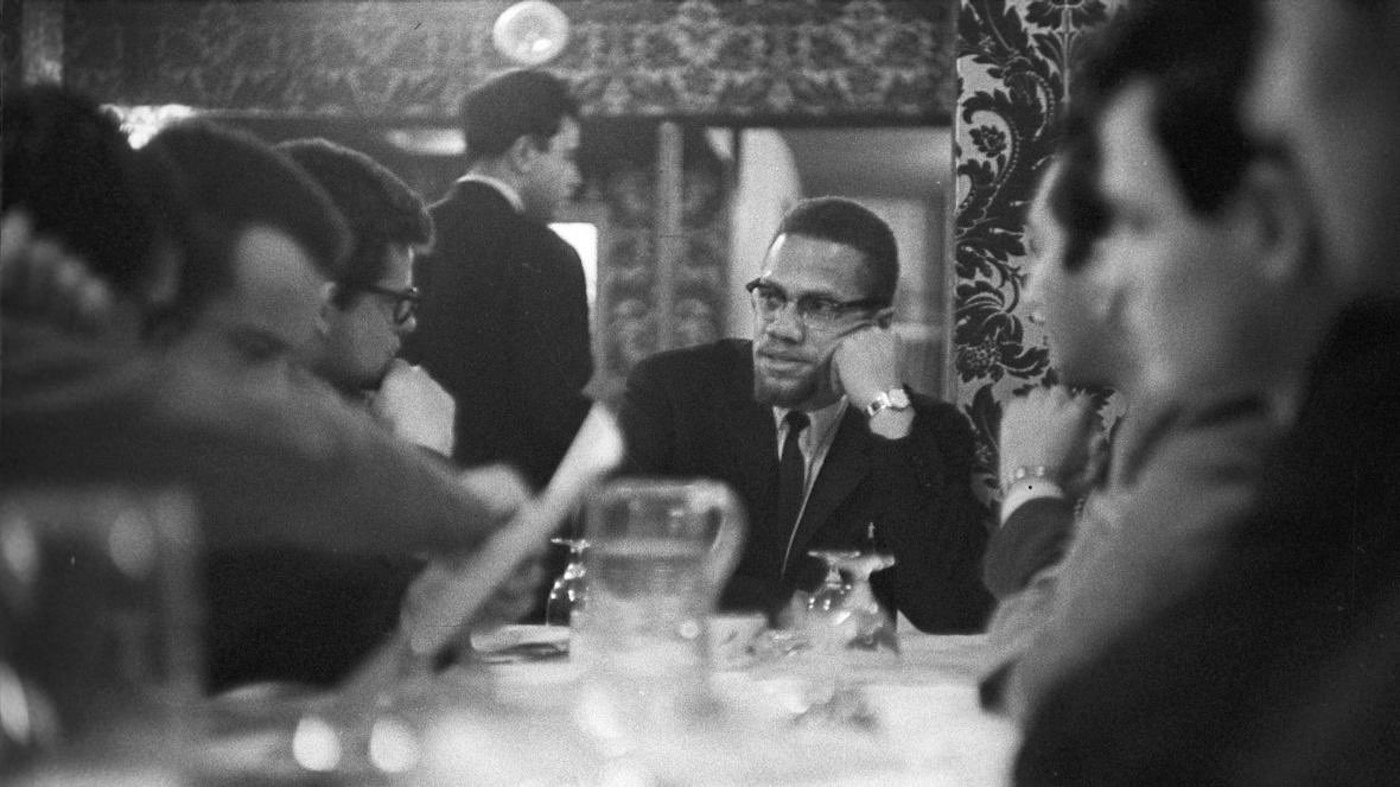 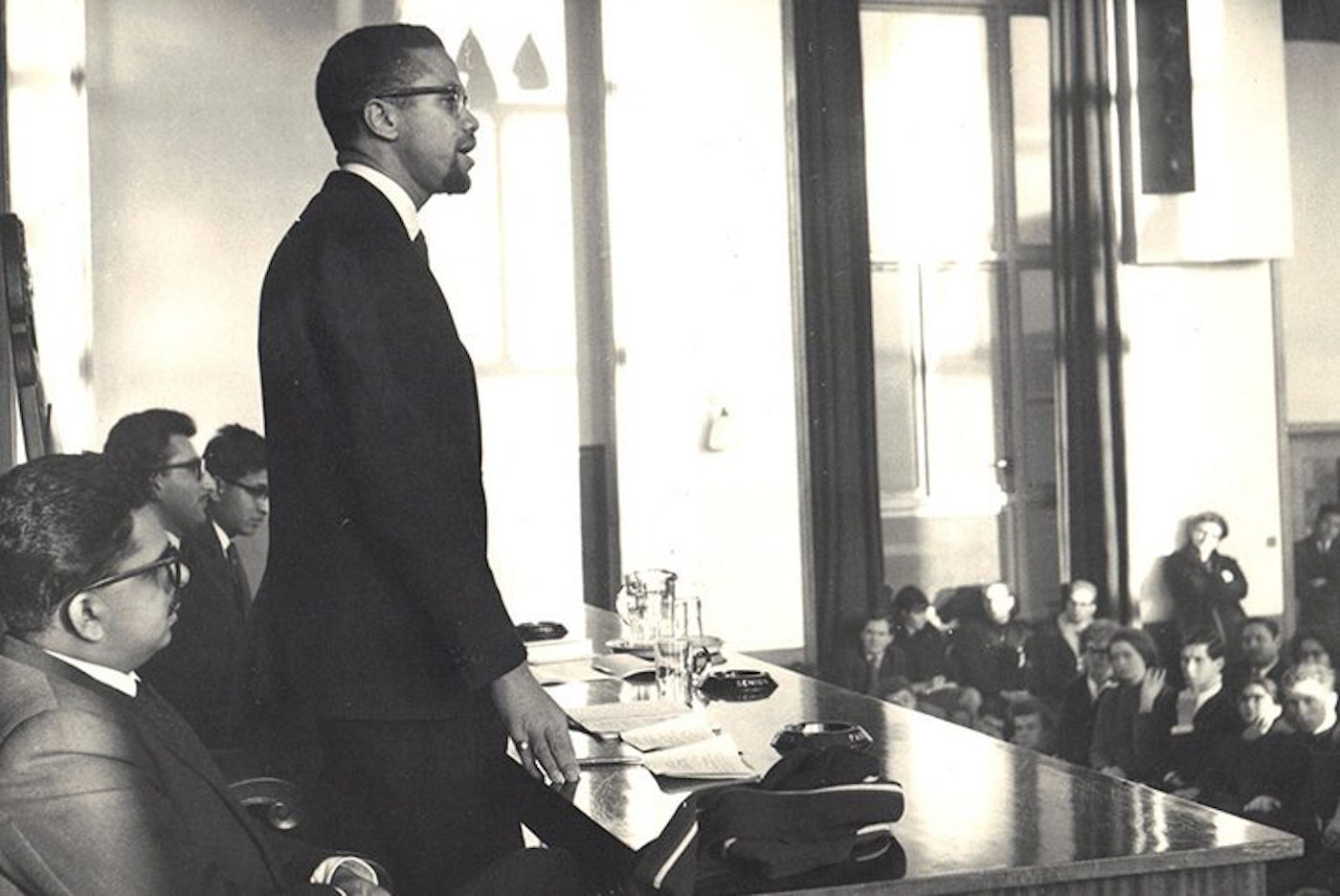 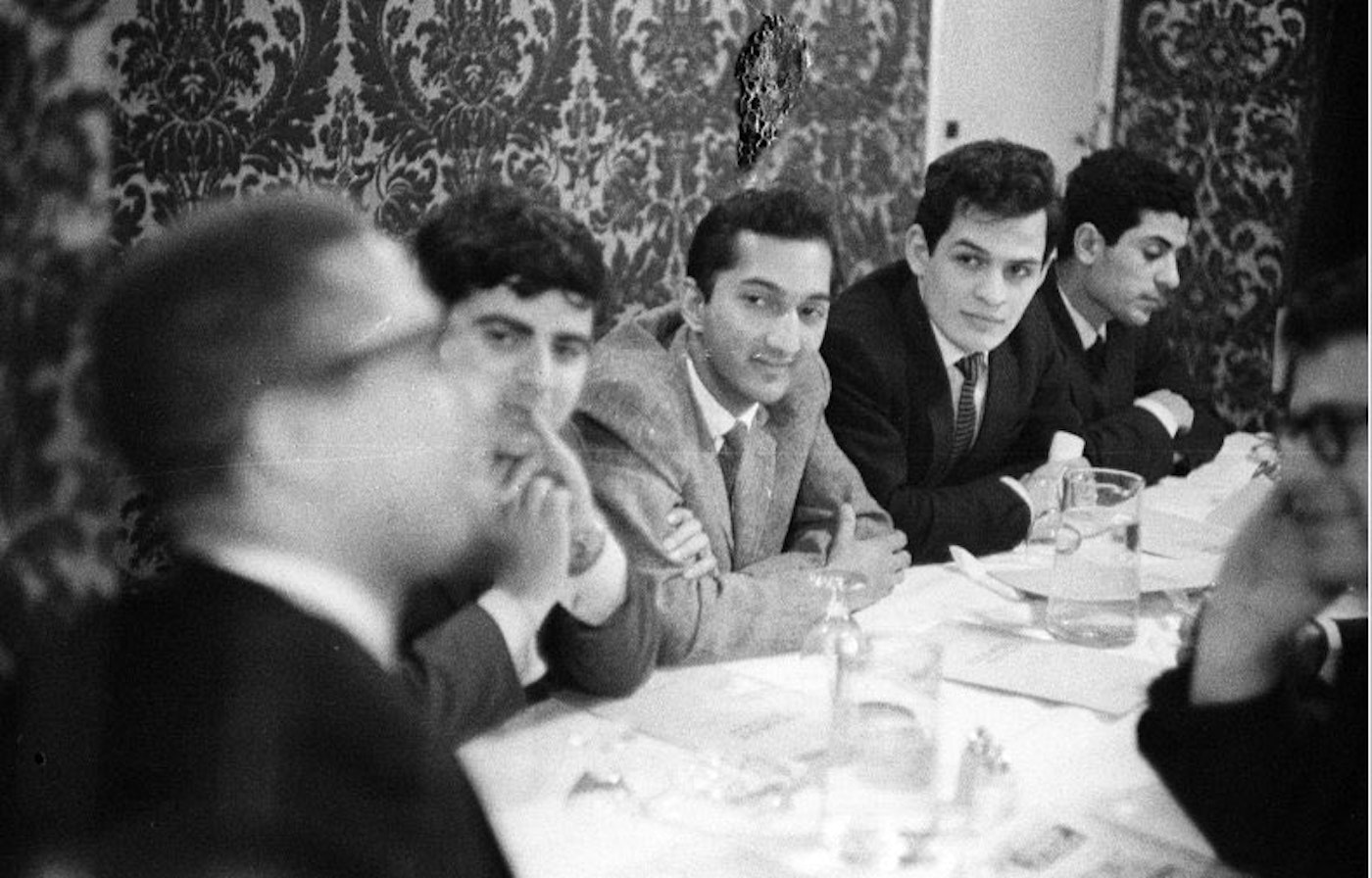 As well as, creating physical collections of archives, the objective of the project is to educate and empower the Muslim community in the importance of creating tangible connections between their Muslim heritage and the representation of their identity in the wider society. 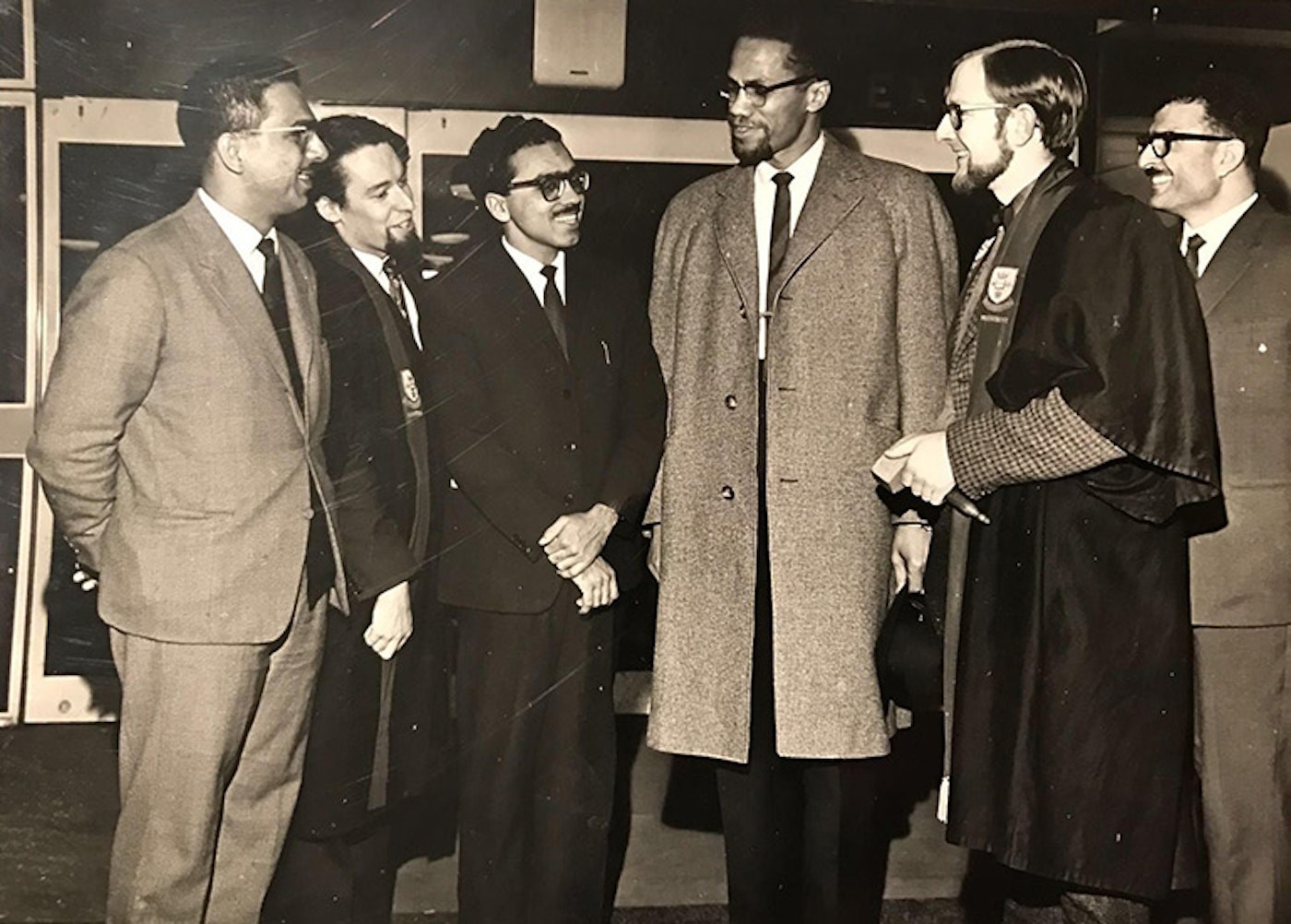 “We know that Malcolm X met frequently and extensively with Muslims in Britain on all four occasions that he came here. He visited and prayed at the Islamic Cultural Centre in Regents Park three times, spoke at Malaysia Hall twice, and offered Friday prayers at the Manchester Central Mosque. Malcolm stayed in our homes, he attended our mosques, he ate in our halal restaurants and he worked with our community builders and activists.” – Everyday Muslim

Last year Amaliah was honoured to join Everyday Muslim as they launched the UK’s first Muslim cemetery trail to highlight the Islamic legacy that that began with the establishment of Britain’s first Muslim Burial grounds at Brookwood Cemetery in 1884, pre-dating the wave of Muslim migration to the UK. The graves of Meccan Princesses, Lords and Ladies are amongst hundreds of Muslim dead at Britain’s first Muslim burial site in Brookwood Cemetery, which holds, and they’re finally being put on the map by the amazing Everyday Muslim Heritage initiative, who’ve organised the UK’s first Muslim cemetery trail to commemorate the legacy some of these notables have left for the Muslims of Britain.

The information appeal asks for gaps to be filled around particular moments to gain knowledge about Malcolm’s interactions with Muslims in Britain. These include:

More details of these timelines can be found here. If you have any information to share please email [email protected]