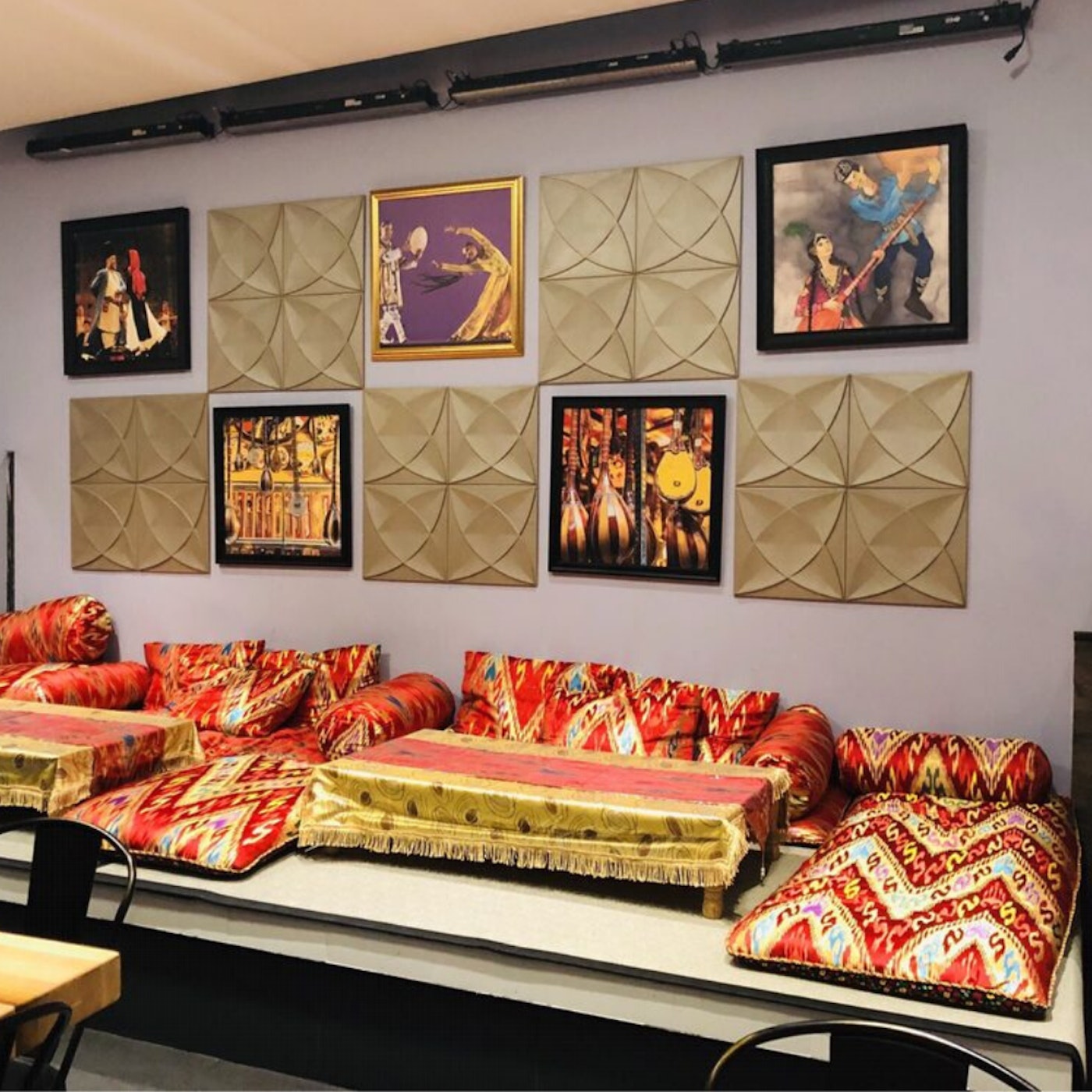 Hana Manadath profiles four individuals fighting to keep Uyghur culture alive through food and fashion as well as those doing advocacy work to bring further awareness to the situation. With the Uyghurs in China facing difficult and opressive living conditions along with reports of detention camps being built and run in China. Many Uyghurs across the globe including the UK have been cut off from their families who live in China.

Naeem Jan says each customer he serves at his restaurants leaves knowing something about the Uyghur culture. At each of his three establishments, the noodles are handmade and the walls are covered in vibrant Uyghur paintings. 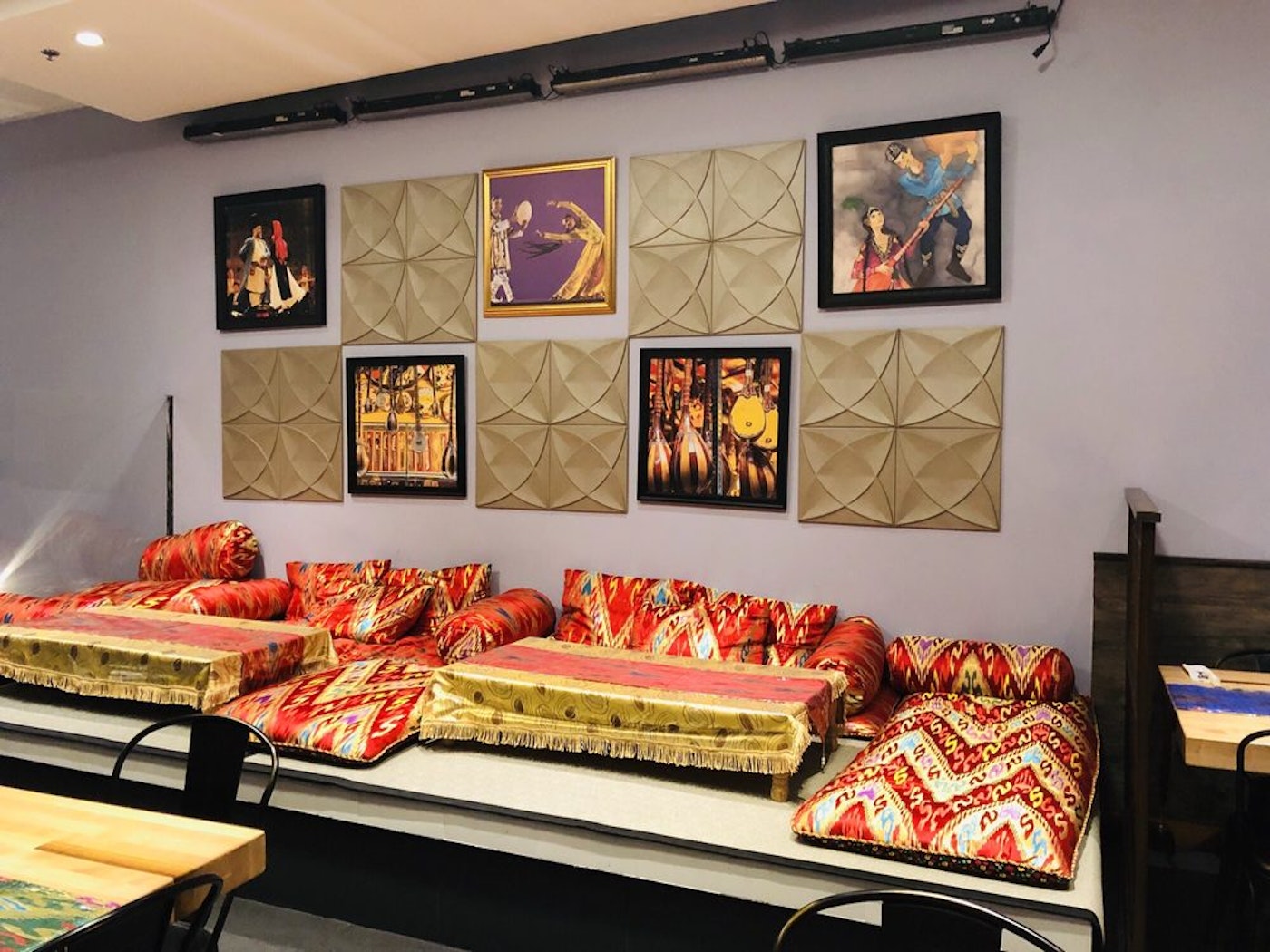 And in a true testament to being a Muslim-owned business, the bar serves 40 types of tea, instead of alcohol.

“Each time two Uyghurs meet – in any part of the world – a new East Turkestan is born,”

Shares Jan, I’m proud to say this place doubles as a safe meeting spot for Uyghur activists. The best ideas are created over a bowl of lagman.” 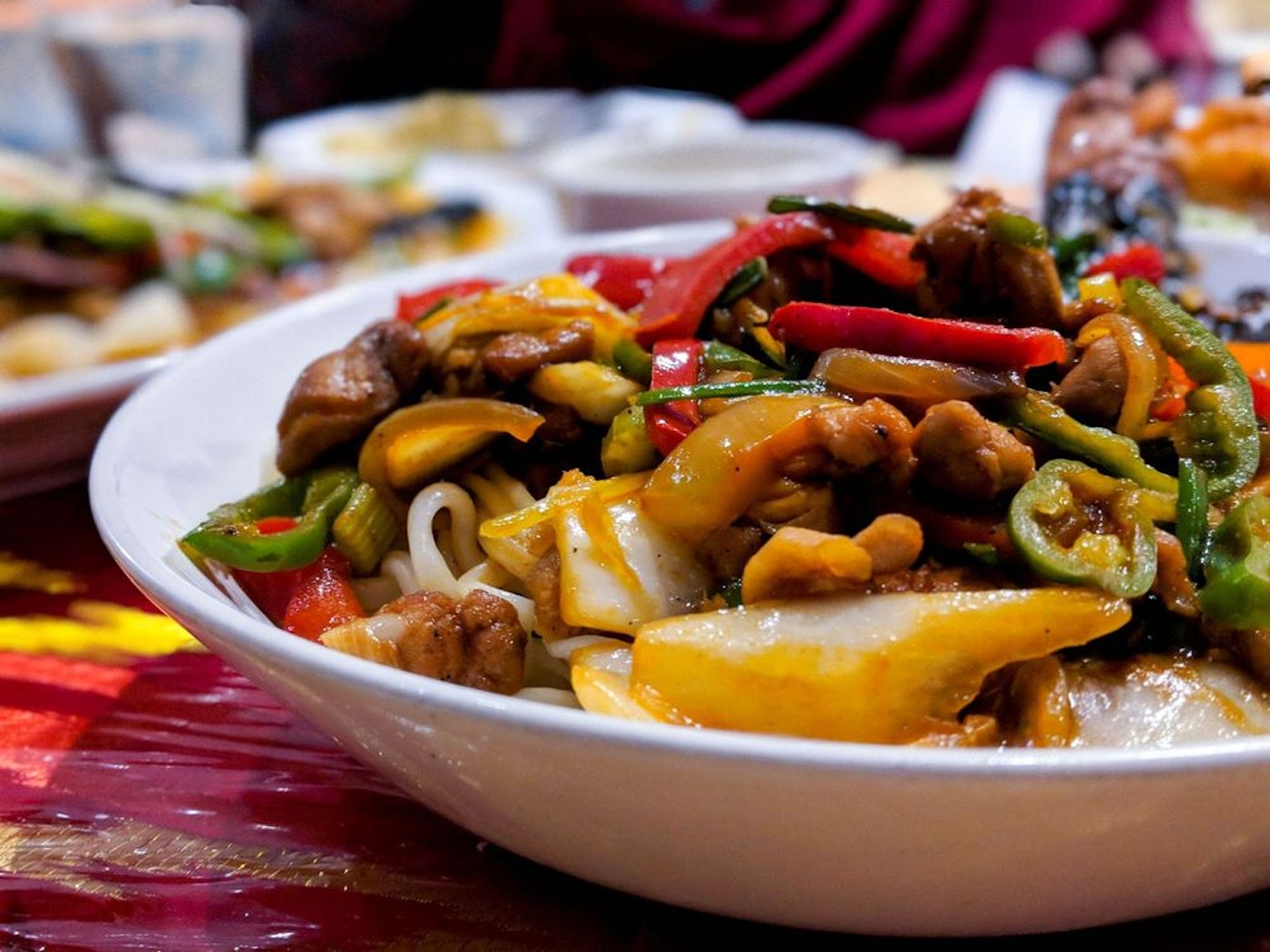 Jan opened Eerkin’s Uyghur Cuisine in Washington D.C. with the intent of preserving and sharing Uyghur culture in the Washington metropolitan area, which he estimates is home to 2,000 Uyghur families. Like many Uyghur elders, he fears that he will be the last of his lineage to step foot in their homeland.

Activism is a way of life for Uyghurs

For the Uyghurs diaspora, activism is a way of life. From organizing protests and presentations to writing books and showcasing Uyghur culture on social media, the Uyghur diaspora aims to shed light on the persecution of Muslims taking place in the Xinjiang province of China. Thousands of miles away from their homeland, Uyghurs are uniting to draw international attention to the plight of their people while keeping their distinct culture alive.

Orders from Chinese officials left no room for interpretation. Members of Xinjiangs Muslim minority — the Uyghurs — became the target of the Communist Party’s social re-engineering campaign. This is how China’s very own war on terror expanded: quietly and viciously, subject to no international pressure.

Muslims have long faced discrimination in the region, although surveillance and internment drastically expanded in 2014. According to the United Nations, more than 1 million Uyghurs have been placed in internment camps.

Beyond that, footage has surfaced from Xinjiang, showing detainees being forced to renounce their faith, children being placed in state-run orphanages, and Uyghur cultural sites being destroyed. The Chinese government maintains the camps are voluntary vocational programs designed to combat religious extremism.

Despite the Chinese government’s efforts to quell dissent, Uyghur advocacy can be found in unlikely places, such as a quiet college town in Wisconsin. Ali Khan is a senior at the University of Wisconsin-Madison and a founding member of Action for East Turkestan. A longtime member of the Muslim Student Association, Khan saw a need for a campus group that advocates specifically for Uyghurs.

“From Palestine to East Turkestan, we deserve rights too.” . Recently, representative Ilhan Omar has been facing backlash for speaking up about Palestinians and their struggle against the Israeli Zionist state. On the other hand, representative Marco Rubio has been celebrated for his legislation supporting Uyghurs and other Turkic Muslim minorities in Xinjiang against the People’s Republic of China’s control. Why is it that in the American political sphere it is acceptable to speak up against China’s oppression towards Muslims, yet unacceptable to point out Israel’s oppression towards Palestinians? Oppression is oppression. Everyone deserves human rights, regardless of geopolitics. . #closethecamps #eastturkestan #uyghur #xinjiang #activism #photocampaign #PassUyghurHumanRightsAct2019 #humanrights #china #palestine #palestinian #freepalestine #muslim #islam #istandwithilhan #ilhanomar #marcorubio #americanpolitics #doublestandards #oppressionisoppression

A post shared by Action for East Turkestan (@actionforeastturkestan_uw) on Mar 6, 2019 at 5:32pm PST

“Students are willing to speak up about the Uyghur issue once they are aware. Although the Uyghurs face unique challenges, their struggle is similar to that of Palestinians and Kashmiris, which are groups many Muslim students already know about,” he said.

Action for East Turkestan has hosted numerous events, such as a Nowruz festival, the Persian New Year’s festival celebrated by Uyghurs. Although there are Uyghur students in the group, Khan said they prefer to keep their identities hidden, fearing their families in Xinjiang may face backlash.

Intezar Elham is a second-generation Uyghur-Australian activist. She comes from a tight-knit family in which their Uyghur heritage is a point of pride. At a young age, Elham’s parents taught her how to sing in the Uyghur language and this has remained her favorite way to stay connected to her culture.

Elham works as a chiropractor in the southern city of Adelaide, and is an active member of the East Turkestan Australian Association. Last year, she launched the Uyghur Atlas shirt campaign; the initiative raised over $27,000 for Uyghur advocacy groups by selling t-shirts with traditional Uyghur patterns. Elham also runs the Instagram page @touchofturkestan.

“Social media is a great educational and fundraising tool for Uyghur activists. My Instagram page started off as a hobby, but I’ve gained over 2,000 followers. We make our voices heard over social media because the mainstream media doesn’t do us Uyghurs justice,” she said.

When Jewher Ilham isn’t busy organizing protests, she is working on her upcoming documentary, “Static and Noise.” As an activist based in D.C., Ilham has committed her life’s work to shedding light on the oppression of her people. Among those stuck in camps is her father, Ilham Tohti. Tohti is a professor but is now serving a life sentence for separatism charges.

“When I moved from China to the United States in 2013, I didn’t know what human rights were,” she said. “But I was forced to learn quickly after my father’s baseless detention.”

Ilham made a name for herself as a human rights activist through interviews, social media and op-eds. The most personal manifestation of her work is her biography, “Jewher Ilham: A Uyghurs Fight to Free Her Father.” 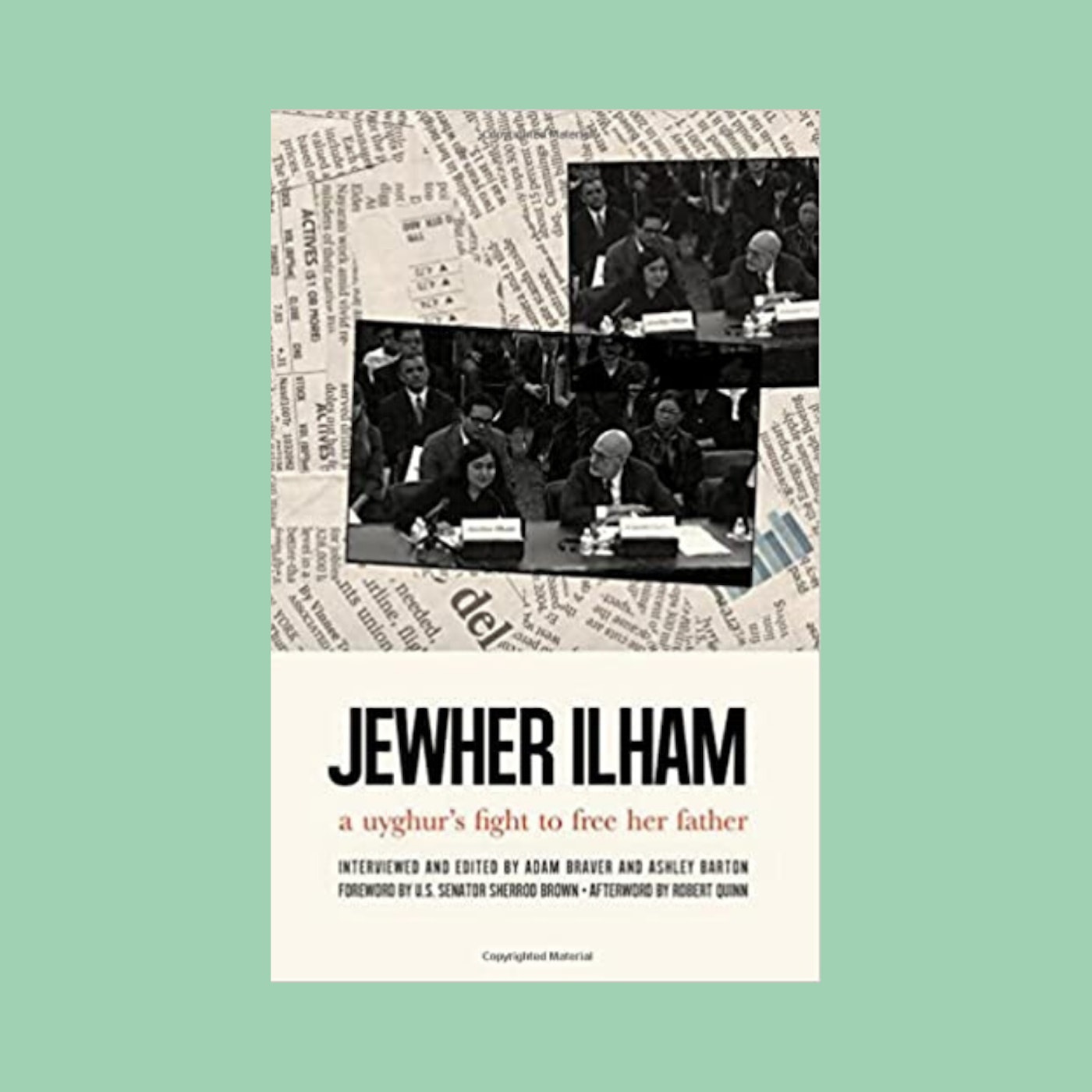 In Turkey, the president of the East Turkestan New Generation Movement has a message for both Muslims and non-Muslims alike: support us. Abdüsselam Teklimakan is an activist at Marmara University in Istanbul. Teklimakan fled China in 2000 with his parents. His voice shakes when he shares how he has been unable to contact his relatives who are still in Xinjiang, since the crackdown began.

“Uyghur activists all over the world are working to save our identity. Support us. Even Chinese people can support us. But many are brainwashed by the communist government and don’t realize that even they don’t have rights,” he said.

Teklimakan travels throughout Asia and the Middle East to deliver talks on the oppression of Uyghurs. Although he does not envision liberation for East Turkestan within his lifetime, he takes pride in sowing the seeds of resistance for the next generation. 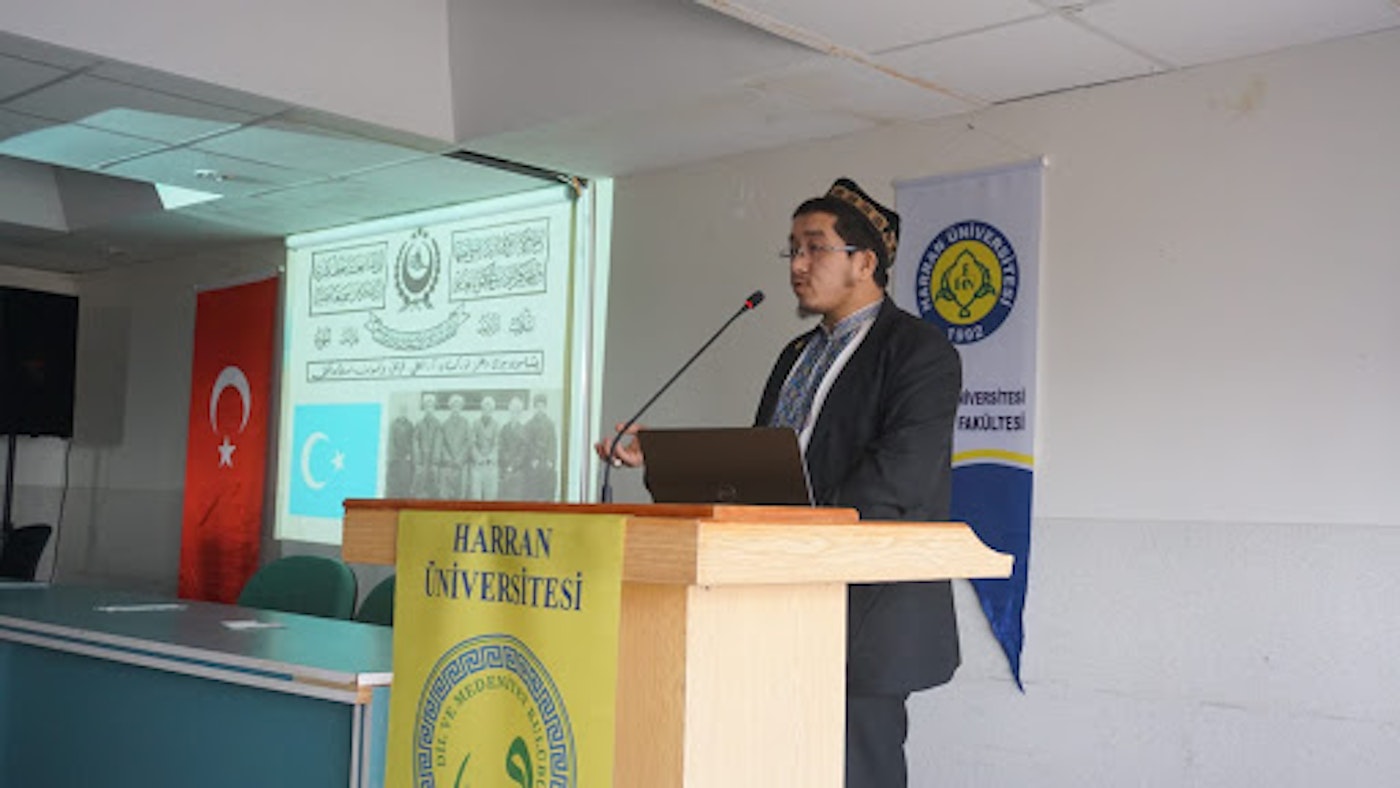 Across the diaspora, food is inextricably linked to politics. Many Uyghurs recount making lagman noodles with their elders as a moment of cultural importance. Jan’s son, a second-generation Uyghur and the manager at the restaurant, considers himself a culinary diplomat for curious guests. He starts the conversation by explaining why Uyghur food is distinct from Chinese food and eventually shifts to the persecution of Uyghurs.

“Anything we do to keep our culture alive is a form of resistance against China,” he said.

This Ramadan, consider supporting Uyghur refugees by donating to the following fundraisers:

Hana Manadath is a journalist with a passion for international storytelling. She graduated from American University with a B.A. in International Relations & Journalism. Having been raised in a mix of Indian, Muslim, and American culture, she is passionate about shedding light on underreported issues in the Muslim world. Hana is also the co-founder of Safar Street, a travel collective dedicated to making travel more accessible, authentic, and eco-friendly for millennials and generation Z. At the age of 21, she has traveled to and photographed in 26 countries. @:hfmanadath