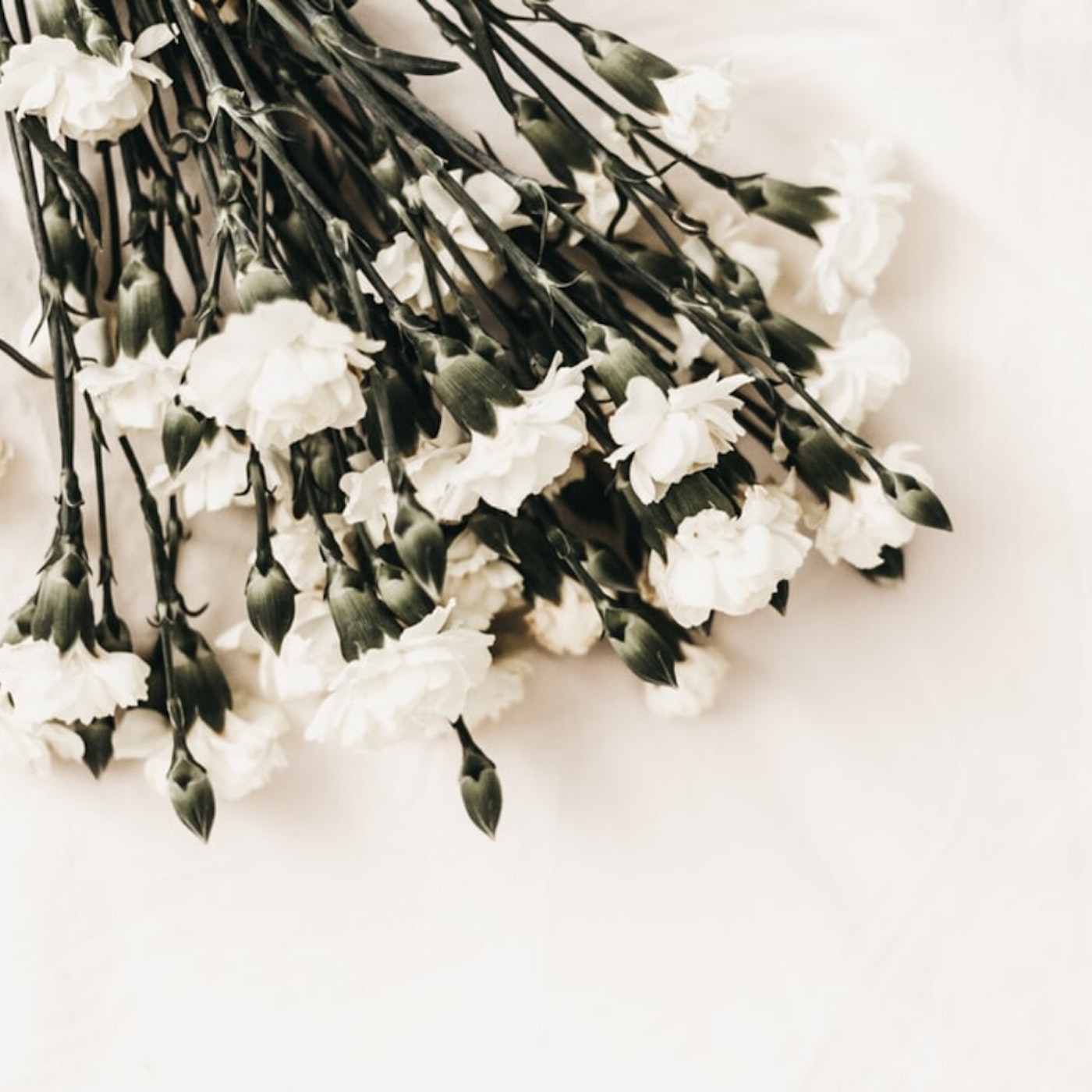 This article has been further edited on the 20th of May to reflect recent tweets and information on the incident. We have also chosen tweets that do not feature Aya Hachem as to respect the family.

Aya Hachem was walking to the local supermarket for her father in Blackburn Lancashire. As she walked to her local Supermarket and passed the local car wash, three men fired shots from a car. A stray bullet hit Aya, video footage shows her falling to the ground as the silver Toyota Avensis drives by.

Paramedics were called to the scene and tried to save her life but she was unresponsive. Aya was 100 meters from her home when she died. She lived with her mother Samar and dad Ismail and her three younger siblings. The family had moved to Britain from Lebanon around 6-7 years ago.

She was a student a law student at Salford University and Children’s Society charity volunteer. Aya had recently passed her second-year law exams at the University.

Aya Hachem. A daughter, sister and friend whose life was taken away by a single bullet. My prayers go out to her family and loved ones. May she rest in peace and may Allah grant her the highest rank in paradise. Allah yir7amik ya Aya. Gone but never forgotten. #RIPAYA pic.twitter.com/djL4YIriBl

20th May Update on arrests

Three men who have been identified as Feroz, Suhayl, and Nadeem Suleman have been arrested on the 20th of May, days after the incident. The three men are brothers from Blackburn. They run tyre stores around Blackburn including one next to the car wash Aya was shot in front of.  Reports suggest the brothers were feuding with the car wash owners. More on the arrests on the METRO

Police believe she was an innocent bystander killed by accident as the stray bullet hit her and they have confirmed so.

“We believe shots have been fired from that vehicle and one of the shots has tragically hit her.

“There’s no evidence at all Aya was the intended target and every indication is that she was a completely innocent passer-by.”

Hef father Ismail Hachem shared a message on Facebook where he calls his daughter.

We have omitted the image of Aya at the request of the family as a sign of respect, his full message can be found below: 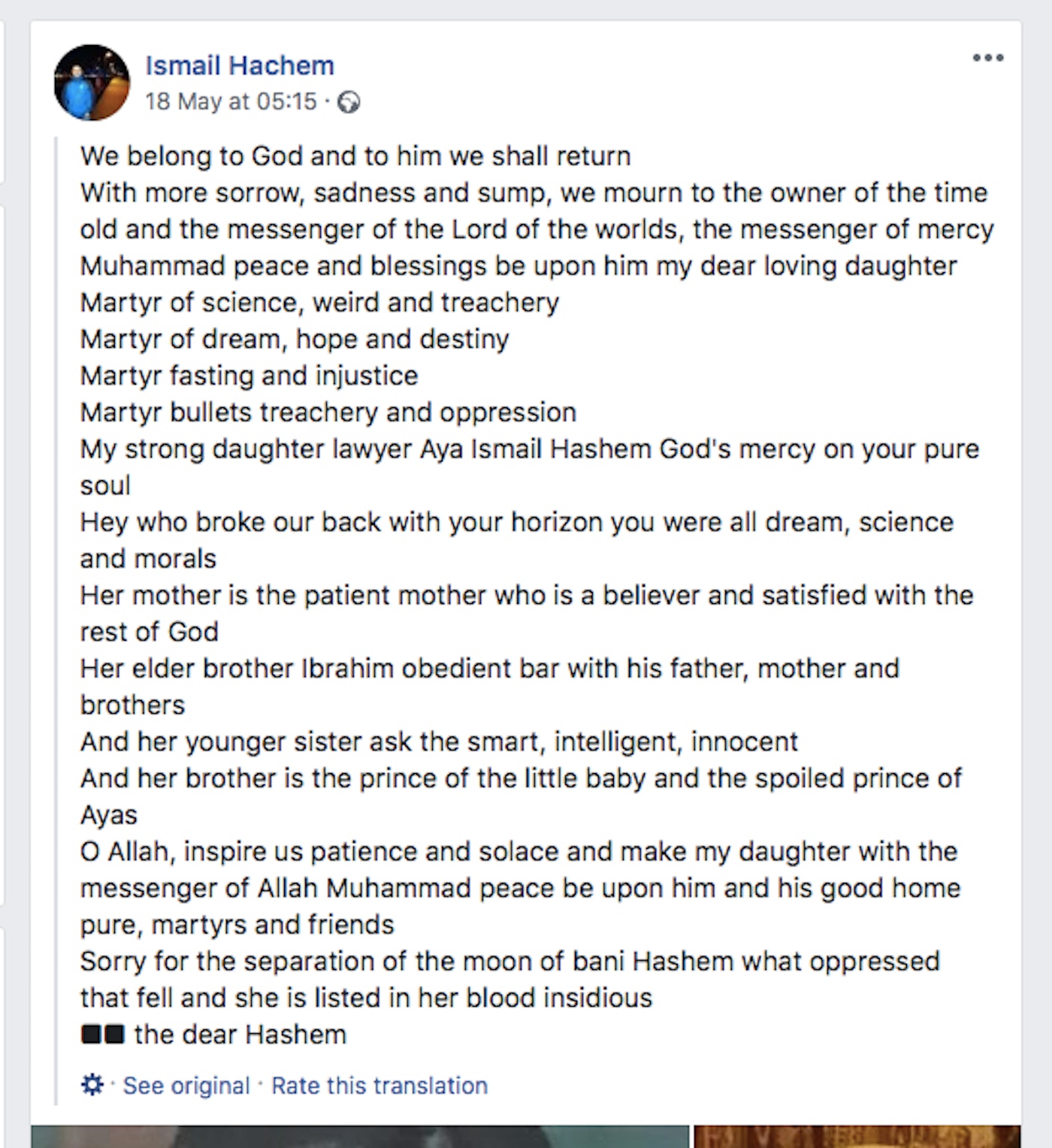 From CEO @markrusselluk on the tragic news: 'We are deeply saddened to learn of the death of one of our young trustees, Aya Hachem. She was a truly remarkable young woman, and an inspiring voice for children and young people. Our thoughts are with her family at this awful time.' pic.twitter.com/XIA5oeguxY

I know there’s a pandemic going on but we need to still speak out against injustice! A young 19 yr old girl Aya Hachem was minding her own business going shopping when she was shot dead. 100 metres away from her house. For no reason at all.

If the tables were turned in Blackburn, it would be ‘Muslim man shot someone during Ramadan!’

May Allah SWT grant Aya Hachem as a shaheed. Justice is the one thing promised to us, so just keep her names in your duas now and donate to the page. #RIPAYA

A Muslim woman, Aya Hachem was shot in broad daylight in Blackburn yesterday whilst buying groceries. May Allah grant her Jannatul Firdaus. I have'nt seen any news coverage on this shooting and only read this on Twitter which is extremely sad

The loss of Aya Hachem is heartbreaking. She left Lebanon for a better life. Since 2014 she's been a trustee at @childrensociety She was an award winning student & 2 year law student at the @SalfordUni

Such a sad loss 💔
I hope they find the murderer asap. #RIPAYA #Blackburn pic.twitter.com/neOZoBa8Ao

May Allah bless the soul of our fallen sister Aya Hachem, and may He elevate her status in the hereafter, raise her with the righteoud servants of God and grant her the intercession of Aal Muhammad.

19-year-old Aya Hachem, an innocent bystander who was mistakenly killed in a drive-by shooting in Blackburn on Sunday, died from a single wound to the chest pic.twitter.com/SgjIpMKPeQ

She was shot & killed. This is Britain today.

Still seeing people posting Aya Hachem picture, her family had requested for her picture not to be circulated. Please be respectful. pic.twitter.com/VMj24gx5jl