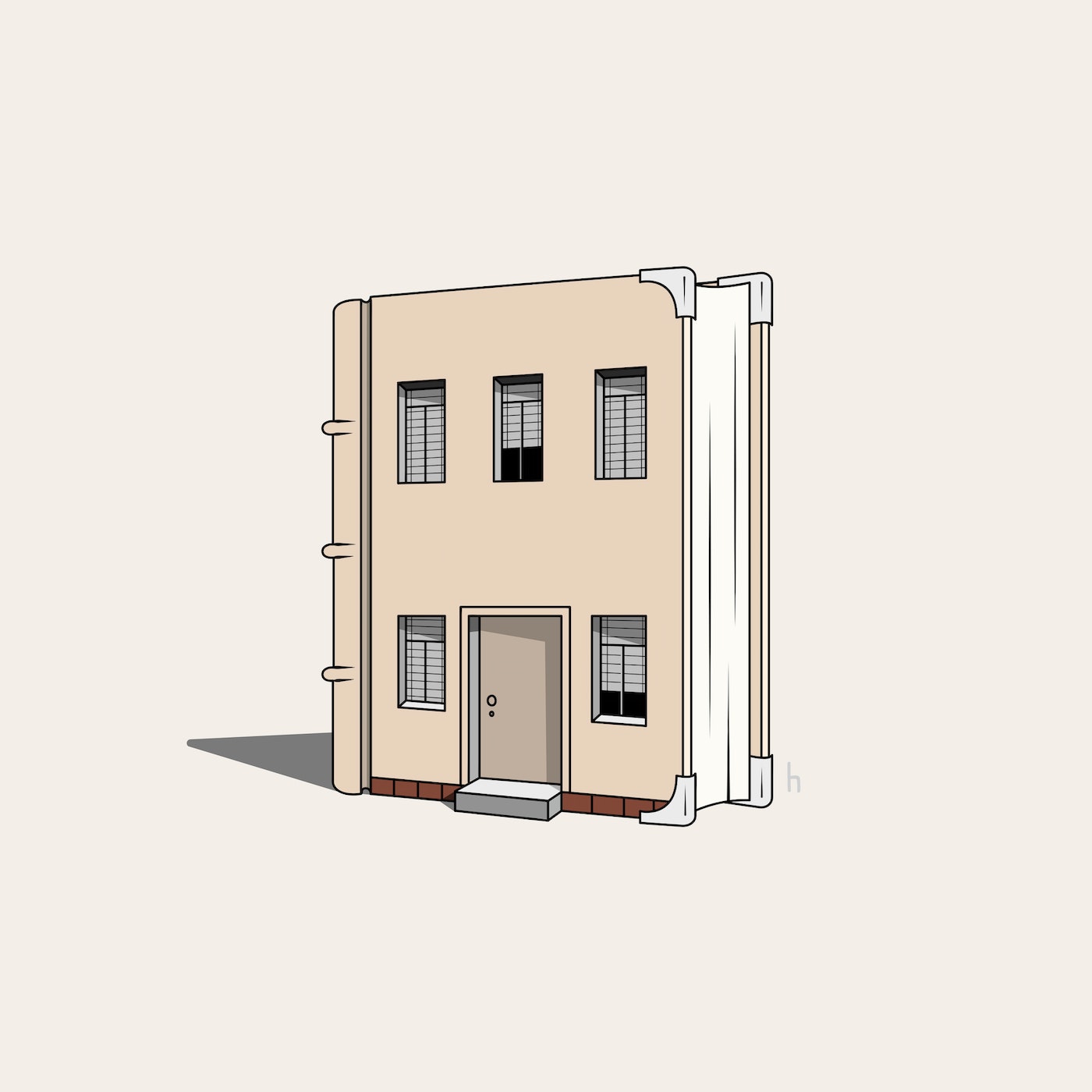 2020 seems to have brought with it an avalanche of unexpected events and challenges. Ranging from international conflict and crises such as the Australian bushfires to monumental change within the UK; this period will undoubtedly have great implications for our future and be remembered in the years to come. While we can spend an age marvelling over the unanticipated events we have encountered this year, the coronavirus pandemic wins the award for being the most astonishing of all. What initially seemed like a faraway phenomenon in Wuhan, spread like wildfire throughout the world in a manner that has so often been described as being unprecedented. The violence of this fire has spared no nook and cranny, leaving searing flames in its wake wherever it wanders. In the past few months, we have seen unimaginable changes being implemented into our lifestyles. We have seen the seemingly unstoppable wheels of capitalism stutter, we have seen our public transport coming to a sudden halt and we have experienced first-hand the restriction of lockdown. The most rigid structures and inflexible timetables of examination and governmental authorities have all had to succumb and yield to the will of this virus.

The effect of the COVID-19 pandemic spans far greater than altering our timetables and plans. It has irrevocably changed the lives of all those who have encountered death as a result of it. Globally and even within the UK, we have seen the death toll creeping and climbing upwards, reaching unimaginable heights. Perhaps this is the reason why the vast majority of people have shown their support for, and adhered to, the restrictive measures being implemented to prevent the spread of the virus. We have seen what follows if we do not and the reality of that is severe enough to shock us into compliance. So most of us have taken every recommendation in our stride: we have cancelled our holidays and postponed pivotal plans such as weddings; we have refrained from meeting our friends and our close family; some of us have even observed our most important religious festivals, such as Ramadan, without being able to find spiritual connection and solace in our places of worship.

There is tacit appreciation for the age-old adage; drastic times call for drastic measures. The question now arises how far should we extrapolate this? Where do we draw the line? The Government recently announced plans for the nationwide roll-out of a contact tracing app which will document and track our movement and interactions as well the presence of coronavirus symptoms. It is hoped that this information will then be used to help mitigate the spread of the virus by advising those who have been in contact with a carrier of the virus to self-isolate. However, the data that will accumulate from the use of this app is incredibly personal in nature and while it may be used to control the spread of the virus, we cannot afford to ignore the possibility of it being exploited and mishandled.

The proposed model for the app follows a centralised structure which lends itself to being easily accessed and exploited by third parties. We have heard time and again that data is the oil of the 21st century; our personal data can be unscrupulously shared and monetised. Unless rigorous measures are implemented to protect our personal data, there is no guarantee that sensitive information will not be shared between government departments, the police or even other third parties. This could result in the creation of an Orwellian-like climate of suspicion where innocent people may be under regular inspection and falsely criminalised. Although this will have implications for all users of the app, there are certain groups who are more vulnerable to severe forms of exploitation.

“Currently, the centralised model has been adopted for the app which runs the risk of allowing for monitored data to be exploited by various intelligence agencies. If the app is made compulsory this poses a great risk for people being forced into having their personal data breached with no concrete assurances made in regards to it not being misused or handed over to private companies to capitalise on, without scruple.

Furthermore, the data processing element has the involvement of companies such as Serco and G4S, among others, who have been heavily involved in migrant detention and migrant rights repression, contributing to the creation of the ‘hostile environment’ for migrants. There is a concern that the app may be used to target undocumented migrants who are known to face barriers in accessing healthcare as they fear involvement by Governmental authorities such as UK Border Agency. The release of this app may fuel a climate of suspicion and lead to further withdrawal of minority groups from accessing the healthcare system.”

Statement from the Federation of Student Islamic Societies

Take for example Muslim students, BAME students and political activists who continue to bear the brunt of excessive surveilling. On campuses, these minority groups of students are known to have been targeted under the Prevent Agenda and have previously had their data shared with third parties under counter-terrorism legislation. This is evidenced by official statistics which show that the vast majority of Prevent referrals (58%) were for those aged 20 years or under, with the education sector making the most referrals out of any other sector. These account for 33% of all referrals, ironically outdoing the police who have made 29% of referrals. It was also not too long ago that King’s College London made newspaper headlines when some of its students, particularly those from Black and Asian backgrounds, were denied access to the university during a visit by the Queen. It later came to light that these students had been identified and blacklisted based on their pro-Palestinian views. This is not an isolated occurrence; there are numerous examples of the ways in which Muslim students and political activists have been targeted and discriminated against in the past. In 2017, King’s College London was also known to monitor emails in intrusive ways, in line with the Prevent agenda. Whether or not this remains to be the case is an unsolved mystery. Additionally, a few years ago, Westminster University was also scrutinised after the installation of swipe cards and cameras to monitor prayer rooms (although after much pressure these were, begrudgingly, removed) and countless other universities till today implement restrictive speaker policies preventing the smooth running of student and academic events, especially those run by Islamic Societies. In this way Prevent allows for the institutionalisation of Islamophobia. In a time where victimisation of Muslim students is routine, it’s not hard to imagine how the possibility of further surveilling through the contact tracing app can add fuel to the fire. Freedom of thought, speech and the right to privacy are civil rights that are inherent to every human being and must be treated as such, irrespective of religious or political views. There is a real and justified concern that further monitoring measures such as this app will substantially and disproportionately affect these minority groups of students who are already excessively scrutinised and policed. Given the backdrop of a rise in the far-right ideology and an increase in anti-Islam hatred in recent years, additional surveilling through this app may threaten the ability of Muslims to exercise their freedom of religion.

FOSIS is urging the Government, in particular the department of health, to ensure that if the app is launched nationwide as planned then protective measures should be implemented to protect people’s data. As part of this, it should be made clear that no data will be shared between other government departments such as the Home Office or with private companies. If, in any case, there is any transfer of information; the reasoning for this should be made clear to ensure complete transparency with the public. Furthermore, we urge the Government to make sure the use of this app remains entirely voluntary and protects the autonomy of individuals by doing so. We also believe that the collected data should be deleted once it has been declared that the COVID-19 pandemic is over. While we appreciate the importance of public health endeavours; we also consider it our duty to champion civil liberties including privacy which are the defining features of a truly healthy society.

Statement from the Federation of Student Islamic Societies

Our fundamental freedoms are at risk of abuse through the use of the contact tracing app. The stakes here are simply far too high for us to become complacent. Unless stringent measures and guidelines are implemented to ensure full protection of our personal data our civil liberties such as privacy will remain at risk. We must endeavour to remain analytical even if our circumstances propagate feelings of uncertainty and confusion. This is especially important when the regular reporting of death rates and warnings inadvertently serve as fuel to the climate of worry and fear, contributing towards feelings of helplessness.

It is only to be expected that for a situation as unique as the one we now find ourselves in, innovative and technology-enhanced public health measures be implemented. We must show our support for such measures through our adherence. However, it is equally important to ensure we are exercising our power and responsibility of questioning the suitability and potential pitfalls of these measures. A trade-off of our civil rights such as privacy cannot be justified even for public health initiatives. A healthy society is not merely one in which there is an absence of a virus; it requires the presence of certain fundamental freedoms. These liberties form the heart of every well-functioning society without which we simply cannot thrive or blossom. Their absence can be as pervasively debilitating and stagnating as the presence of physical disease. This belief lies at the heart of the stance the federation of student Islamic societies (FOSIS) has taken in its response to the governmental plans for the use of the contact tracing app.

Aleema Sardar is a medical student at the University of Glasgow with an intercalated First Class honours in Clinical Medicine. As she completes her final years of medical training, Aleema remains an active participant of community and university-based projects. Ranging from volunteer work to being an enthusiastic member of her university Islamic Society, Aleema aspires to bring about positive change in each pursued avenue. She feels very passionately about education, youth empowerment and striving towards the creation of a pluralistic, equitable society. In line with this, she served as the Race Equality Officer for the Student Representative Council of the University of Glasgow and has been a core member in the Federation of Student Islamic Societies (FOSIS) since 2018 as part of its Student Affairs strand of work.