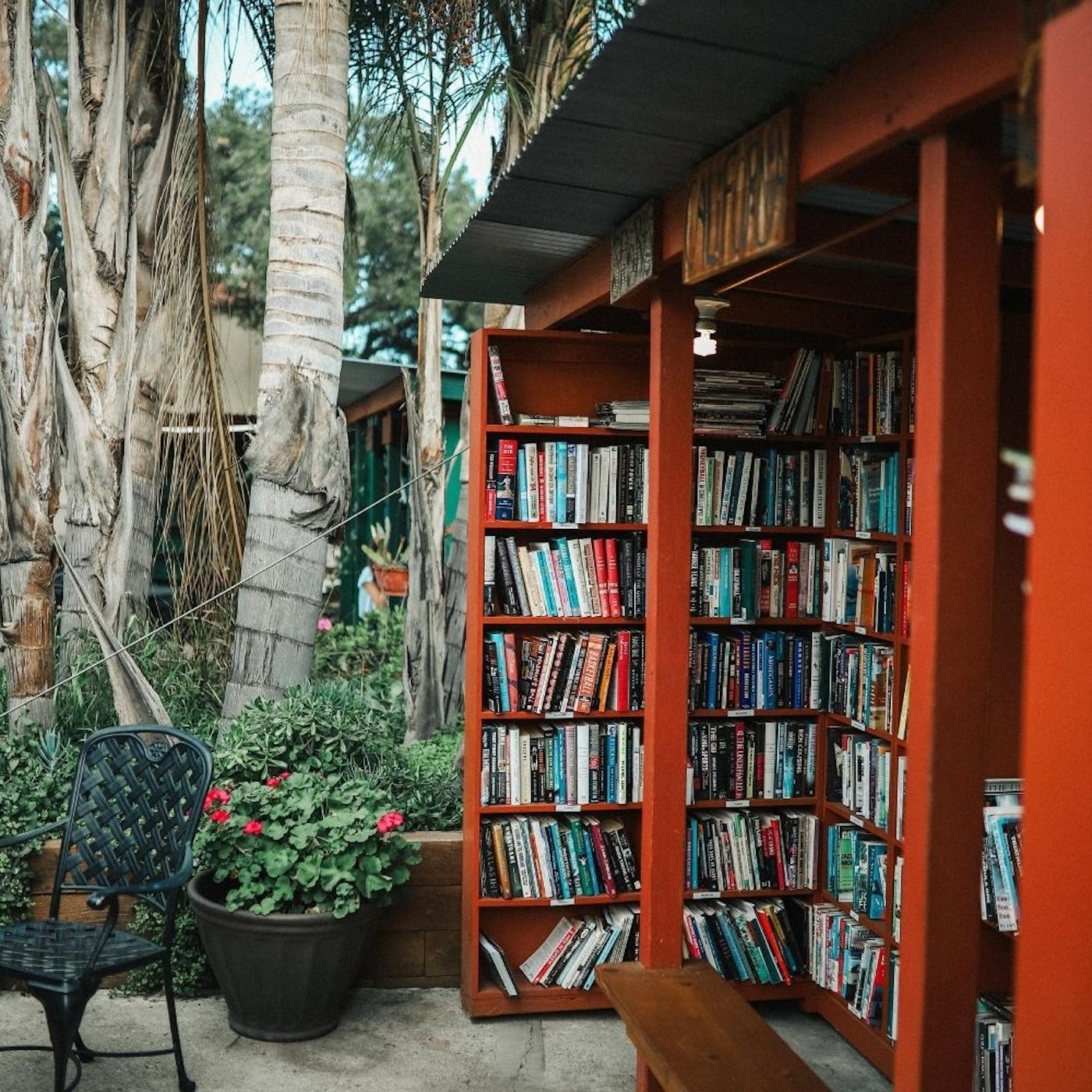 Through concern for history and a clear aim to reflect honesty about their place in society today, black writers have always had an immediate amplified voice, echoing their sincerity through experience. Identity politics in black literature has always had a price point. The exclusivity of black authors in deliberating and questioning who we are, is rooted in the foundations of black pain. Today, new ideas in black literature consider the space between declaring blackness completely, while critically engaging with identity, and uniting thoughts and ideas through empowerment. The consciousness of a black writer considers the way we are conditioned in the world today as clarification, a place to illuminate their thoughts truthfully.

Black literature’s nucleus is not solely anger, instead, it is a contextualised experience turned into stories; a way to work through the problems of life.

‘‘Virginia, where this same race held the math that molded iron and carved marble to exact proportion and were still called beasts.’’ Ta-Nehisi Coates, The Water Dancer

The pinnacle of Ta-Nehisi Coates’ writing career began through his essay in The Atlantic concerning reparations for black people. He discussed in an article for The New Yorker his case and theory that every historical institution in America has had a history of extracting wealth from the African-American community. Broad daylight theft of communities. It seems that his entire existence as a black writer, has always been about history and what is owed. For example, his novel The Water Dancer (2019) is set on a tobacco plantation in the middle of the 19th century in Virginia. Here, Coates writes with magical realism. You sit with him through the journey and feel so many emotions while on this paranormal ride. Coates does not focus on the perils of slavery, nor are there gruesome violent scenes. Rather, he does what he does best. Through main character Hiram, Coates adds a type of enchantment to a dark story about slavery, brightening what is expected, yet honouring history. He gears the story toward his passion of the superhero world and awards Hiram with photographic memory. “Memory is the chariot, and memory is the way, and memory is bridge from the curse of slavery to the boon of freedom.” The tale of The Water Dancer moves fast and wide, and sincerely asks the reader what the difference is between remembering, and wanting to remember; between drowning in terror or going home.

‘‘You said that I could be any type of black girl that I wanted to be.” – Candice Carty-Williams, Queenie.

Queenie (2019), by British writer Candice Carty Williams, if simply judging from the cover, is assumed to be about black hair. Well, it’s not. The book deals with race in an entirely obvious yet covert way. Though a simple and slightly addictive book with a busy narrative, it touches on the Black Lives Matter movement, #MeToo and the Windrush generation through the heroine’s bumpy life. Queenie is a Jamaican woman whose family came to England with the Windrush generation. The protagonist is raised in a single mother household and works a low-paying media job which disallows her to speak her truth and write about deeper issues than just fashion. Her identity as a woman is shrouded by her love life; a controversial breakup with her white counterpart takes place throughout. The book has been noted as timely and important because it deals with black womanhood as well as black British life. Though Queenie’s blackness permeates her life in negative ways, it’s the mundane daily tasks that Queenie tackles which reflect normalcy in black lives, overhauling the heavy themes often written about in black literature.

‘‘And I wish to God I could buy black hair products from black people for once. How we going to make it in this country if we don’t make our own business?” – Zadie Smith, White Teeth

‘Carty-Williams wrote the novel after seven years working in publishing, an industry she found “stilted and archaic.”’ 😎 https://t.co/DQSSI4sEYm

Throughout history, many black poets have been criticised for reflecting an unpleasant, possibly harsh angle on black lives. The repetitiveness of doing so, stresses repetition as political action, a writers’s intention to remind that black lives exist and matter.

Originally from Brent, Zadie Smiths first novel White Teeth (1999) was set in Willesden, London. Smith nurses an intricate kaleidoscope view of London, whereby she embraces and celebrates London’s melting pot of cultures, embodying the city as a “state of mind.” After reading Zadie’s books, one may observe Smith’s storytelling gives special attention to areas reflective of her humble beginning, places that ring the north circular, like Wembley, Neasden, Kilburn, Harlesden and her beloved Willesden. Zadie is often praised for her realism in her writing, much of that stemming from her use of slang or of her realistic portrayal of London through mirroring the streets of Brent. She is clear in her understanding of the needs of her local community, and the characters dwelling through these parts and their potential. Multiculturalism is a solid theme throughout her work; Zadie’s relatability to her character’s struggles of “getting out” of social housing, an ideology she to this day feels associated with. As a mixed-race woman, Smith does well to treat the elements of race and privilege head on. She has admitted that when writing, race is usually what she first reaches for, but that race is not always the most compelling to her alongside themes like loss, betrayal, seduction and mourning.

Remember that project you were going to do during quarantine? Zadie Smith already finished hers. https://t.co/6HgLOWd0ss

‘‘I am the sin of memory and the absence of memory. I watch the news and my mouth becomes a sink full of blood. The lines, the forms, the people at the desks, the calling cards, the immigration officers, the looks on the street, the cold settling deep into my bones, the English classes at night, the distance I am from home.’’

Warsan Shire, Teaching My Mother How to Give Birth.

At present, black intellectualism is alive and well and in fact pivotal to black poetry. Gifted individuals continuously work to combat circumstance.

In poetry, the connecting factor is the emotive power it holds, its reach to a wider audience. Their predecessors used it as a revolution of voice, a way of engaging in social responsibility and a confrontation of larger issues. It’s a type of pedagogy, viewed as valuable due to the multiplicity of identities that its operators nurse. Somali poet Warsan Shire’s poetry revels in race and culture via a haunting style whereby her Somali roots are conveyed in assimilation with her Islamic and British background; her identity too, as dishevelled as her thoughts. Through her British identity, she decides against explaining culture and its differences; rather, she positions Somaliness as an object to be emptied. In her work, Shire wavers from accepting and cherishing her black identity, to then traversing her want to fulfil her desires and to reject people who will not accept her as she is. She is her strongest in the collection ‘‘Teaching My Mother How to Give Birth’’, where she finds herself a British boat floating through African seas, yet still her identity is as most black poets are—fluid.

Viewpoint here is key, as Shire’s poetry is likely to suffer without her narrative of trauma and journey representing an artistry, critical to black thought and most importantly, black circumstance.

Wrote about @warsan_shire and her gorgeous poetry for @NewYorker: https://t.co/lJ8huiT5pe

Black identity politics in literature cannot be identified as obscure. It is critical, varied, painful and withstanding.

If you stop for a moment and look at the classic writers like James Baldwin, Toni Morrison, Maya Angelou and Malcolm X, for example, their instrument in literature was always reflection and truth, even in fiction.

Though some were radical, and some were more subtle, we would not identify, nor sympathise or understand them, had it not been for the fruitful tales told from differing lenses. My own identity formulates much conversation presently as a black Muslim female and so similarly, I unequivocally embrace blackness in literature alongside other themes of urbanism, religion, family, love and pop culture.