Exploring My South Asian Heritage and History Through Food Memories 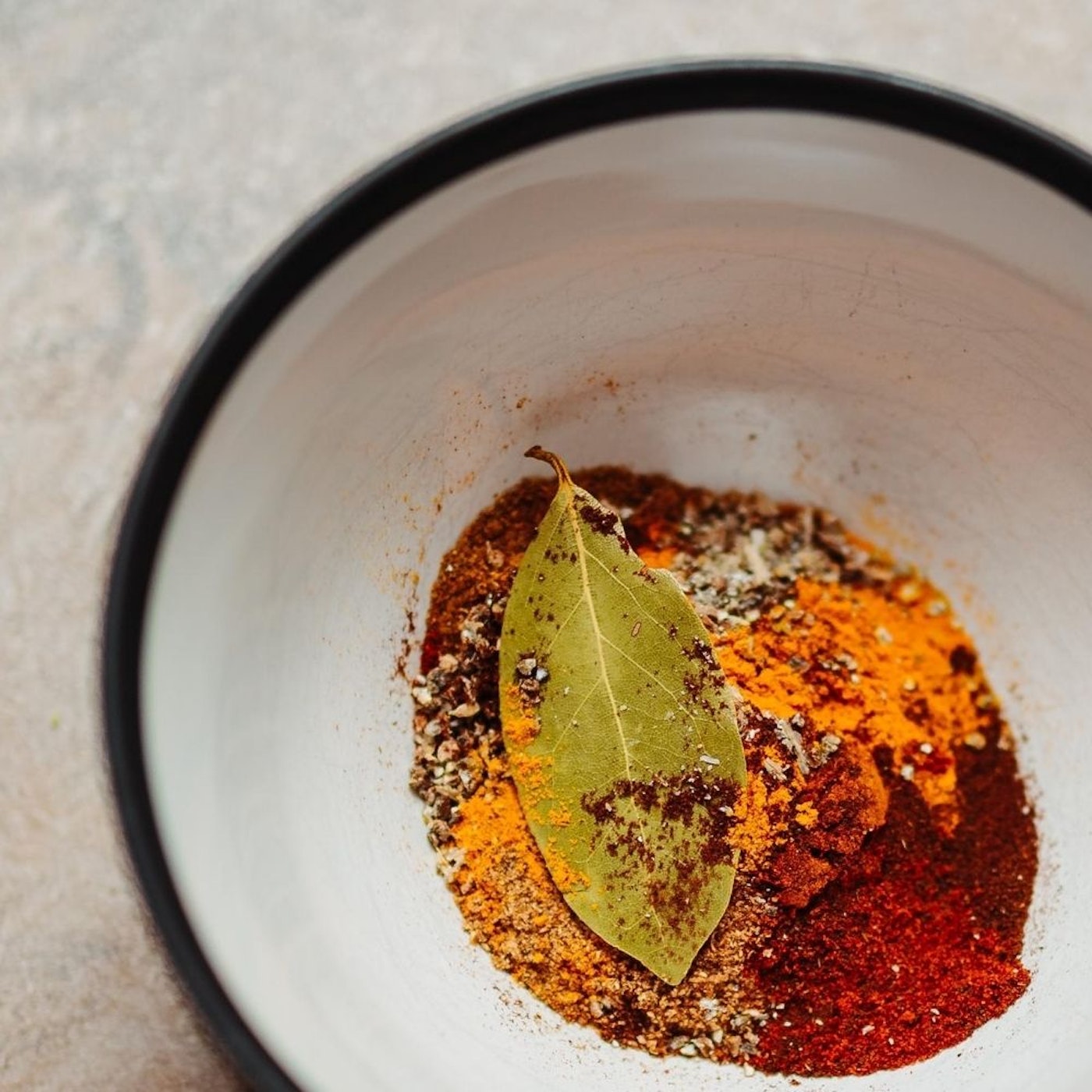 During South Asian heritage month, I naively self-nominated for a piece in the staff newsletter where I work at a group of east London NHS Clinical Commissioning Groups. Days went by and I started to question what I had to say and what story I would tell, apart from the fact that I have south Asian heritage and wear it proudly. A typical case of imposter syndrome hit me hard and so I nervously gave in to the keyboard of my tablet, hoping that the words would just fall naturally. I think that’s often the issue with these celebratory months – they are usually welcomed with such fun and vibrant events. These are spaces where you indulge in food from all corners of the world and have a nice catch-up with colleagues from other departments about that report you still have to knock out and that time you went to Mumbai in the ‘90s. Whilst hugely memorable, I think many will agree that we can afford to dig a little deeper to learn about the cultural context of our colleagues, our communities and beyond. Lockdown brings with it additional challenges to make this kind of celebration around heritage and identity truly meaningful, thought-provoking and insightful. With this in mind, I will try to do justice my own experiences of growing up in South Asian culture, in a family very loud and proud of their heritage. 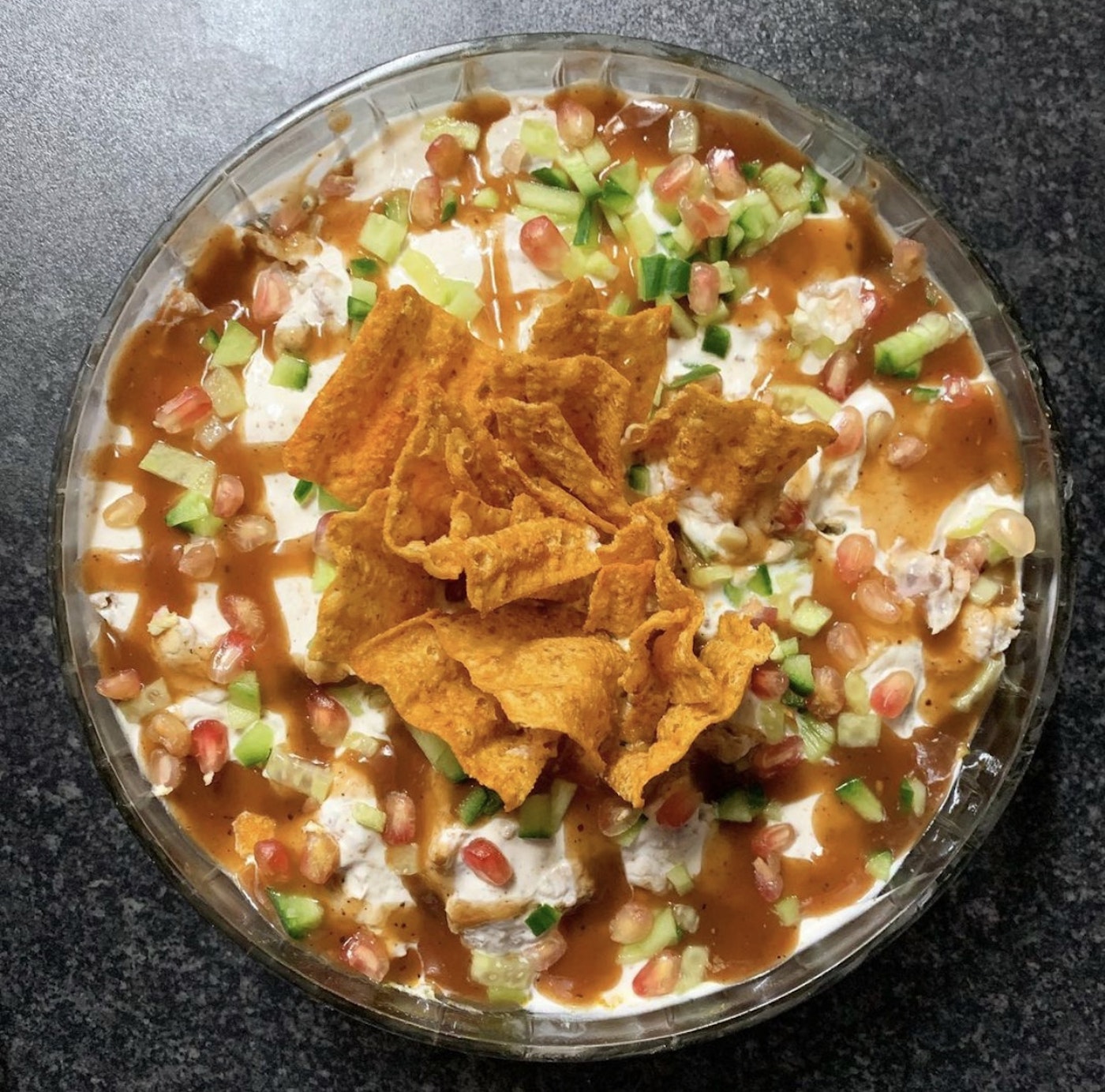 Let me start at the beginning. I was born in Bradford, West Yorkshire, where I would grow up in until my early teens, before moving to Leeds (which is by the way, deemed an upgrade for us Bradfordians) to Pakistani parents. Any other Pakistani person reading this now will be thinking, “But, where in Pakistan?”, a question often asked by other Pakistanis, to work out whether you are in some way related or originate from the same village. My mum grew up in rural Lahora Khat, a small village in Azad Kashmir and later settled in Mirpur after several moves through my grandfather’s time in the army. My father’s family settled in Chakswari, a town in Mirpur District of Azad Kashmir. Bradford is famous for being the international centre of textile manufacturing or “wool capital of the world” in the 19th century, being the first place to start school dinners, holding the longest title for ‘Curry capital of the UK’ and other trivial achievements like the location of the film, ‘East is East’ and birthplace of Dynamo and Zain Malik.

The textile industry saw the influx of hundreds of people, mainly young men, from the south Asian subcontinent in the 1940s, who would work tirelessly in Saltaire, now a world heritage site and home to the textile mills. My paternal grandfather (Dada Abu, which translates to Grandad in Urdu) was amongst these men, who immigrated to the UK in 1946, ‘adopted’ by his uncle to come to work to make a better life for his family and dedicated his life to the mills until they closed in the early ‘90s. He was later joined by his brothers and my grandmother’s brothers, who would later become his brother-in-laws through marriage. They lived together in a cramped rental home, with up to five men sharing one room, working shift patterns at the mills, driving the textile industry and contributing to the industrial revolution. Bradford quickly became ‘curry central’, with settled communities from Pakistan, India and later Bangladesh. Some of the first curry houses were set up on Leeds Road, the main road that runs from Leeds to Bradford City Centre and still flourish to this day.

I was lucky to grow up in a family where I was forced to find the answers to those questions about identify and culture that would shape my experience and how well I would relate to my heritage later in life. When I would often come home from school with those questions about cast and which town we originated from in Pakistan, my mum would return with the unsatisfactory answer, “Find out for yourself. Look at photos and ask your grandparents or (enter elder relatives name here).”

I now have a deep-founded respect for this approach. It forced me to work hard to find my own answers about my heritage, to work out the bits that were important for me and to throw out the bits that I did not resonate with or that would not add value to my life. Most importantly, I would be able to develop my own sense of self and identity, which any person with heritage (shared or otherwise) or somebody who can resonate with an ‘equality protected characteristic’ will hold central to their lives.

Now in my early thirties, I find myself grounded in a deep respect and appreciation for my south Asian heritage. After all, it is the foundation to my curiosity about everything, why I was able to speak three languages by the age of three, why I can make arguably the best paratha (a layered flatbread, smothered in ghee or butter), the only grandchild who can replicate my grandmother’s ‘Lassi ka saag’ (yoghurt-based, spinach curry) and why nothing beats the feeling of dressing in your best shalwar kameez for family gatherings. 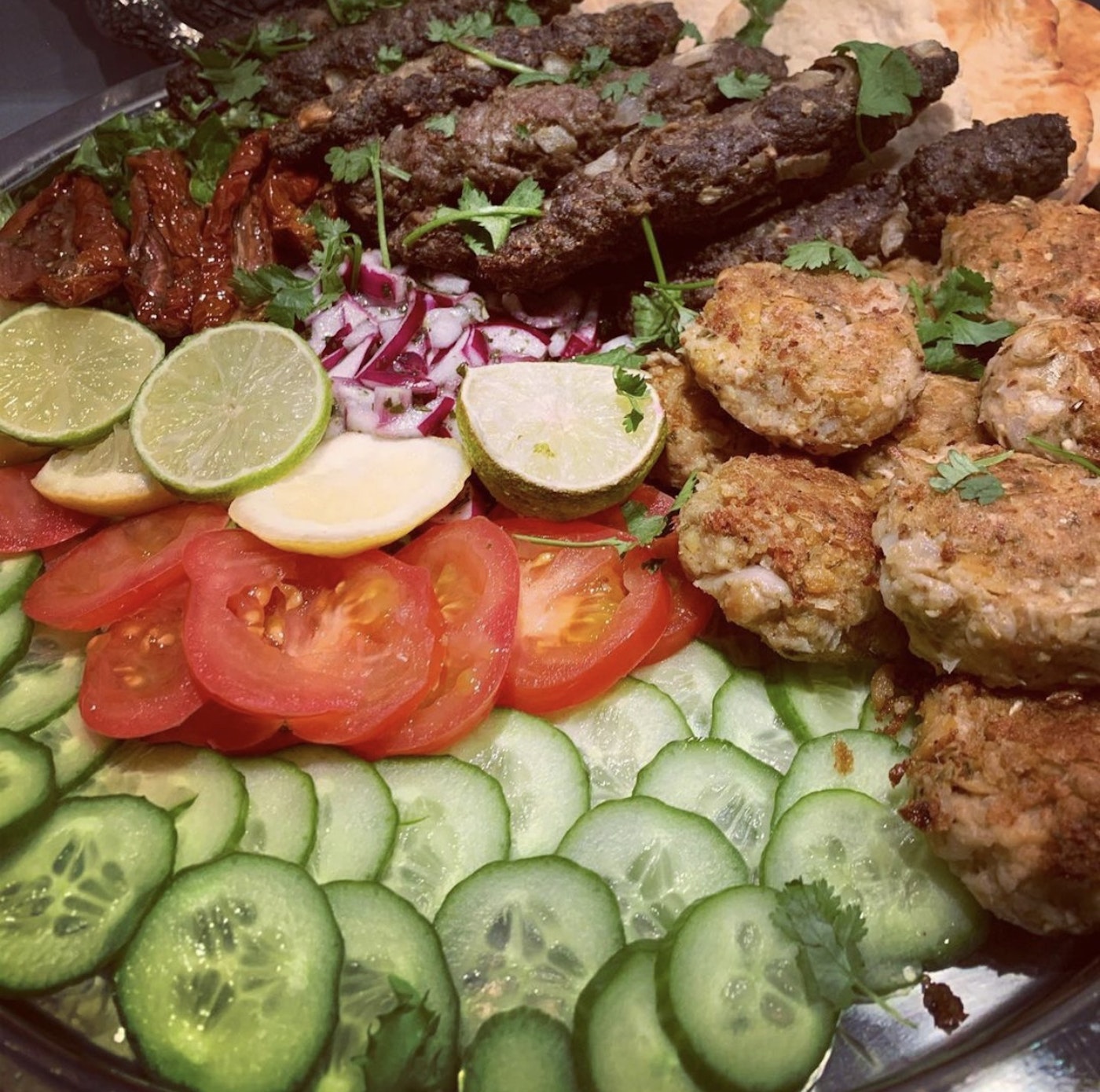 This experience of south Asian heritage widened when I got married in 2014 into another Pakistani family. My husband’s family too were born and settled in another area of Bradford (no, we’re not at all related or from the same village in Pakistan) but moved when my husband was an infant to east London so that his father could work for tFL, where he would work for over fifty years before he retired. Here, I would learn that the perceptions of culture and heritage differed from my own and those that I grew up around. I would get into passionate debates with my husband and his siblings about why my heritage was so important to me, why they wrote ‘British’ and not ‘British Pakistani’ like I did on any form with an ethnicity box, why my sense of community and the role of food and social events was so strong in my life, why it wasn’t ‘embarrassing’ to dress in traditional Pakistani garments in public spaces, etc. You get the idea!

My father in law often sided on my part of the debate on the food / social events angle, egging me on frequently to cook huge feasts to share with friends and neighbours. He often lightened the mood with his wicked sense of humour about how he seemingly ‘progressed’ by moving to London. This in itself forced me to think about ideals, aspirations that often exist in South Asian communities.

Growing up in a south Asian family, I would laugh at some of the ideals of the elders. How it was super important that somebody (nobody was fussy about who) became a doctor, lawyer or accountant. On contrast, the levels of sugar and oil in our cuisine were at a record high, because despite the need to have a child working in the medical profession, the taste of that chicken curry could not be compromised, at any cost! My father in law himself was a diabetic, indulging regularly in Whitechapel’s freshly fried jalebi and Ilford Lane’s samosas but the family would pride themselves in the fact that they ticked the doctor child box, with colleagues and friends alike.

My own interpretation was that there was a sense of success associated with these professions, a respect associated with the quality of life afforded through these jobs and the validation you would receive from white British counterparts, when the early experience of many of the community’s elders were difficult and the racial tension was at its height. These are difficult conversations to have, difficult experiences to resonate with or acknowledge or necessarily know what to do with. I, myself, found it hard to relate to these experiences, growing up in the ‘90s in a multicultural and accepting community. Maybe this was because my school was a diverse and I was surrounded by other south Asian people, owned shops and businesses? Maybe it was because my mother was a known community activist and voluntary sector figure? Maybe my experience was different? 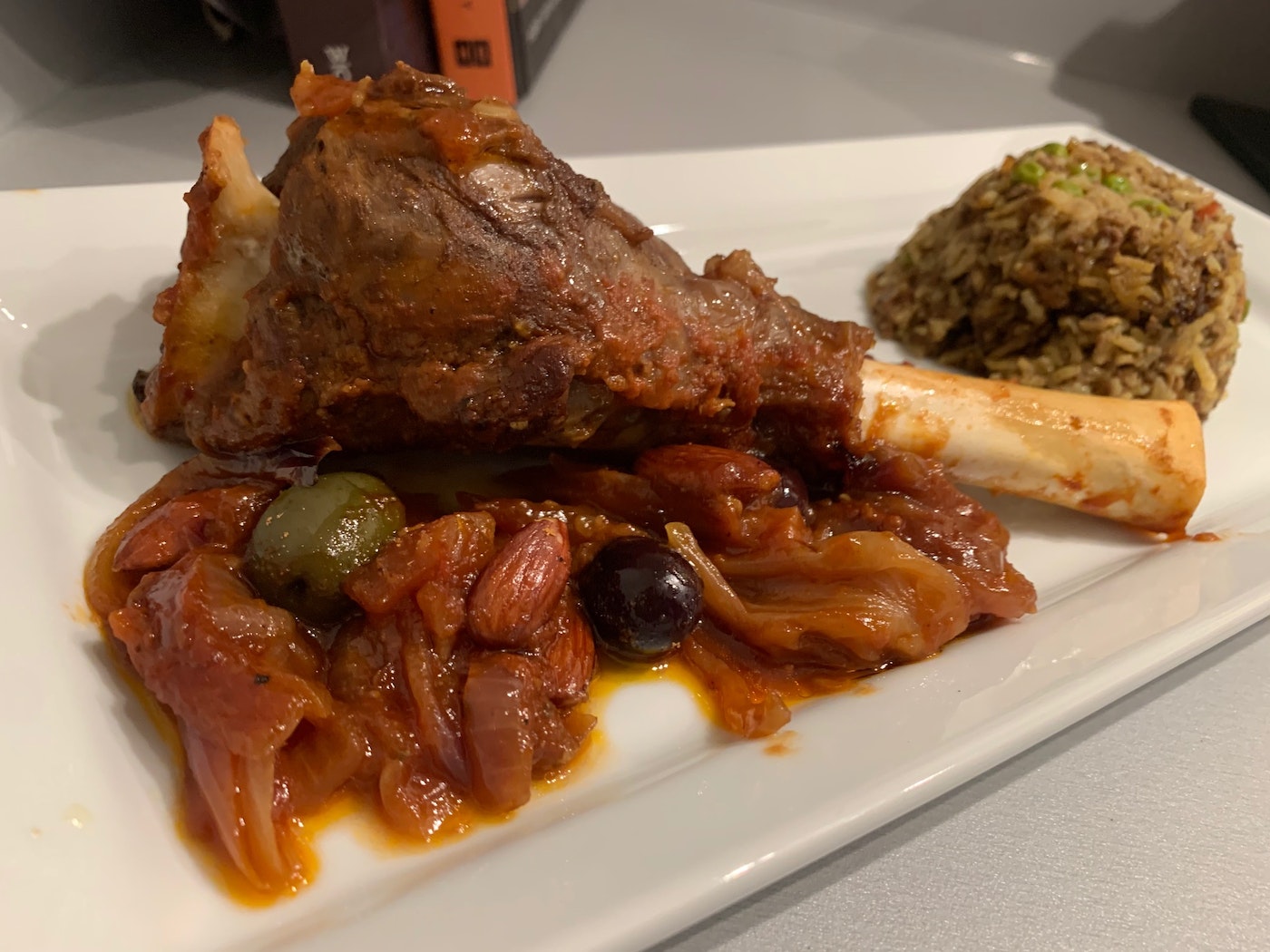 I cannot end this article without briefly mentioning food, a huge part of south Asian culture. The variation and flavour is always immense, full of spice and individuality depending on the part of South Asia the recipes originates. A curry tastes slightly different in Pakistan from that of India, Nepal, Bangladesh, Sri Lanka, the Maldives, Afghanistan or Bhutan. I grew up with a deep sense of togetherness, sharing and community when it came to food. We would always overcook to cater for that unexpected neighbour or friend or to drop off to that family that we knew was struggling slightly. This brings me on to another aspect of south Asian heritage that I feel proud to be part of – the sense of community. I saw several examples growing up, where the community would rally around a family or maybe an individual in need, because of a need to support and help. This extended to people outside of the south Asian community, though it was strong in the south Asian community. My grandparents told me that this is how the community survived in the early days of settling in the UK, with help either in the form of food, money, clothes or living space from other, more settled families.

I am now finding it difficult to wind down my story about my south Asian heritage. Anybody that knows me well, knows that I love a good conversation about all things heritage and this article is a drop in an ocean of experiences, that I want to share.

My take home message would be for people to continue to have conversations, have coffee with somebody, chat freely, do not feel afraid to ask questions, understand that each individual’s experiences are uniquely formed through their early life and experiences in their communities.

What are your experiences?

What were your perceptions?

What have you learned?

In these odd times, I hope that my story has helped you to think about how we can celebrate our cultural differences and how they add value to us as people, as communities, and as networks that extend across the world. For me, my journey of self-discovery of South Asian heritage is life long and exciting and one that I hope to share with my own children so that they too can one day develop their own story of their cultural identity, their heritage. Stories are powerful. Stories help us to learn, explore, and stretch our minds. Let us live in a world where we are liberated by our differences, yet joined by our truth.

Safa Moghul is a Muslim and British Pakistani woman - born in Bradford, West Yorkshire. She currently lives in East London, devoting all of her time as a Senior Engagement Lead for an East London NHS Clinical Commissioning Group. At 19, she was the youngest of 500 BME Community Development Workers in the country; roles that were born out of the Delivering Race Equality framework of 2005-10. She could speak to you all day about cultural identity, inequality and food. These values form most of her core and the rest is taken up by her children; Zakariya and Eva. She is the founder of a modest Instagram food and lifestyle blog called @foodies.fairyland which she manages in her spare time. She has also devoted her time as a Primary School Board Trustee and acts on the governing body of an Early Learning and Education Network.

Coffee and Islamic Society in the Fifteenth Century: The Beverage Used to Enhance Religious Worship