by Tahira Amatullah in World on 23rd October, 2020 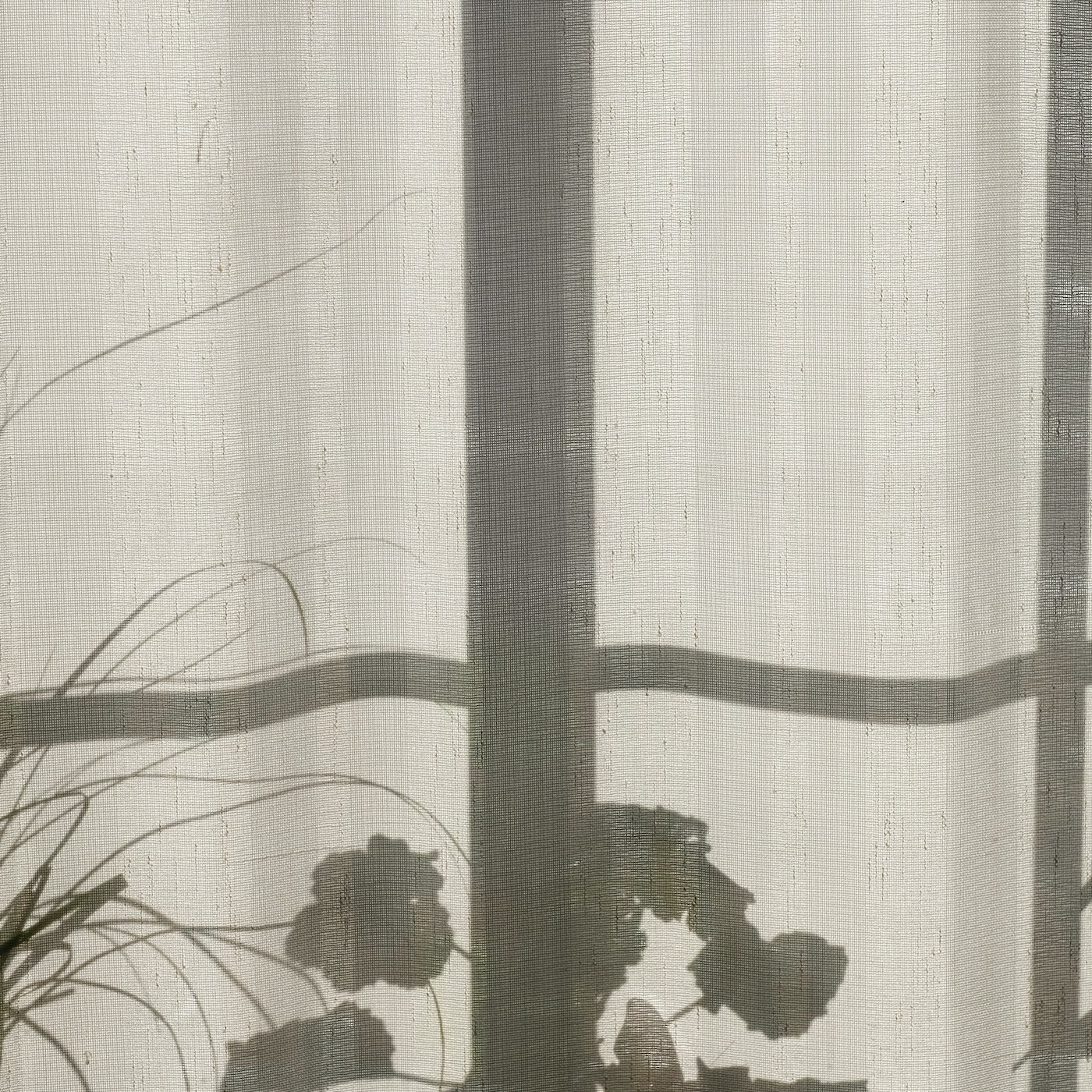 Working on PREVENT for over a decade has shown us that you cannot mix policing with social work. The policy has to go – so we can work towards a safe, healthy society without counter-extremism.

Twenty years after the passing of the UK’s first Terrorism Act, resistance against these laws and the policies that have stemmed from them – the PREVENT policy especially – has grown. Now, calls for PREVENT to be abolished are set to rise in volume, especially among Muslim women and women of colour after a troubling move from the Home Office linking domestic violence to “extremism”.

Recently, Women’s Aid – one of Britain’s leading charities working to end violence against women and girls (VAWG) – penned an open letter to Home Office (HO) secretary Priti Patel “to express deep concerns” about the HO and counter-terrorism police’s invitation to participate in “research [on] the links between suspects of domestic abuse and extreme views, which can manifest into terrorism”.

Such toxicity and negative framing of Muslims and minorities we have become accustomed to as part of the counter-extremism and counter-terrorism sectors, often experienced at a real-time level through the government’s PREVENT strategy.

PREVENT places a statutory duty on public sector workers including doctors, nurses, teachers and social workers to report what the state considers to be “signs of radicalisation and extremism”.  It relies on the discredited and deeply flawed ERG22+ theory. The idea proposes that there is a predictable progression of ideas and behaviour that can be intercepted and disrupted in order to prevent an individual from committing a violent act.

This pre-crime notion has inverted ordinary legal principles, such as the assumption of innocence until proven guilty, and it has also reduced court cases and social worker interventions into a legal farce in which individuals are assessed based on ignorant and biased interpretations of intention.

More broadly, it has perpetrated misunderstandings and fear about Islam and aspects of Islamic belief, and as such facilitates discriminatory – often racist – bias in those charged with facilitating the policy.

This is especially the case because many of the ‘indicators of extremism’ are congruent with the ridiculous notion that the more ‘religious’ a Muslim becomes, the more likely he or she is to want to commit terrorism. As such a number of innocent people have suffered abuse and interrogation, and aspects of Islamic belief have become suspect, even criminalised.

In order to swing the spotlight away from its discriminatory and political nature – for it is really about ensuring the survival of a neo-liberal, even nationalist, hegemony – the counter-extremism sector and PREVENT, more importantly, have justified themselves by co-opting the “safeguarding” label.

As the resistance against PREVENT and counter-extremism generally has grown, the more they seem to be telling us their medicine is good for us.

However, as Women’s Aid states:

“Safeguarding should be based on the principles of protecting children and other vulnerable people from harm, but Prevent sees individuals as a source of harm.”

This orientation, which is embedded in PREVENT, impacts the approach, manner and desired outcomes of an intervention. It ensures that they all take place in a securitised, politicised, often racist lens of assumed guilt.

The latest move to link domestic violence with ‘extremism’ – and therefore as an indicator of a ‘propensity to commit terrorism’ will see the same discrimination playing itself out.

This not only flies in the face of reason but also statistics. As Women’s Aid states, “despite the vast majority of those who abuse and exploit young girls in the UK being white, ‘white culture’ is never called to account in the perpetration of this type of abuse”.

As such, this latest turn of the HO and counter-terrorism towards vulnerable Muslim and Black women and girls is something that needs unpacking in light of what Women’s Aid and other such organisations have been saying for some time about PREVENT; it crystallizes why the counter-extremism policy is deeply discriminatory, and dangerous.

Women’s Aid outlines the terrible impact and “direct consequences” that PREVENT has already had on Musilm and Black women and girls they support, which has been one of silencing:

“Specialist services led ‘by and for’ Black and minoritized [sic] women have clearly documented the fear and barriers that women face when reporting abuse and seeking help due to surveillance, the criminalisation of their communities and the hostile environment [perpetuated by PREVENT].”

This silencing effect on women and children by PREVENT has also been documented by CAGE, who have amongst their sizeable records, testimonies from other women who have faced the intrusion of PREVENT, piggybacking on social work:

“After I lost three years of peace with my children [as a single mother], the judge said my children were in no danger. The social worker had said this before: there were no dangers. The ruling was that I was evidently a good mother, as my children were provided for and cared for and had the ‘necessary emotional support’ and ‘good living conditions’. The judge identified that I was a ‘religious’ person but not an ‘extremist’.

I can’t really describe the effect of this on my children, but I see cracks in their behaviour. I was always trying to encourage them to talk to all these strange people that suddenly appeared in our lives. They absorbed the whole experience. They used to play games and threaten each other with social service action, and the one was the social worker, the other the police. It had a devastating effect on how they were treated at school. They always had to justify themselves. As a mom, I felt completely powerless to protect them.”

Many testimonies of people impacted needlessly by PREVENT show that the policy causes harm to the individuals and to the families involved (who experience division, conflict and lingering distrust after a PREVENT intrusion). This harm has long-term consequences not only for relations, but for livelihoods and people’s sense of belonging.

Just as disturbing as the silencing impact PREVENT has on the vulnerable, and the division it causes in home and society, is the damage it is doing to the sectors themselves.

Thanks to it being a legal duty, PREVENT officers are now embedded in hospitals, schools, universities and now, social work. The results, as the UN Special Rapporteur on Racism has stated are “horrific” for these key tenets of British society, in which the key ingredient for genuine success is trust.

This is for the obvious reason that policing should never be mixed with social work. Individuals who have experienced abuse, repeated discrimination and other sharp ends of poor policy and structural violence may need to say a few things in the process of management and healing that are likely to send a counter-extremism officer into a frenzy – and in many instances has, with devastating results.

More pertinently, it is also not the job of a public sector worker to be a state security operative, or the co-operative of one. As Women’s Aid states:

“Such requirements hold women and women’s services responsible for preventing ‘extremism’ in the same way that they are already are held accountable for their own abuse and the impact of it on the lives of children.”

The conflation of domestic violence with ‘extremism’ through this latest ‘research’ by the Home Office shows that the government aims to extend the cultural misunderstandings and foundations on which PREVENT is built, more broadly into society.

Women should raise their voices against the Home Secretary. Those who have been campaigning against PREVENT since its inception know that this latest move by the HO will be deeply counter-productive, and in reality work against safeguarding women, effectively silencing them.

For this reason, the PREVENT policy must go, and we must move towards a society free of ‘counter-extremism’, one that is based on trust in the public sector, and co-operation with each other, rather than being driven by suspicion and fear.

Tahira Amatullah, is an activist investigating matters of national security. She currently works at CAGE as a senior editor.