Dismantling Racial Prejudice in Society, From Education to Media

by Najat Jebari in Identity on 14th December, 2020 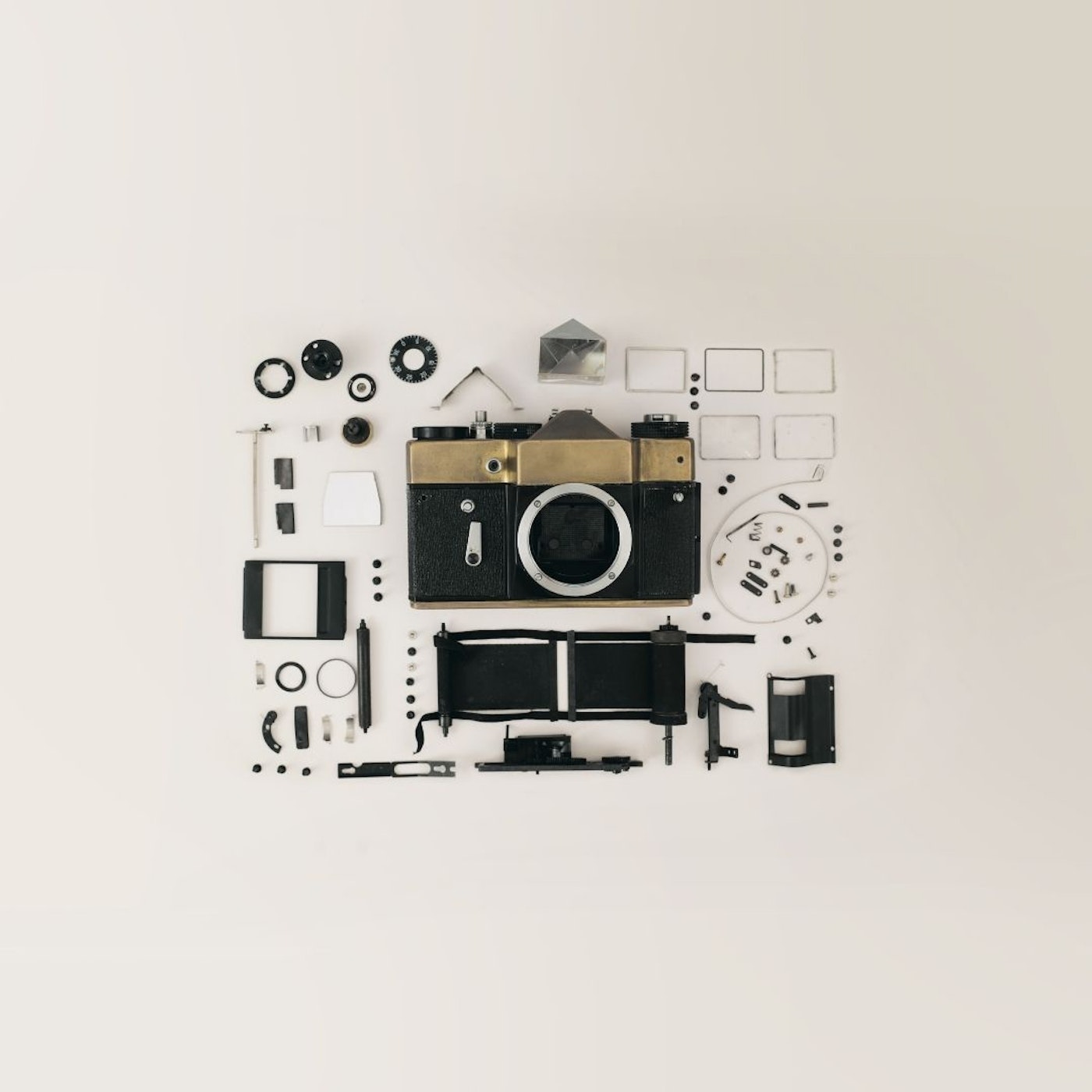 The dismantling of racial prejudice is both a complex and intricate process. Not only does it require a review of institutional systems and policing methods, but it also demands an unravelling of the deep-rooted unconscious biases that exist in all facets of a person’s psyche. The resurgence of the Black Lives Matter movement following the killing of George Floyd illuminated the struggles of Black people in America. In many ways, it has forced the facilitation of honest dialogue about racism and placed greater accountability on those in positions of power. In comparison to the US, the UK’s relationship with racial prejudice is much less overt. However, the thinly veiled issue of racial prejudice still exists and requires a closer inspection of both our education system and media narratives.

Statistically, racial prejudice has been quantified in numerous studies and data analysis in the UK. In a 2019 study conducted by the Centre for Social Investigation, Nuffield College, at the University of Oxford, it was found that in the process of job hunting, where two candidates submitted a CV with identical qualifications, academic achievements, and experience, British applicants from minority ethnic backgrounds (and with minority ethnic-sounding names) had to send 60% more applications to employers to get a favourable outcome, in comparison with a white applicant of British origin. This exposes the fragments of systemic racism that are often deeply embedded in institutions and disadvantage ethnic minority applicants where they need to work much harder to be noticed or recognised, despite having the necessary qualifications. The findings in this experiment sadly echo the plethora of other field experiments between 1969 and 2017, where the results outline how racial bias (whether conscious or unconscious) plays a contributing factor to the differential treatment of ethnic minorities in Britain.

Similarly, news reporting can also shape a person’s perception of specific groups and communities. In a report conducted by the European Research Centre on Migration and Ethnic Relations, it was found that the portrayals of ethnic minority communities in the news were a lot more negative. ‘Divide and rule’ tactics such as the labelling of one community group as “bad” and another as “good” were commonly used to vilify specific groups. When we look at the film industry, the open wound of racialised portrayals is exposed further. This is perhaps most evident through the “Riz Test” which was inspired by a 2017 speech given by British actor, rapper and activist Riz Ahmed, in the House of Commons. In his speech, Ahmed articulates the need for greater and more positive representation of Muslims in film and TV, and the Riz Test explores this further by exposing the often-one-dimensional depictions of Muslims in the media. The test itself sets out five criteria by which a movie or television series can be measured to indicate whether it enables a stereotypically negative view of Muslims to persist. One of the questions, for example, asks viewers whether a TV or film presents Muslims as “irrationally angry”, “a threat to a Western way of life” or “a perpetrator of terrorism”. Representations like these are, unfortunately, commonplace, with an Ofcom report in 2018 highlighting that the portrayals of South Asian characters were heavily stereotypical.

So how exactly do we dismantle the structures of racial prejudice?

One of the starting points is arguably the tackling of unconscious bias. It is a well-known fact that racism and prejudice are learned behaviours. They are often taught in childhood and reinforced in adulthood. This was uniquely demonstrated in Jane Elliott’s school experiment in 1968, where she separated her all-white classroom into two separate groups based on their eye colour. She told the brown-eyed students of her class that they were far superior and bestowed upon them certain privileges, whilst telling the blue-eyed children that they were far inferior and less intelligent. The results that soon materialised from her experiment paved the way for a greater understanding of racial discrimination in America. Not only did the brown-eyed students begin to act arrogantly and perform better in tests, the blue-eyed students began to accept their inferior status. Such a simple experiment highlights the powerful impact of social conditioning, particularly at young impressionable ages. If racial prejudice and racism is an attitude that is learned then it can certainly be one that is unlearned. The unravelling of unconscious bias could then ideally begin in the classroom. Quite interestingly, when the experiment was re-conducted in the UK as part of a TV show in 2009 ( titled “How Racist Are You?”), some adult British participants were far less receptive to the experiment and its exposure of the racial prejudices and power imbalances that sometimes exist.  Arguably, the denial of the existence of racism by some participants only went so far in illustrating the importance of the experiment.

At an institutional level, this dismantling should take the form of listening to academic calls to decolonise the curriculum in schools and implementing recommendations from past government-commissioned reviews on how to prevent racial discrimination in the UK. Although the verb “decolonise” may invoke the occasional eye roll from skeptics who believe it is a cry for the removal of white voices, the demand to diversify the voices in educational curriculums merits serious consideration. What this means in practice is an expansion of reading lists in disciplines such as History and English Literature to incorporate ethnic minority authors and historical figures. Teachers and those working in the education sector need better support and there needs to be an expansion of the material and resources in curriculums for them to easily utilise in their lessons. Polls conducted by a variety of news outlets and independent editorial book sites such as Book Riot have demonstrated that a multitude of BAME writers could be included as part of the UK educational curriculum. The likes of Arundhuti Roy, Malorie Blackman and Khaled Hosseini serve as ardent reminders of the diverse talent that already exists. When looking at history lessons, historical figures such as Mary Seacole and Lilian Bader could also effectively showcase the societal contributions of BAME individuals in UK history.

From a representational level, media outlets and production companies that act as story-tellers to young audiences need to ensure they are diversifying characters and narratives on-screen. In a 2020 study by the Creative Diversity Network (CDN), where over 30,000 of UK TV production staff were surveyed, it was highlighted that ethnic minorities are “overrepresented” on-screen, with 22.7% of characters coming from a BAME background, despite the BAME population only accounting for 12.8% of the UK. However, these results emphasise the quantitative strengths of diverse representation on-screen in the UK, little attention is given to the qualitative weaknesses of such representations. Often, BAME characters serve as secondary characters in storylines. This was illustrated in an extensive research project conducted by the British Film Institute, which focused on the inclusion of Black characters and actors in film. The results from the project demonstrated that across an analysis of 1,172 films in the UK, 59% of those movies do not feature a single Black actor in any named character role. Films that did include multiple black actors tended to revolve around stereotypical subjects such as the civil rights movement in the U.S., slavery or crime. Arguably, you could make this same argument for other ethnic groups such as Arabs and South Asians who are generally depicted in one-dimensional, stereotypical films or TV shows that revolve around gender, religion or oppression.  Moreover, the CDN’s study did outline the substantial lack of BAME representation in many off-screen roles within major broadcasting and production companies in the UK, particularly at a senior level. This is seen, for example, with writer and director roles, where BAME individuals only comprise 9.1% and 8.6% respectively.

We have already seen nods to transformative change, with many broadcasters and organisations promising to deliver on diversity and foster a more inclusive culture and space for BAME individuals. This is seen, for example, in the BBC’s pledge to increase diversity through investing £100m of its TV budget toward producing more diverse content. Some  schools are also beginning to diversify their curriculums.

In the wise words of broadcaster and writer Afua Hirsch, society and the media are now under pressure to change and eradicate racial inequality. This is down to the work of grassroots groups and activists who are highlighting injustices all across the globe, and the awareness being raised on social media.  Many organisations have been pushed to make the necessary changes toward greater diversity and inclusion, but there is still a long way to go. Changes to the educational curriculum to account for greater diversity and a push toward a wider breadth of representation (both on and off-screen) will only benefit society by nurturing a more cohesive, tolerant and inclusive community. It is imperative that the positive changes stemming from the Black Lives Matter hashtag movement are not just little ripples in the water but are continuous waves of change.

Najat is a corporate business strategist and writer. She graduated from SOAS with an LLB (Bachelor of Laws) degree and has worked in legal automation and the not-for-profit sector in legal advisory roles. She is a member of the educational charity Future First and, in the past, has served as Head of English at a tuition centre in London where she gained a unique insight into the educational barriers to social mobility. Her interests span across politics, law, business, media and education. You can find her on Twitter and Instagram @Najat_Writes