The Inquisition’s False Victory: Reflections on Andalusia and the Mosque-Cathedral of Córdoba 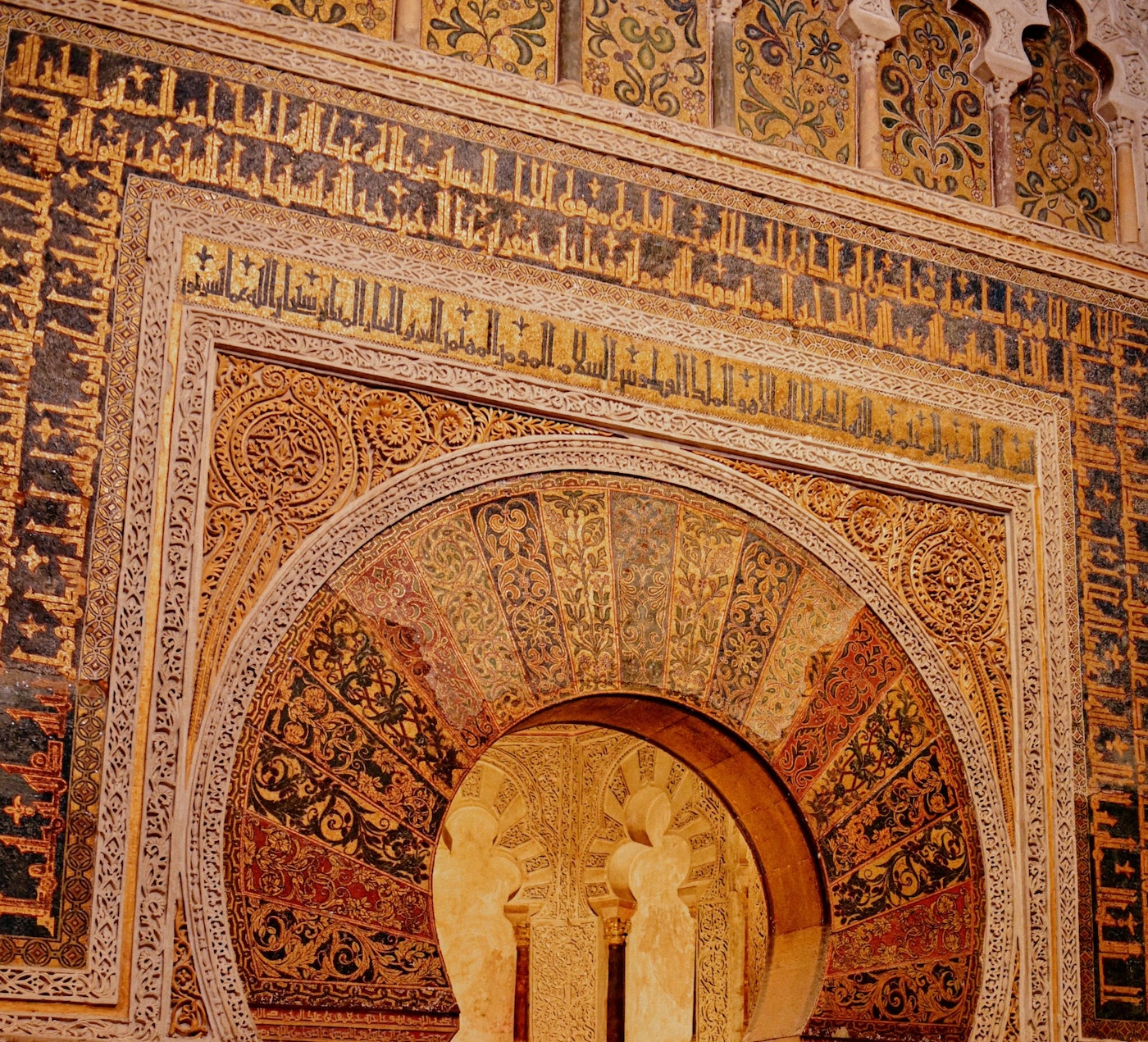 To walk the winding streets of Cordoba is to witness the beautiful intricacies of contradiction. This clash is none the more evident than the city’s prized architectural feat, The Grand Mosque itself.

Arabic scripture etched into the Mezquita’s towering walls stands across from a row of shops advertising salacious merchandise. A nearby hotel proudly shows off its name ‘El Conquistador’. Restaurants with Moorish names hang pork legs from their windows, a tradition that stems from a conquistador practice, used to flush out Muslim and Jewish neighbours.

This cultural tension manifests itself not only in societal practices, but the city’s architecture. 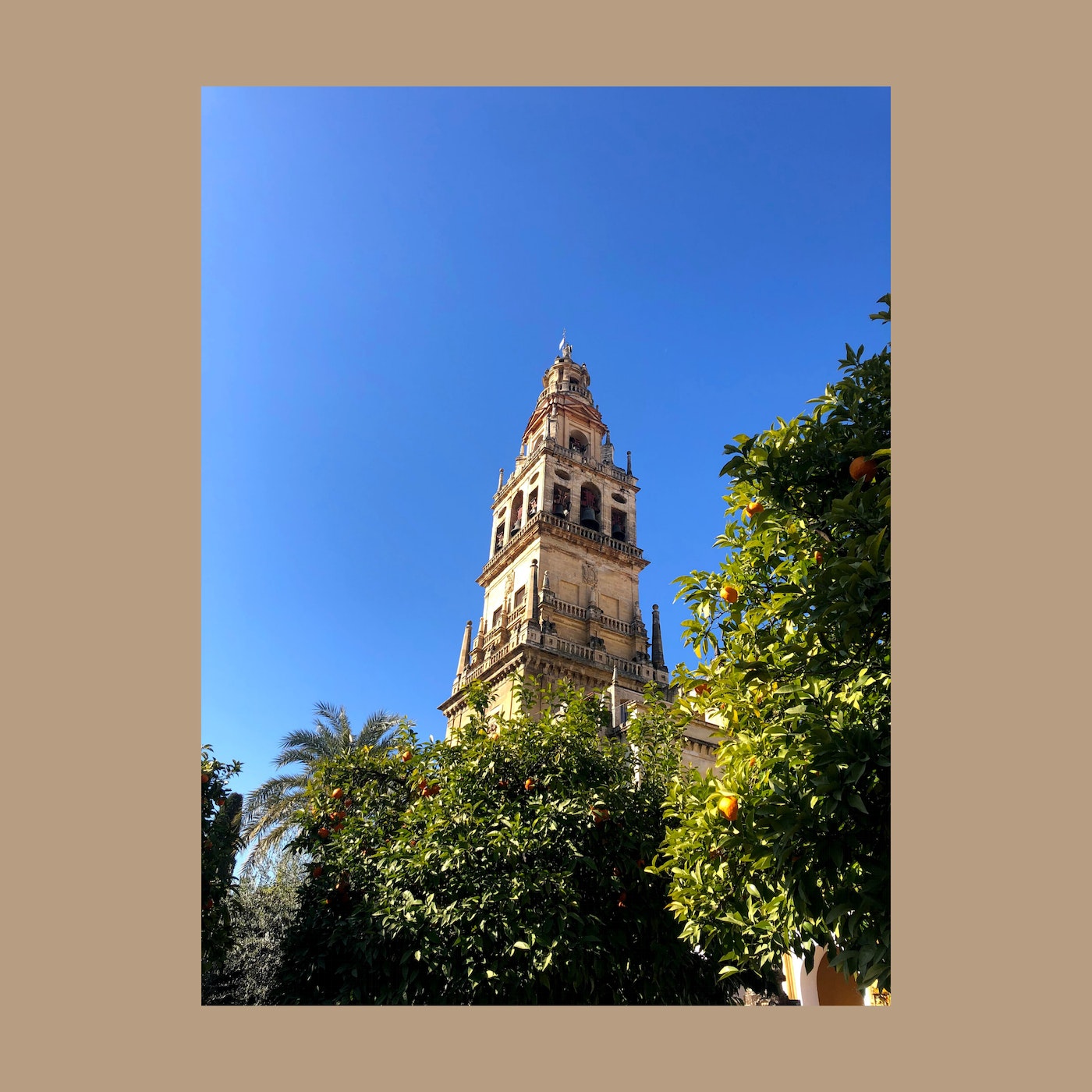 When Spanish conquistadors took over Cordoba in 1236, many Jewish and Islamic artistic influences were destroyed. As a symbol of the new empire’s dominance, the centre of the Grand Mosque was demolished, and replaced with a towering Catholic cathedral. The Mosque’s minaret, the tower used to call for prayer, was replaced with a towering church bell.

Fortunately, much of the mosque’s interior and exterior design has been preserved. Aniconic techniques of calligraphy, geometric ornamentation, and floral design cover the walls and ceilings. Horseshoe arches extend in seemingly infinite rows, reminiscent of the architectural feats of the 8th century. The mihrab stands alone, covered in imported tiles and dazzling gold ornaments. Mathematical patterns lay everywhere, drawing importance to the Oneness of Islamic creed.

Among the mosque’s beauty, lays a staunch reminder of its conquest. Catholic images and sculptures appear almost forced alongside the Mosque’s original earthy décor. The windows that once allowed sunlight to pour into the building, highlighting its beauty, are closed off. The interior, while still breathtaking, is only enjoyed through dimly lit chandeliers. 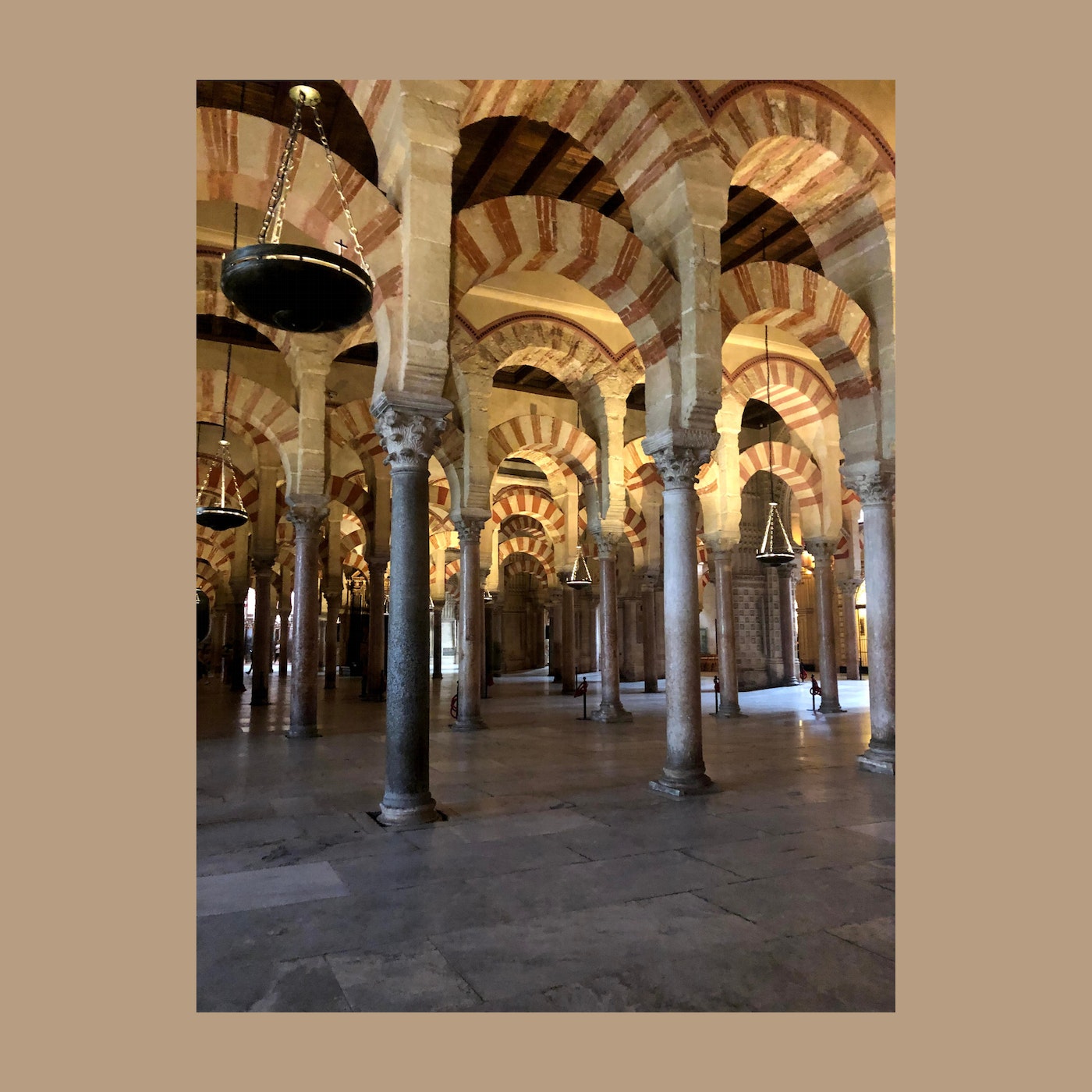 A modern day reminder of the inquisition is realized in the prohibition placed on Muslim worshippers, barring them from praying in the Mezquita. Upon entrance, Muslim visitors are singled out and verbally reminded that they are not allowed to pray. On Sundays, this confrontation occurs directly across from Sunday Mass, where Catholic worshippers congregate in the center of the Mezquita, free to worship as they please.

This barring of prayer begs the question – how powerful is this one act of worship, that it strikes such fear into the hearts of those who claim to have conquered it?

Muslim visitors who want to pray are directed to a small mosque a few streets down. Mezquita de los Andaluces is tucked away in a quiet courtyard, hidden away from the bustle of the busy markets surrounding the Grand Mosque. Despite its size, visitors are enveloped in an enchanting sense of tranquility the moment they enter. Beyond an engraved wooden door, an ablution fountain pours serenely, surrounded by lush greenery and high walls.  The Musallah (main prayer hall) is decorated with lush red carpet, and pillars that resemble the caliphal architecture of the Grand Mosque. Qurans and Islamic texts in Spanish and Arabic spill out of bookshelves, warmly lit by hanging chandeliers. Carved windows welcome the slow breeze and soft murmur of the outside world. Travellers from across the world pause their journey here for a moment of silence. 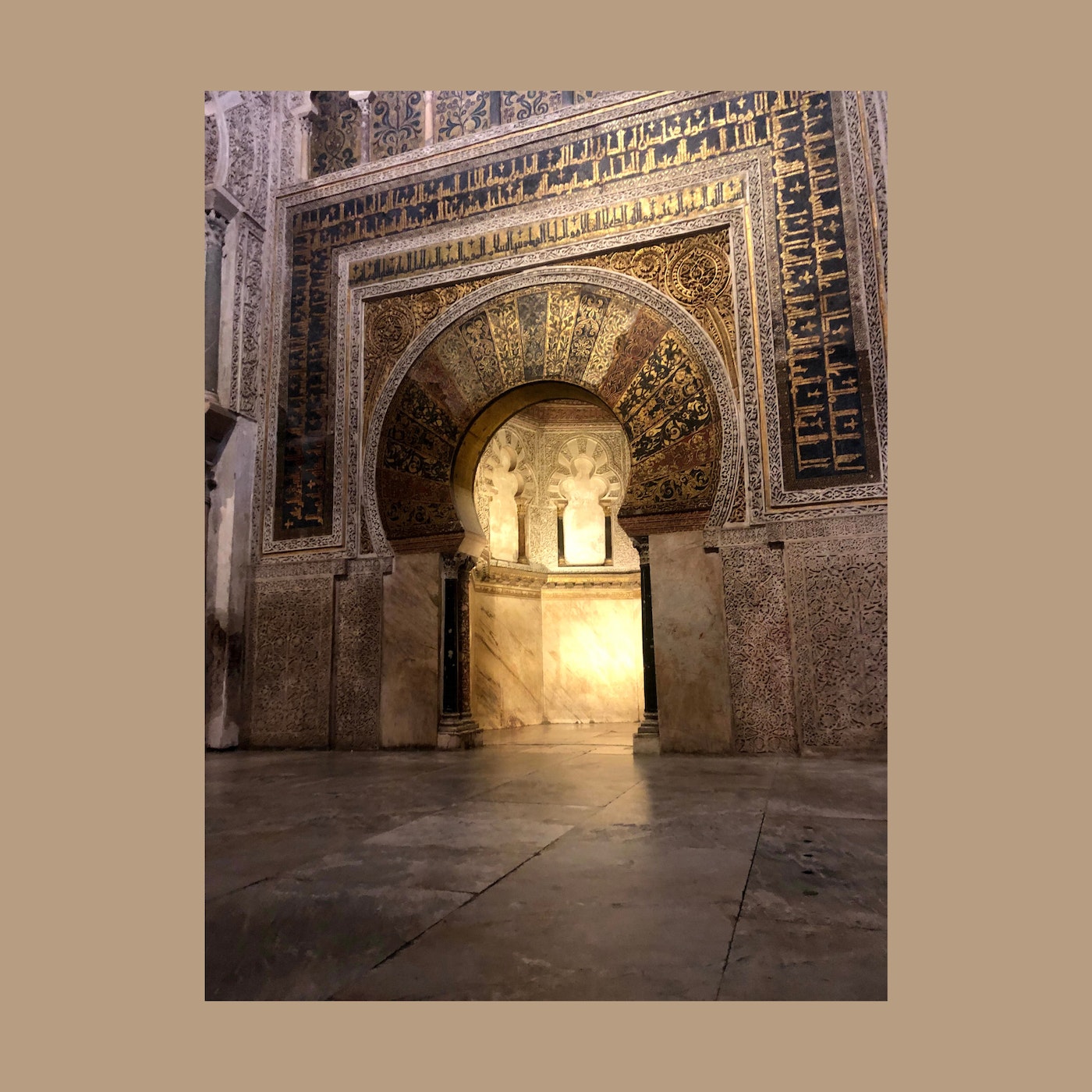 In these moments, it is easy for one to feel as though they have been transported back in time.

This encapsulated feeling is soon violated.

Tourists who march around the Grand Mosque-turned-museum soon discover the smaller masjid, and enter with the same sense of entitlement and objectification. Breaking the threshold of silent reflection that characterises Islamic worship. These tourists talk among themselves, touching sacred texts in a state of impurity, and taking pictures of worshippers as though they are a museum exhibit.

To visit Andalusia is just that – to witness mosques turned museums – to watch a century long inquisition do what it does best…silence.

This aspect of silencing is deeply engrained in Spanish society. The history of the Moorish empire, which lasted from 732 c.e. to 1492 c.e., is not taught in Spanish schools. A history that encompasses groundbreaking intellectual, medicinal, and architectural finds. A period that witnessed unequivocal peacemaking between religious and ethnic groups. All this, remains unstudied on the very soil in which it existed. 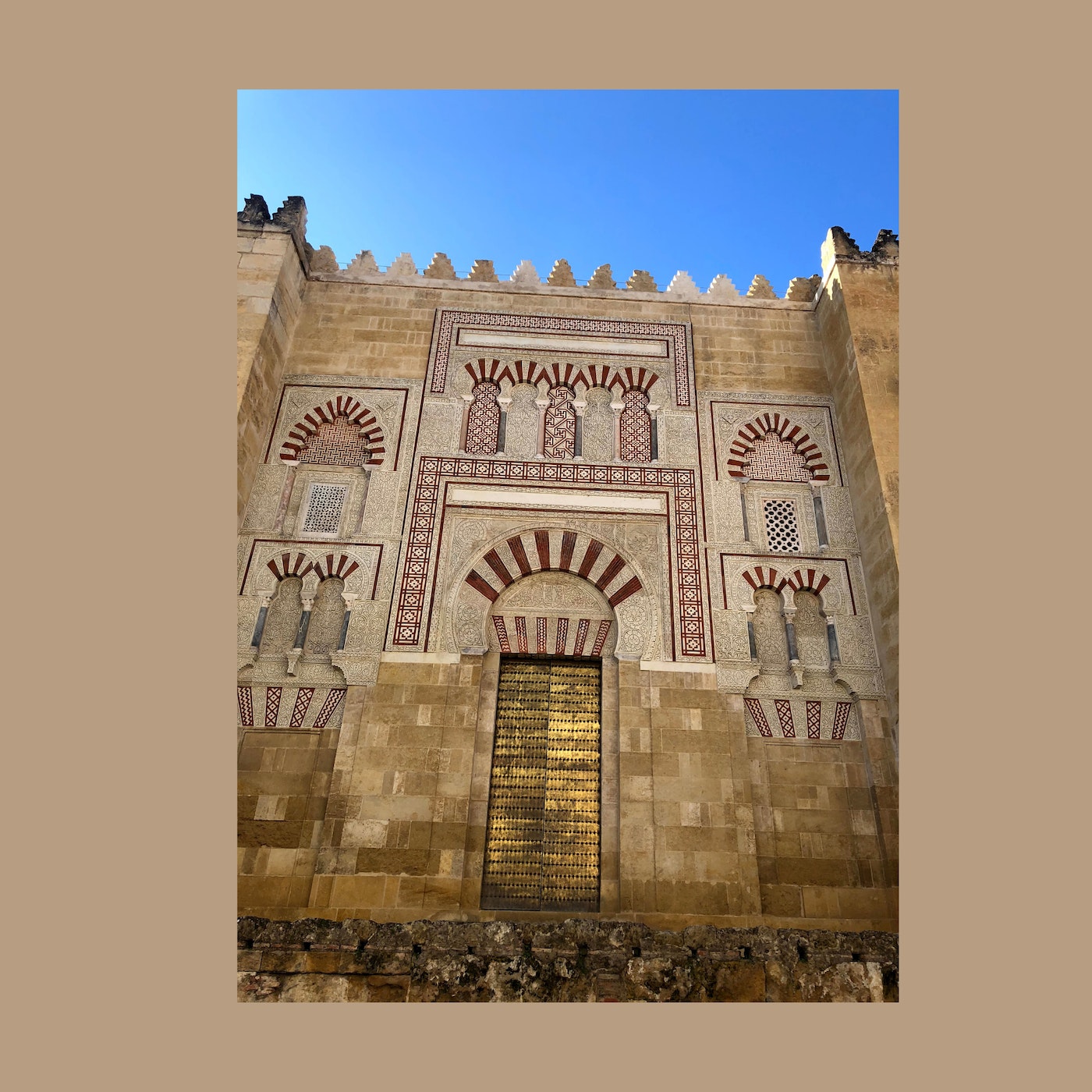 Nonetheless, the Muslims of Andalusia continue to persevere. Universities are filled with women in hijab, who carry on a legacy of female empowerment and Islamic scholarship. On any given Friday afternoon, you will find congregations of Muslims praying Jummah prayer public parks. Worshippers overflow into the surrounding lawns, as the call to prayer reverberates through the main courtyard. Places like Casa Andaluci preserve the essence of Al–Andalus with a collection of literary and artistic works that characterised past empires.

A reminder that what once was,

and will flourish soon again.

The breeze is tinged with a scent of orange trees and false victory.

It echoes through cracked mihrabs and

Whispering a story of resilience.

Calls of the Adhan echo through your remnants.

The paths walked by Ibn Arabi and Maimonides,

breathe sighs of relief as believer’s footsteps kiss them.

The birds sing a melody of welcome.

The trees dance to a song of rejoice.

The fragility of their conquest

Lays proven in their fear of a single prayer.

They rush to restrain

A spirit that exists beyond flesh.

A force so strong,

The Earth itself rejects their conquer.

Kaleemah is an author, poet and community organizer based in Northern California. She recently graduated with a BA in International Relations, and is interested in topics of diplomacy and peace & conflict theory. As a multi-racial Muslimah, Kaleemah is rooted in Black liberation theology as defined through the legacy of Malcolm X. She enjoys spending time in nature, dancing and storytelling. On any given day, you'll find her either sitting beside her cat and pile of half-read books, or developing a new self-care routine. Instagram: @melanchol.ink

Save a Life, Save Mankind: British Islamic Medical Association Putting This Verse Into Action