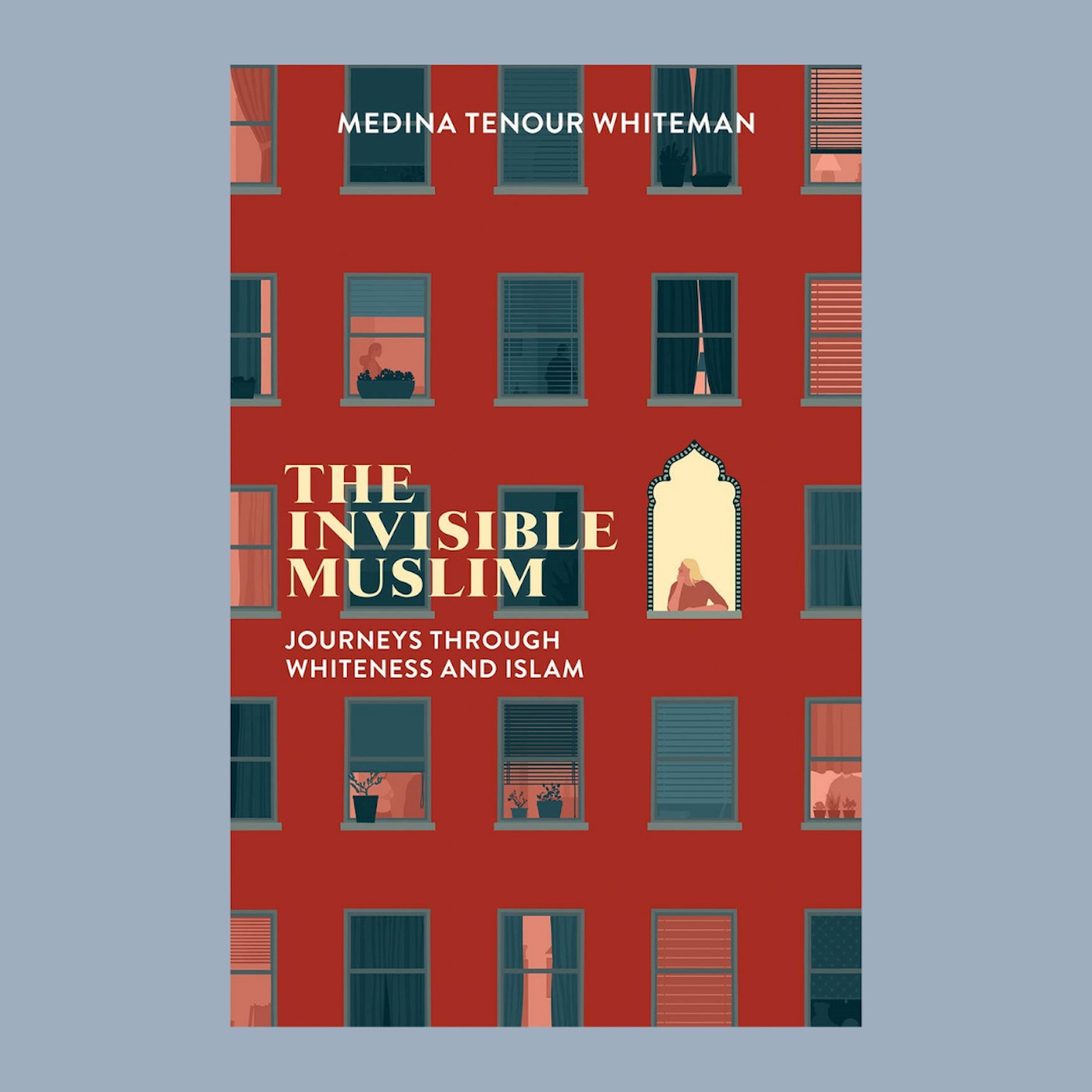 Medina Tenour Whiteman stands at the margins of whiteness and Islam. An Anglo-American born to Sufi converts, she feels perennially out of place—not fully at home in Western or Muslim cultures. In her latest searingly honest memoir, The Invisible Muslim: Journeys Through Whiteness and Islam, Whiteman contemplates what it means to be an invisible Muslim, examining the pernicious effects of white Muslim privilege and exploring what Muslim identity can mean the world over—in lands of religious diversity and cultural insularity, from Andalusia, Bosnia and Turkey to Zanzibar, India and Iran. Through her travels, she unearths experiences familiar to both Western Muslims and anyone of mixed heritage: a life-long search for belonging and the joys and crises of inhabiting more than one identity.

Below is an excerpt from Medina’s latest book…

“Whenever I meet someone new, a question burns like an extra-hot mint in the back of my mouth: Where are you from?

I have always taken to heart the Qur’anic statement that humans were created ‘in nations and ethnic groups so that you may know one another’,1 and passionately believe that human stories of heritage and journeys can be incredible horizon- openers. But if I’m talking to a person of colour, I’ve learned (the stupid way) that this is a very sensitive topic to broach. Often I have been reminded that a new acquaintance is not only Pakistani, but also—and maybe primarily—Glaswegian, Mancunian, or Welsh.

Having never been made to feel unwelcome because of my ethnicity, being asked where I’m from isn’t triggering. I take it as a perfectly innocent icebreaker. Maybe my interlocutor knows my hometown or has some piece of trivia to share about it. But for a person of colour, the question ‘Where are you from?’ most likely touches a nerve rubbed raw from innumerable reminders of their Otherness. Talking with people of ethnic minorities, it quickly emerges that we white people are, on the whole, clueless. We put our collective foot in it almost constantly with comments that may not seem individually awful but that trigger painful resonances of injustices past and present, ranging from Partition to European colonialism in Africa, from transatlantic slavery to racial profiling and police brutality—injustices far too numer- ous and far too profound to be enumerated and fully discussed in any single tome.

Let’s imagine, for a moment, a person of colour asking a white person in the UK where they’re from. Everyone has come to this island from somewhere, right? ‘It’s not an equal exchange,’ says my Palestinian American friend Yasmeen. ‘If you’re a white per- son, you have a position of power and privilege in the West, whereas I’m a visibly religious minority that’s demonised constantly in the media, so you asking where I’m from is like, “You’re in my territory, where do I place you?”’

I actually do get asked where I’m from sometimes on account of my Arabic first name, incongruent with my surname and the ethnicity to which the latter points in large, neon-red letters. One Belgian friend’s mother said about me, ‘Her name’s Medina? She must be Arab. You can’t be English and Muslim— is she half-Muslim?’ By looks I could be Dutch, Swedish, Scottish, Canadian, Australian. When I was speaking French in Morocco, someone asked if I was Lebanese. To the question of where my name comes from, I could probably get away with replying, ‘I had hippie parents; my middle name is Cucumber,’ but it feels inauthentic.

However,  if I thought that having a foreign-sounding name would put me in the same camp as the Other, I was mistaken. Being asked where your name is from reveals an assumption that you’re still one of the gang—it’s just your name that’s different. Having an exotic name can be an asset; having exotic genes often isn’t. But names are not just superficial add-ons, and for me my name is an integral part of my Muslim identity. While many converts to Islam choose to change their names, for me the name I was born with is a lifeline to a community from which my whiteness can sometimes distance me.

‘Third culture kids’—people raised in cultures different from their parents’—often say they don’t fit in either camp, always belonging too much in one to fit comfortably in the other. I’m starting to wonder if I’m so curious about where others are from because it’s such a tricky question to answer myself. And if you can’t tell me your origins in a single word, then we’re both in the same boat.”

Medina Tenour Whiteman is a writer, poet, translator and musician. She is the author of a collection of poetry, Love is a Traveller and We Are its Path, and Huma’s Travel Guide to Islamic Spain. She lives near Granada, Spain, with her husband and three children.

Order a copy of The Invisible Muslim: Journeys Through Whiteness and Islam now – available in Hardback, Paperback and as an eBook.