by Mariya bint Rehan in Identity on 25th February, 2021 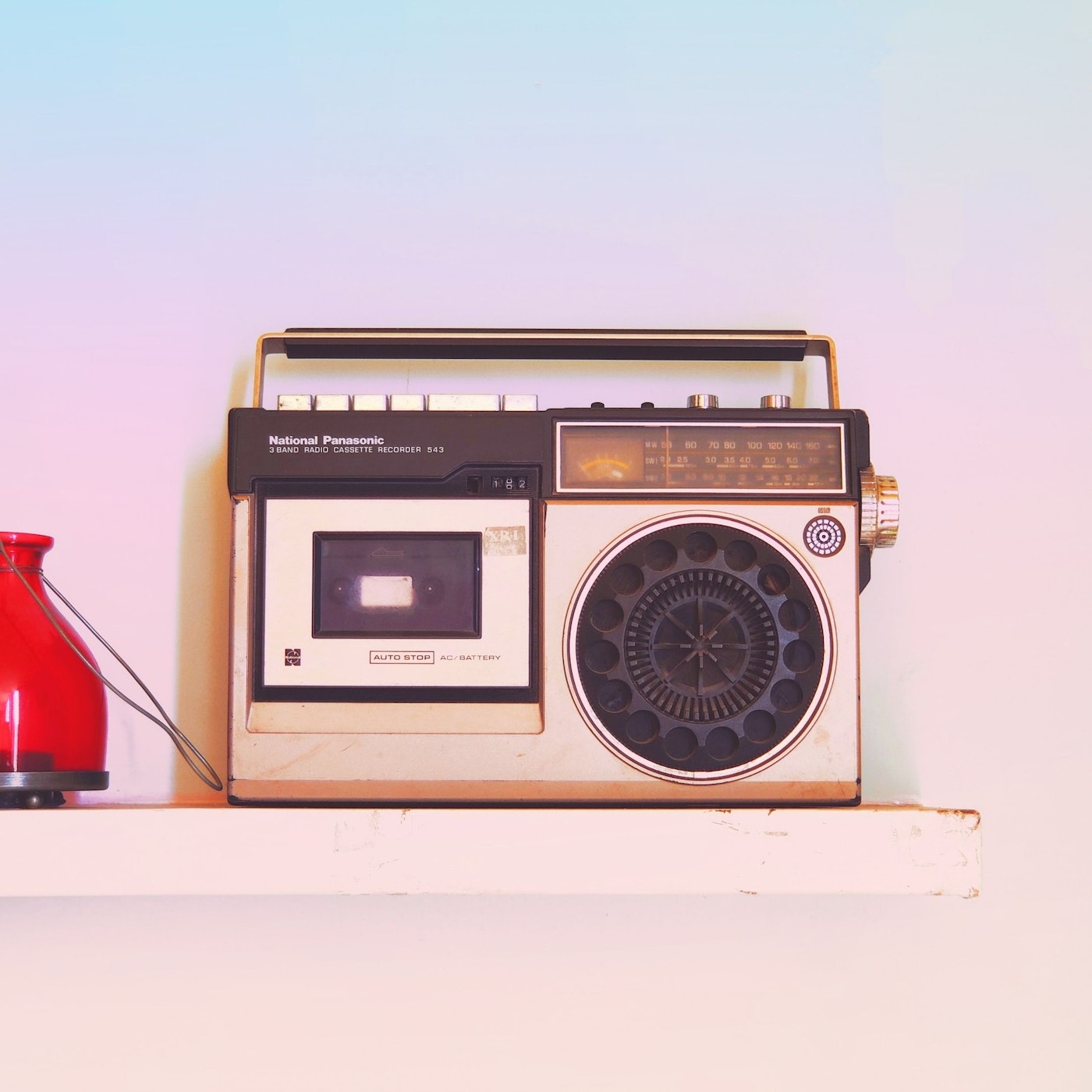 Toni Morrison famously cites racism’s greatest achievement as distraction. Like the resonating tones of a standing bell, this quote only appears to reverberate within my consciousness, renewing and deepening my understanding of it with time.

And so it was, as I unwound from another day of emergency covid home schooling, that the viral clip of Zara Mohammed on BBC Woman’s Hour reared its infuriating head on my Twitter feed. I tend to refrain from surveying mainstream news outtakes that are doing the rounds on Muslim Twitter with all the ease of a veteran. With age, the rage incited by the kind of open, shameless bigotry often levelled against Islam tends to loose its impassioned sheen, leaving a jaded and hardened shell of emotion devoid of any motivating impulse that might render it productive.

Unfortunately the justified optimism I felt at Zara’s appointment as the youngest, and first female leader of MCB (Muslim Council of Britain) meant I let my guard down and pressed play expectantly.  The bitter taste it left in my mouth distracted me from the rest of the evenings planned activities. The emotional muscle memory threw me off course from the communal, celebratory sentiment of this moment in British Muslim history. It jettisoned the next few minutes of mindless internet browsing in exchange for several hastily drafted, and soon deleted, messages to friends to pent out the frustrations it gave rise to. And ultimately it’s led to me sitting here typing out this riposte, despite my best intentions not to.

I fully acknowledge the well worn argument that Muslim women’s energy is wasted responding to the rippling impacts of bigotry and false stereotype.

The ‘Inception’ levels of irony that I sit here wasting time and energy responding to an incident in which another Muslim woman’s time and energy were wasted, is not in any way lost on me. But what prompts the response is, similarly, what I feel occurred during that barely one-minute long excerpt: an inability for us as Muslims, and Britons, to address what I feel is the true matter at hand, a kind of restrictive cultural straight-jacket which prevents us from being able to have anywhere near a meaningful dialogue concerning difference.

There is no doubt that Zara behaved with composure and grace throughout the interview, and maintained every level of grace despite the unabashed levels of arrogance and paternalism displayed in that now infamous clip. And contrary to what either side of the debate said – I believe Mohammed was more statesmanlike than many of today’s seasoned politicians, I believe she responded to the confrontation in the only way it could have been, given the circumstances.

It is clear she was well appointed, and my optimism doesn’t wane in the slightest in light of the events that unfolded under the obviously performative outrage of the show’s host. Conversely, I also don’t blame Barnett personally for the glaring misgivings exhibited in the clip any more than I blame her for showing bias against any other guest that may not align with her own strategic political positioning. The illusion of impartiality in broadcast journalism no longer exists for me. And I do buy into the argument that Muslim leaders should be held to account in the same way that other political or cultural figures are, while simultaneously acknowledging that, like most BBC broadcasters, Barnett will shrewdly choose whether or not to give a guest a run for their proverbial, or actual, money.

It exposed the parameters of public debate in such an acute and jarring way, that it left me with all the frustration of an unvoiced truth, of a topic that, due to social conditioning, language appears to be inadequate for. The presenter  has Zara in a rhetorical headlock, knowing full well the power imbalance was in her favour and not the Muslim guest’s, because there are certain issues that Muslim public figures simply cannot address, and some tropes concerning Islam that are so entrenched in popular consciousness that we appear to have to forbear them. There is a brick wall when it comes to public conversation that encloses Islam and presents certain topics as off limits outside of the incendiary, mainstream narratives that have come to define them.

I don’t believe that the BBC Women’s Hour team is obtuse enough to be entirely ignorant to the fact that Islamic institutions and structures are not analogous to those of Christianity or Judaism.

I’m sure even if she was unaware that Islam has no system of clergy, that she would at least know that our practice of worship is so starkly different that the very role of an Imam has no comparison outside of Islam from which to draw a parallel. I am sure she might even be able to stretch her mind enough to encompass the fact that these may not be hierarchical structures in Islamic thought. Yet she continued her line of interrogation knowing full well that the well ingrained asymmetry of gender relations in secular patriarchy, constantly imposed on Islam, meant there was absolutely no way to have anything other than a polemic debate on the issue. An issue which I think it would be insulting to say requires nuance because, frankly, it’s discourteous to human intellect to continually imply that anything beyond the forged and farcical black and white, Islamophobic narrative requires additional thinking.

By now, 1442 years on, we as a human race should surely have moved past the idea that Islam is a shadowed inversion of liberal humanism or the equally fallacious notion of Judeo-Christian values.

Emma Barnett’s self-positioning as a paragon of liberal virtue meant she was able to probe and interrogate Zara on issues of gender in Islam with the absolute impunity granted of someone from a non-Muslilm, white-passing background. She was able to impose her very singular, privileged idea of gender equality onto the rich tradition of Islam, and use that as a measure of objective worth. We as an audience have become so accustomed to accepting that anything other than secular, liberal endeavours toward gender parity fall short of a universal standard of fairness and equality. Islam is so marred in public imagination and political discourse that there is simply no rhetorical space to pursue anything other than a secular standard of gender equality. Therefore there was no way a meaningful discussion regarding the role of religious leadership could be had.

At this point, the rest of the interview may as well have been done in full clown make-up to match the sheer pretence and rehashed nature of this farcical, mime of a performance, the physical and ideological posturing, as though you might actually expect a response to a question as politically loaded and condemning as ‘How many female Imams are there in Britain’ – a question which I would expect to see misspelled on the placard of a disoriented participant of an EDL march. So direct is the line between so-called sophisticated political discourse and racist yob culture. This cat and mouse game was one that, politically speaking, left no room for dialogue or debate. Any response other than diverting the question would have overshadowed more than the interview and Zara’s appointment, and for that reason alone, I commend her for so expertly doing so, and not falling into the trap of incrimination. And it was this air of resignation that rang through the interview, and which felt almost palpable.

Islam in Britain is currently relegated to playing a catch-up game to the tune of modern, liberal culture, which starves it of its own language and value system. We are so distracted by this constant effort to justify and qualify our belief system we often lose sight of it entirely.

While it needn’t be said, given its glaring omission in dominant narratives; female leadership has a long and healthy tradition in Islamic law and scholarship. The issue of leading prayer, for the majority of Muslims who follow the orthodox position on this, is not nuanced, or complicated. It follows an illustrious tradition leading back to the Prophet Muhammad (PBUH), in which men are instructed to lead mixed-gender prayers. And a fact that would unite Muslims on either end of the liberal/orthodox spectrum is that either way, this does not lessen the benefit or reward for women.

In perennially justifying Islamic practices through secular paradigms, we lose sight of the fact that worship and prayer are done entirely for Allah alone, and despite the imposition of man-made structures of value, these acts are judged by Allah solely.

Female prayer is no less valuable in the sight of Allah depending on its physical positioning, relative to men, on earth.

The male standard is not what we judge ourselves by.

The worth of our prayer as women is not diminished by the nature of our gender.

We need not inherit hang-ups from a very reductive notion of feminism, and allow our religious identity to be the site for projected social anxieties; this is not our battle. And until we begin to normalise this, first in our own minds, and then through public debate and expression, we will continue to have these false ‘gotcha!’ moments that privilege a singular way of seeing, and which create an unspoken subtext to every debate, tying ourselves up in rhetorical knots and distracting us from the very nature and purpose of our creation. Therefore, while I commend Zara Mohammed, while not particularly caring for or condemning Emma Barnett, I do feel an abiding sense of sorrow for this protracted distraction which, as Toni Morrison says, is one of racism’s greatest achievements.

‘What Do You Think of When You Hear Syria? ’ – Marking 10 Years Since the War in Syria