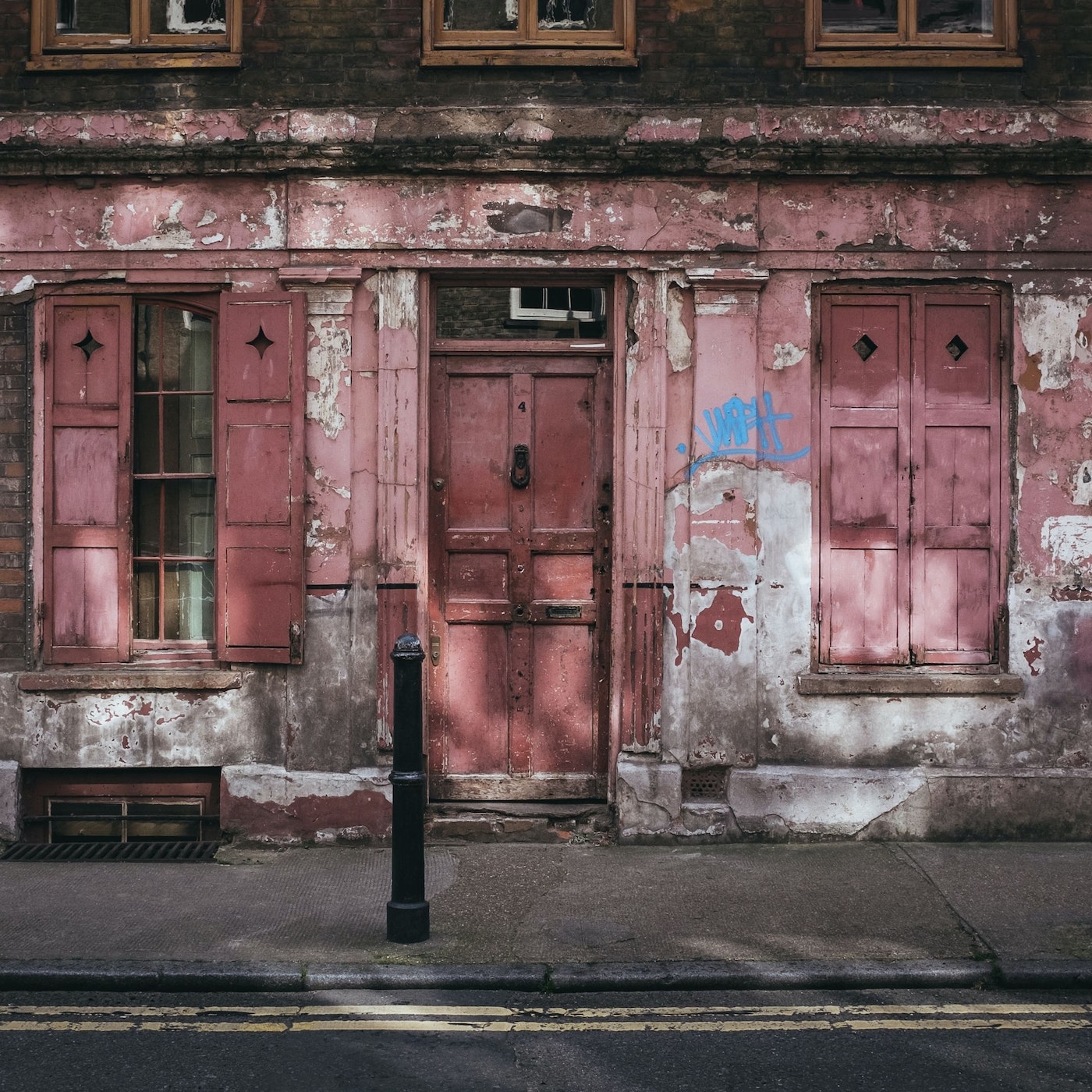 At the south end of Brick Lane, on Osborne Street, is Efes Turkish restaurant. Efes was the famous Clifton restaurant in a previous life, one of the first Bengali restaurants in the area.

Brick Lane and its history

The lane also is a reminder of the not-so recent past where many Bengali, primarily men, worked in leather/garment warehouses as tailors, pressers and machinists. With the east end’s geographical position and its proximity to the area’s docks means it has long served as London’s industrial quarter. For several decades, the area has been a transit point for migrants searching for jobs and cheap board.

Once you reach the corner of Hopetown Street, you are met by a multicoloured gate that marks the entrance to Banglatown. Standing tall and proud, like the area’s Bengali community, the gate is littered with colour, and reminiscent of the colourful arches used in Bengali weddings when someone in Bangladesh gets married. 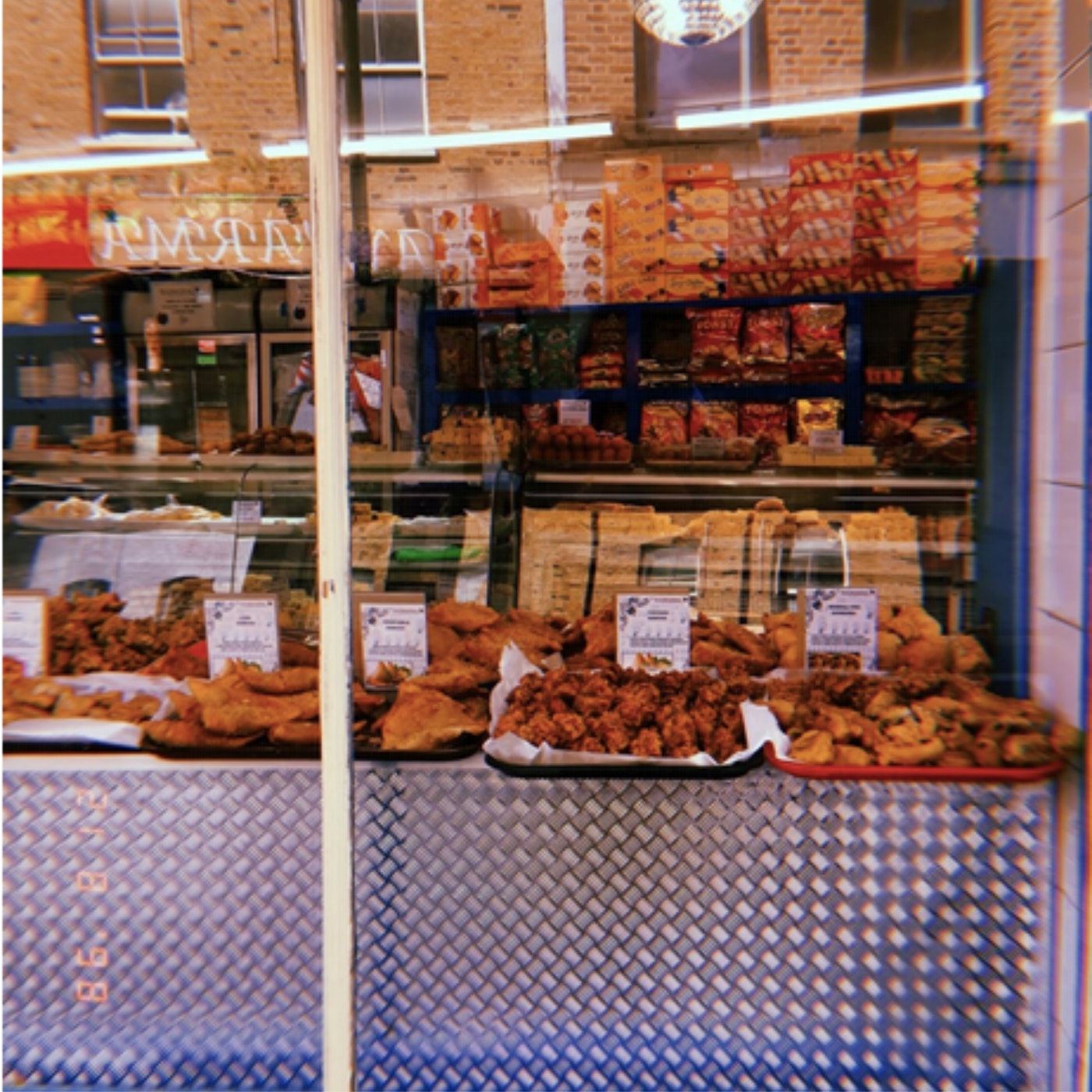 Some of the savoury snacks in Rajmahal Sweets popular in the Indian-Subcontinent.

If you stand outside Rajmahal Sweets and look on to Brick Lane, the glittery silver minaret of Brick Lane Jamme masjid can be seen shimmering above. Each bit of the building tells the story of the different communities that have had a presence in Brick Lane.

This is one of the buildings that stands as a testament to the different communities’ contribution to the area’s history and thereby left a reminder of their presence is the Brick Lane Jamme Masjid building. In his book Salaam Brick Lane, Tarquin Hall talks of his walk through the streets of Spitalfields with Solly, an East End Jew, who points to this building and explains:

“It was built as a church by Huguenot silk weavers in 1743 and since then it’s been a synagogue and a mosque. As each wave of immigrants settled in the East End, they’ve made it their own. After the French came the Irish, then the Jews and now the Bangladeshis” (Hall 2005: 44*)

When the French Huguenots, protestants persecuted by French Catholics, came in the 17th century, many of them were master weavers who revolutionised Britain’s silk industry, giving the area near Brick Lane the name, Weavers Lane.

Then the Irish came in the 1840s during the great potato famine, with the most substantial proportion of white people in Bethnal Green continuing to have Irish surnames.

Several decades later, the East End witnessed the most significant influx of Jews who came after fleeing pogroms following the assassination of Tsar Alexander in 1881. Each community found a way to mark their arrival in the east-end and Brick Lane.

Fast forward back to the present, and you will notice the Bengali community’s mark on Brick Lane in the finest of details.

I share the details of this lane, with a very short overview of the history, to better understand the current events unfolding on the lane, the #SaveBrickLane campaign. Currently, the Old Truman Brewery is currently in the process of seeking permission from the local council to build a shopping mall with four floors of office spaces on top at the corner of Woodseer Street and Brick Lane.

As one of the ten co-founders and members of Nijjor Manush we have been working with a coalition of organisations to object to these plans by the Brewery. On 27th April, the Development Committee of Tower Hamlets Council voted unanimously to defer the Truman Brewery development proposal.

They will now need to account for the impact of their proposal on local businesses and affordable workplaces. In this meeting, it was raised that the proposal received a final figure of 7,122 public objections during the consultation period compared to just 80 in support. 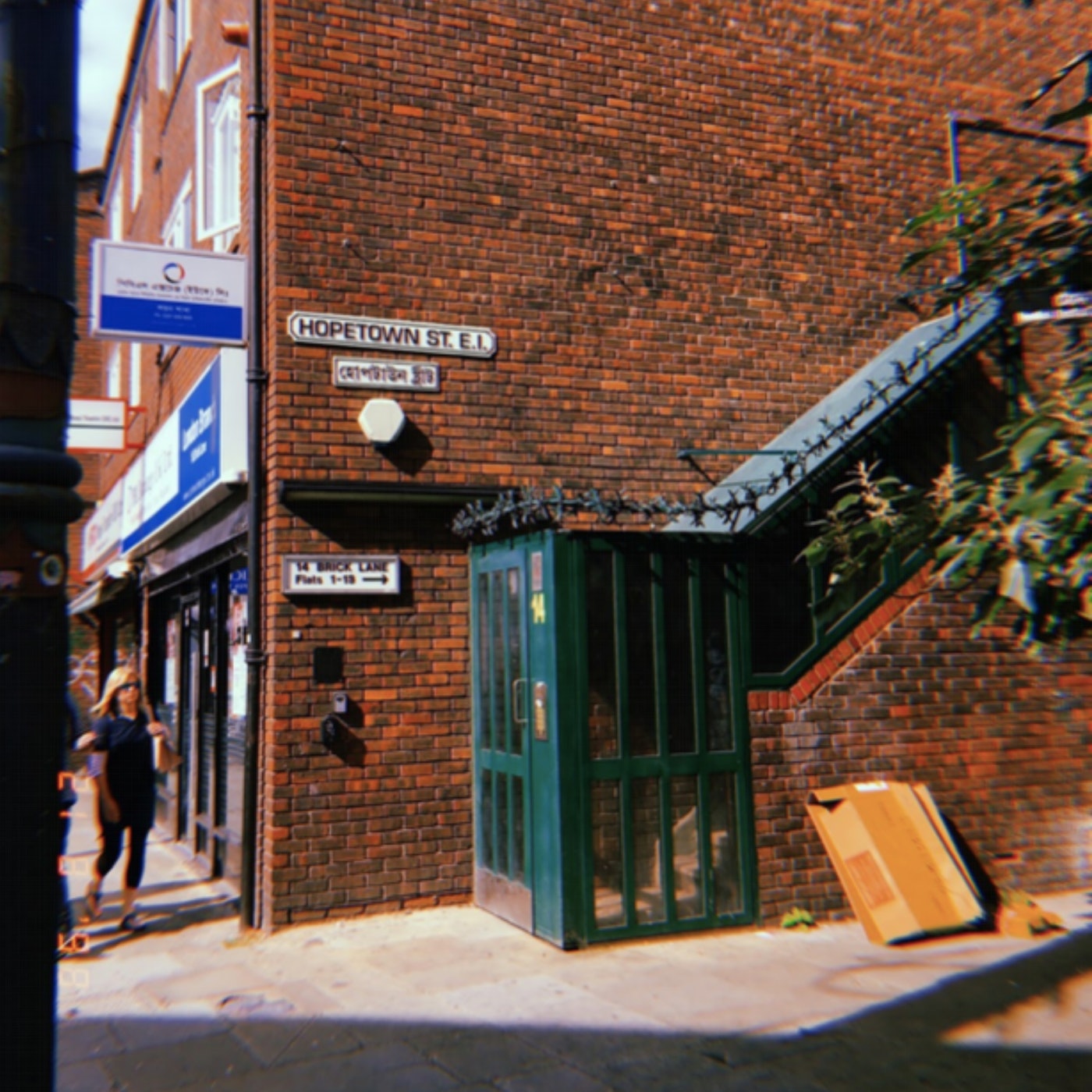 It is important to remember that such developments starkly highlight the inequalities in the borough. Such ambitious projects very rarely consider the needs of the local residents and traders. The future of the local working class communities is intricately tied to such developments who seek to obliterate and socially cleanse areas of those identities and merge its ambitions with those within the middle/upper strata of the class taxonomy.

In order to highlight the severity of what the Old Truman Brewery are hoping to pursue, Spitalfields Trust and Saif Osmani is one of the co-founders of the Bengali East End Heritage Society.

They have collaborated and put together two exhibitions at the House of Annetta. The exhibitions run on the weekends between 12-6pm. One exhibition, Framing Banglatown, traces the local Bengali history through photography and short snippets of interviews, while The Battle for Brick Lane exhibition highlights the nefarious  ways the Old Truman Brewery is attempting to socially cleanse the local working class communities through its poor planning.

If this development goes ahead, we will not only see drastic changes to the lane that will inevitably push out the local communities, it will further highlight the absolute need to resist such greed and capitalist tendencies to shape the city. To remember that this lane has borne witness to previous battles and fights against racists, against the local establishment for better education and housing. This campaign merely seeks to continue this radical tradition of the area.

I am currently a Legacy in Action Research Fellow at the Stephen Lawrence Research Centre, De Montfort University. I research British Bangladeshi Muslims.