In Our Arms: The Zine Project Exploring Sex for Muslim Women

by Arwa Aburawa in Lifestyle on 6th October, 2021 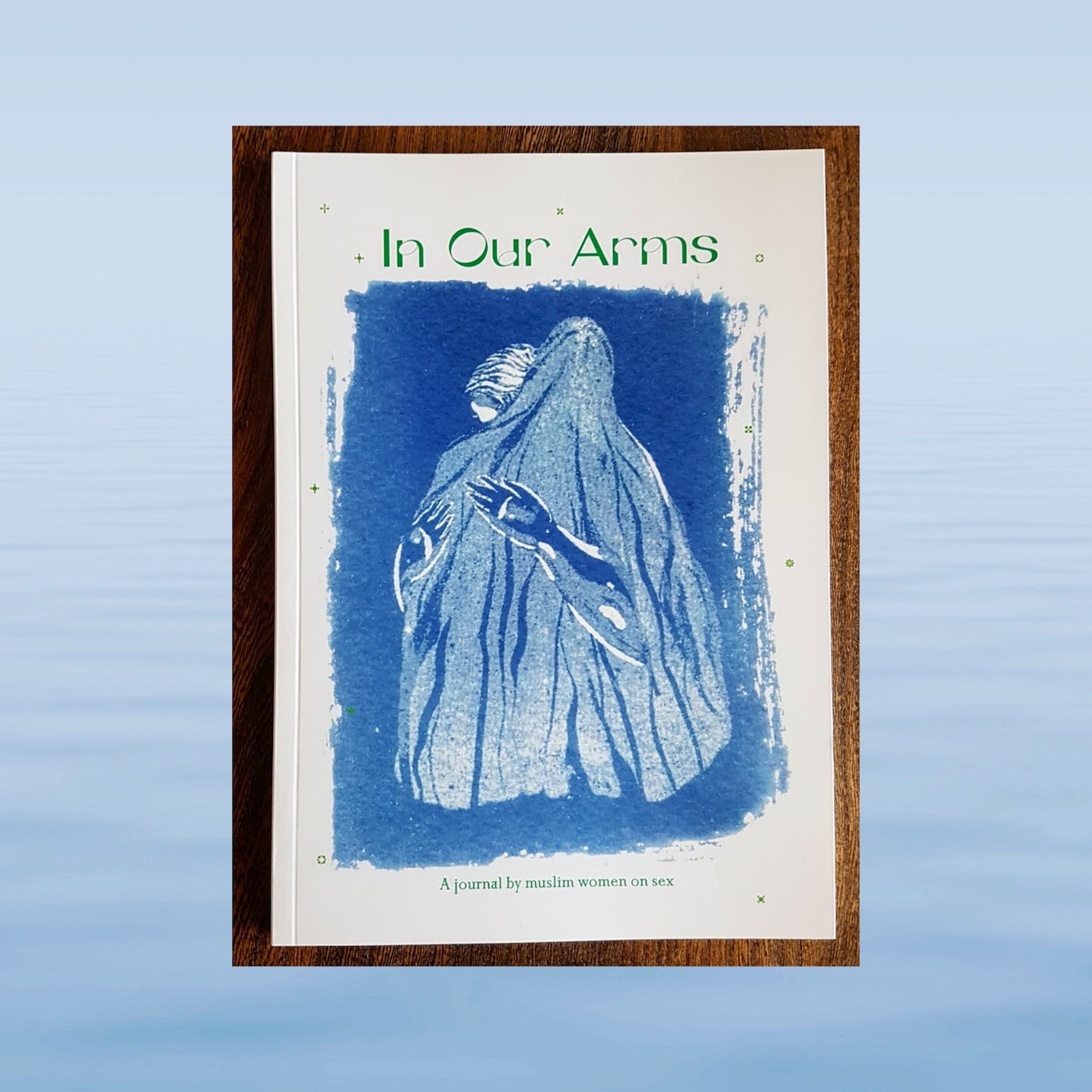 Rather ironically, ‘In Our Arms’, the zine project exploring the pleasures and joys and nuances of sex for Muslim women all started with my rather joyless experience using hormonal contraception. Before getting married, I got the Depo-Provera* injection and ended up with really negative side-effects. After months of ignoring it all and waiting for the side effects to just pass, I did what I should have done right from the start: I researched it and suddenly realised that what I was going through was quite common for women who have had the contraceptive injection. I felt relieved and also really, really stupid.

Why did I wait so long?

Why hadn’t I connected the dots earlier?

How did I not know about this? 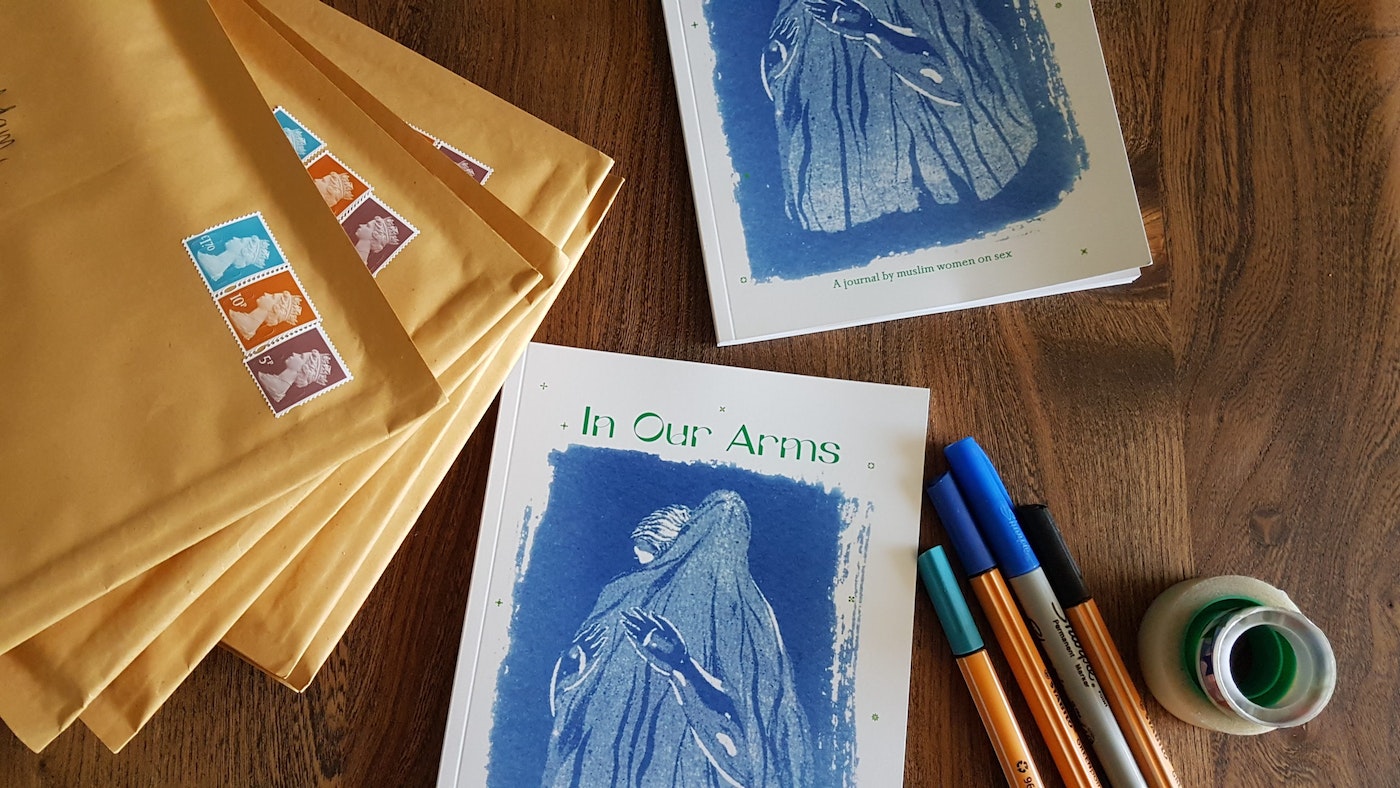 Finding out the the reaction I’d had was quite common, I was suddenly on a mission to tell all my Muslim friends about it and let them know that this can happen to them, I wanted to warn them to watch out for it and be prepared. A lot of them had no idea about it, but one non-Muslim friend I told was like ‘yeah, everyone knows that can happen with the injection, you just have to keep an eye out for it and just switch it if it doesn’t work for you.’ I was totally gobsmacked. How is it that she had known this since she was a teen (as it turns out) and me and my friends (all grown-ass Muslim women around 30) had no idea? I think that was the moment I realised I wanted to do this zine project.

I wanted Muslim women to know more about their bodies and to be better prepared.

Initially driven by this need to warn women,  the project grew and became more focused as time went on. It developed into an opportunity to have a deeper, more meaningful conversation about sex. As I started having conversations with my friends, I noticed that there was already so much fear and terror around sex, and I knew this zine could do good by highlighting the joy and pleasure of sex instead. So that’s what we did. In fact, we made a conscious decision that the very first article would be about centring pleasure in sex.

I also wanted the zine to be a place where Muslim women could write about their own experiences as a way to share their own advice and tips, because even though I knew there were real knowledge gaps, there was a lot that we did know – we just weren’t sharing that with each other often.

I wanted to challenge the thinking that Muslim women need to be educated by outsiders about sex and that they have nothing to say on this topic themselves. We do. It’s just that the safe space to do that – either in person or via a platform – aren’t really there and so I wanted to use this zine to try and create that space.

In fact, I sometimes think that this whole project was really just an excuse to start this conversation with so many of my friends. It was so much easier to say to my friends, ‘Hey, I want do this zine project on sex and sexual health, do you want to share anything?’ than to start a conversation out of the blue on this issue. I mean it shouldn’t be that way but it is and if this zine can help get other people started on that life-long journey exploring sex, if it can be the reason that they start  that conversation with each other, then Alhamdulillah, it has done its job.

All the contributions, even the illustrations, are by Muslim women and everything comes either from their lived experience or their own search for knowledge on these issues. 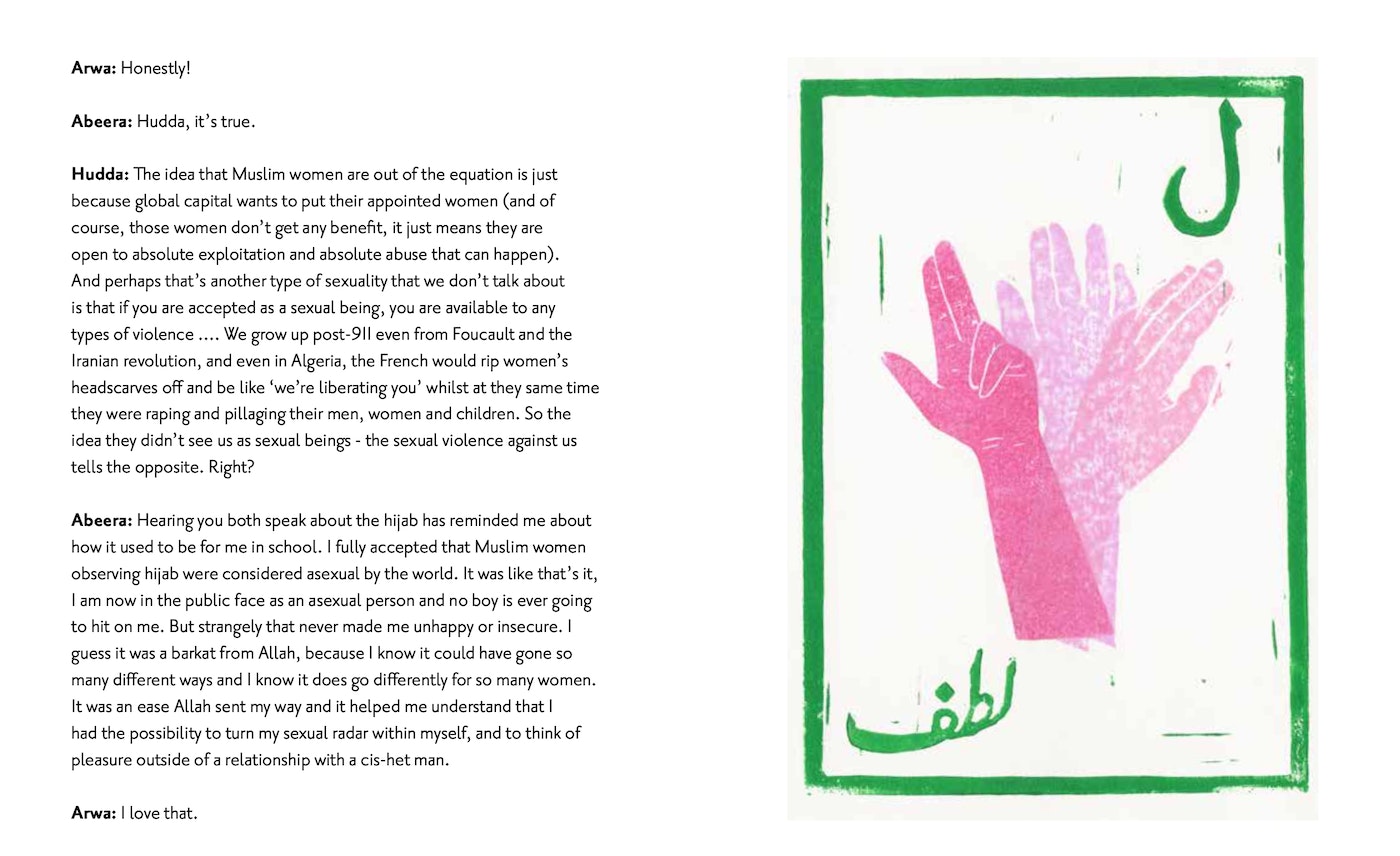 There’s a piece by Sumaya Kassim on her relationship with sexuality and faith, an article exploring the racist history of the pill, moving advice by Hudda Khaireh on getting your smear test and why it’s so important as a Black Muslim woman, a tender piece by Sabba Khan exploring her own and her mothers shared and also disparate experiences of sex, and Abeera Kamran’s beautiful piece about learning the word for vagina in Urdu with her dadi amongst many others. 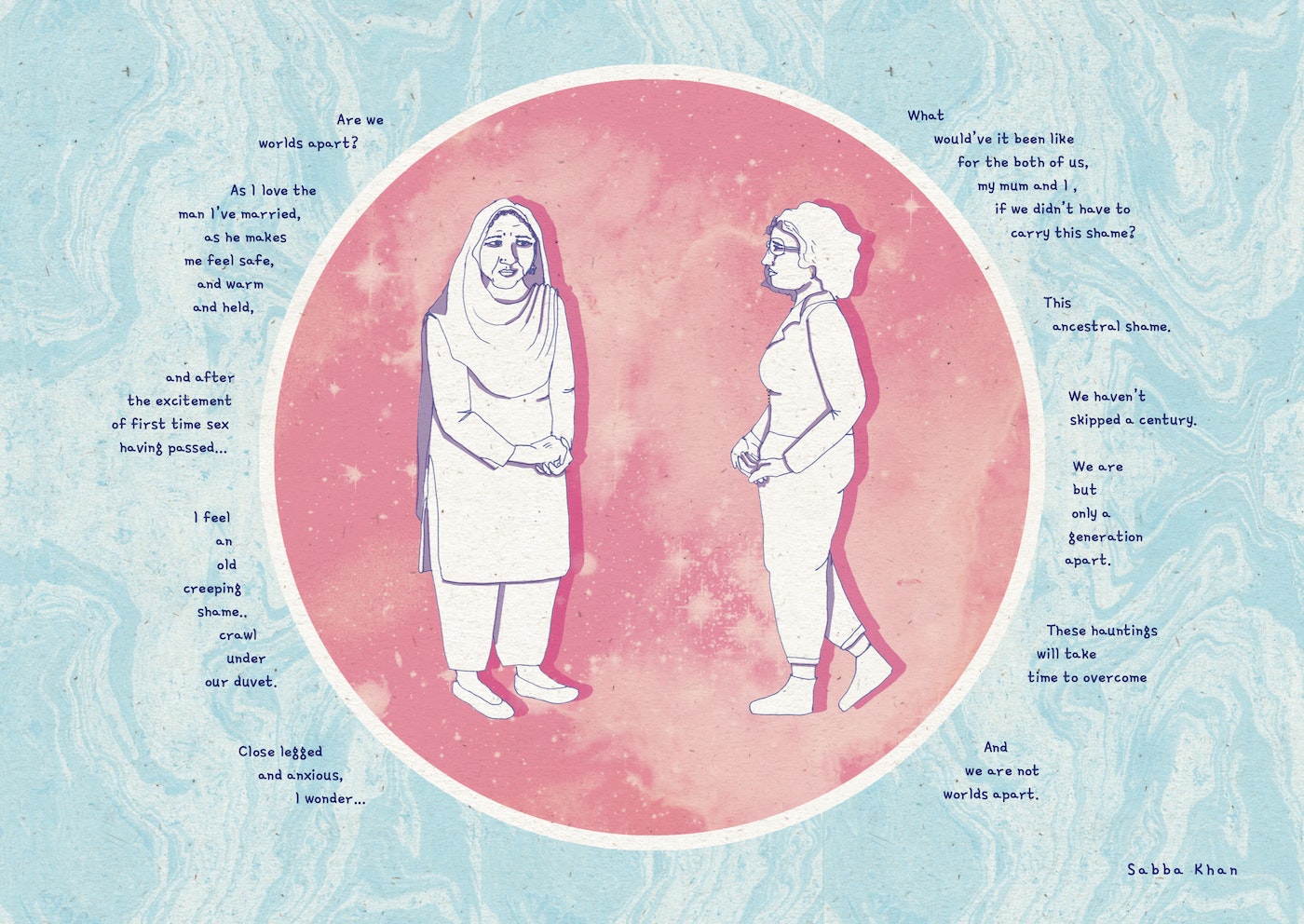 I’m really proud of all the women who came forward to share and be part of this project and also to those who helped me navigate this new space. I felt like I was the last person on earth who should be doing a project like this as I had zero knowledge or experience (and I know I made a bunch of mistakes) but I just kept reminding myself of the words of my friends that this is just the start.

This project helped me to understand that thinking and learning about sex and sexuality isn’t a one-time thing where you tick the boxes and suddenly, you know everything. It takes a lifetime and I’m committed to that process and keen to bring more women on that journey too.

* This article reflects the personal experience of the author and is not intended to be a substitute for professional medical advice, diagnosis, or treatment. Always seek the advice of your doctor or other qualified health provider with any questions you may have regarding any medical conditions or symptoms.

Arwa Aburwa is a documentary filmmaker and writer with an interest in race and the environment. Arwa co-founded Other Cinemas, a project that aims to showcase and support the work of Black and non-white filmakers in ways and space that aren’t alienating to these communities. You can see more of her work on Vimeo or IG: @arwaaburawa

How to Talk to Your Kids About Money

24 Questions to Ask Yourself Before Marriage